Destinations / The Best Parliament Houses in the World / The Massachusetts State House, Boston


The Massachusetts State House was built between 1795 and 1797 on Beacon Hill and overlooks Boston. The building's front feature represents an elevated portico with a series of Corinthian columns. The large gilded dome is topped with a lantern and a pinecone, a symbol of the forests of Massachusetts. The dome was originally made of wood shingles. These were replaced in 1802 with copper. In 1861, the dome was gilded and this remained so ever since, except the second World War, when it was painted black. The most remarkable feature of the building is the golden dome. Originally the dome was made of wood, then copper, then in 1874 it was covered with gold. During the Second World War, the golden dome was painted black to hide the air strikes. Since 1947, the skyline of Boston rose again the golden dome of the building. To maintain the characteristic sheen, the gold layer was updated every 25-30 years. The gold leaf thickness of five millionths of an inch is so thin that the direct light shines almost through it. The last restoration of the dome occurred in 1997. At the top of the dome is located a pinecone, symbolizing the importance of forestry for the formation of the economy of the New England of that period.

Write your Review on The Massachusetts State House, Boston and become the best user of Bestourism.com 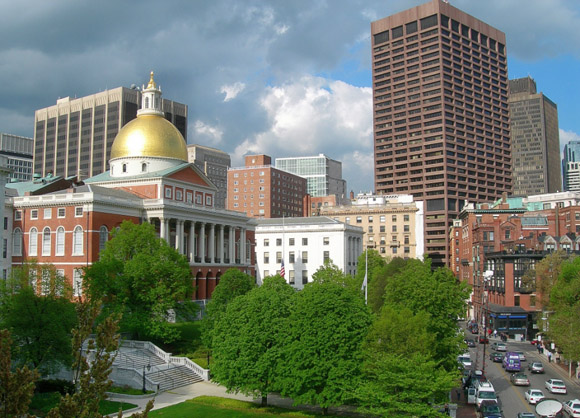 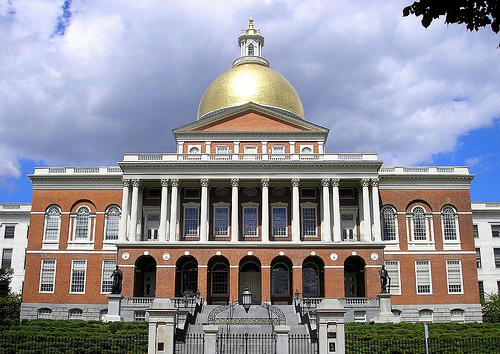