Destinations / The Most Famous Towers in the World / Big Ben


This clock on the tower of the Parliament of the United Kingdom can be heard around the world. The BBC Radio microphones transmit them every hour. It was for the first time that Big Ben stroke at night from 31 to 1 to the whole planet officially in international interim standard goes into the New Year.

The world-famous clock Big Ben Tower is situated on the Houses of Parliament in London. The very same parliament building is located on the banks of the Thames near Westminster. The Palace of Westminster previously served as a refuge for kings, and now the Lords and Commons are there. Inside the building, there are more than 1,200 rooms and halls, and whole miles of corridors. But the most famous part of the Palace is undoubtedly the clock tower Big Ben. These hours can be heard at the beginning of each hour on the radio BBC, and on the night of December 31 to January 1. The first strike of Big Ben has officially announced the beginning of the New Year in the world. Getting inside the 96-meter tower can only use a narrow spiral staircase. After the completion of all 334 steps, you will find yourself in a small open area in the center where the legendary, the Big Ben bell is. You'd be surprised, but Big Ben is not at all hours, as many believe. Over the years this name means clocks, bells, and even the tower itself. Originally it was a bell, which decades later would be known around the world. The dimensions of "Big Ben" are really impressive - the height is of over 2-meters and the base diameter is of almost 3 meters. There are several theories as to why the bell got its name. A theory is that Big Ben was named after Sir Benjamin Hall, who was director of operations for casting bells. For the second version, the bell-heavyweight ( weighed 13.7 tons) was named in honor of the popular at the time boxer Benjamin Count, who spoke in the heavyweight division. The tower itself was built back in 1858. The clock was set a bit later and started on May 21, 1859. The height of the structure reaches the 61st meters, and considering the sticks into the overcast sky spire of London, all of 96 meters. The clock mechanism is located at an altitude of 55 meters above the ground. The clock has impressive dimensions: the diameter is of 7 meters, the length of the large and small arrows are of 2.7 and 4.2 meters respectively. Thanks to such a significant size, London hours were long considered the greatest of the world for hours, losing the first place only recently. Each of the 4-dial was affixed a Latin inscription - " Domine salvam FAC Reginam nostram Victoriam Primam ", which means" God save our Queen Victoria. " The five-ton clock mechanism is checked several times throughout the day. It is interesting that the accuracy of the monitor uses coins-penny, and what is not normal, was only issued until 1971. The clockmakers added or removed a coin from swinging back and forth a huge pendulum. This procedure ensures precision to Big Ben.

Big Ben, during its existence, has become a symbol of Great Britain and London. The image of the clock tower can be often found in advertising, films, books in English. To get inside the famous tower is very difficult for tourists, because tours are conducted only during September. 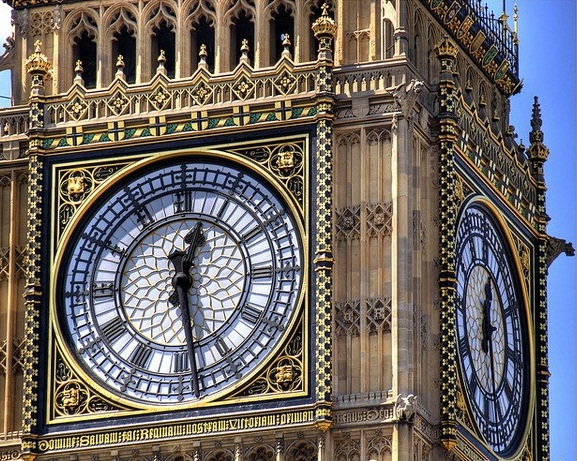 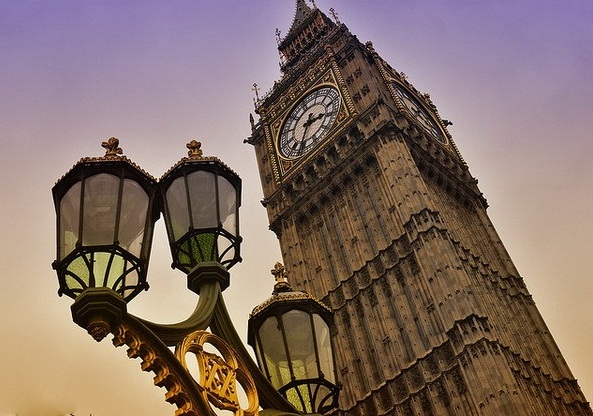 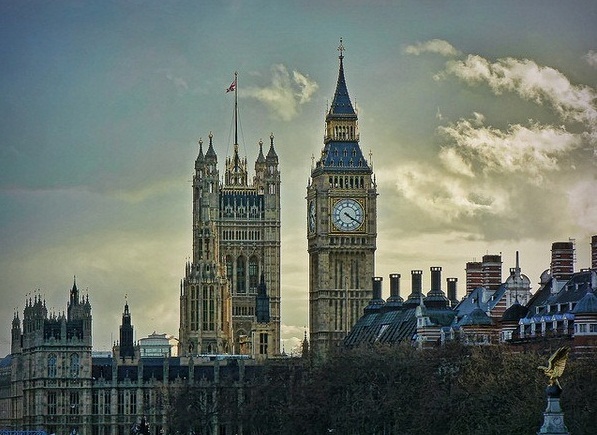 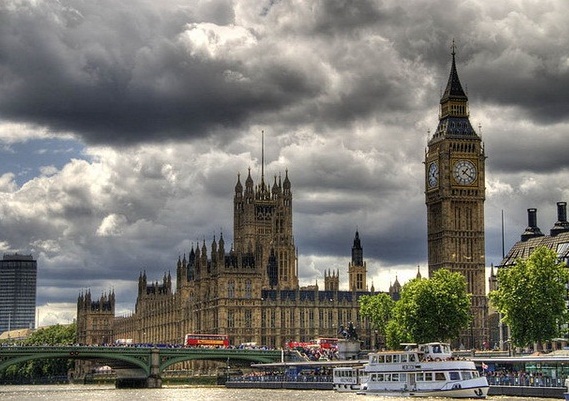 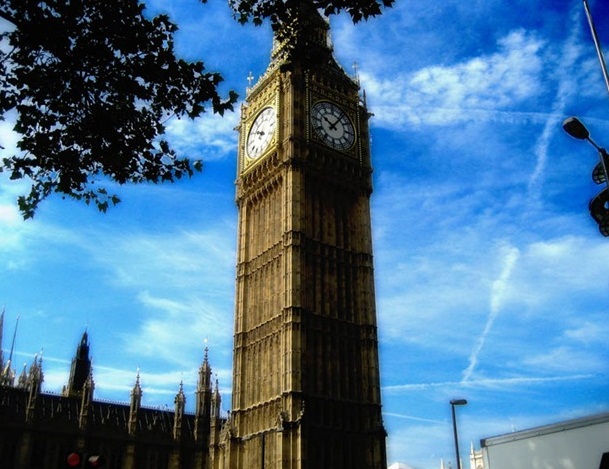