Destinations / The Most Famous Towers in the World / The Tokyo Tower


By the middle of the 1950s, Japan has largely recovered from the effects of World War II. The horrific scale of the military defeat, the two nuclear bombings, the shame of the surrender, the bloodless economy and the huge loss of life - it was all over. The country, cast a heavy burden of prewar militarism and was optimistic about the future. The whole world already started to talk about the Japanese "economic miracle" and the symbol of the miracle, a symbol of a resurgent Japan, became the 333-meter Tokyo Tower. Its appearance is very similar with the Eiffel Tower in Paris. This image of the Japanese engineers has been chosen not by chance: the first large post-war Japanese building clearly showed the new guidelines revival to the world. At the same time, the Tokyo Tower is 13 meters higher than the Eiffel Tower. Upon completion in 1958 it became the highest tower in the world for a short period of time (in 1967 the Ostankino Tower in Moscow broke the record). Today, the Tokyo Tower is the world's tallest structure, made of iron. The cost of the building of the tower was of 2.8 billion yen. In 1950 - 1960-ies it was the tallest building in the Japanese capital, but today it is inferior in scale to the skyscrapers, which rose in different parts of Tokyo. Like its "elder sister" - the Eiffel Tower, the Tokyo Tower functions as a radio and television broadcasting antenna. It establishes the signal transducers of nine television and five radio stations and, in addition, a variety of weather instruments. The Tokyo Tower weighs about 4,000 m. This is much less than the weight of the Eiffel Tower, which weighs 7,000 tons, an achievement - the result of advances of steel production and the construction of technologies. According to the aviation safety rules, the tower is painted white and orange and it took 28 000 liters of paint. At night, the tower lights 176 bright floodlights - orange and white in winter and in summer. The Tower is one of the most popular attractions in the Japanese capital, the real "calling card" of Tokyo. Visitors can take a lift to home (at 150 m) and special (250 m) viewing platforms and enjoy the magnificent views of the city. When there is good weather the horizon of the snow-covered cone of the famous Fuji Mountains can be seen here. The first tier of the tower is a huge aquarium, home to about 50 000 fish belonging to about 800 different species. This is one of the best aquariums in Japan. Above there are shopping arcades, restaurants, cafes to 1,000 seats. On the third floor there is a wax museum, and on the fourth there is an exhibition of holography. Just as the Eiffel Tower, the Tokyo Tower has become a kind of cliche in the European and American cinema, the tower in Tokyo is the constant "hero" of Japanese animation. The Tokyo Tower is a member of the World Federation of Towers and a great tourist attraction.

Write your Review on The Tokyo Tower and become the best user of Bestourism.com

Maps of The Tokyo Tower 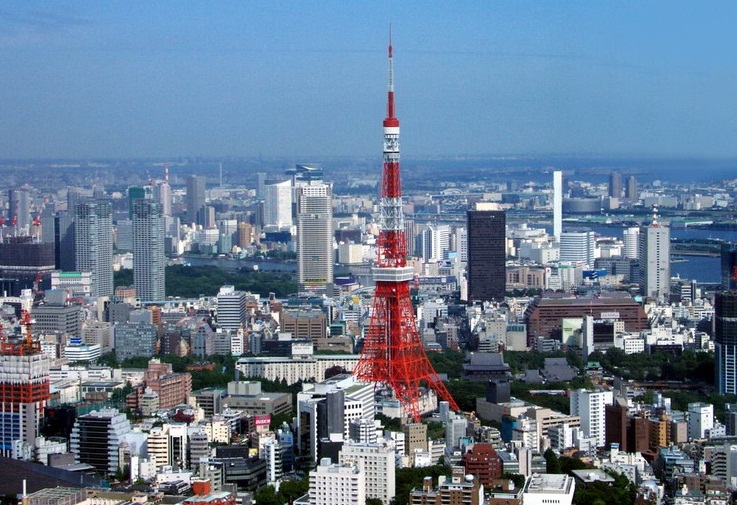 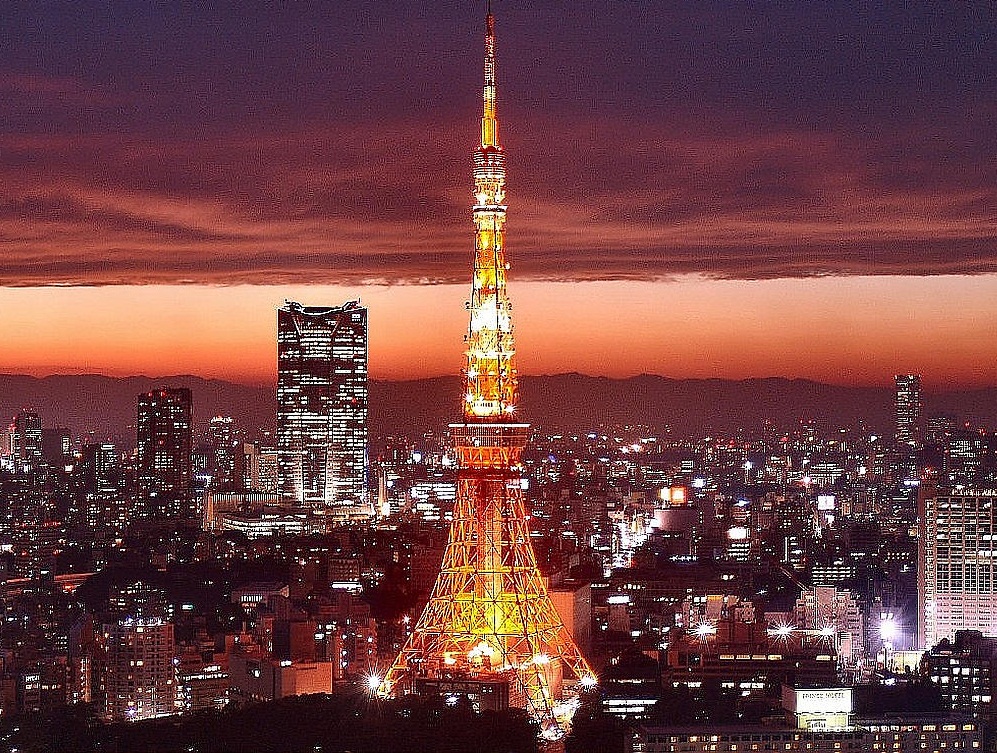