Destinations / The Most Famous Towers in the World / The Towers of San Gimignano, Italy

The Towers of San Gimignano, Italy


San Gimignano is a town in the province of Siena region of Tuscany. The fortified city is situated on a hill in central Italy, south-west of Florence. The city has a population of about 7000 people. The historic city center is surrounded by a fortress wall. The maximum width of the city inside the walls is of 500 meters. However, in the past the city was divided into four regions: San Giovanni, Piazza, Castello and San Mateo, whose representatives compete during the harvest festival Ferie delle Messi. The city bus station, where the coaches arrive, is at the southern gate of the fortress wall ( San Giovanni).

San - Gimignano, famous for its medieval towers, is located on a hill about 334 m above the sea level, dominating Val d'Elsa. The city, built on the site of Etruscan settlements began to develop around the tenth century. The city took its name from the Holy Bishop of Modena in the sixth century, which saved the town from the barbarian hordes, commanding Totiloy. In the Middle Age, the city has achieved remarkable growth through the Francigena street, which crossed the city. San - Gimignano in the thirteenth century, reached its peak and has been enriched by valuable works of art that adorned many temples, palaces and monasteries. The economic stability of the city has favored the aristocratic class, who showed their political power through the construction of the famous 72 towers in the fourteenth century, today only 14 remained. A terrible plague in 1348 and the decline of the population, caused a serious blow to the economy of the city, followed by a deep crisis, which led to the decision of the rulers to submit to Florence. In the following centuries San Gimignano was a significant decline and decay. The beauty of the city, its architectural and artistic treasures, however, dramatically in the recent years have revived the fate of economy and culture of the city. In 1990 San Gimignano entered the list of the Cultural World and Natural Assets by UNESCO. San - Gimignano is surrounded by the natural environment of rare beauty, which is characterized by alternating vineyards and olive groves typical of the Tuscan landscape. The main production of this land is the excellent wines which are produced from the Middle Ages.

Towers are the pride and the glory of San Gimignano. This historical miracle make the dream of Guelphs and Ghibellines, of Dante come true. In the XIV century they built a tiny urban republic, building a local noble family. They still keep the old names, even now, one of them is called the Salvuchchi tower, and another - on behalf of the implacable enemies of the family, the Ardingelli tower. The same towers were once the Florence and Siena. There's time and the new needs of their life were destroyed. They kept only this small town which is the little blessing and the temptation of culture. These useless and bizarre constructions had been preserved like their best property. "

Write your Review on The Towers of San Gimignano, Italy and become the best user of Bestourism.com

Maps of The Towers of San Gimignano, Italy 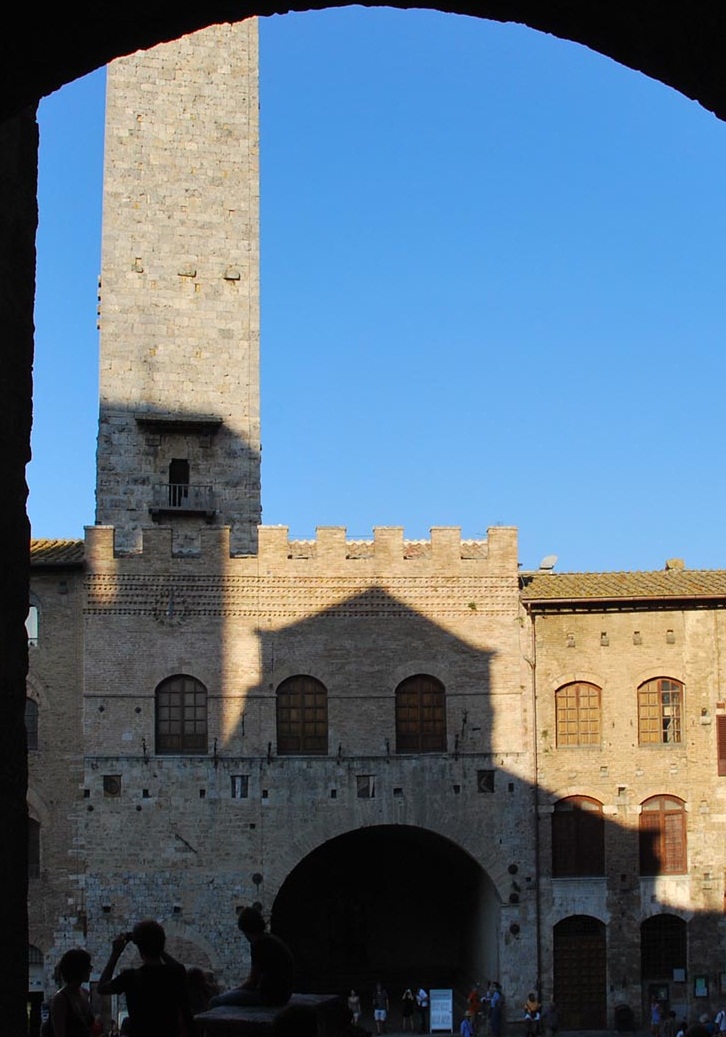 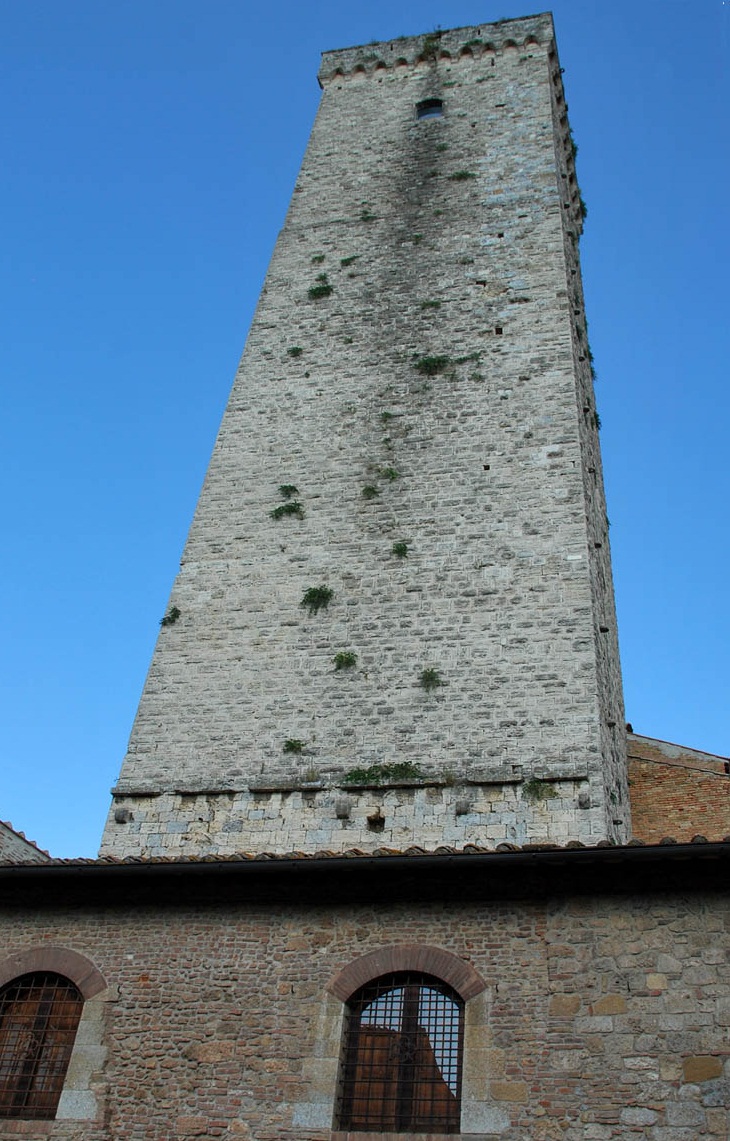 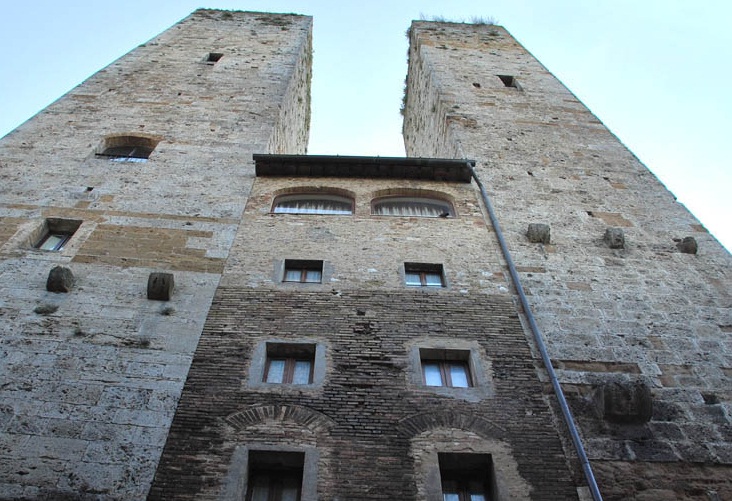 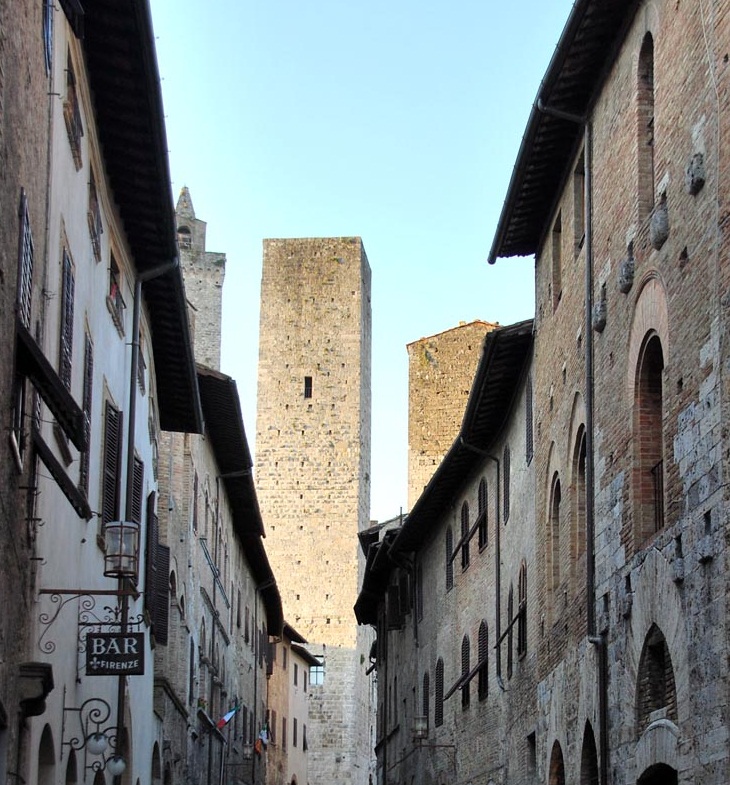 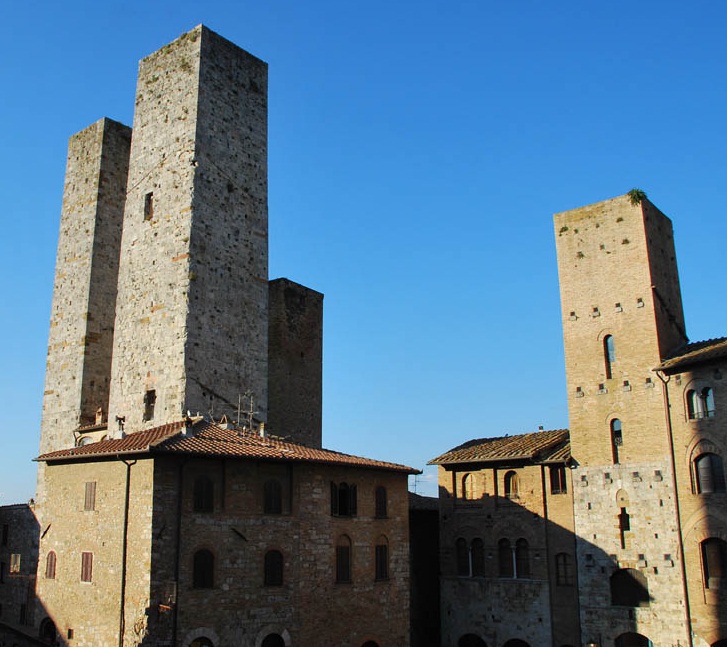