Destinations / The Most Famous Towers in the World / Galata Tower


The date of the construction of the Galata Tower is not known, but it was stated that it was built in 507 AD. during the reign of Emperor Justinian. The tower, which the Genoese, called the Tower of Jesus, and the Byzantines who called it the Great Tower, took its present appearance in 1348 during the rule of the Genoese. The tower was severely damaged by an earthquake in 1509 and it was rebuilt by the Ottoman architect Hayrettin. During the Sultan Suleiman Magnificent, the tower was used as a prison for convicts prisoners who worked on Kasympasha. In the late 16 th century, the chief astrologer Takiyeddinom Efendi established an observatory at the Galata Tower. Galata Tower, which for some time served as an observatory was closed by Sultan Murad III and the newly sultan converted it into a prison. In 1638, during the reign of Sultan Murad IV Ahmet Celebi Hezarfen, an inventor made wings and flew safely to the Galata Tower in Üskudar, located on the other side of the Bosphorus. Closer to the 17, the tower was placed by a team of firefighters and after the 1717 the Galata Tower was a service as an observation post in case of fire. But in an ironic coincidence, the tower burned in a fire that broke out in 1794. The Galata Tower was reconstructed during the reign of Sultan Selim III. In 1831 the tower had a second fire. At this time the tower was repaired by order of Sultan Mahmud II, and two more levels were built, and the famous conical roof, and here was established a stele with an inscription about the restoration of the tower from the pen of Perth Pasha. In 1875, during a heavy storm the cone roof was demolished, which was again rebuilt in 1960 . Today, Galata Tower is at the disposal of a private company that uses it exclusively for tourism purposes. You can lift up only 7 floors, and on the upper level 2 on staircase. The restaurant is located on the top floor. You can exit at the roundabout balcony with a magnificent view of Istanbul and the Bosphorus Strait.

Today the tower is 66.90 m Galata, OD - 16.45 m, the inner diameter is of 8.95 m. The thickness of the walls is of 3.75 m. Galata Tower on the top of a high sixty-one meter is visible from all points of the city. From its summit it offers a magnificent panorama, which attracts many tourists and visitors. The tower is located on a hill above the Sea of Marmara, the Bosphorus and the Golden Horn. You can climb on the scenic terrace of the tower, breaking one hundred forty-three stairs or by elevator. It is known that there was a tower in these places in the fifth century. But the tower, which has reached us, dates back to the mid-fourteenth century. The Genoese, who captured the Byzantine areas, erected a defensive tower in this place, giving it the name of the "Tower of Jesus." The diameter of the tower is nine meters and a height equal to one hundred forty meters. The fire tower, barns, a lighthouse, a jail were located here in different years during the Ottoman period. During the restoration work on the tower in the twentieth century the conical roof was already completed. Ahmed Chalabi Hezarfen, being a jack of all trades, performed a test of his invention and flew from the tower on the opposite wings.

Galata Tower stands at the top of Galata, on the European side of the city. It can be seen from almost all points of the city. If you visit Galata Tower in the evening, you can become a member of a colorful show, you can also enjoy a "belly dance" performed by the Turkish beauties, but also taste the delicious local cuisine.

Write your Review on Galata Tower and become the best user of Bestourism.com 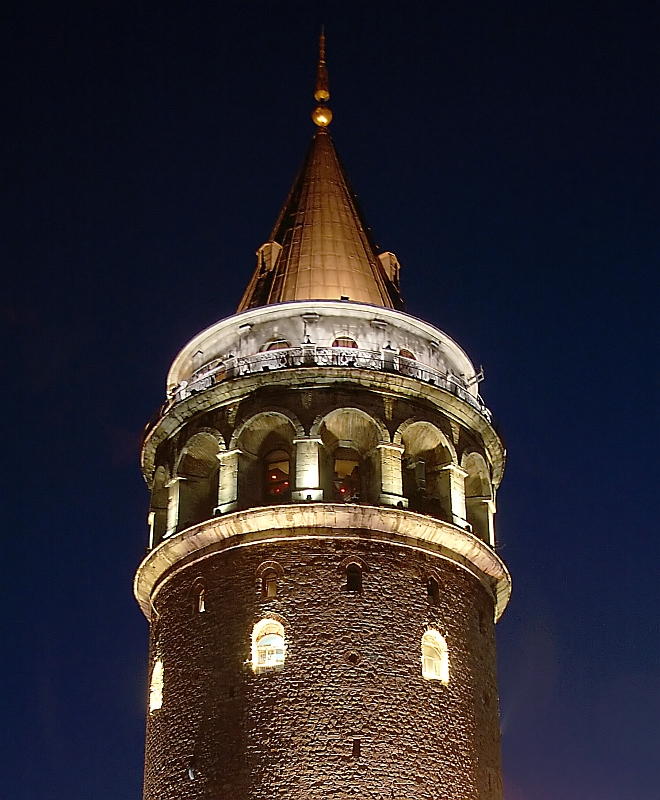 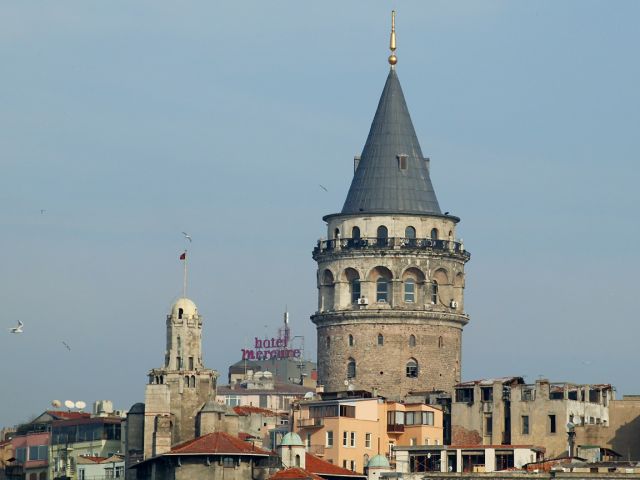 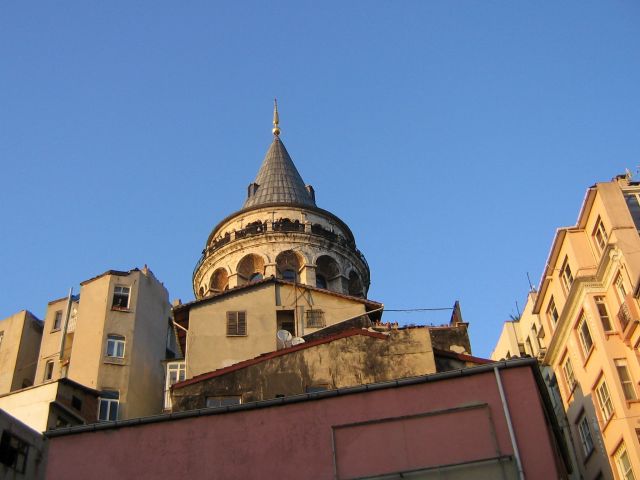