Destinations / The Most Famous Towers in the World / Axum Stelae


The Axum Stelae is a huge area where there are several huge stelae or obelisks. Along with other city attractions, the field of steles in the city attracts many tourists. These stelae date back from the 300 - 500 years BC and it is likely they appeared there before penetration into the territory of the appearance of the Christian religion into the territory.

Their purpose is likely a religious character, but probably not, unfortunately, is impossible. Many researchers believe that these obelisks mark the burial place of ancient kings, in the lower parts, some of the stelae have altars with special grooves made to drain the blood of victims. The imperial family adopted Christianity in the 4th century BC, and in the 5th it spread in Ethiopia. Accordingly, these stelae appeared here during the change of religion, which can be seen on the images. On many of the obelisks are Christian paintings and inscriptions. One of the largest stelae was dismantled in 1937 by Mussolini's troops and transported to Rome. In 2008, the lower part of the obelisk was returned to Ethiopia. It is expected that in the near future the two remaining parts be back to Axum and be installed here. On the northern stelae field, there are a total of more than 120 stelae, made of smooth gray stone. Each stele is made of a single piece of granite and turned its face to the south. All the steles are carved in such a way as to resemble a home: the bottom is a picture of the door, above the transverse band divided it into "stages" in which there are images of the windows. They are smooth, except for a single ring clasp at the top of the stele. On the top of all the stelae there are semicircular shapes, which symbolize obviously heaven. Some scientists believe that these stelae were dedicated to the sun god, and the locals. There is a legend that these phallic symbols were dedicated to fertility. The largest obelisk (32.9 m) fell down, probably during the installation. It lies on the ground, which allows close view images on it, to investigate the manner and the style of work. If this obelisk had been still standing, it would have been the tallest obelisk in the world! According to the legend, beneath it is the tomb of the beautiful Queen of Sheba. One of the biggest steles is King Ezana, which stands near the entrance to the field. Ezana was the first king who converted to Christianity and began to spread in Ethiopia. The field of stelae in Axum is impressive and it is certainly worth visiting. You can do absolutely stunning photos. Between two applications of this technical device are thousands of years 3000-4000.

The very technical invention that proves the truth of the alien / aliens is also very interesting. The first episode sends us to a distant Ethiopia, to its ancient capital, to the city of Axum. The capital of one of the four superpowers of the world (past): the kingdom of Persia and Babylon, the kingdom of the Roman, the kingdom of Aksum and the kingdom of China. And turn our attention to the three stelae which survived till nowadays. They allow you to see at firsthand the technical superiority of extraterrestrial civilizations which visited these places, and their memory remained in the oral history of the city / state. Why technical superiority? The surviving stelae, with heights of 21, 24 and 33.5 meters are made of cast basalt, which modern tools and techniques cannot handle. Moreover, extant stelae among the many other stelae, have fallen to the ground. Why extraterrestrial civilization? According to the popular legend, handed down by word of mouth for thousands of years, giant stelae made cyclops (you can read the aliens in space suits, where the front part of the helmet was made of translucent, and looked like a big eye). They were cast in stone stele in the prepared forms. But that's not the point. Even a broken-stelae gave the impression of a multilevel structure, composed of separate parts. According to an oral tradition, the aliens have done several times smaller copies of their own homes - the skyscrapers, which had the front door. Is it closer to reality, if the aliens wanted to leave a memory, for the living people, and for the descendants of the same aliens who visit these places again and again? In other words, how the skyscraper design fits into a logical framework so reasonably? So, if the aliens have made their steles of the monolith without this particular structural element (cylinder lock), the stele would remain very tall towers - one of the wonders of the ordinary. But the newcomers have shown specifically how their high-rise building (stackable tiers), fix every floor of genius in its simplicity connection. Once again confirming that they reflect the real structure they use in everyday life (though reduced in a few dozen times). By the way, does not it look like a stele at 22 kilometer tower-building, which the U.S. astronauts saw in an expedition to the moon?

Write your Review on Axum Stelae and become the best user of Bestourism.com 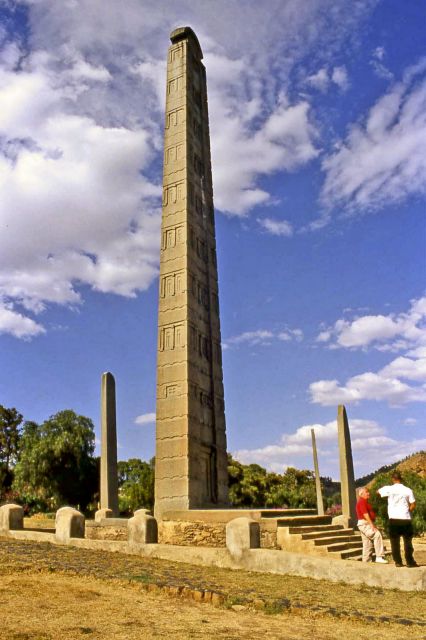 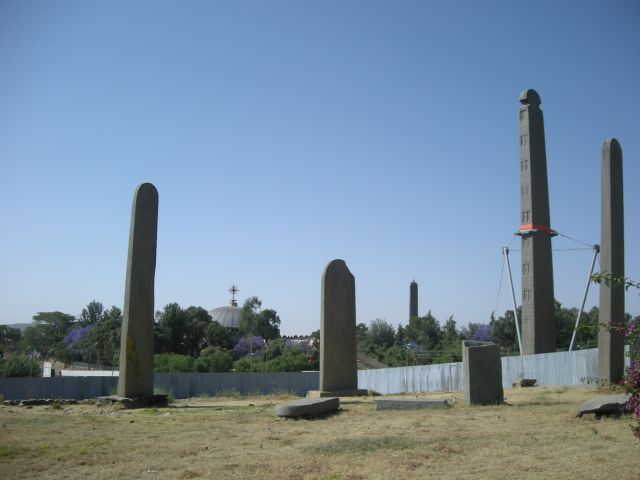 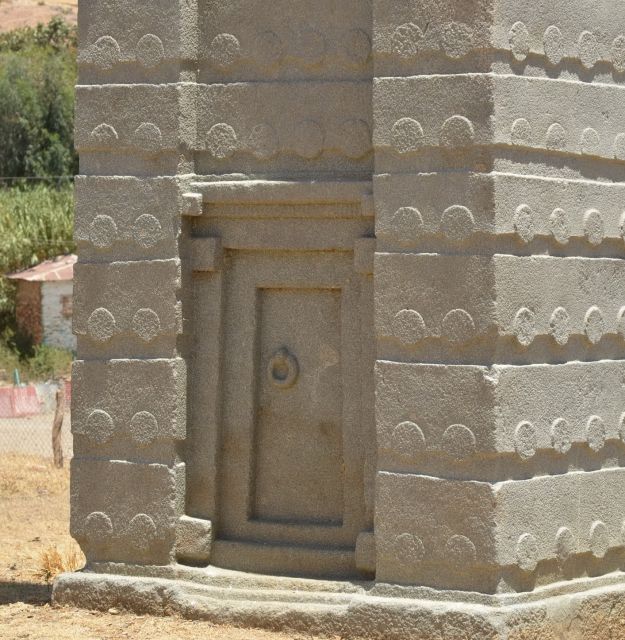