The Mexican territory is like a giant bowl of Mexican plateau. The volcanic plateau Mesa ( which in Spanish means - "table") lies in the center of it, bordered on two sides by steep rocky ridges of the Western and of the Eastern Sierra Madre. Along the southern margin of the plateau the Transverse Volcanic Sierra stretches from the east to the west - a gigantic mountain barrier formed by fused into a majestic wall of cones of volcanoes. This is one of the largest volcanic systems of the Earth, which can be compared with that unless the East Ridge of Kamchatka with its dozens of active volcanoes and the famous Avenue of the Volcanoes in Ecuador. Here is the highest mountain in Mexico and the second highest mountain in the North America - the Orizaba volcano. Its right cone rises above the plateau for three miles, and the total height of Orizaba above the sea level exceeds the height of Mount Elbrus. However, the eruptions of Orizaba were already three hundred years, so that Mexicans do not perceive it as a volcano.

Another volcano, located in the west is Popocatepetl, familiar to every inhabitant of the capital of Mexico City, as the white silhouette of Fuji is familiar to the Japanese in Tokyo. The very name of it (in translation from the language of the Aztecs - the ancient inhabitants of Mexico is the "smoking mountain") which describes its turbulent disposition. And besides, "the Mexican Fuji" has a dozen active smoking volcanoes, which growl and spit stones in the fire-breathing mountain range, not counting those that are temporarily or permanently "asleep", like an elegant neighbor of Popocatepetl, the Istaksiuatl mountain. These two mountains located near the Aztecs worshiped their gods apart offering rain. Each year, they made sacrifices, asking that the clouds, gathered at their tops, turned into clouds of rain and showering the field of celestial grace moisture.

The Aztec legend says that in ancient times, a young man Popocatepetl, in love with a beautiful Istaksiuatl, did not want to throw it when the gods drew up the hill for the hapless grave misconduct. He prayed to the gods, and they granted his request. Since then, he stands next to his beloved over the valley of Mexico. The Aztecs volcano could be both a mountain god and man, and many of the formidable mountains revered by locals and were objects of worship. But the only unanimous Popocatepetl caused awe and love for all Indians. And these days, long ago mingled with the Spaniards and retained a love relationship to "El Popo", as it is called by the people. Of course, not all fire-breathing mountains of the Transverse Volcanic Sierra soar more than five miles and sparkle with snow, as Orizaba and "El Popo". Among them, very small black cones of young volcanic structures are raised, many of which deliver a fair concern of the inhabitants of the nearby villages. Volcanoes occur here in the present. Thus, the volcano Horulo appeared in the XVII century. The repeated monster, now has grown to one thousand three hundred meters and is not going to be complacent. Another volcano, Parikutin was born in 1943. The eruption began unexpectedly. The peasants who sowed corn, noticed a crack in the middle of the field, which released from the suffocating gas. Soon the lava flew from the slot, formed a cone, which continued to grow, reaching a height of three hundred meters. The flow of the molten basalt rushed towards the Parangarikutiro village for six miles and destroyed it. Several thousand hectares of fields and woods in the vicinity were burned and buried the ashes.

The volcano has erupted almost continuously for nine years forming a cone of two thousand eight hundred meters. Popocatepetl does not make such troubles as Parikutin to the local residents. The last big eruption was in the 820 year. Since then, there are twelve centuries that it only occasionally throws a cloud of volcanic gases, ash and incandescent fragments of lava. And then the inhabitants of Mexico City, located half a hundred kilometers from the volcano, said: "El Popo is angry." This burst of activity was at Popocatepetl in 1923 and then repeated over seventy years. The danger in this case were not the fiery lava rivers, mudslides and powerful, formed from the melting glaciers on the slopes of the revived volcano. But the melted glacier water, mixed with ashes and rubble of lava sheets, mad rushes provoked an avalanche running down through the gorges, sweeping away everything in its path. Fortunately, the eruption of 1993 has not affected the northern slopes of the "El Popo", so that the residents of the suburbs of the Mexican capital were not injured. Volcanoes are known to bring people not only grief and misery. Everywhere in the vicinity of volcanoes, whether on the island of Java or the Philippines, Japan, or in Sicily, they form fertile volcanic soils favorable for the farmers to harvest rich crops. In such places, Wild vegetation violently stretches to the sky in such places which leads sometimes to the appearance of these giants of the "green world". Mexico, in this sense is no exception. Here, on the southern slope of the Transverse Volcanic Sierra, near the town of Tula, one of the largest and the oldest trees on our planet are growing. The mighty yew, called "The Tree of Thule," is declared a nature sanctuary in Mexico. Its age, according to some scientists, is more than four thousand years. Others, more skeptical-minded, believe that it has "only" two thousand years. But even if the "Tree of Thule" was a contemporary of the Egyptian pharaohs, its dimensions equals respect. The height of the gigantic yew exceeds forty feet, the height is equal to a thirty floor building and the circle is equal to thirty-eight meters. This means that the tree can be embraced by thirty adult men. The shadow of the green giant crown covers an area of eight hundred square meters and the weight of the huge hole is about five hundred and fifty tons! If cut down, then to transport it would take fifty timber railway platforms. According to the legend, under the "Tree of Thule" five centuries ago the Spanish conqueror of Mexico, Cortez was camping. Later, the Spaniards built beneath a Catholic church, which seems a toy next to the giant tree. Cortes, incidentally, marked the beginning of the economic use of the Mexican volcanoes. It was he who sent a detachment of his men at the top of Popocatepetl, so they got out of the crater more sulfur for the manufacture of gunpowder. Volcanic sulfur deposits in the vicinity of the Mexican volcanoes developed so far. Reserves of this fossil Mexico are ranked first in the world. Volcanic eruptions occur in the country almost every year. The seismic activity takes place in the area. It is believed that a tenth of all earthquakes on the planet occur in Mexico, and its banks. Nevertheless, Mexicans love their volcanoes. Whether in jest, if they continue to argue seriously that the snow-capped giants maintain their divine power as before and it depends on whether the clouds gather in the swollen rain clouds or dispel them without a trace. Just as the Japanese worship Fujiyama, the Nepalese - Mount Everest, and the negroes Maasai, Tanzania - Mount Kilimanjaro, the twenty millionth residents of Mexico City affectionately revered "El Popo", in any weather and well marked from the windows of skyscrapers, and houses of the poor outlying huts of the giant metropolis. Popokatepetl is located at just 40 kilometers from the capital, Mexico City, and it is considered a symbol of the country. All night the giant roars, and then begins to throw stones from the crater and lava for several kilometers. In the last 20 years it became more active, and since that time it is closed to tourists.

Write your Review on Popocatepetl and become the best user of Bestourism.com 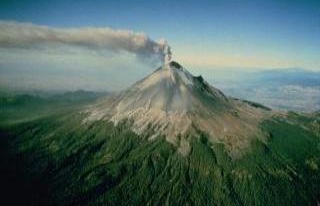 Popocatepetl - The symbol of Mexico 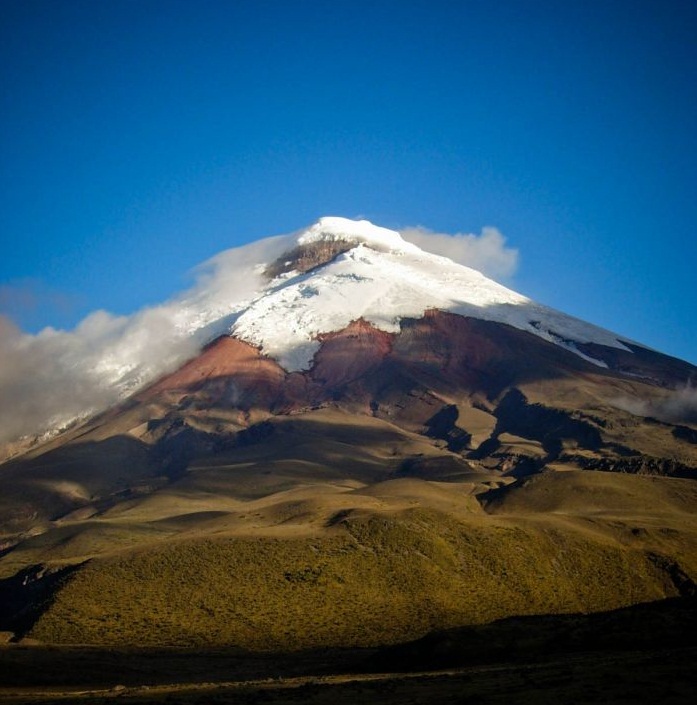 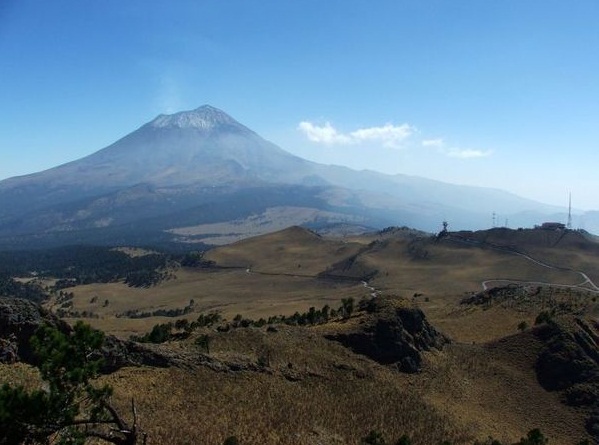