The Bromo volcano offers the most vivid impression of a volcano. If you have a journey in Indonesia, East Java you cannot surely forget and you will always recall this natural enthusiasm. The foot of Bromo we arrived in the evening. The Bromo volcano in East Java has a height of 2,300 m above the sea level. Being always active it strongly erupted last in 2007. It has several craters, all located in the center of a sand sea, which makes life easier for the local people.

Trees are broken, lights also, in general the eruption is an incredible force. For this Ash slush local chase up and down on stools, but they are accustomed. It was very cold, it almost reached the sea. Very dense clouds were moving fast. Sometimes it poured. The wind whistled. The volcano belongs to the Bromo Tengger Semeru National Park . Its name comes from the ruling Javanese of Brahma , the creator god of Hinduism . The Malay Archipelago in the heart of the island of Java has an extensive volcanic area. There, at an altitude of two thousand meters above the sea level in Tengger town, "breathing" volcanoes surround on all sides. There is a small number of nationalities, Hindus, although Java is mainly a Muslim island. Tenggera residents are Muslims but of Hindu origin. It is surprising that this nation, living literally on a "powder keg", doesn’t go anywhere . They like to live at the foot of the volcano. These mountain people live here for more than five centuries. They belong to the kingdom Majapahit, who had a long history. However, since the XV century, Islam has progressively "went" to the West, forcing the people professing different religions. The Majapahit kingdom "set off" in an easterly direction to the island of Bali, where now resides the majority of this nation. Almost the entire royal court moved on this island ... However, another part of this nation , few princesses, warriors, peasants did not want to leave Java and on their way they found a natural fortress in the form of an array of Tengger, protected on all sides by volcanoes and located very high in the mountains. Here the travelers stopped and, moreover, this area was rich in "spiced" volcanic ash, a wonderful fertilizer for the soil. Thanks to it, you can collect several rice crops a year. So, the Bromo volcano, this fire-breathing monster, has four more smaller volcanoes in its crater ( the diameter of the crater of the Bromo is 14 kilometers away), sheltered by its former subjects of the kingdom foot Majapahit, now calling themselves simply Indonesians.

Indonesia is the world's largest number of active volcanoes. Volcanoes occur frequently. Beginning with the 1800 year, according to statistics, they annually take the lives of 760 people. Paradoxically, Indonesians prefer to settle among volcanoes. The Bromo volcano does not behave very quietly. Its last eruption occurred in 1979 with large emissions of ash and lava. For many thousands of years at the bottom of the crater a 200-meter layer of ash formed. Now this place is called ashen sea, appeasement of God, who lives in a volcano, a sacred meal Isolated from the outside world. The Tenggera residents kept their manners and customs of the XV century. Mount Bromo, hangs over Tenggerom, where people speak in the old Javanese Hindu gods and pray that they gave them food and are not angry with them. Every year during the Kesodo holiday, these people mask their fear of the irresistible forces of nature.

The last Thursday of the month when the moon is full, pilgrims descend into its crater and stop at the sacred stone Vatu Dukum - large volcanic "bombs". This event is part of the Majapahit story. When some of these people decided to stay at Bromo volcano, the prince and princess Joko Sanger RoRo Anteng ruled. These two lovers were grieving due to the fact that they had no children. One day they went to the grotto of Mount Panezhakan, where they found the holy water, and before them appeared a god who lived in a volcano. He promised to do everything to ensure that 25 children would be born. But on one condition: they will give the first child to him. According to the legend, after meeting the god of the volcano all went as well as possible not only for RoRo and Joko, but for all who lived near Bromo. Girls and boys grew up safely, and among them matured firstborn, the most beloved child - Raden Kusuma. But parents have completely forgotten about the condition of the god. Once their harvest was lost, the Bromo volcano had a terrible eruption. Once, when the family of the Prince and the Princess passed near the sacred Vatu Dukum stone, the volcano erupted again, and "licked" their eldest son in lava and fire. The young prince asked to remember it every year, making offerings to the god who lives in the volcano. These offerings will make life replete and fun, and well-being will be present to all the people living near Bromo. That's why during the pilgrimage, people gather the last Thursday of the year near this sacred stone. Families stop in front of the rock. Women spread a cloth on the ground. Then all sit in the lotus position next to the head of the family, which is the oldest of the men. He puts a little fire on the resin. Kesodo annual holiday parade begins with the ritual of washing the hands and the face. Then you can talk with God, living in a volcano, and pray. A few flower petals, some meals, a cigarette or money - all this is thrown down ... But this is only the beginning of the ritual offerings, which is prepared in advance. Banana leaves are placed on a tray, cone of rice and mussels are poured on the top which symbolize the mountain. This symbol means the ascent to God, who lives in the volcano. People go to the source string, dressed respectively for the ritual: dark brown or black shirt, white jacket. Some on the head flaunts a black and yellow turban. The procession is accompanied by music, which is performed by the Indians, who came from Bali. Then everyone goes to the church, which recently began to be built at the foot of Bromo and which is still a common terrace for prayers and offerings.

Write your Review on Bromo and become the best user of Bestourism.com 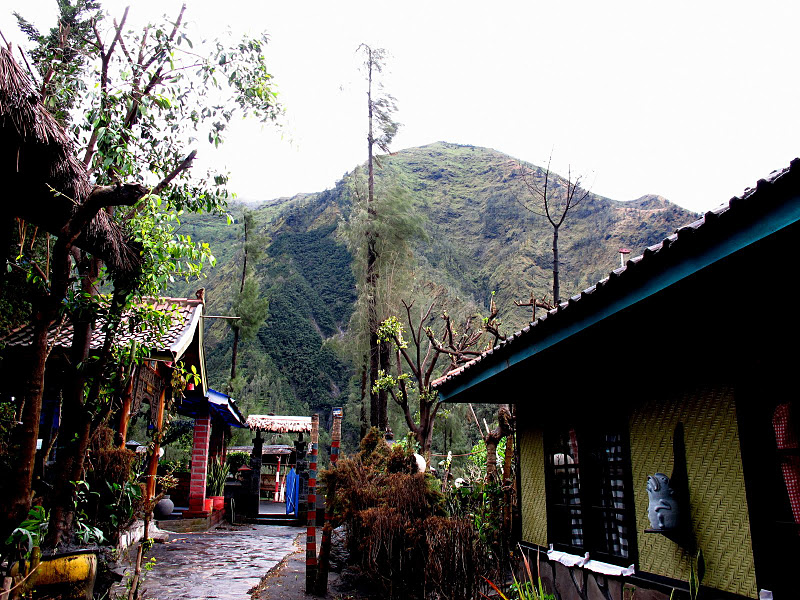 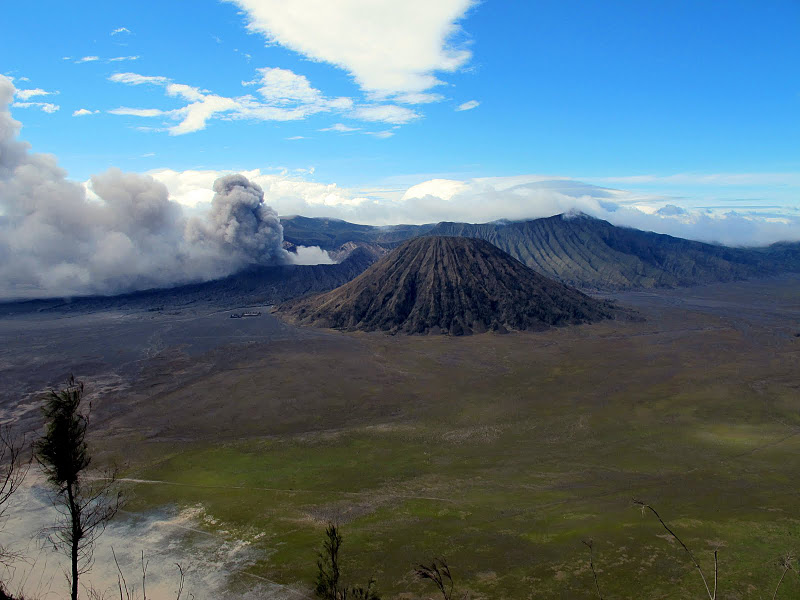 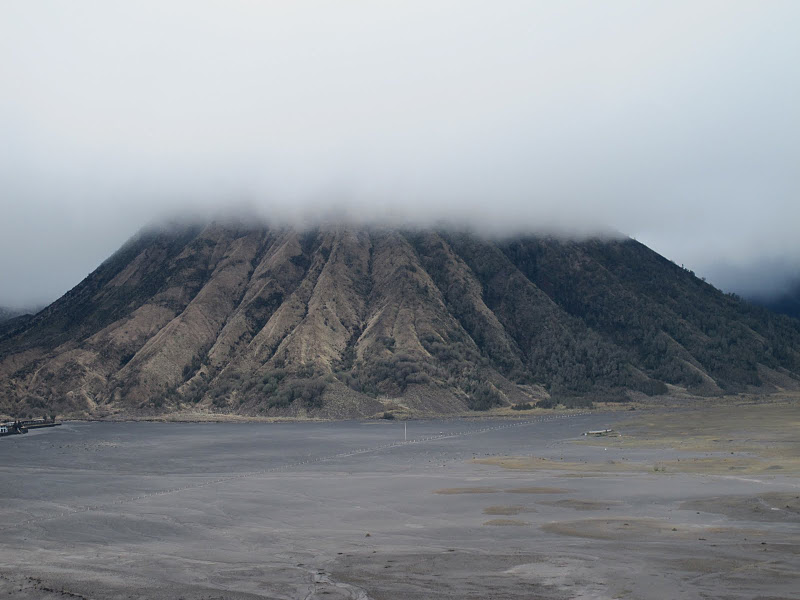 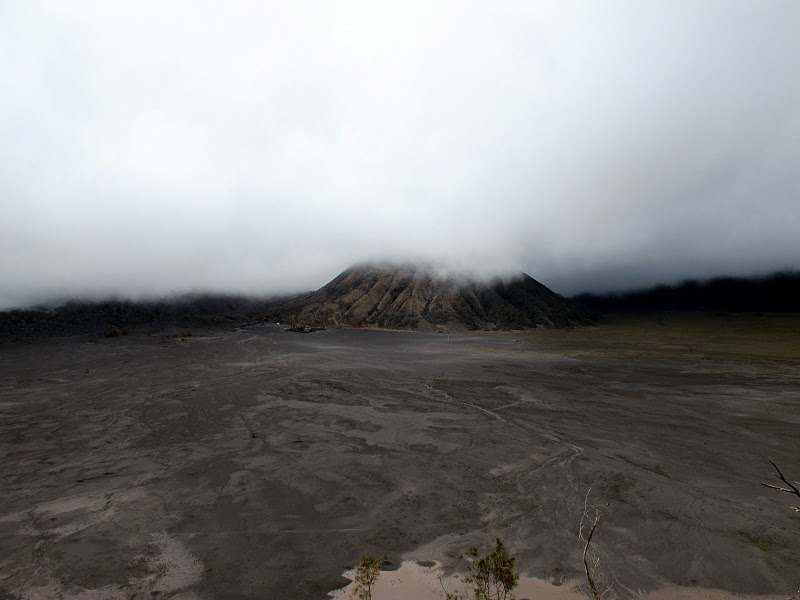 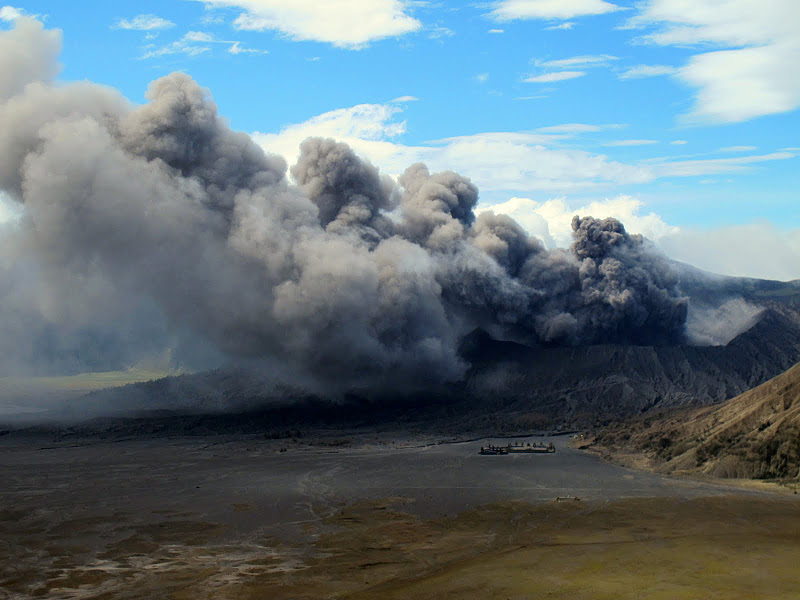 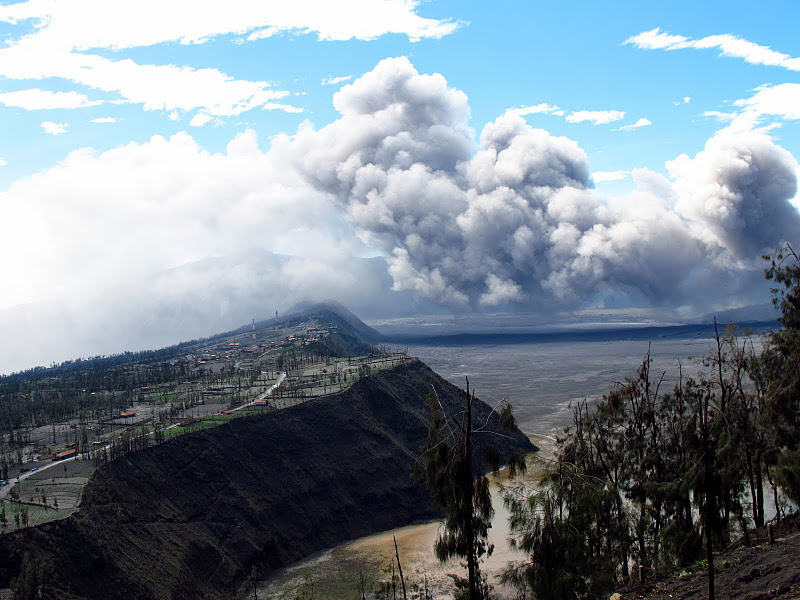 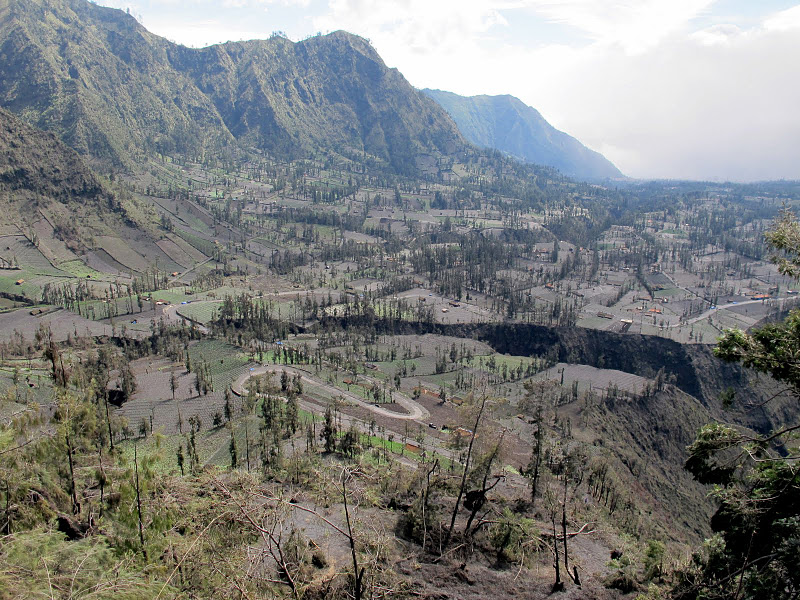 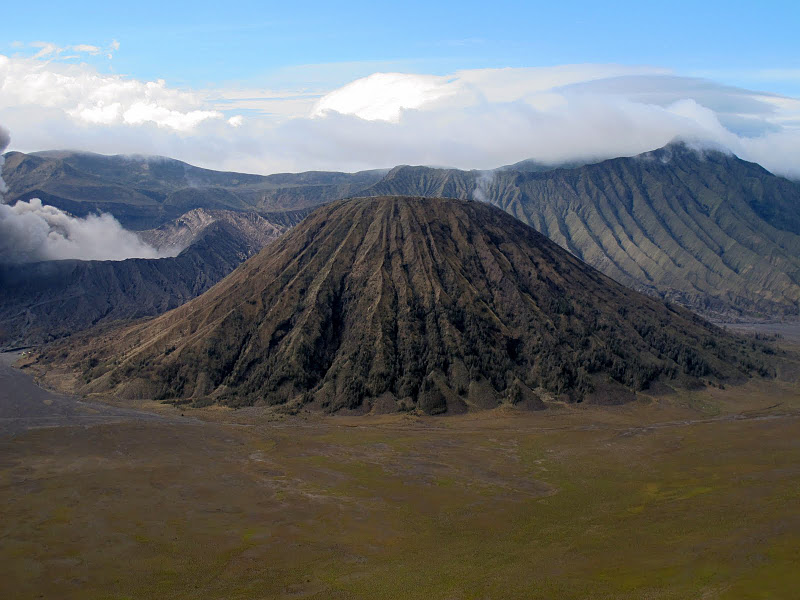 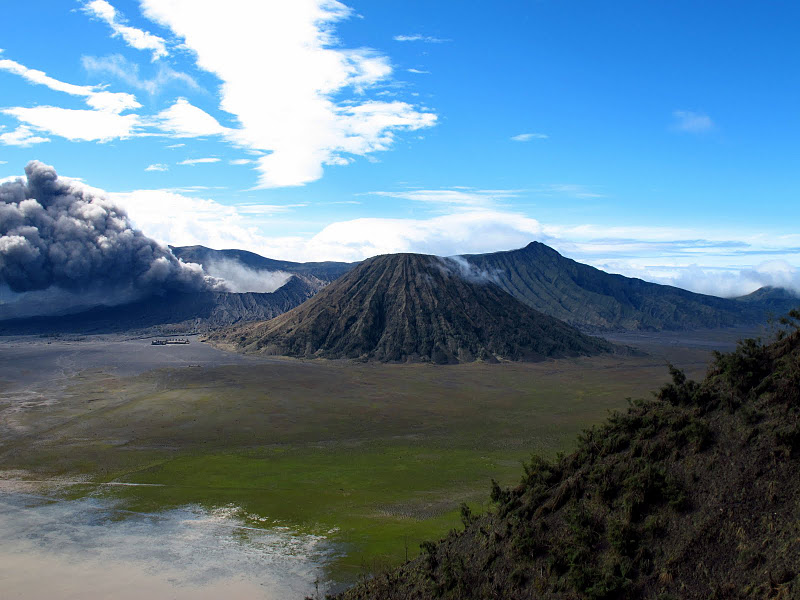