Mount Fuji, or Fuji-san, is the main symbol of Japan. For the inhabitants of the country it is sacred. Fuji is a dormant volcano. Respectfully called Fujisan, Fuji-no-yama and Fuji ("hole" from Japanese meaning "mountain") is one of the world's most famous volcanoes. It is located in the north of Honshu, near Tokyo, the National Park Fuji-Hakone-Izu. The height of the mountain is of 3776 m, the diameter of the crater reaches 610 meters. The last eruption of this volcano lasted from November 1707 to January 1708. The "Spirit of the Mountain" is still restless, therefore, carefully closely, you can see it at the same potential activity even in Tokyo. In fact, on the mountain there is not one but three volcanoes, but during one of the eruptions of Shin Fuji (" the new Fuji "), most of the traces of the old peak was strewn with rock. According to the legend, a place of power, the mysterious Mount Fuji appeared on the plain one night in 286 BC. It is considered the most mystical, the most mysterious and the most beautiful top in the country, so that appears in many Japanese legends, such as, for example, "History Taketori Monogatari." There are several versions of this tale, here is presented perhaps the most beautiful of them.

Long time ago,  an old man and an old woman lived in the mystical town of Fuji. They wanted a child, but God didn’t hear their prayers. The old man was engaged in weaving baskets out of the bamboo, and one day, gone for a cane, he saw a girl lying in the thickets, having the size of a thumb of his hand. Full with immense joy, the old man took her home and raised her as his daughter, calling Kaguyahim, which means " The Shining Princess." The girl grew up and turned into a graceful, gentle girl, the finest in the neighborhood. Her hands sought many important people, including the emperor himself, and later a judge could not resist her charms. She was married to a judge who flunked her with expensive gifts. One day she told her husband that she wanted to go back to whence it came. She called this place "The Moon Palace", which was at the top of the Fuji Mountain. The judge did not want to part with his wife, so it forbade her journey, but one day, in a full moon night, she went there, breaking all taboos. The judge followed her up the hill. Climbing to the summit, he saw a large lake in the center of which a huge magnificent palace stood. Kaguyahim was there, but lost the human form, becoming a heavenly nymph. The messengers of the Moon came out to meet her, and put on her cloak of feathers, which made her forget her earthly life. After this, the envoys have taken away the beauty. The judge knew that he had lost his wife forever, and, unable to endure his grief, plunged into the deep lake. As the first most important miracle of nature in Japan, the Fuji Mountain has always been an important religious center. The combined efforts of Shinto-Buddhist sects (Fujiko) pilgrimage to the sacred mountain were a widespread tradition. The most zealous not only go up, but also make circumvention "of the eight peaks" at the top. The rise was carried out in ten stages with stops in which the travelers were provided with food and an opportunity to rest. At the fifth stop of believers could also bypass the mountain which was a particular stage of the pilgrimage. Currently, the rise of the hill is equally popular with tourists as well as many religious people. It is customary to take with you "a stick to climb the Mount Fuji," which at each stop, special marks are burned, as well as several security amulets. Various religious sects called the Fuji mountain sacred, some believe that, just as a faithful Muslim, one must visit Mecca. Every Japanese needs at least one day to ascend to the summit of the Fuji mountain. On the slopes of the mountain towards the ascension a great variety of churches scatter.

Fuji is Japan's main attraction. In high season, from July to August, the mountain rises to 400 thousands of tourists. Their main desire is to see Fuji from the top of the sunrise. Fuji is a place of worship. Each year, climbing to its summit up to 10 thousand pilgrims are committed. The beauty of Fuji has inspired the most famous Japanese artists and poets, it is sung in many works of folk art. One of the most prominent artists, inspiring views of Mount Fuji, was Katsushika Hokusai (1760-1849). It is considered the most brilliant artist of the period from the mid 90s. XVIII century. Before the XIX century, it created a huge set (20 000) of paintings and colored engravings, which became the basis for Japanese traditions and legends. The most famous of his landscapes, including the "36 Views of Mount Fuji" was founded in 1827. The name of Mount Fuji in the hieroglyphic writing has changed over the years and had different meanings, including "Mountain warriors "and" knows no equal, "- these two historical interpretations deserve to be mentioned. In the language of the Ainu, "pound" means "Fire God" or "volcano" in Malay and "Fuji" - "beautiful." Mount Fuji is very shy: it always tries to close the clouds, but there are days when it can be seen from Tokyo . The excellent view of Mount Fuji can be enjoyed from the windows of the high-speed train from Hakone, and the lake at its foot. The Fuji Five Lakes district is a popular holiday destination. Admire Mount Fuji overlooking the spectacular trees of Tokyo.

Write your Review on Fuji and become the best user of Bestourism.com 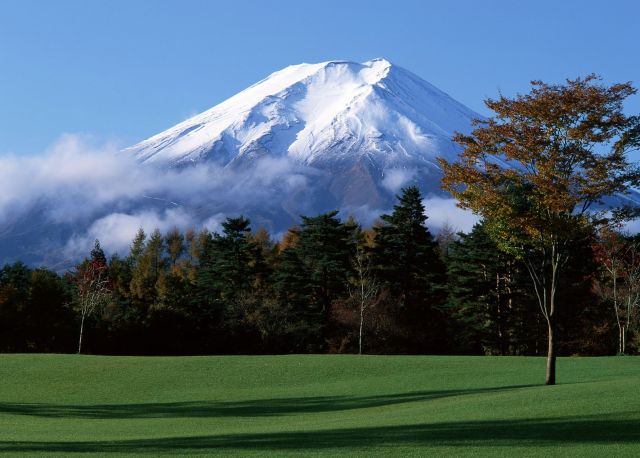 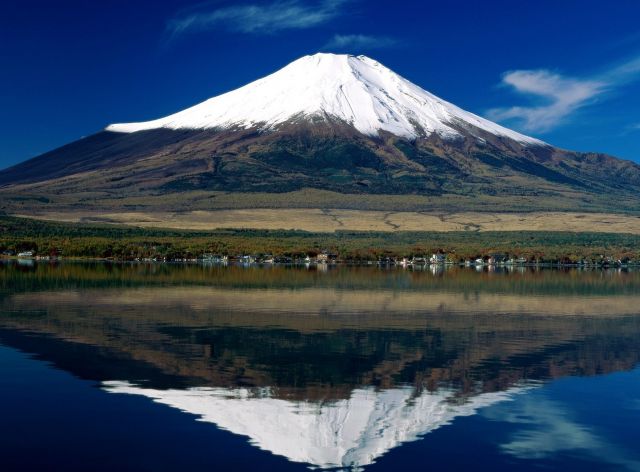 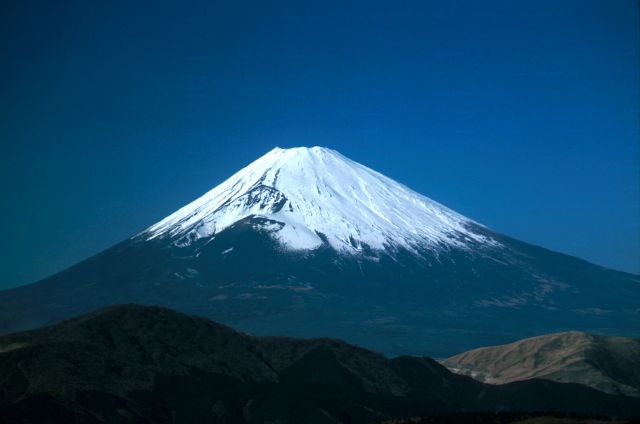 Fuji - The pride of Japan