Vesuvius is, by no means, one of the most dangerous and most famous volcanoes in the world, because it is almost 2000 years old. This volcano killed one of the cities of the Roman Empire, known to all as Pompeii. Vesuvius was a picturesque mountain, majestic over the Gulf of Naples, rising to 1,300 meters above the sea level. But early in the morning on August 24, 79 a cloud of unusual shape appeared. If you compare it with the trees, more than anything else it was like the Italian pine. A huge pine trunk heaving up and diverging into the top of their branched crown, which seemed to support the updrafts. Then, as if the stream ran dry, the trunk began to dissolve, at times becoming white, the color getting dirty. It depended on the volcano which threw ash or ground.

So it was described in a letter to the Roman historian Tacitus about the eruption of Mount Vesuvius. The Roman writer, Pliny the Younger, who was visiting Miseno at that time, the estate of his uncle on the shore of the Bay of Naples. Although the letter primarily dealt with the death of his uncle and the patron of Pliny the Elder, it is nevertheless an important document. At first, few people paid attention to the rising above of the volcano cloud of ash and steam. Till the I century AD Romans believed that their volcano on Mount Vesuvius was dormant. But the day came on August 24,when regular gladiators were assigned. In the afternoon Pliny the Elder’s sister noticed a cloud, a club of Vesuvius. The sky suddenly became threatening, the clouds grew darker and darker ... Abundant ash fell, the sun was completely hidden and there was total darkness. This further increased anxiety and confusion among people. It was impossible to go out in the street without covering the head with a pillow, as ashes and heavy stones were falling on people. By 79 AD, Pliny the Elder, the Roman fleet commander in the north-western part of the Bay of Naples ordered to prepare the ship, which would go to the point of the eruption . Meanwhile, envoys from the villages came at the foot of the mountain and cries for help had already begun to be heard. Pliny changed his plans and ordered to put a few courts, in case evacuation will be needed. The rest of the court, he sent to the villages, as he headed towards the volcano. Underestimating the scale of the disaster and the power of the raging Vesuvius, showing "his fearlessness," before fleeing in panic the residents of Stabiae, Pliny the Elder died on the third day of the eruption. Pompeii was located close enough to the volcano. Wealthy people understand in time than they could face the eruption began, and quickly tried to escape to safety. Only those who did not believe in the catastrophe didn’t have time to evacuate Herculaneum and Pompeii.

The eruption of Vesuvius destroyed Pompeii completely. The city disappeared under a layer of ash that reaches a thickness of three meters. When in the middle of the XVIII century, excavations of Pompeii began, skeletal remains of many people who died were found in the alley. Many people attached to the loved ones or to valuable things had been killed. The owners of the famous Faun house, instead of saving his life, lost a lot of time on the packaging of jewelry. Located on the other side of Vesuvius, Herculaneum city was filled with ashes falling from the sky, but it too was doomed and vanished from the Earth. High on the slopes of the volcano a huge amount of ash accumulated, which threatened to fall down at any moment. And when rain was pouring, the weight of ash soaked and began to slump. The depth of some of these flows reached fifteen feet. But by the time most people had already left the city. The residents of Pompeii element spared until the next day, when a new eruption of Mount Vesuvius shot up clouds of ash and deadly gas. Supposedly 2000 people were killed in Pompeii that day, but the number was constantly being revised, as in the vast area of excavation, archaeologists seek the remains of all the new victims. However, the Italian archaeologists discovered a more ancient settlement on the site of Pompeii. The head of the excavations, Professor Giuseppe Vechchio said that the settlement was found (near the modern village of Nola) which was inhabited in the period before 1800 BC, when it suffered the same fate . Archaeologists have found a settlement called the "Pompeii of the Bronze Age." Archaeologists have so far not specify what findings were made in the cultural layer "Bronze Age Pompeii". It was reported only that some utensils and remains of buildings, as well as rare fossils had been found. Scientists point out that the cultural layer "Bronze Age Pompeii" contains a large amount of petrified volcanic ash and lava, which, according to archaeologists, indicates that the settlement was probably destroyed by the eruption of Vesuvius in about 1800 BC . The height of Vesuvius is of 1277 m, which is less than half the height of the Mount Etna - the largest volcano in Europe, but the viscous lava makes it considerably more volatile. The sulfur pair is constantly rising over the huge main crater, and the soil in areas close to the top is so hot that it can bake eggs. And in the crater and on the fresh lava flows. The water vapor and gases reach temperatures up to 400 ° C! The first (and the most famous) recorded eruption of Vesuvius in 79 AD caused a collapse of the old crater. A new scyphiform crater called a caldera was formed, within which stood a new one, a smaller cone. The last major eruption occurred in 1944, and after walking on foot or by cable car to the edge of the crater would seem that the volcano is tamed, but the clouds of smoke over the vents and volcanic dust in the towns at the foot of a reminder that the eruption may begin at any time. That is why the volcano is located near the laboratory, which monitors the activity of this beautiful, but terrible eruption of the famous volcano called Vesuvius.

Write your Review on Vesuvius and become the best user of Bestourism.com 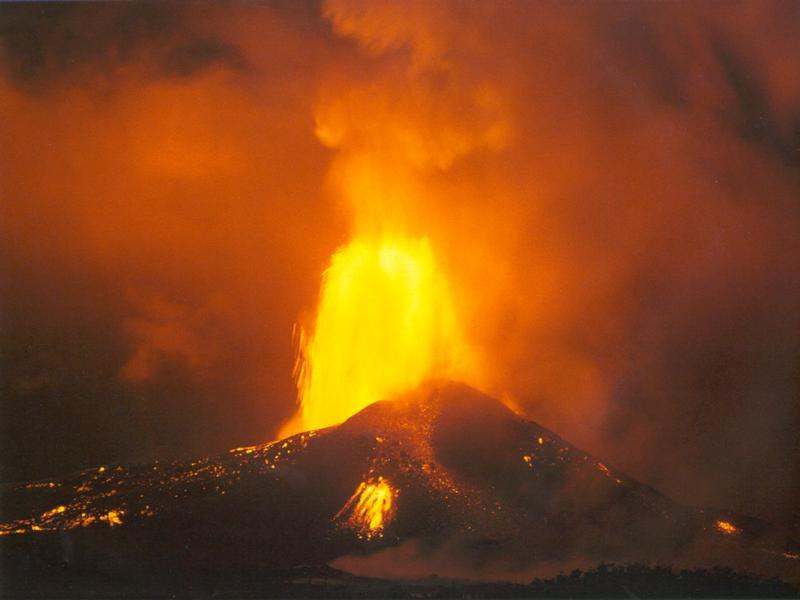 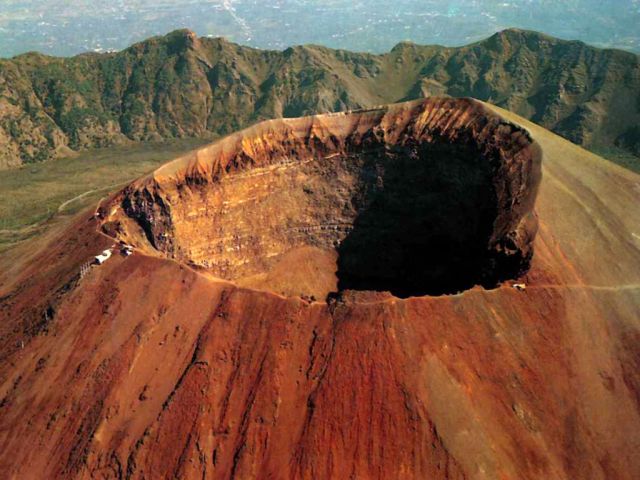 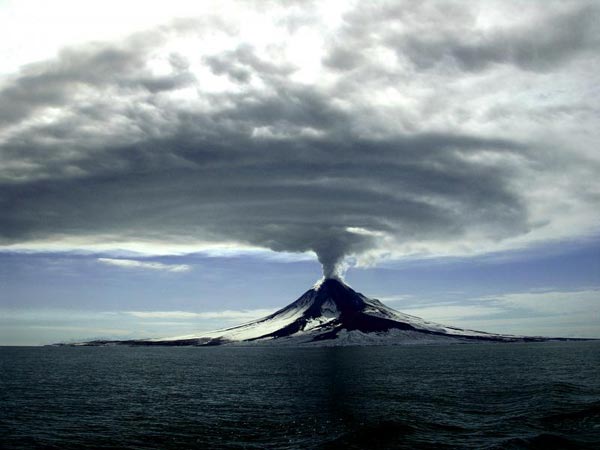 Vesuvius - Majestic view of the volcano