In Arabic, the name of the desert means "nothing." If you look at it from the airplane, it would seem that someone fell a vast territory with sand and leveled everything. It's really a flat desert. Although, there are some hills and height of 200-300m in the form of dunes and sand hills.It occupies the south-eastern area of the Arabian Peninsula, an area of 600 km2. The Rub al-Khali is divided between the four Arab countries: Saudi Arabia, UAE, Oman and Yemen. Rub al-Khali is a sedimentary basin, extending from the southwest to the northeast across the Arabian shelf . The sand is on the top of gravel or gypsum , the height of the dunes is up to 250 m. The sand is predominantly of silicate , 80 to 90% of quartz , the rest feldspar , grains of which is coated with iron oxide , sand paint in orange and red. The sandy desert in the southeast of the Arabian Peninsula is situated in a tectonic depression between the mountains, stretching along the western, the southern and the eastern shores of the Arabian Peninsula. The surface has a plain height of 100-200m in the East and 500-1000m in the west. About 80% of the territory is occupied by mobile sand, forming dunes (up to 150-200 m), ridges and individual arrays. Extensive salt marshes, rocky places among the sand plains are in the East. The precipitation is less than 50 mm per year, often do not fall for several years. Standing there is no runoff, the water table is deep. Vegetation is mainly in depressions between sand ridges (camel-thorn, soups, etc.). The population consists mainly of Arabs. The population of the desert has been breeding camels. The main wealth of the eastern deserts of the Rub al-Khali is, of course, the oil and the gas fields. On the outskirts of the Rub al Khali are rare oases. The largest oases are Liwa and Al Ain. But the most picturesque, perhaps, is Al Jiwa, which stretches for 50 km. This is one of the harshest places on the earth.

Write your Review on The Rub Al Khali Desert and become the best user of Bestourism.com 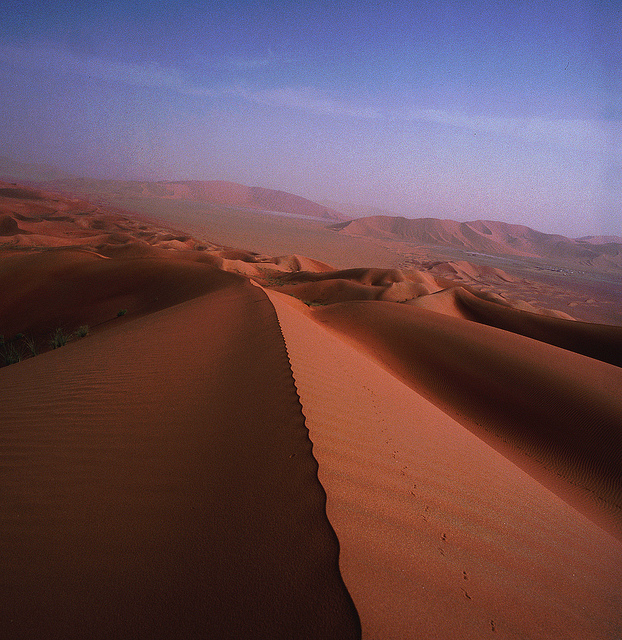 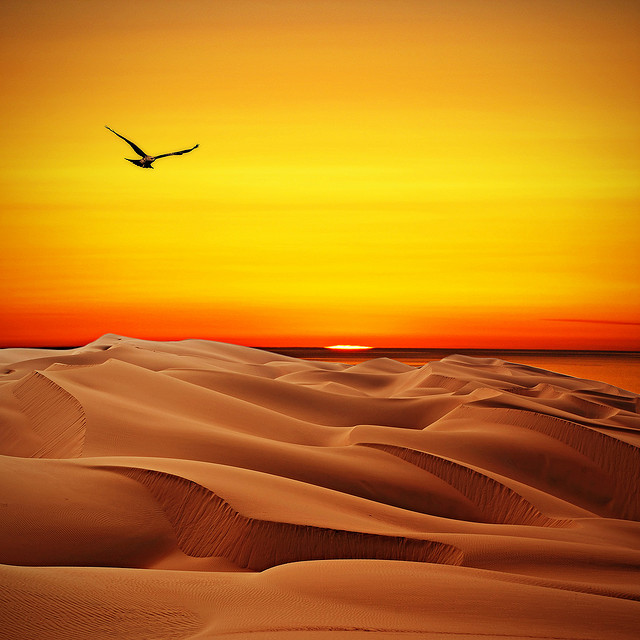 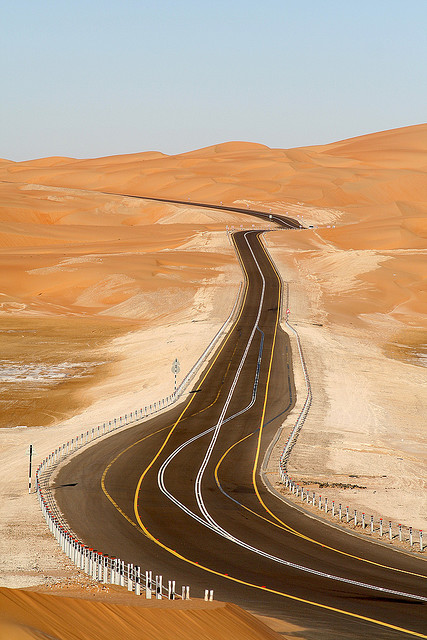 The Rub Al Khali Desert - Impressive road in the desert 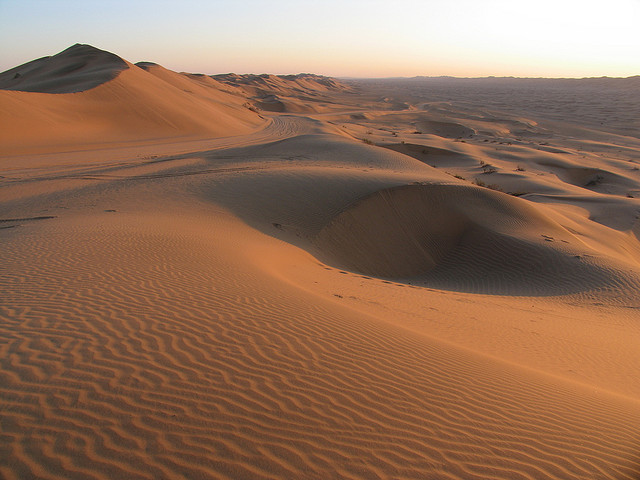 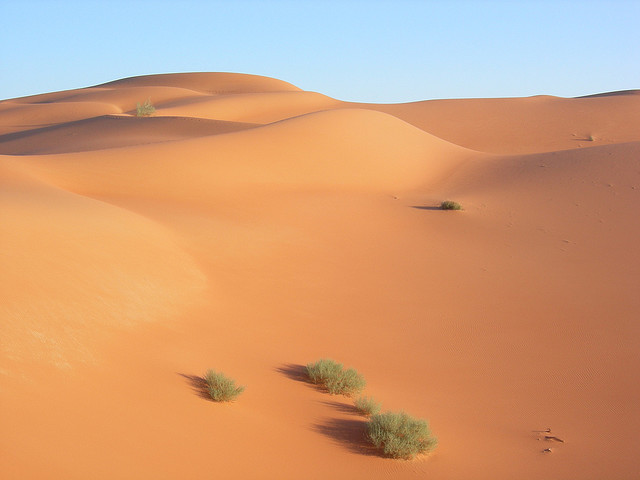 The Rub Al Khali Desert - The realm of the sun 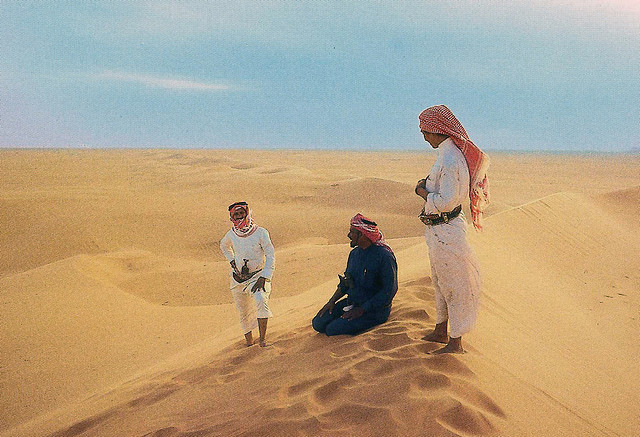 The Rub Al Khali Desert - Arabs in the desert 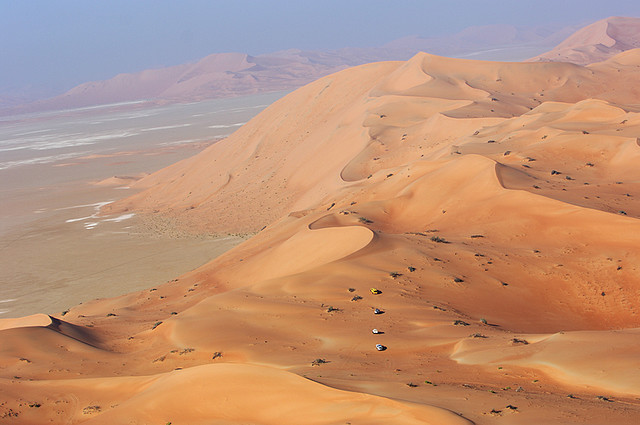 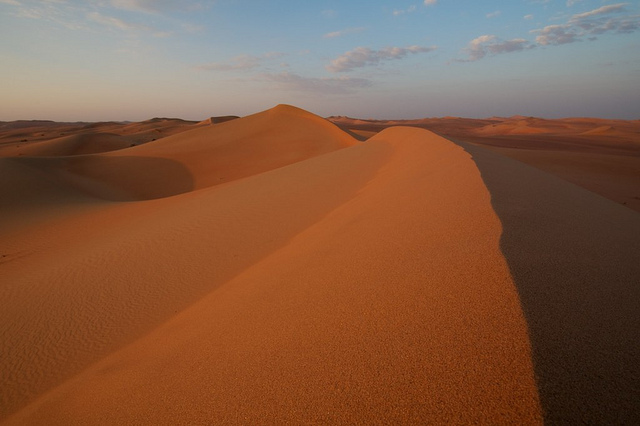 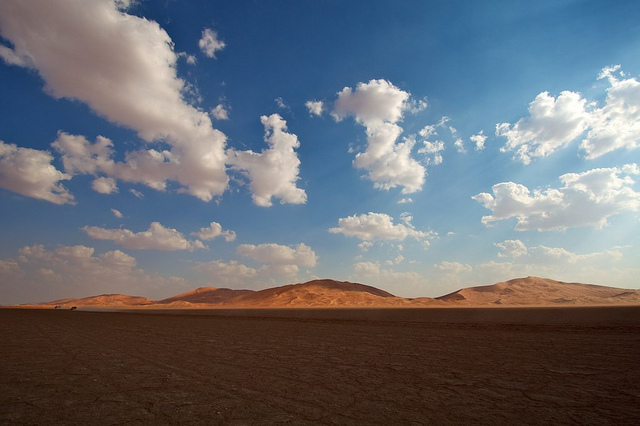