The Gobi desert occupies the entire southern part of Mongolia (about one-third of the country). The name itself is translated from the Mongolian language meaning barren terrain. Since ancient times this area was known as the Shamo desert. The territory of the Gobi desert occupies the entire southern half of Mongolia and the northern provinces of China. This covered stones plain was called by a Chinese the endless sea. This plain is the largest desert of Asia, the fifth largest in the world. It covers the north part of China and the south of Mongolia.

The Gobi is one of the most notable desert in the history of the deserts. Its territory was part of the great empires where the Silk Road lays. The Gobi desert, raised above the sea level to an altitude of about 200-1000 meters is the most extreme continental destination on the planet. The air temperature in summer rises to 40 here, and in winter it drops to 40. The concept of the Gobi includes, as the Mongols say, thirty-three different climates and appearances. The Zaaltayskoy, the Junggar, the East Mongolian Gobi landscapes are diverse. There are not only waterless and barren terrains with sandy plains and undulating high dunes. Most of it is occupied with vast prairie plains with springs, picturesque rocky mountains, rocky clays, large basins with a few oases, hills, marshes, dry gravels and extensive green groves. Golden sands occupy only 3% of its territory, but the clayey and stony deserts occupy a huge area. Despite the arid climate the desert meets the crystal clear water springs and abundant wildlife. The desert is home to rare mountain sheep in the world, argali, Asiatic wild ass, saiga antelopes, gazelles and dzeren. The natural reserve islands of salvation in the heart of the Gobi remained rare endemics: the world's only natural population of wild camel, Gobi bear Mazal. For about 40 million years, the Gobi remained a dry land, not covered by sea water. Large inland waters with deep waters in the south of Mongolia were associated with reservoirs in northern China and cover a vast area in the center of Asia. Their disappearance is associated with a gradual uplifting throughout, which led to the emergence of later Gobi Desert.

In the desert region of Central Asia, in the foothills of the Kunlun Mountains, until recently, most of the remains of the oldest person on the Earth were found. This was the birth of a hypothesis about the alleged birthplace of the human race. For this Occult Central Asia is a region where there were spiritual centers of all races. Anhydrous and unfit for human habitation today the central Gobi region is mentioned in ancient myths as a place where our civilization began. The location of the mythical White Island, a mysterious underground country Agartha, Shambhala the sacred borders of the Gobi are also localized here. A summer in the desert is a deadly fever, and also up to forty degrees. Giant fluctuations in temperature can be observed not only in a year, but even within a day. The temperature in the Gobi Desert makes a daily jumping as much as 32 degrees! The Gobi desert is a strange place. On the one hand, it is home to animals such as black-tailed gazelle or two-humped camel - nothing special, right? - But on the other hand , there are predators like to go and see, for example, the snow leopard and the brown bear. And even the dinosaurs in the Gobi ... were, once upon a time, a long time ago. By the way, the Gobi is famous for the fact that the first dinosaur eggs were found in the desert. There were found, and other treasures , such as the remains of prehistoric mammals, as well as prehistoric implements, whose age are estimated at about 100 thousand years.

Write your Review on The Gobi Desert and become the best user of Bestourism.com

Maps of The Gobi Desert 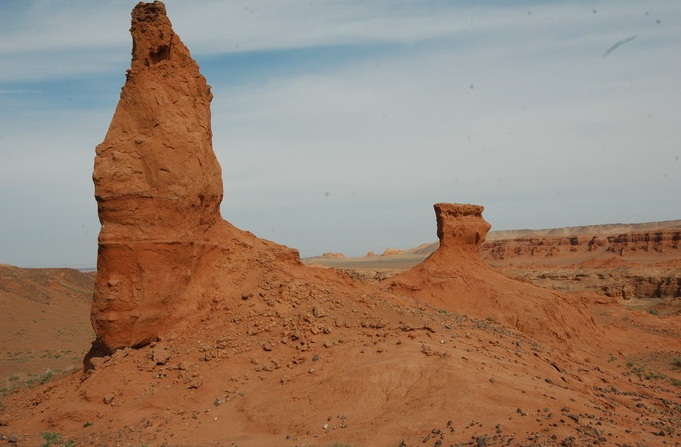 The Gobi Desert - Beautiful area of the planet 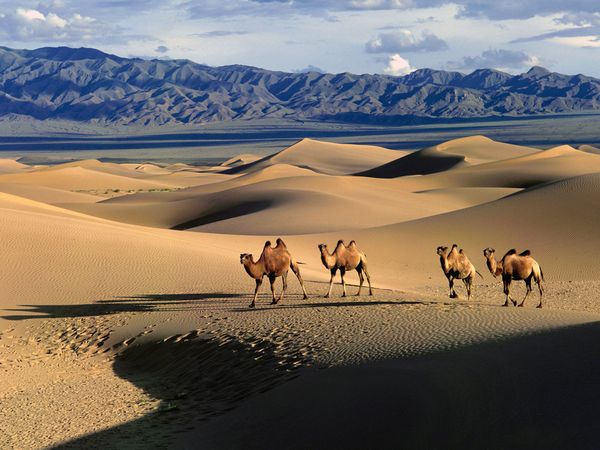 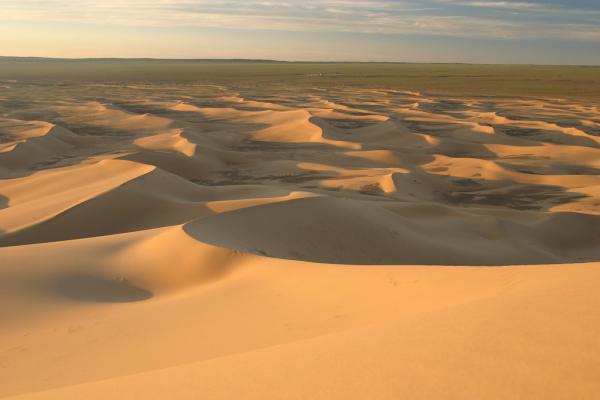 The Gobi Desert - The realm of the Sun 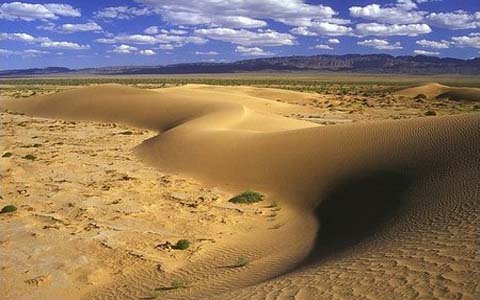