The Arabian Desert is a vast desert area that goes from Yemen to the Persian Gulf , from the Oman to Jordan and to Iraq . The desert occupies most of the Arabian Peninsula and stretches over 222,070 square km. The Rub 'al-Khali houses at the center and it is one of the largest stretches of sand on the planet. Its fauna includes gazelles, oryx , sand cat , lizard, uromastyx , and more others. The climate is very dry and with high daytime temperatures ranging from overnight frosts and winter. There are big, red, sand dunes and shifting sands. They are part of the biome -arid desert-steppe and of the ' Palearctic ecozones . This ecoregion holds little biodiversity, although few endemic plants grow in these parts. Many species such as Hyaena hyaena , the jackaland badger capensis have become extinct due to hunting and due to the habitat destruction. Other species have been re-introduced successfully as the sand gazelle. Overgrazing, off-road driving and destruction of habitat by man are the major threats to this desert eco-region.

A corridor of sand dunes known as the Desert of Ad-Dahna desert connects the northern Nefud (65,000 square miles) with the greatest of the Rub 'al-Khali in the south-east.

The Tuwayk is a region of 800 km formed by cliffs of sedimentary rock , plateaus and canyons.

The Wahiba Sands of Oman : isolated desert dunes located on the east coast.

The Rub 'al-Khali is a desert in a sedimentary basin that extends from the south-west to the north-east of the Arabian plateau in the middle. The rocky landscape gives way to the sandy desert of ar-Ruba'Al-Khali in the south end through the center of Yemen . The sands of this desert lie on a base of gravel and chalk and the dunes reach a maximum height of 250 meters. The sand grains are mainly composed of silicates: 80-90% of quartz and the rest from mineral calcium, potassium or sodium. Their red, orange or purple stems of iron oxide coats the grains of sand on the outside.

Some resources are: petroleum , gas , phosphate and sulfur . The Rub'al-Khali has a very limited floral biodiversity . There are only 37 species of flora, 20 of which are located in the sandy desert and the other 17 on the edge of it. The vegetation is very rare but evenly distributed with some interruptions on the barren sands of the dunes. Some typical plants are:

Other common plants are:

Few trees can be found in the desert with a few exceptions to the boundaries of it (typically ehrenbergiana Acacia and the Prosopis cineraria ). Other species are the shrub Calligonum comosum and annual herbs such as Danthonia forskallii .

The desert is found mainly in Saudi Arabia and extends in neighboring Egypt ( the Sinai Peninsula ), southern Iraq , southern Jordan and Saudi Arabia . The Arabian Desert is bordered by 5 countries. The desert near the Persian Gulf includes part of Qatar and most of the Abu Dhabi in United Arab Emirates (UAE). The main desert Rub 'al-Khali extends west from the Oman to the east and Yemen .

The predominant religions are the Shiism and Sunnism . The largest ethnic group in the area are the Arabs - speaking Arab .

Excessive grazing of goats and camels, with the size of growing herds, and increasingly sedentary lifestyle of the Bedouins .

Production of oil and natural gas

Wars and their consequences

This eco-region was the scene of a vast economic and environmental sabotage on the part of Iraq to the detriment of the oil fields of Kuwait which once sabotaged and caused the loss of various toxins in the atmosphere in 1990. In 1991 during the Gulf War 's Iraq dumped in the sea of the Persian Gulf about 1.7 million barrels of oil. In February of that year 1,164 oil wells had been destroyed, Kuwaitis , and then it took nine months to extinguish the flames from the pits. These oil spills contaminated about 1,000 km of the coastline of the Persian Gulf . The results of this pollution were the deaths of thousands of waterfowls and serious damage to the marine ecosystem of the Persian Gulf, especially crabs , turtle seas, dugongs , whales , dolphins and fish in general. The damaged oil wells released 10 million cubic meters (60 million barrels) of oil in the desert and formed lakes (with a total area of 49 km ²) that contaminated the soil and the groundwater. Pollution also caused great armaments used by the troops of the United States with their columns of tanks destroying the fragile environmental balance in their areas of transit. In 1991 a column of tanks stirred the thin protective coat of land which formed the floor of the desert. Doing so caused the beginning of a sand dune that slowly began to roll downhill. Some people are alarmed because they believe that this dune could then reach Kuwait City .Another concern are the weapons to depleted uranium used by the United States with A-10 Thunderbolt II . It is known that DU weapons produce cancer and contaminate aquifers. In 1991 the United States and NATO dumped about 300 tons of depleted uranium in Iraq . The fragments that explosed by these bombs with depleted uranium contaminated the surrounding soil to them. The species of oryx and the white gazelle of the sand were endangered while the jackal , the hyaena and badger capensis are already extinct. There is no park but it is being currently planned for the future in a state of Abu Dhabi .

Write your Review on The Arabian Desert and become the best user of Bestourism.com

Maps of The Arabian Desert 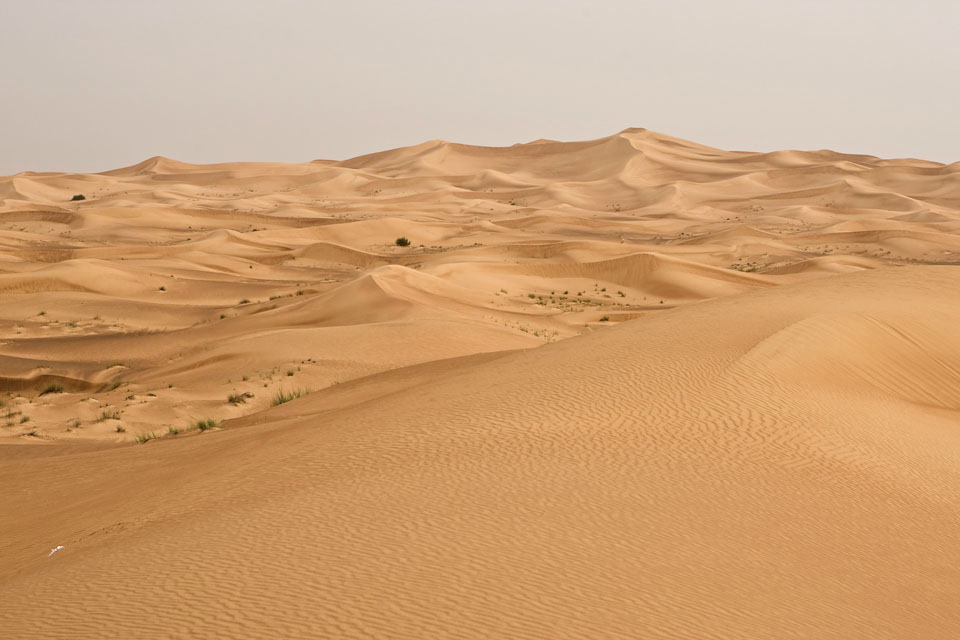 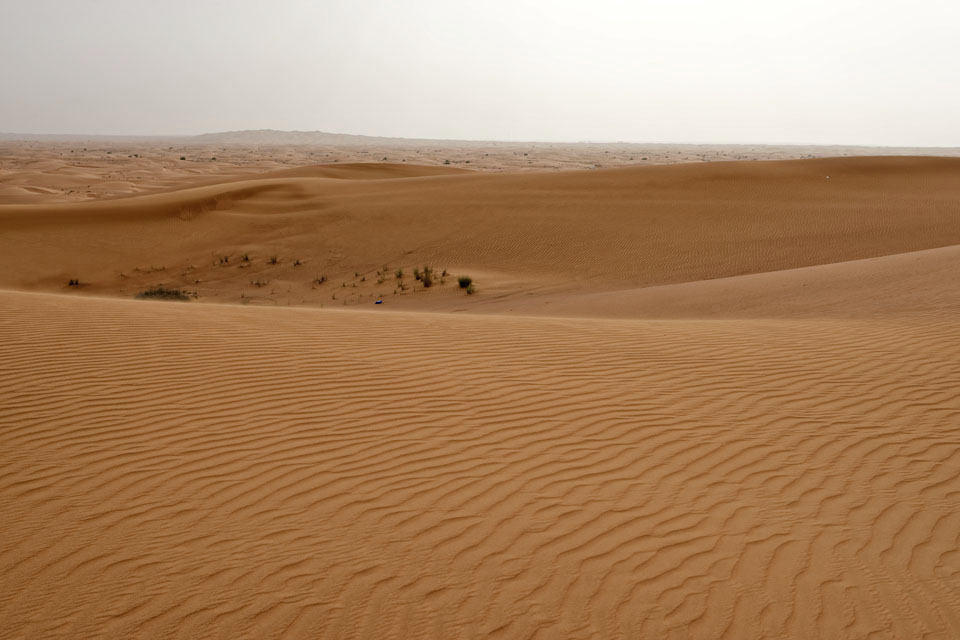 The Arabian Desert - Appealing place for an adventure 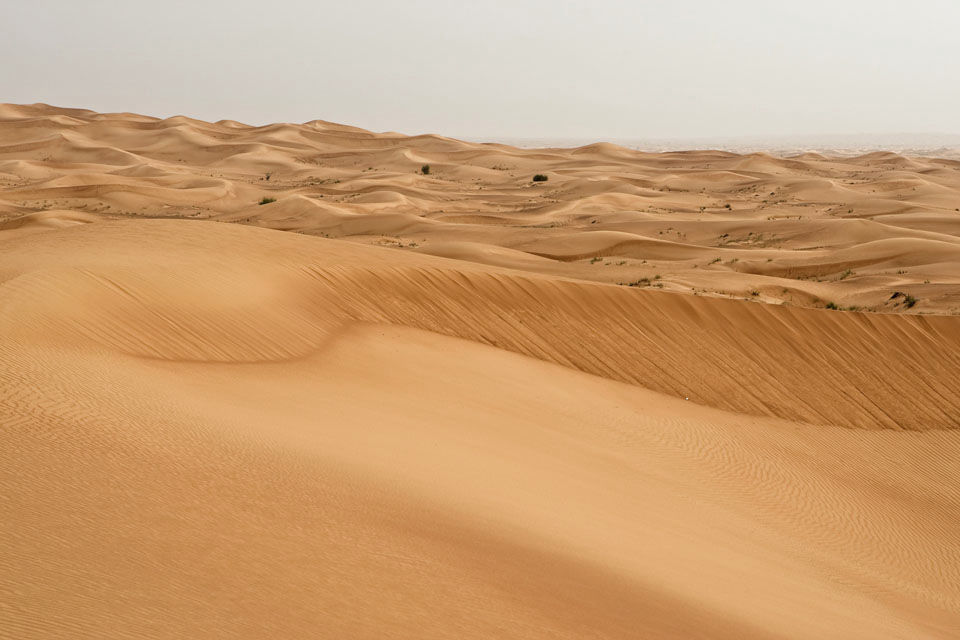 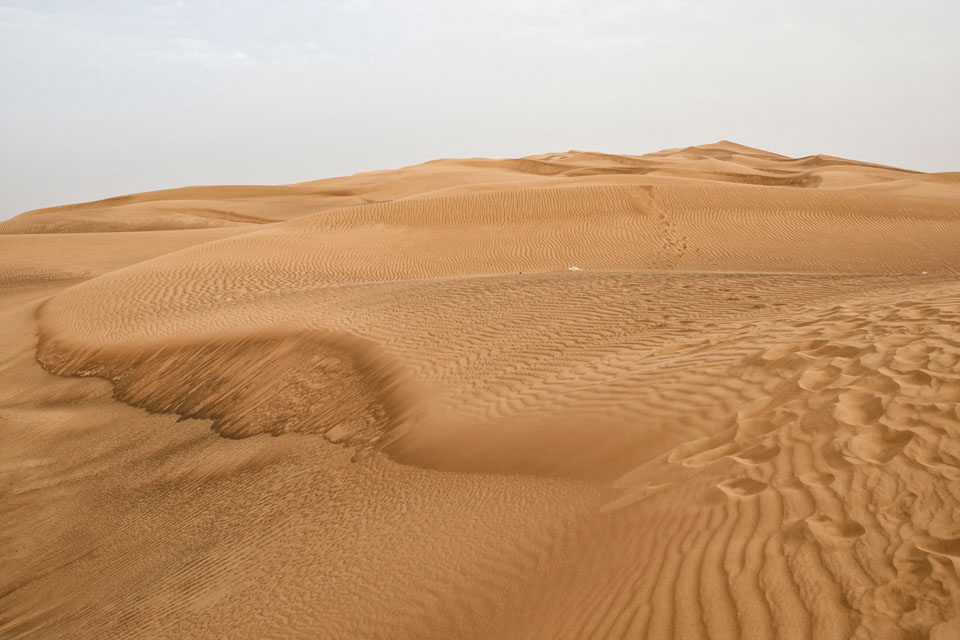 The Arabian Desert - The most sparsely deserts in the world