The essence of ecotourism is that of curiosity to visit the places of nature, where the man has never set foot on them. One of such places is the desert of Jordan. The picturesque wilderness of rocks and sand have long attracted travelers. True, the massive pilgrimage to these harsh edges are still debugged, partly because there are no comfortable numerous "tourist masses” placed. For a modern traveler nowadays is enough to sleep in a tent or a cave, such a hotel gives him all imaginable comforts, that's when he bravely admires the landscape and the flora and the fauna. The demand created the supply.

The smart Jordanians feel that tourism needs investment as you can get a good income, especially as more of it is nearly nowhere (Jordan and Israel, seem, the only states in the Middle East deprived of their stocks of flammable hydrocarbons). But how to make money on the ugly desert, which occupies 90% of the state? The yield was found. And as always, the competition helped. The Heads of the States have arranged an international competition to design a modern hotel in the desert. Without asking "why?" Well-known architectural firms worldwide had been included in the contest. The winner was a project of the North American architectural and design firm «Oppenheim Architecture + Design» (FL), widely known for its terrace-development facilities in the form of a gigantic tourist haven with its own tent in the UAE for the beaches and futuristic college in Miami. The new design companies were also surprised and captured the hearts of strict commission, awarding the victory. If the competition was held for the best camouflage of buildings, this development would also be among the leaders. The main advantage of the project is that it not only disfigures the appearance of a surrounding landscape, but in general it does not stand out.

The main room is designed in the rock under the name Wadi Rum. On behalf of the location all the development was called the Wadi Rum Desert Lodge (Lodge - lodge, hotel, Desert - a desert). Everything that nature did not bother to build, will be built in a natural manner and faced with a mixture of local clay and red sand of the desert. The eco-tourists’ eyes, the lovers of hiking on the bosom of nature, and the climbers (this is expected from the main guests of the new resort). The natural landscape with carefully hidden traces of human activity appears and enchants the visitors’ eyes. Developers of the project took into account all the unique features of the local landscape, so that the campers in all their pristine glory could be seen. The hotel rooms, the lounges and the office space hotel were built into the body of the rock. To reduce the amount of the upcoming excavation work, all natural cracks and fissures had been used. In the opinion of the designers, the main idea of the concept is a harmonious union of man and nature. The outlines of the buildings were deliberately designed incomplete, vague, to further emphasize the originality of the world. In addition to masking purposes, the project is still a number of natural advantages. The main enemies of human beings in the desert is the heat, the lack of water. All of these shortcomings decided to overcome with natural materials. The thickness of the rock successfully resists overheating and the natural ventilation provides fresh air and prevents the heat. The problem of water shortage will be solved collecting rain water in the artificial reservoirs and the subsequent multi-stage filtration, which makes the water suitable not only for technical purposes, but also for the use as drinking water. Hidden in the rock, the tourist complex Wadi Rum Desert Lodge consists of four guest rooms, a mountain hotel, a hotel spa, a hut under the canopy and a luxury villa.

This is a chic tourist resort.A variety of housing options in different settings will help guests to enrich the palette of experiences. Primarily in all variants will be one - a symbiosis of beauty of the natural conditions and unobtrusive luxury service. By the way, to develop the most comfortable conditions in the Jordanian desert ,architects have helped to monitor the adaptation to the arid and the hot climate of the local fauna, centuries to work out their original methods of escape from hostile world. The new tourist attraction of Jordan will be put into operation in the near future, in 2014. That's when, according to the reviews mountaineers and trackers you can determine how successful this eco-idea was. The hotel complex Wadi Rum Desert Lodge not only has an impressive appearance, but is also built to take advantage of the surrounding landscape. The Project Wadi Rum Desert Lodge from the design company Oppenheim will be implemented in Wadi Rum (Jordan). These facilities will be situated in the mountain: natural cavities (cracks, fissures and rock). In addition, many surfaces and materials used in construction were proposed to be retained in their original form, to further emphasize the remarkable symbiosis of nature and works of man. Due to the system of the natural ventilation, the heat transfer, the complex will be a special, comfortable guest microclimate.

Write your Review on Wadi Rum Desert Lodge, Jordan and become the best user of Bestourism.com 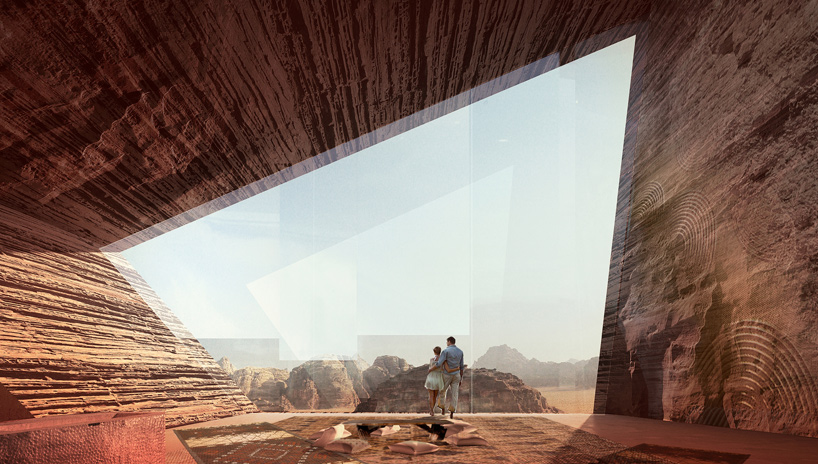 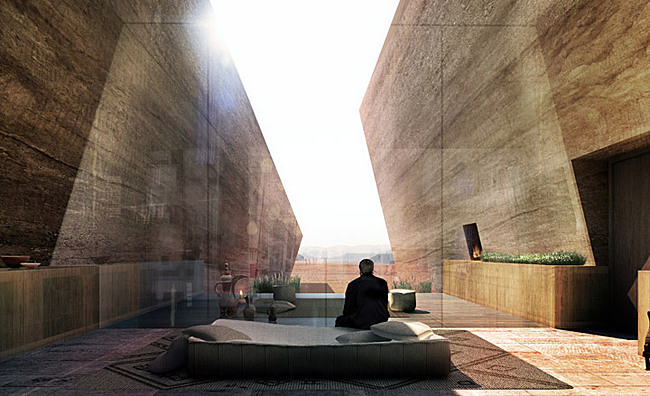 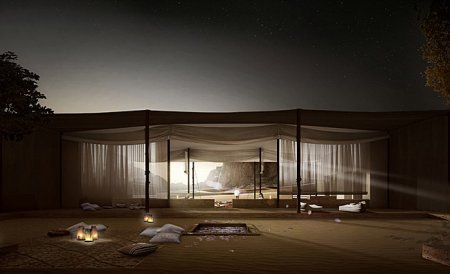 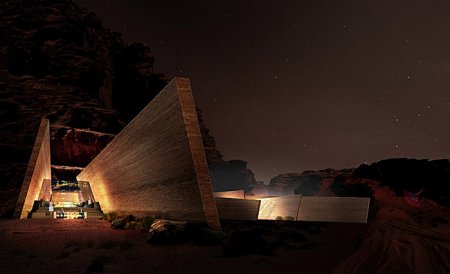 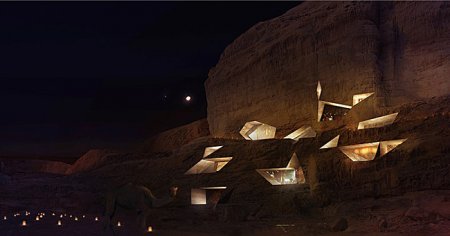