Though space tourism is at a very early stage of development, it is likely that a few decades the most seemingly reckless projects will be implemented. And then those who will sit down without fear, in a plane or a spacecraft will be invited to make a stop on the moon in a luxury hotel. For example, the German architect Hans-Jurgen Rombaut has already created a volumetric model of the hotel called the Lunatic Hotel. By the way, it is planned to be built by 2050. Visitors will live in conditions of low gravity and walk-in special costumes in the form of capsules. A thick layer of body hotel , made of lunar rock to protect the inhabitants of the hotel from the harsh lunar environment, in particular from uninhabitable temperatures and deadly cosmic radiation. The hotel on the moon will become a reality by 2050. The panorama from the windows, as you might imagine, is stunning. The hotel attracts tourists in various ways. Someone is attracted by the low prices, someone by the number of stars, and for someone it makes absolutely an incredible futuristic design which adds luxurious service. The hotel attracts the wealthiest visitors. The Lunatic Hotel: Hotel on the Moon Designers are: Hans-Jurgen Rombaut, Wimberly Allison Tong & Goo (WATG). Status: The project is ready, the launch is expected in 2050, the year. From real projects, go to the projects of the future. When the moon blossom of apple, for sure there are rich people who want to spend the night, and then a week on a satellite of the Earth. Therefore, Hans Jurgen Rombot decided not to postpone the matter indefinitely and designed a hotel, where you can even live on the moon. The hotel will be ready for all sorts of disasters such as extreme temperatures and moonquakes. A recreation will be built on low gravity and simulate the attack of aliens.

Write your Review on The Lunatic Hotel and become the best user of Bestourism.com

Maps of The Lunatic Hotel 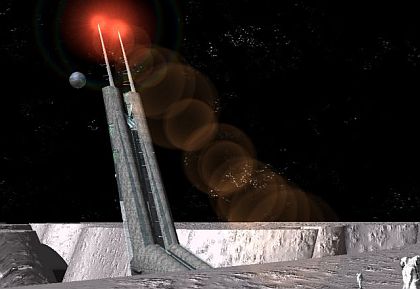 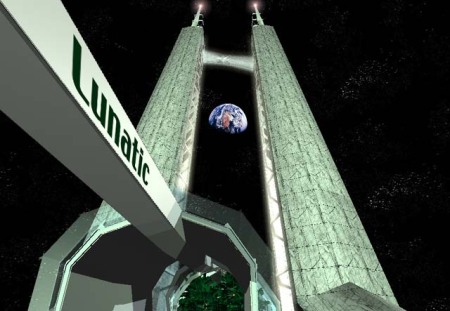 The Lunatic Hotel - A different vision