Destinations / The Most Futuristic Luxury Hotels in the World / Waterworld Hotel, Songjiang, China


Waterworld is a hotel built in a natural element: a spectacular career filled with water from Songjiang ( China ). The uniqueness of this hotel of 400 rooms will increase the number of tourists. Status: Concept. The unique design of the hotel called Waterworld, to be built in the Chinese city of Songjiang, a group of architects engaged in its design, won the first prize at last year's international design competition. There is no doubt that whoever gets to Waterworld, seems to be like in a fairy tale. Underwater public areas, guest rooms, cafes and restaurants, as well as a huge luxury pool-lake will be situated on the territory of the hotel. And thanks to the unusual location of the hotel (right on the cliff), there will be proposed extreme sports such as rock climbing and bungee jumping. The largest underground hotel in the world will soon be in Shanghai. Songjiang beauty spot, the so-called new hotel is a unique engineering project which has 21 floors. The hotel goes down the steep wall of a pit straight to the artificial lake, which is located beneath the floor of the hotel fitness center. The roof of the hotel is a garden with a total area of 3000 square meters. The architects placed the hotel complex in a quarry filled with water. At 100 meters depth of the career will be 400 rooms, bars, restaurants, sports complex. For thrill-seekers jumping with a rope in the center of extreme rest located on the roof of the hotel will be offered , so you can climb the steep walls of the pit. An underwater restaurant that is separated from the ten-deep water tank is located on the second level. The theme of water is widely used in the project of the hotel, visually and functionally: a lot of bodies of water, waterfalls. All the demands of the modern "ecological architecture" of the park located on the roof, up to the geothermal energy extraction were taken into account in the design of the hotel.

Write your Review on Waterworld Hotel, Songjiang, China and become the best user of Bestourism.com 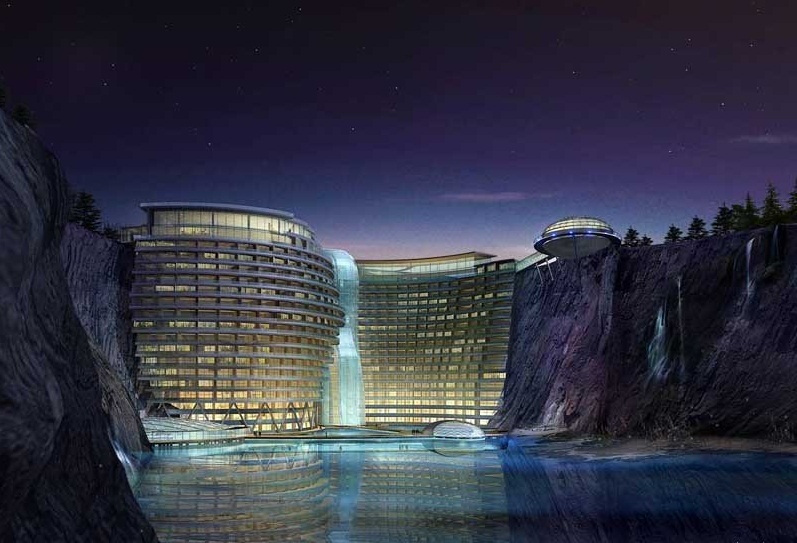 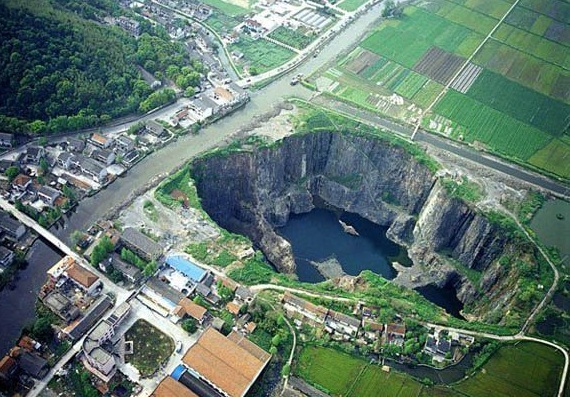 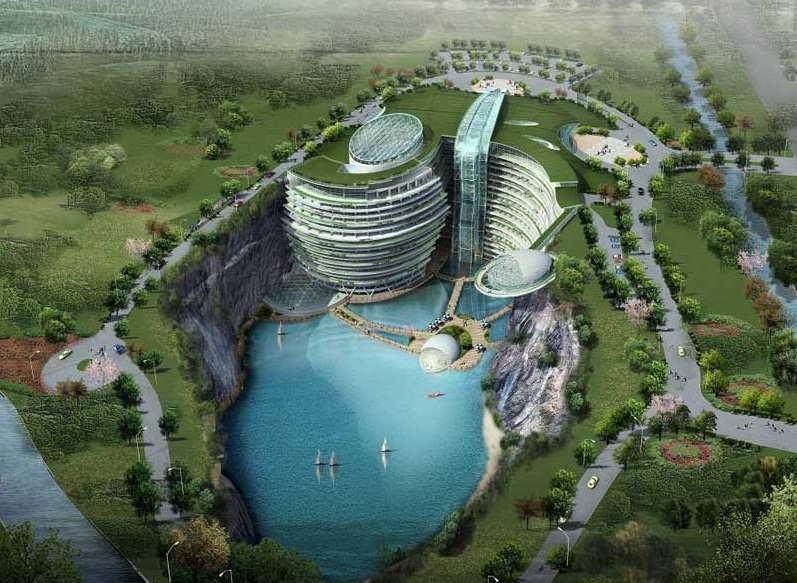