Destinations / The Most Futuristic Luxury Hotels in the World / The Flying Aeroscraft Hotel, California, USA


Aeroscraft is a huge and luxurious flying hotel of 400 tons, designed by Igor Pasternak at his firm in California - the Worldwide Aeros Corporation. The hotel will have an area of two football fields and a capacity of 250 passengers. This hotel will have a flying speed of 280 km / h, and will fly at a height of 2,400 meters. To minimize noise, it will have electric propellers. While flying near the hotel, the largest commercial aircraft will look like dwarfs, it requires less space on the ground than any plane because it does not need a runway: it will take off and land like a helicopter - straight up and below. Among the facilities offered by this hotel will be a casino and several restaurants. Status – prototype.

The Flying Hotel – an alternate airport airship builder of military

The huge flying airship has become a luxury hotel and it will be able to transfer the 250 wealthiest passengers across continents and oceans. This is not a dirigible plane. This is Aeroscraft. Unlike their ancestors, Aeroscraft is heavier than the air. Its 396 000 cubic meters of helium lift only two-thirds weight - take off the ship with a 400-ton payload to help six turbofan jet engines. Moving at a speed of 280 km / h, the vessel can cross the U.S.A. in about 18 hours, but in general - the range of the Aeroscraft is about 10 thousand km. The dimensions of the ship have an impressive height of 50 meters, 74 meters width, and a length of 197 meters. But despite the fact that the aircraft is larger than any airliner in the world it needs less space than any airplane you want, because Aeroscraft does not need a runway, it takes off and lands like a helicopter including on snow or water. Aeroscraft is at the early stages of its development of the prototype, but, as expected, the project will be completed by 2010 - several companies have expressed their interest already. The future founder of the company Aeros was born in Kazakhstan but he grew up in Lviv, and in 1988 he opened his own company and began designing giant airships to transport cargo to remote oil fields of Siberia. This company has become one of the first, taking up aeronautics privately after Gorbachev's perestroika. With the collapse of the Soviet Union Pasternak lost capital and, as he admits, "because of the growing anti-Semitism in the country" with his family and his colleagues he moved to the U.S.A. Pasternak noted with satisfaction that his engineering experience was totally in demand in the U.S.A. Retraining was not required, however, he had to learn a lot. Initially, in 1992, the company was based in Delaware, and in October 1993 he moved to California. Pasternak managed to convince several investors, and he began the manufacture of the Aeros airships for advertising purposes. Among its clients are MasterCard and the sporting goods manufacturer Spalding. As it has been estimated by Pasternak, the hotel's construction Aeroscraft cost about $ 46 million, but the operation gets twice as much. "We offer a fresh look at what can be done in the air," - says the head of the Aeros.

Write your Review on The Flying Aeroscraft Hotel, California, USA and become the best user of Bestourism.com 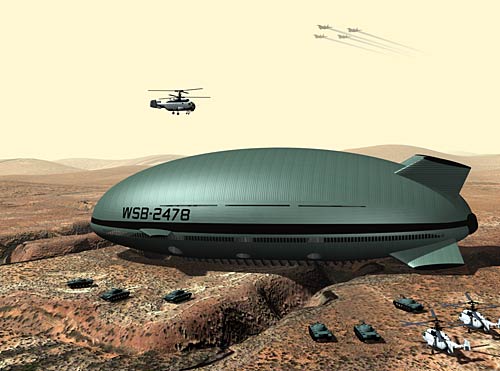 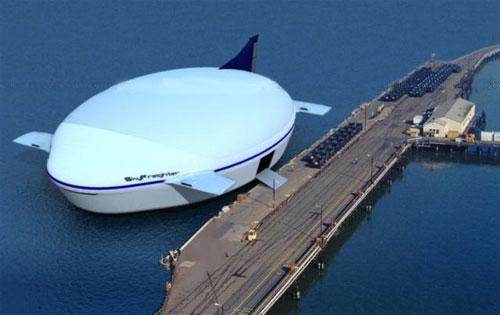