Manned Cloud is a concept of a type of a hotel-plane, designed by the French architect Jean-Marie Massaud. It is intended to be a green hotel, which will travel around the Earth at a speed of 170km / h, with a capacity of 40 passengers. It will also contain a restaurant, a library, a gym and a spa. Status: Concept.

The London designers of the Seymourpowell Company provided a flying hotel - Aircruise. A new draft of the hotel-flying blimp, submitted by the London designers is the most luxurious way to travel. After the death of Zeppelin "Hindenburg" the mankind worked on the idea of passenger traffic for many years in a leisurely, luxurious airship, comparable in comfort to cruise ships, where passengers do not have to huddle in the narrow seats, and you can safely walk the decks, looking down at the sailing landscape. And then, finally, a new project - Aircruise, returns the era of a luxury travel, where you do not have to sacrifice your comfort for the speed. The flying hotel has a vertical layout, and generally on an airship in the classical view is similar enough. At the same time it is able to develop an acruising speed of 100-150 km \ h. In this scenario, the journey from London to New York takes 37 hours, and from Los Angeles to Shanghai it can reach to 90h. Moreover, such a trip would not be the usual torture for the seats of a narrow airplane. Aircruise, like any other cruise ship, has a very spacious lounge, a restaurant and a bar and an excellent viewing platform. The representatives of the Seymourpowell Company report that the "blimp" will be able to climb to an altitude of 3600 feet and fly over the most interesting sightseeing places. The fifth floor hotel will be made of flying panoramic glass windows and tenants, the passengers can enjoy the seas, the oceans, the forests and the cities. The maximum number of people carried by the aircraft will be around 100 people, 20 of them - the staff. The board is supposed to place the four standardrooms, five smaller in size and a penthouse. It is worthy to note that the new product is a totally environmentally friendly means of transport. As an energy source are the hydrogen fuel cells, which also provide hoteland clean water and solar panels. The British designers, armed with the technology of the XXI century had the second chance to create a "flying ship". This hotel has all chances to become the most luxurious and unusual way to travel. 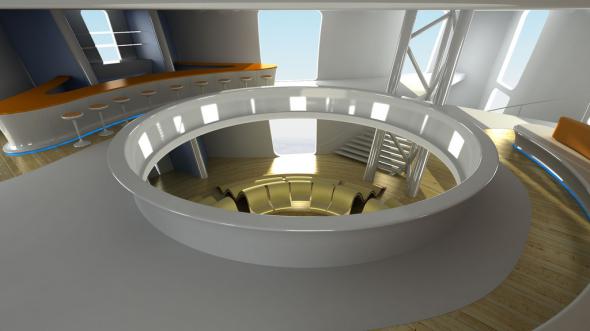 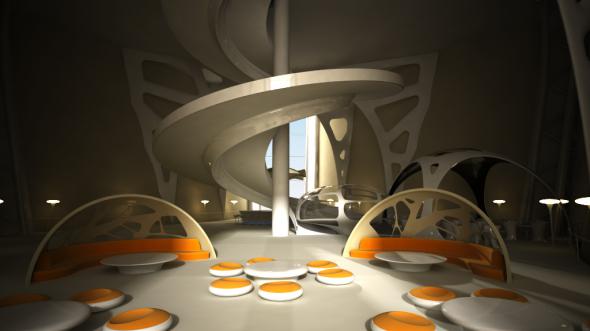 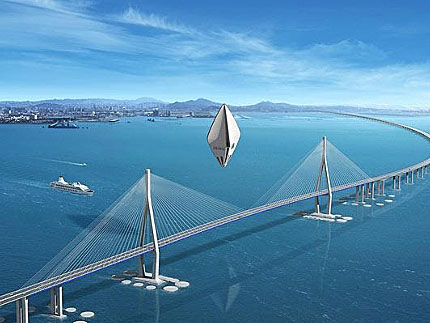