Experiencing extraordinary economic growth from pouring into the Caspian countries oil revenues, Azerbaijan is going to completely rebuild the capital and turn it into an architectural meku in defiance of neighboring Kazakhstan. A Korean firm will build a hotel on the Caspian coast and an office complex. A hotel will be in the form of a full moon, and the second, on the opposite side of the bay in a crescent. The plan is to build two of the most unusual skyscrapers in the world. This Asian resort reinvents the notion of skyscrapers, with patterns inspired by outer space.

The South Korean architects who designed this complex have provided two Asian hotels facing the Caspian Sea: The Full Moon Hotel is a sphere with a hole in the top right, which resembles a black hole ( black holes appear in the explosion of a star - hence the name of the complex ) - and The "Crescent" Hotel - a similar arc of a month up. The "Full Moon" Hotel is designed so as to change the appearance radically if viewed from different angles. Architects say that working in order, would create a group of buildings, which would look differently if you look at them from another angle. This vision is clearly illustrated in the following image. The total height of the Full Moon Hotel is of 150 meters. The building has 35 floors, which houses 382 rooms. Between the hotels three large houses and an office complex with a height of 203 feet (43 floors) will be built. Apparently, "the eighth wonder of the world" will be built in Azerbaijan’s capital. Status: in construction Estimated cost of project: over $ 500 million.

Write your Review on Death Star Hotel, Baku, Azerbaijan and become the best user of Bestourism.com 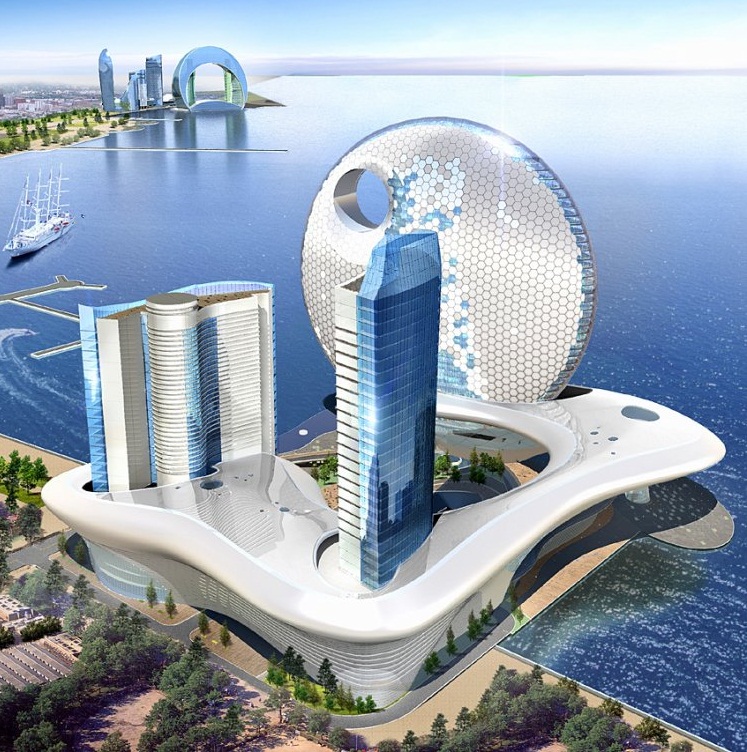 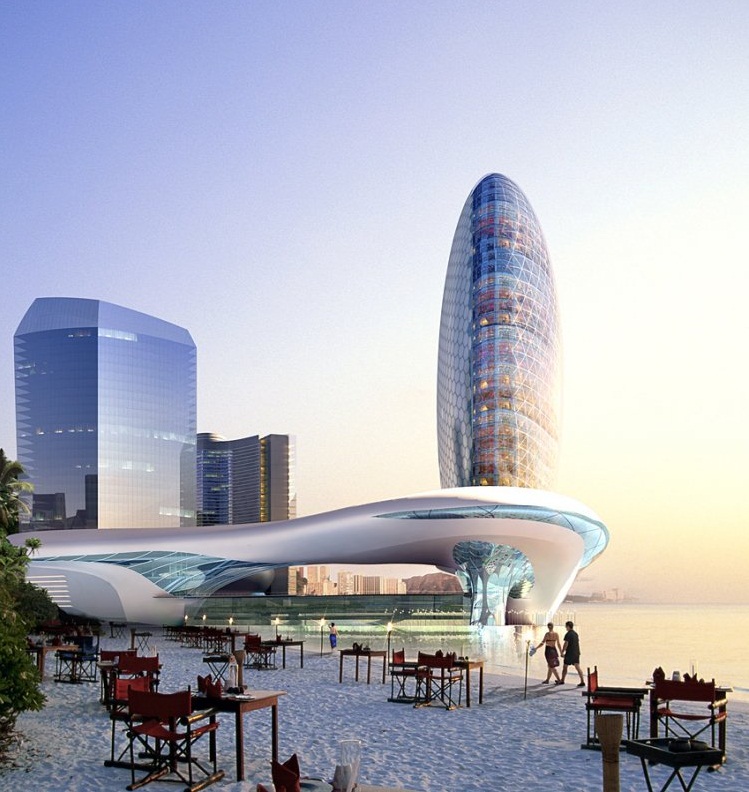 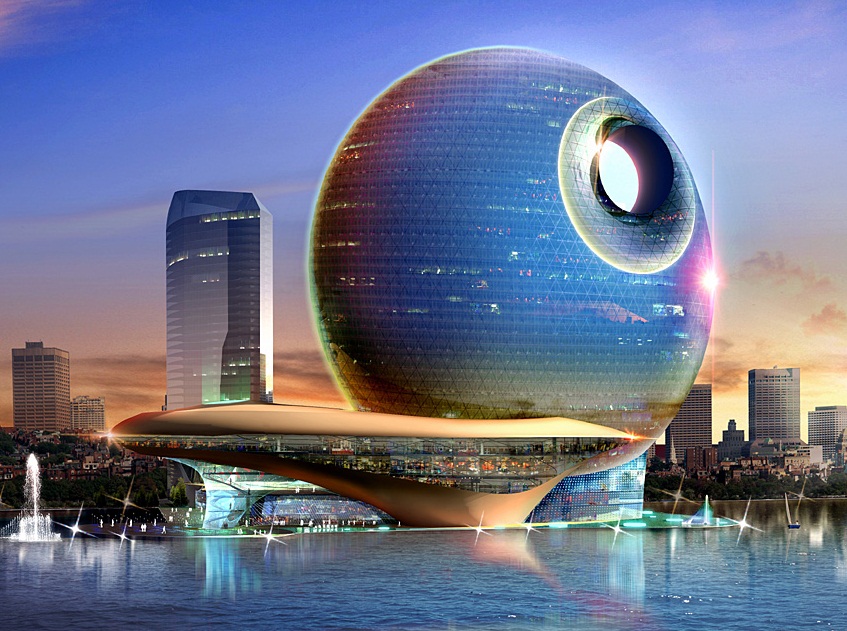