Destinations / The Most Futuristic Luxury Hotels in the World / The Burj- al-Arab Hotel, Dubai


There is no man who hasn’t ever heard of a hotel having the form of a "sail", growing straight from the sea on the Persian Gulf. The Burj Al Arab, the 56-storey hotel is the most luxurious and unlike any other hotel in the world. Unofficially considered the first (and still the only, until the completion of Apeiron's) 7-star hotel in the world, the Burj-al-Arab Hotel is the most luxurious hotel in the world. This hotel in the shape of a sail boat is built on an artificial island along the Jumeirah beach 280 m away from being connected to the mainland by a private bridge bent. With a height of 321 meters, Burj al Arab is the 4th tallest hotel in the world. If Burj Al Arab's exterior is an expression of modern architecture, its luxurious interior is a combination of Western and Eastern styles. Burj Al Arab has a huge atrium of 180 feet high and boasts 8,000 square meters covered with gold leaf and 24,000 22-carat square feet of marble. The estimated cost of the project is of 1.6 billion $. Cost per person: from $ 1,000 to over $ 28,000 per night, and $ 75 to take a look inside.

Burj Al Arab, commonly known as the Sail, is the most expensive and luxurious hotel in the world. There are no standard rooms. This is the first seven-star hotel in the world, and concurrently it is a symbol of Dubai. Sheikh Mohammed, the ruler of Dubai realized that the development of tourism is necessary and decided to create a recognizable symbol for the Emirates. The same as the Eiffel Tower in Paris or the Statue of Liberty in New York. For this purpose, he hired the English architect Tom Wright. The idea to build a hotel in the shape of sails came to him accidentally. He sat in a bar and drank beer. Swams past the windows of Arab dhows to sail. Tom exclaimed, "Eureka! Here is a simple and recognizable form that can attract even a child!" To get to the Burj Al Arab is just impossible. It stands on an artificial island and it links with the land by a bridge, which is guarded. The Burj Al Arab Hotel has the world's highest hotel lobby - 180 meters. The hotel itself is triangular, and the white side, which is usually visible from the outside looks like a really stiff sail. If you raise your head up, you'll see a kaleidoscope. Every other floor has a little previous. The corridors are not straight, but with convex sides. The color of the ceiling varies from floor to floor. It gives an impression of surrealism. A concierge will be at each floor to make guests comfortable. You will always be met by the lift and carry up to rooms. At the same time the butler is always joking, asked how was your day, in short, they are very lovely people. So, to go along the corridor is not scary. Fencing is very broad and convex. To look down is just impossible. Panoramic rooms more than others on the floor look directly on the 2 sides. The hotel has 27 floors. Each room is equipped with a laptop, a fax, a copier and a color printer. That's kind of in reverse: The door opened to us the girl, who came here with us from the lobby. The room has speakers for iPods kreydelom, and all the equipment is controlled from the panel AMX: TV sheltered golden armor. In general, the construction of the hotel was used by 8000 square meters of gold leaf.

The Burj Al Arab Hotel is not only a gorgeous two-story room, but several wonderful restaurants and a magical beach. The restaurant "Al Muntaha" is situated at a height of 200 meters where you can admire the panorama of Dubai and the Persian Gulf and through the glass walls you will see the underwater world life. The restaurant was voted as the best underwater restaurant in the world and it is one of the 10 best restaurants in the world. The hotel is more famous due to the restaurant Al Muntaha, which means " the highest." Another famous restaurant called the " The Oyster" is hid in the basement of the hotel. It is considered one of 10 best restaurants in the world. There you can get on an elevator that looks like a submarine, and then pass through an underwater tunnel. The tables are arranged around a huge aquarium for dinner. Children are not allowed here. In the evening men should wear suits.If you do not have a jacket, they give while staying in the restaurant. Once a person forgot glasses and could not read the menu. They brought him a box with all sorts of glasses, so he would not feel uncomfortable: the menu starts with oysters. The Burj Al Arab has absolutely everything you could wish for. The hotel stands on an artificial island, which is fastened around by boulders. The beach is located on the mainland and it has its own entrance. The hotel has a golf course and squash courts. Waiting for their visitors pools and tennis courts, health and fitness center and water park, playground and a helipad. Those who like active leisure sailing, windsurfing, water skiing, scuba diving, sailing and tennis.

Write your Review on The Burj- al-Arab Hotel, Dubai and become the best user of Bestourism.com 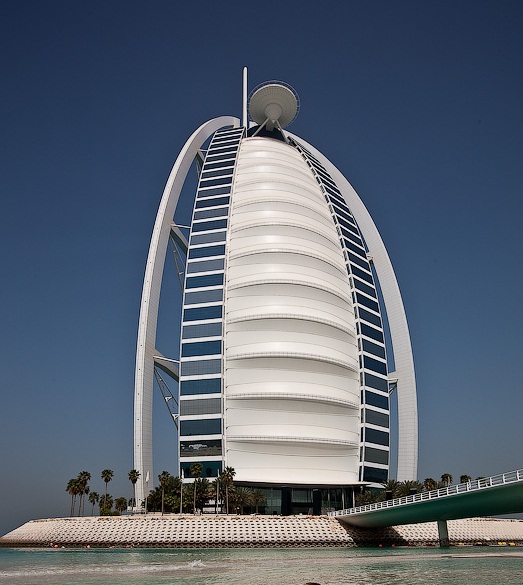 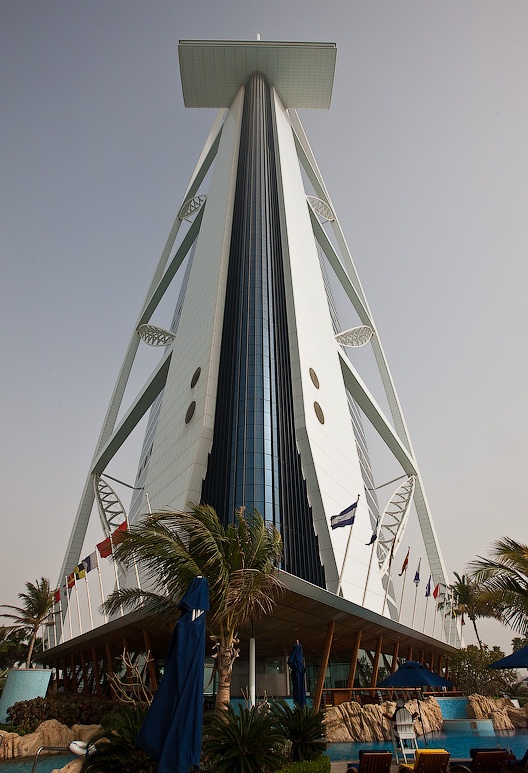 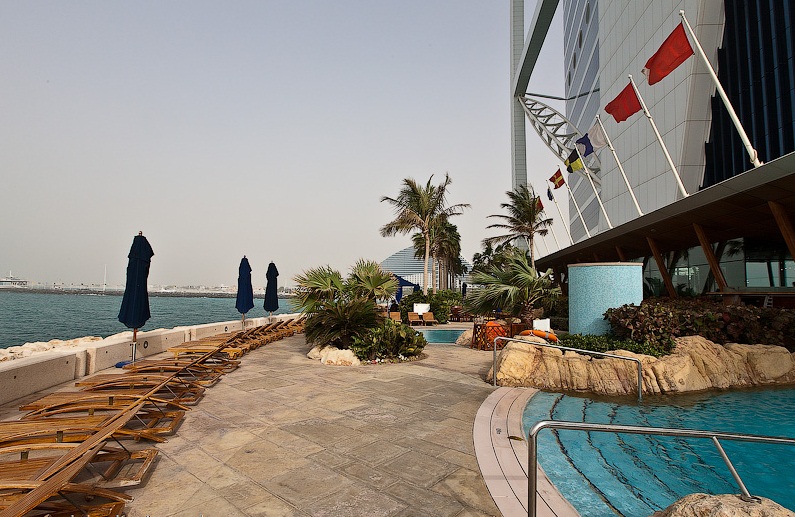 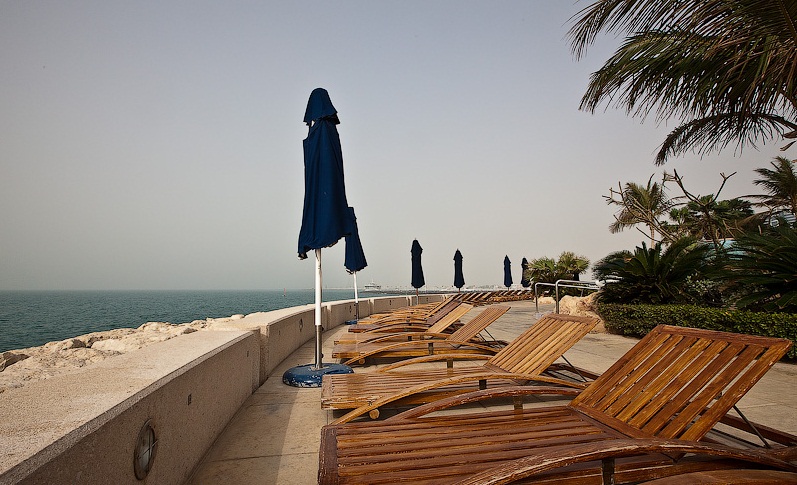 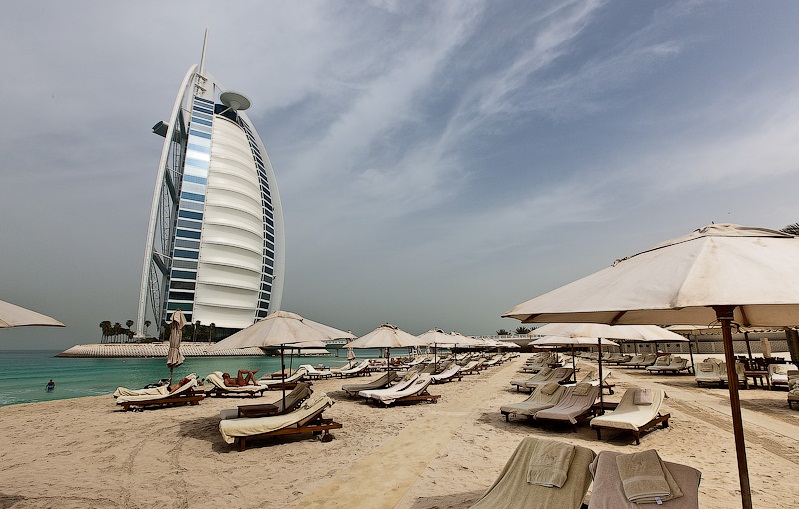 The Burj- al-Arab Hotel, Dubai - The beach of the hotel 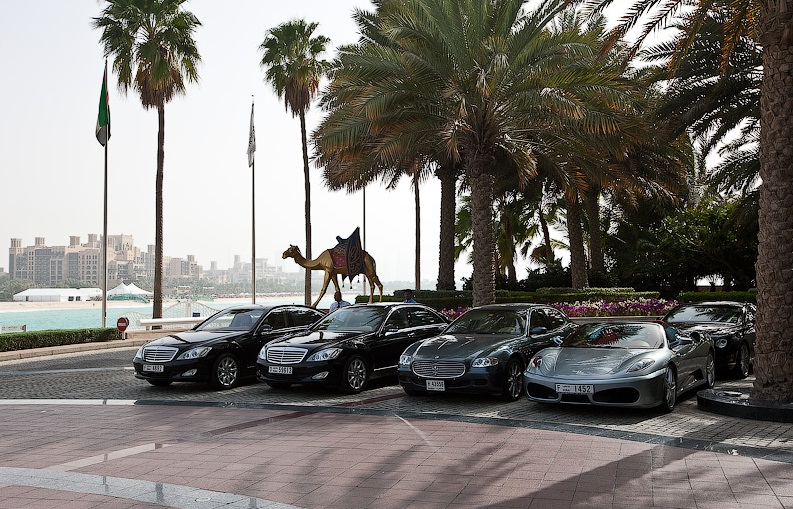 The Burj- al-Arab Hotel, Dubai - At the entrance 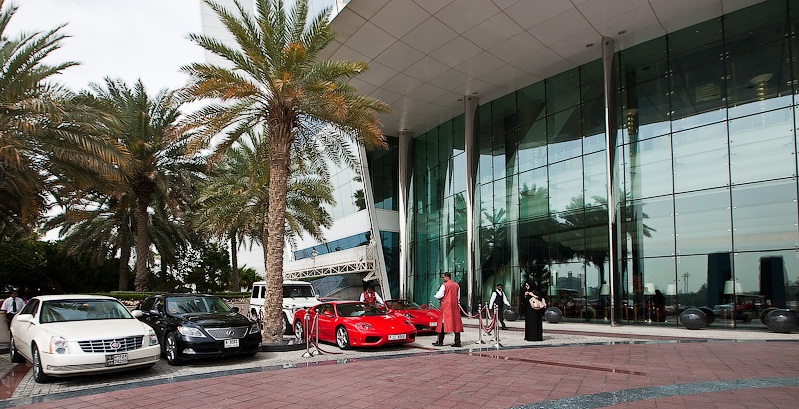 The Burj- al-Arab Hotel, Dubai - Main entrance of the hotel 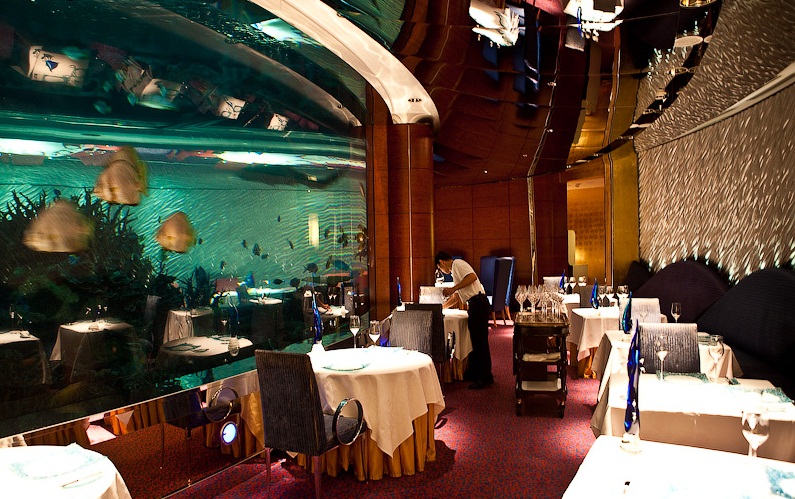 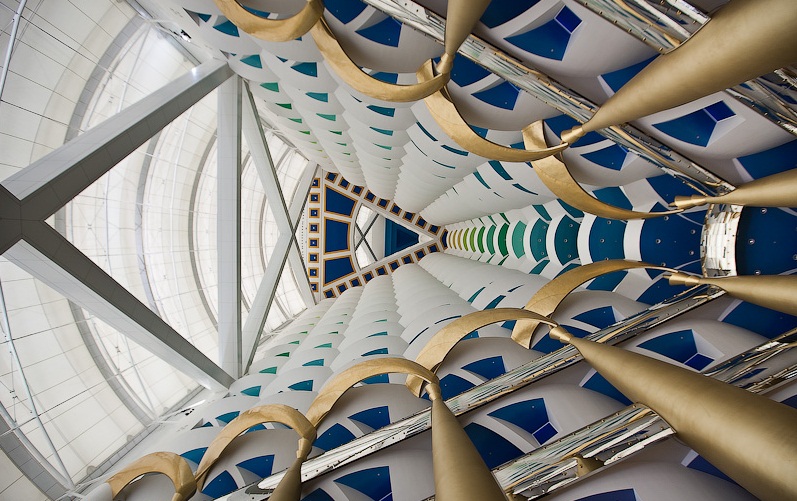 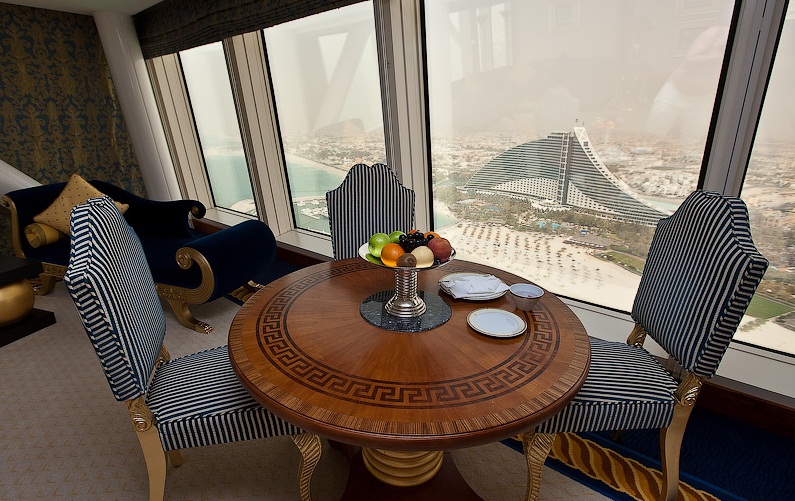 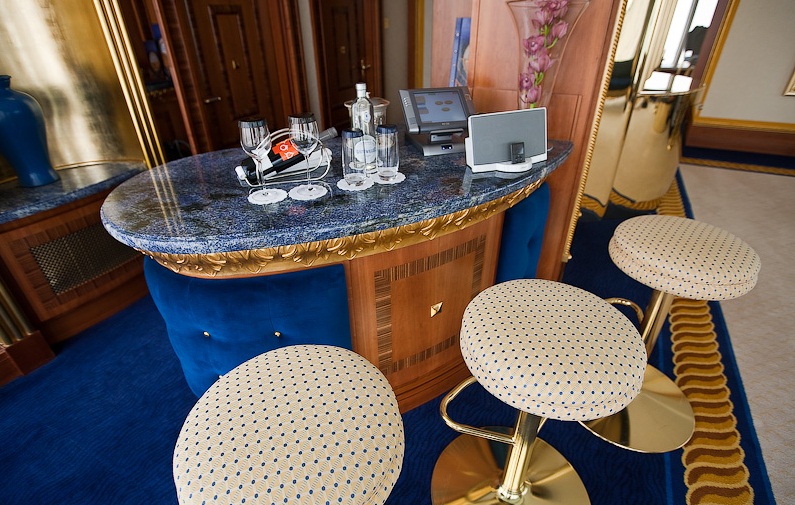 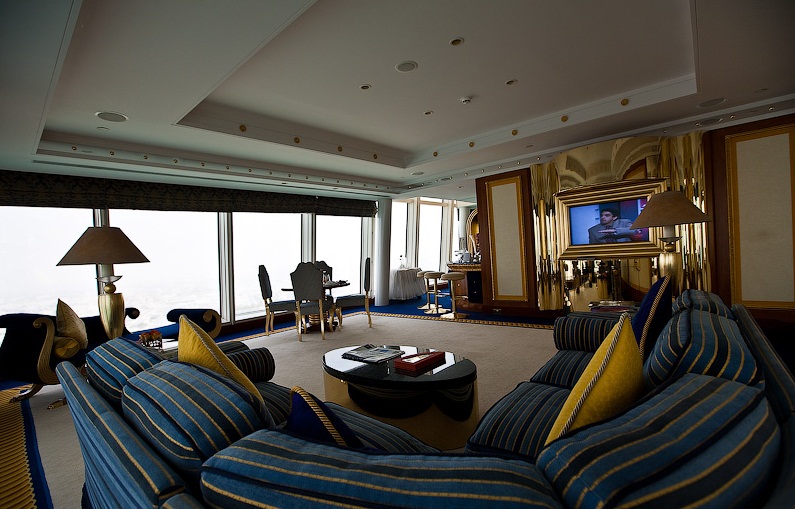 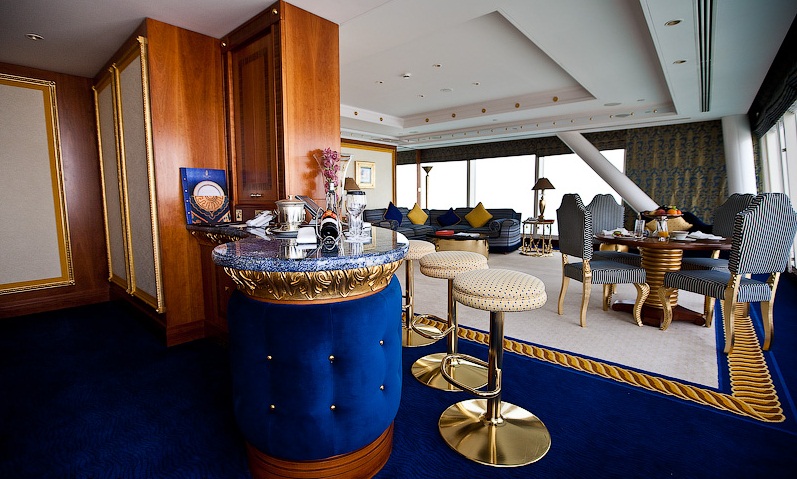 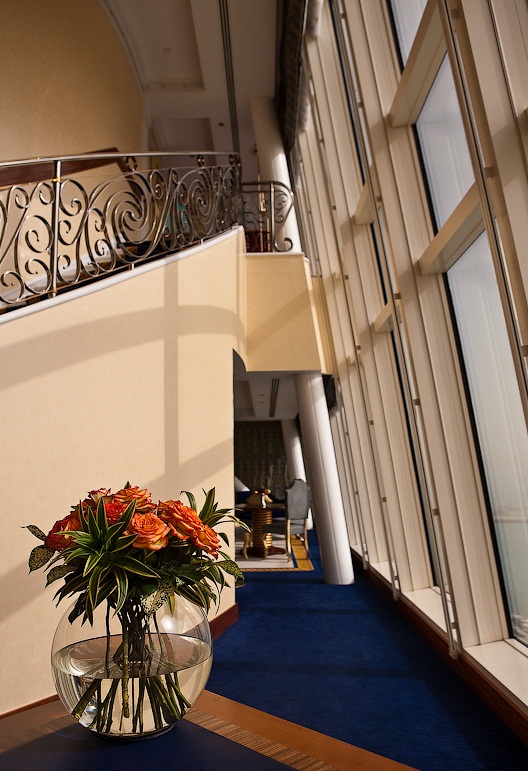 The Burj- al-Arab Hotel, Dubai - The East and luxury 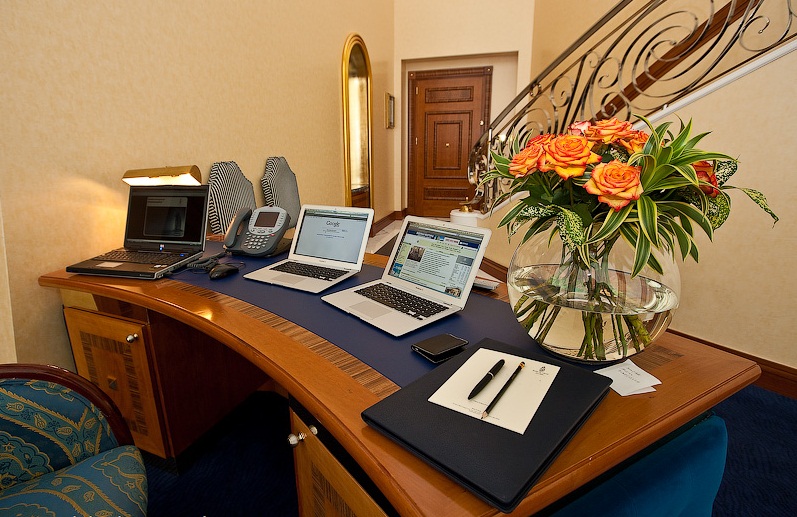 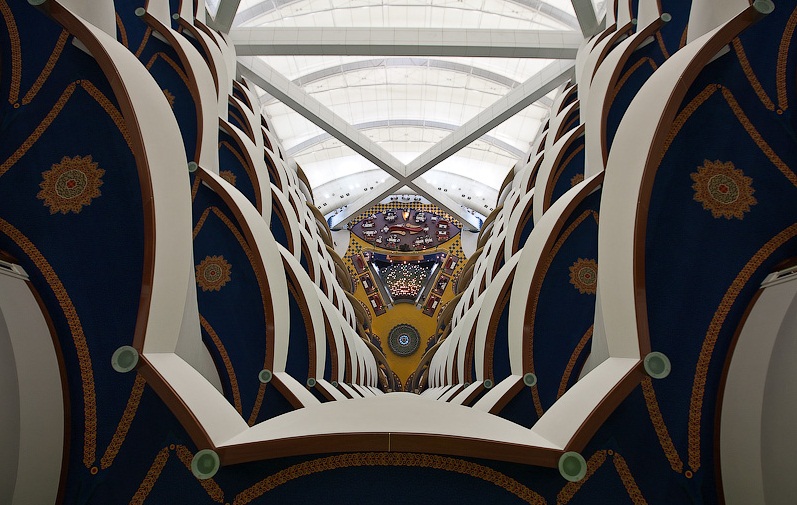 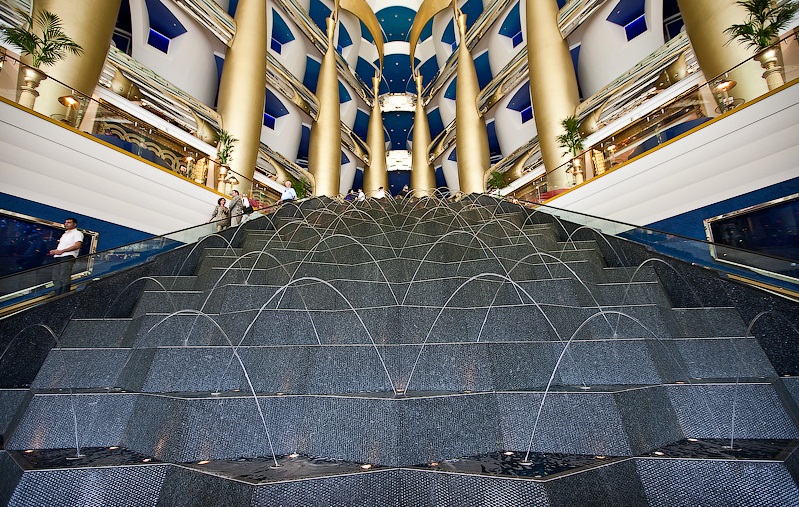 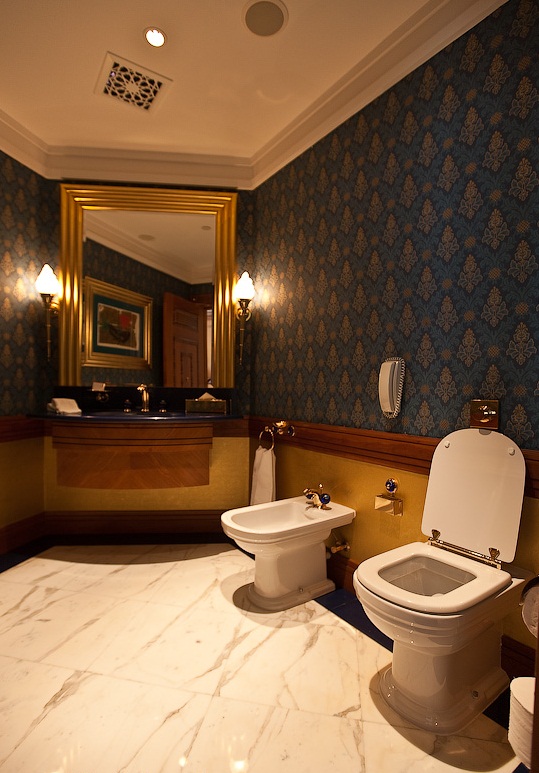 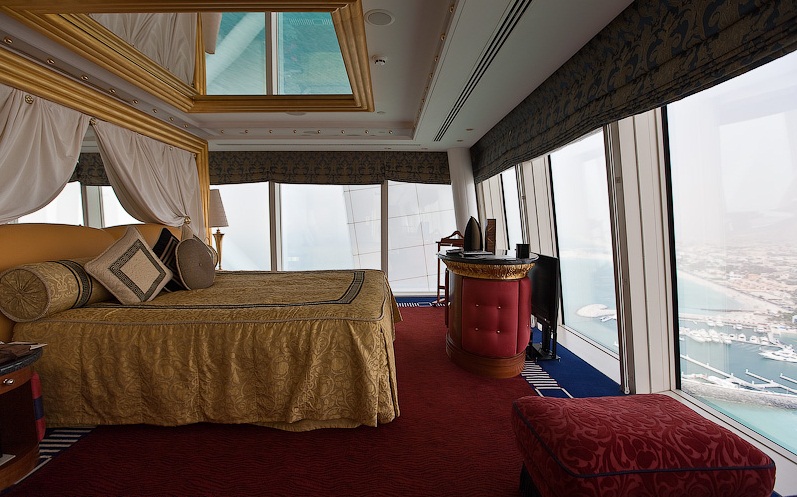 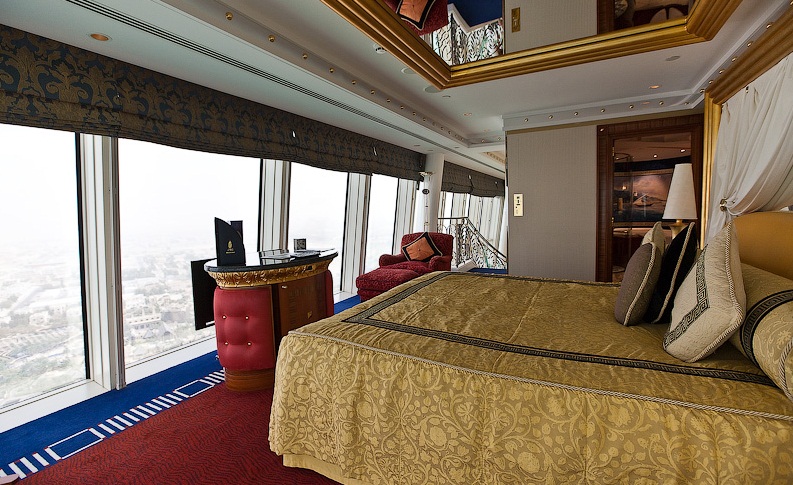 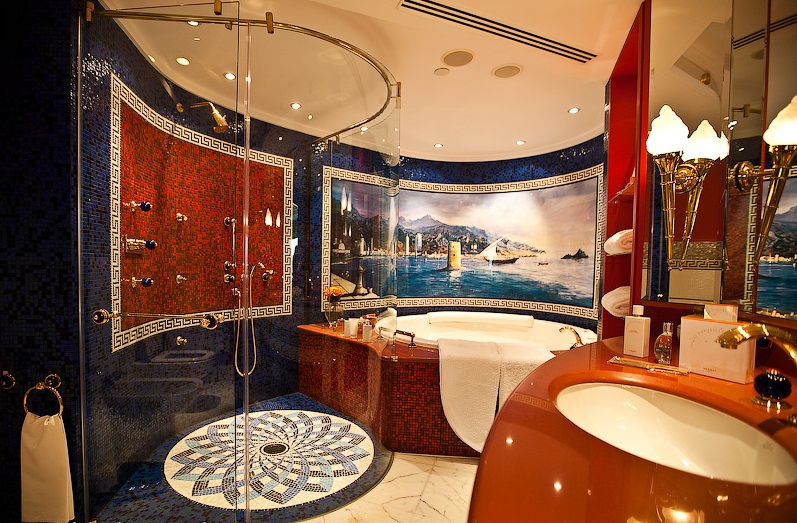 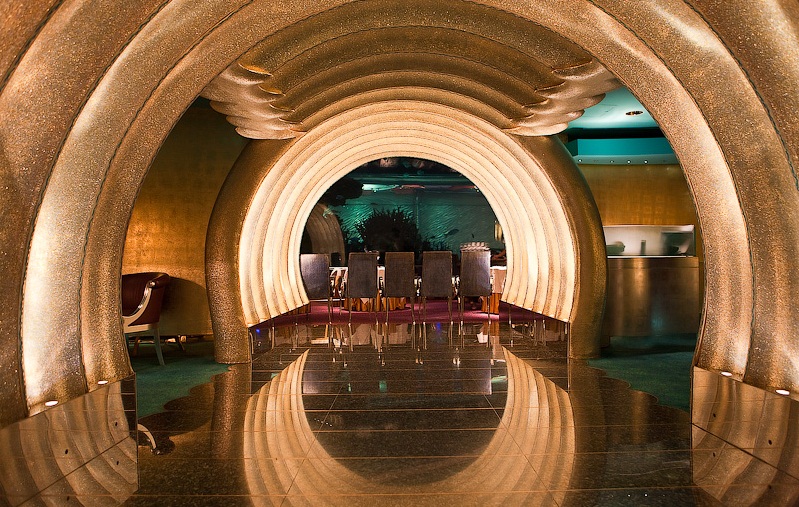 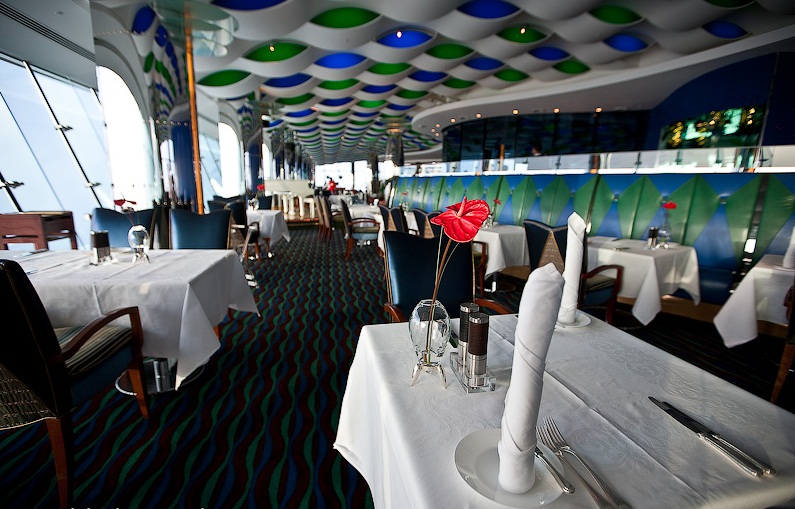 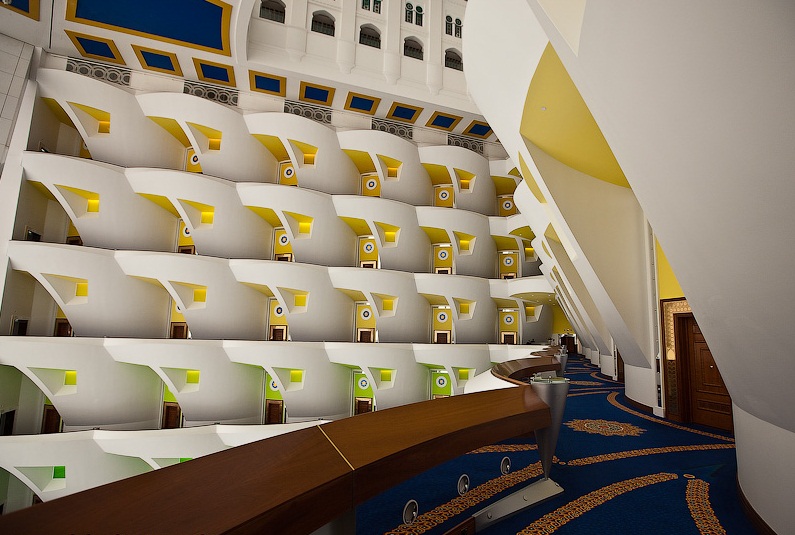