"The Giants Rocks" - as translated from the Spanish name of the giant cliffs Acantilado de Los Gigantes are situated on the west coast of Tenerife. Stretched for 10 km the Teno mountain range, the western slope of the volcano Teide has a gentle descent: the island's inhabitants steep basalt cliffs reminiscent of the back of the giants, near the volcano, which gave the name of the mountain formation. Los Gigantes cliffs are the highest cliffs in Spain. The height of the scarps are as high as 500 meters, and at the same rate they are immersed in the ocean. It is best to enjoy the majestic scenery from the sea: it organizes numerous boat trips on yachts and catamarans, combining a walk to the cliffs to the observation of whales and dolphins that live in this part of the coast of Tenerife. At the eastern foot of the rocks of the same name is a cozy town where is the largest port and light recreational fishing vessels. If you decide to go on fishing in the ocean it is better to do it from here.

The town of Los Gigantes is a popular and bustling tourist resort for German and British tourists who prefer a quiet holiday. The town itself is represented mainly by low-rise Aparthotels and has a small beach with dark sand. The tourists wishing to rest in the area, are offered accommodations . Another beach with dark volcanic sand , Playa de la Arena , located south of the coast, near Puerto de Santiago is a former fishing port and now a resort town, the "de facto" merged with Los Gigantes in a single unit. The Los Gigantes cliffs are sheer basalt stretching for 10 km along the west coast of Tenerife. Next to the rocks on the shore is the city of Los Gigantes. The city is popular for its black sand beaches and the scurrying ships. Groups of whales can be seen swimming from the top of the cliffs. Spain is the only country that legally banned the hunting of whales. The Giant cliffs, known as Acantilados de Los Gigantes form the backbone of the Teno mountain range. Los Gigantes cliffs are the highest in Spain. The height of the scarps is as high as 500 meters, and at the same rate they are immersed in the ocean. It is best to enjoy the majestic scenery from the sea: it organizes numerous boat trips on yachts and catamarans, combining a walk to the cliffs to the observation of whales and dolphins that live in this part of the coast of Tenerife.

The Los Gigantes cliffs is not a secure area and cannot be classified as a nature park. In any case, they have no equal in Tenerife due to the impressive panorama . Indeed, the stone walls 60 feet high, steep and, in fact, almost perpendicular to the large number can only be appreciated as it should be nature lovers. In addition, the water at the foot of the rock is perfect for practicing a variety of water sports, so the diversity and the fans of the fishermen come here to enjoy their favorite activities. This place is situated in the city of Santiago del Teide. These gloomy majestic cliffs on the island of Tenerife are the highest in the Canary Islands and in Spain. The dark volcanic basalt cliffs of Los Gigantes de Akantilados descend from the Teide volcano and it represent western slopes steeply falling into the water. The rocks resemble the backs turned away from the sea giants, this is probably the name. In the past the cliffs were called "the wall of hell." It's easy to imagine because the sea cliffs are completely inaccessible. Only a small, flat stretch of the coast under the cliffs and it squeezes into the town with the same title - Los Gigantes.

The resort is a special place to relax. The town has been compressed between the cliffs and the sea, in principle it cannot accommodate too many tourists, so it is very calm. Exotic black beaches of Los Gigantes are composed of sand and volcanic rocks. The Giants of the sea lifts their back to a height of 500 meters, but the water does not go very deep - up to 30 meters. The sea bottom is close, but very difficult to achieve, so sometimes there are legends about the extreme depth of the bay. The amazing bay, separated by a wall from the sea is a heaven of dolphins and whales. They both appear willing to ride in boats to tourists. A boat trip may be the most memorable entertainment in Los Gigantes - especially as it is the only open sea with a full view of the Los Gigantes, from where the cliffs of the Teide peak can be seen.

Write your Review on Acantilados de Los Gigantes and become the best user of Bestourism.com 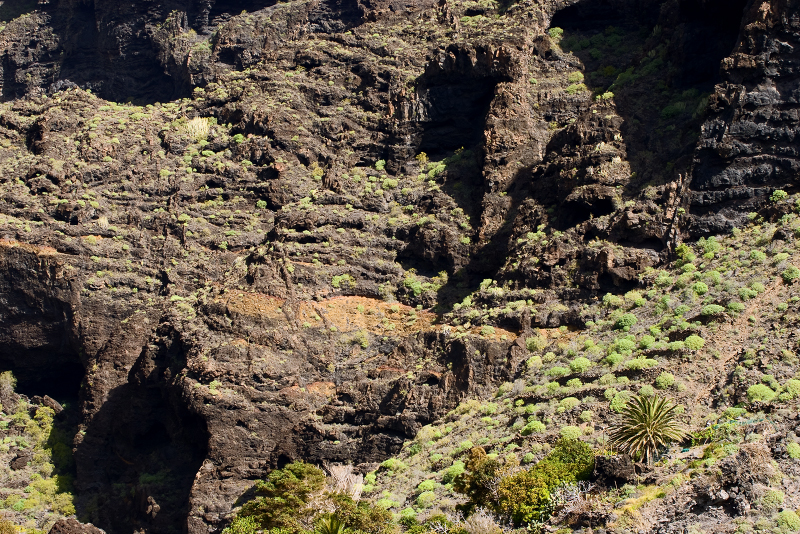 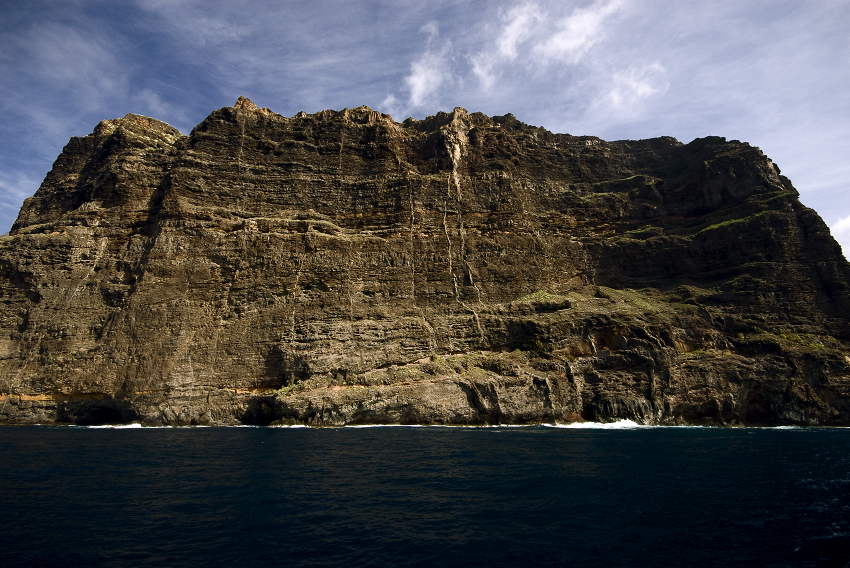 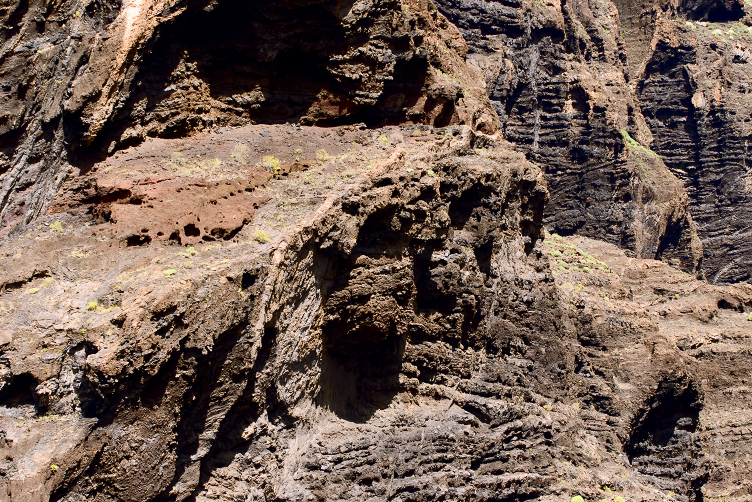 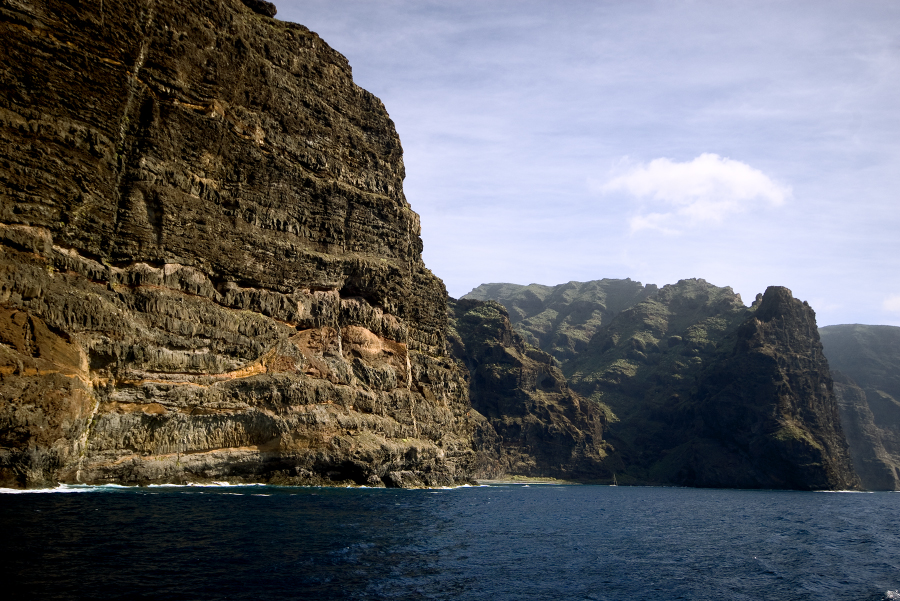 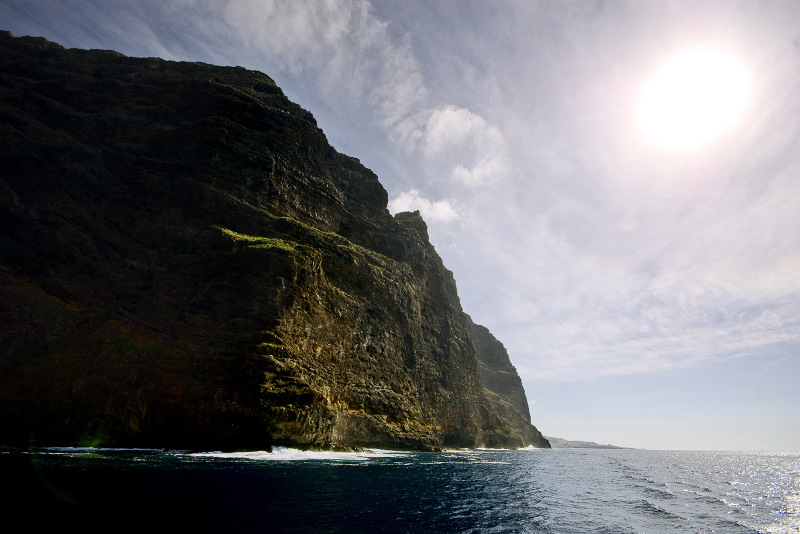 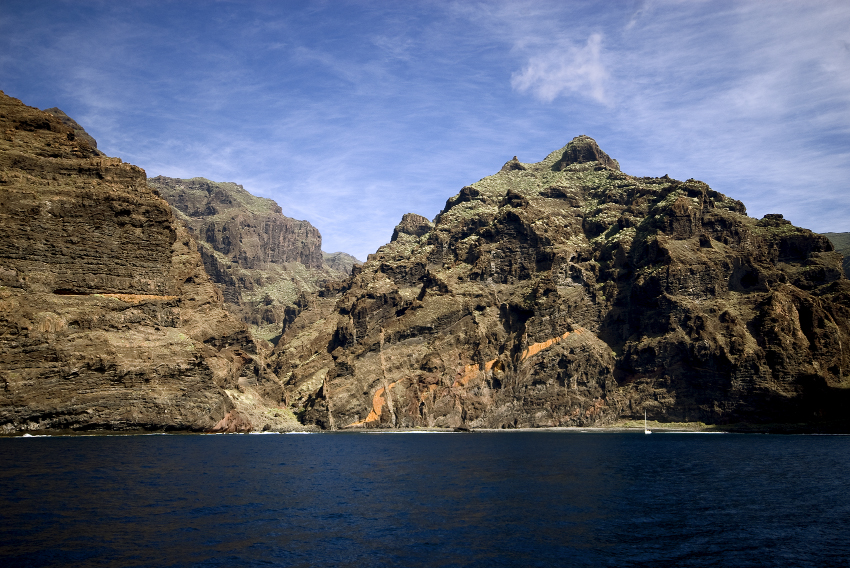 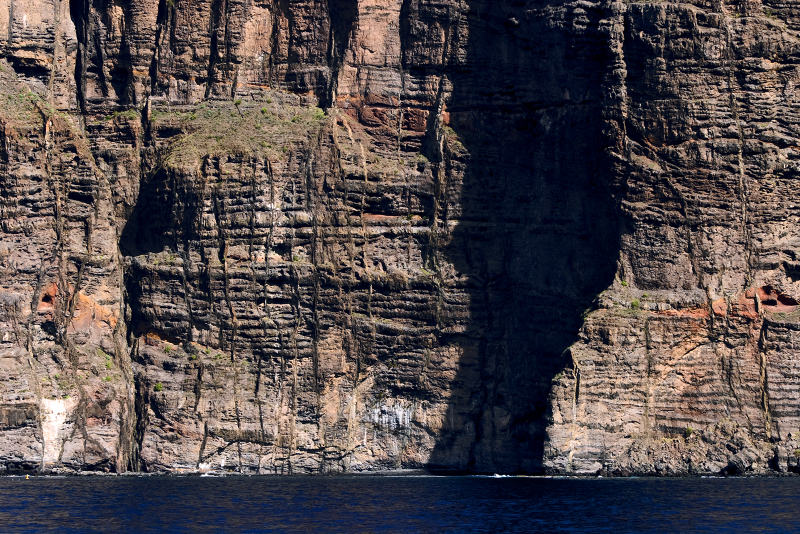 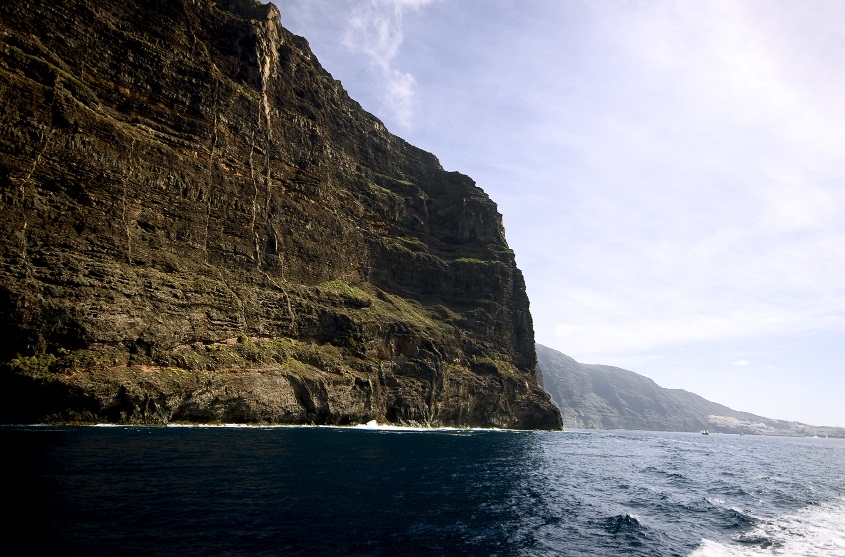