Paracas National Park: a journey of discovery into the world

For many years, tourists from all over the world try to visit Peru. Their route usually includes Lima, Cuzco, the Inca capital, the magnificent ruins of Machu Picchu, the Andes and even proud boat trips on the Amazon. Not so long ago another attraction entered this list - the Paracas National Park. It is located at about 250 kilometers south of Lima, in the way of the Pan American Highway.

The Paracas National Park occupies 335 000 hectares of the coast and the peninsula of Paracas. It was founded in 1975 by the Government of Peru in order to preserve the many animals that live here as well as migrating annually. It brings respect for the environment and it promotes tourism. This is where more than 100 archaeological sites - evidence of centuries and the old culture of Paracas were discovered. Paracas, Peru's only marine reserve is known for its unique fauna, and above all, for the great colonies of sea lions. Many species of birds, including endangered condors, and black ostrich live here too. Besides the protection of animals in the reserve, there is another task - to preserve the remnants of an ancient culture Paracas, which existed in the area during the first millennium BC. There was discovered a unique underground necropolis of forty mummies, which are now stored in a museum in Ica.

The icy water, the shallow and upwelling water is a successful combination which made this area one of the richest marine lives in the world. The abundance of microorganisms, including phytoplankton and zooplankton serve as food for millions of anchovies and other small fish, which swarm with these rich waters. These gifts of the sea, especially anchovies, support the lives of many sea birds, penguins and marine mammals.

In the first millennium BC there existed the Paracas culture, and later changed its civilization in Nazca, famous for its enigmatic paintings. In September 1820, a detachment of the famous Paracas Latin American revolutionaries of San Martin landed celebrating the liberation of Peru from Spanish rule. In 1975 there was a national park.

Paracas National Reserve is located 261 km south of Lima, 75 km from Ica and 22 km from the city of Pisco. This coastal ecological system, stretches out on 335 hectares and consists of deserts, beaches, islands, coastal cliffs bordered by the Pacific Ocean. The climate is subtropical in Paracas. The average annual temperature is +18,7 ° C, for virtually the entire year is a clear sunny weather, and precipitations are rare. At the same time, the strong winds which blow here sometimes lead to dust storms.

The way from Lima to Paracas by car on the Pan American highway takes about three hours. When is it better to go Paracas can be visited all the year round.

Paracas National Reserve is home to many unique species of birds and marine animals. Its main inhabitants are birds, pelicans, flamingos, as well as dolphins, sea lions and Humboldt penguins. Guests can reserve and have a wonderful opportunity to photograph the rocks and the birds inhabiting them, as well as sea lions and penguins.

The islands are mostly rock formations, which are wedged into the sea, and you can only wonder how the penguins and the sea lions clumsy on land and manage to get to their lounges. You will see huge flocks of birds, colonies of cormorants and sea lions.

The Cathedral is the so-called mountain of bizarre shape, which in fact plays Catholic church dome. Paracas is best known for the so-called "Chandelier" –a historical monument drawn in the sand giant bas-relief, which was established by Indians long before the Inca Empire.

In the village of Lagunillas, guests can enjoy wonderfully prepared dishes from traditional local cuisine of seafood, perhaps the best of Peru. Excellent cuisine is offered here.

Fans of extreme activities can be recommended for night skiing on sand dunes car, buggy-type 4 x 4. There you can frolic on special boards. The Ballestas Islands are an ideal place for diving. National competitions of scuba diving and spear fishing are held here too.

Write your Review on The Paracas Sea Cliffs and become the best user of Bestourism.com

Maps of The Paracas Sea Cliffs 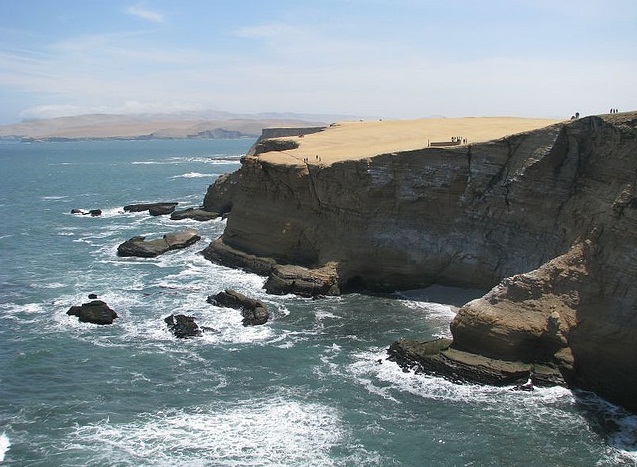 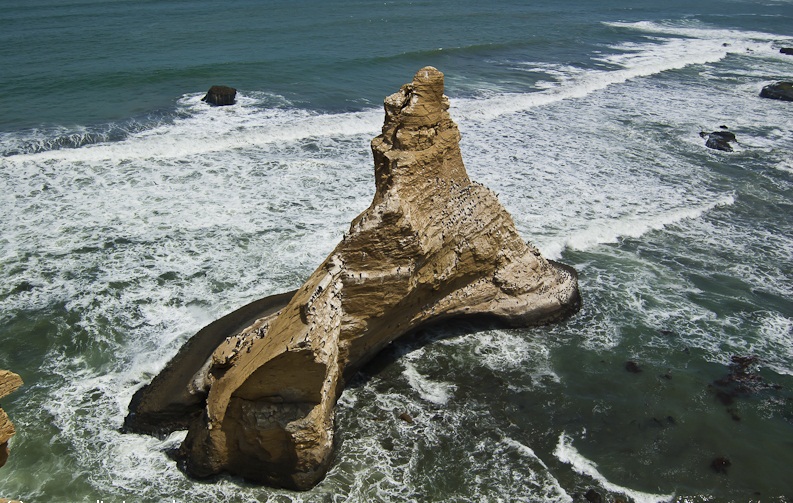 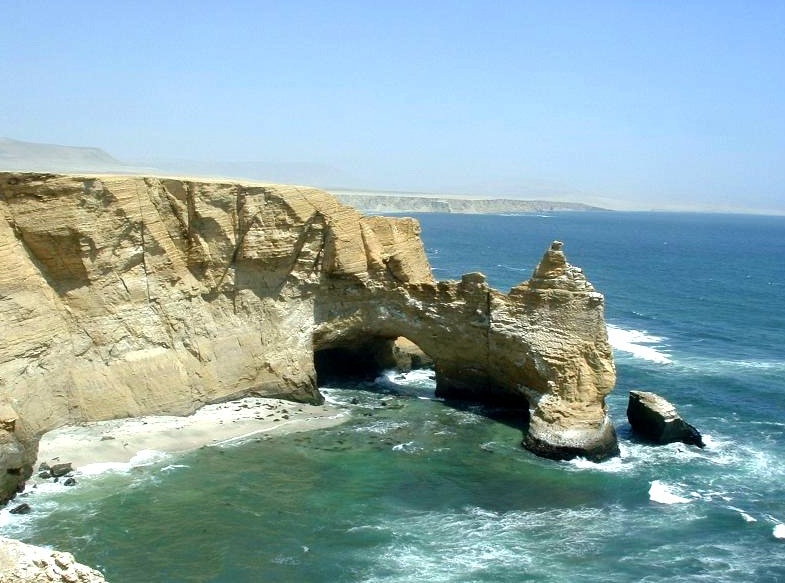 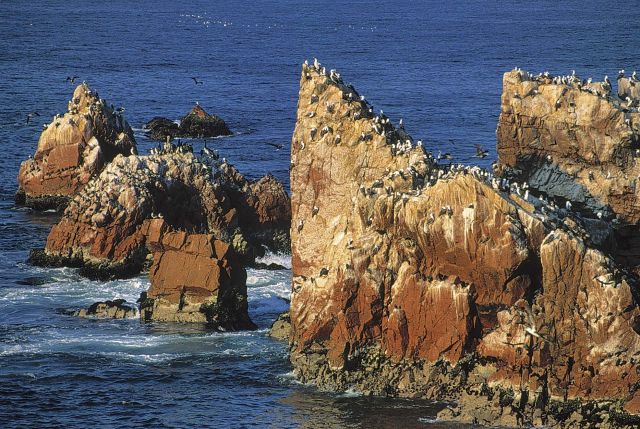