World Tourism / The Most Dramatic Sea Cliffs in the World / Santorini


The island of Santorini is situated on the southernmost island of Cyclades of the Aegean Sea. It has an area of 76 sq km with a coastline of 70 kilometers with the most dramatic sea cliffs in the world. Santorini is a volcanic island near Crete.

Today Santorini is the result of a powerful earthquake that struck the island at about 1450 B.C. The cliffs rise at nearly 400 feet above the sea level. The island has the shape of two huge jaws around the lake, filled with clear blue water. The extraordinary beauty of the nature, the wild landscapes of volcanic origin, the unique landscape of rocks and the red-black sand beaches caused the rapid development of the tourism industry on the island. Santorini ‘s capital, Fira is located on the edge of a sheer precipice at a height of 260 m above the sea level. Cruise ships drop the anchor at the bottom of Fira, mooring Mesa Gialos. Here you can climb on foot about 700 steps. Santorini offers travel services to suit all tastes and financial possibilities. Santorini is a fabulously beautiful archipelago island. Jacques-Yves Cousteau called Santorini mysterious . Black volcanic sand beaches, snow-white houses on the slopes of gentle hills, green vineyards, the blue Mediterranean Sea, the Mediterranean landscape make the place one of the most beautiful attractions.

The archipelago of Santorini is a group of five islands:

Thirassia, 9,3 square kilometers, about 250 persons. Visits by boat are performed to the volcano and to thermal areas here. They offer an unforgettable spectacle.

Aspronisi, 0,1 square kilometers is not populated.

New Kameni (Nea Kameni) 3,4 square kilometers. It is not populated. The rocks of the island rises almost 400 feet above the water, and above - the intricate maze of terraced streets of the island's capital Fira and hovering over the roofs of blue-domed churches.

If you see the dramatic views and if you travel on this small island by car, you can see the unique sunsets which do not happen anywhere else. Where else can you see the colorful beaches with their white or black high sea  cliffs?

Write your Review on Santorini and become the best user of Bestourism.com 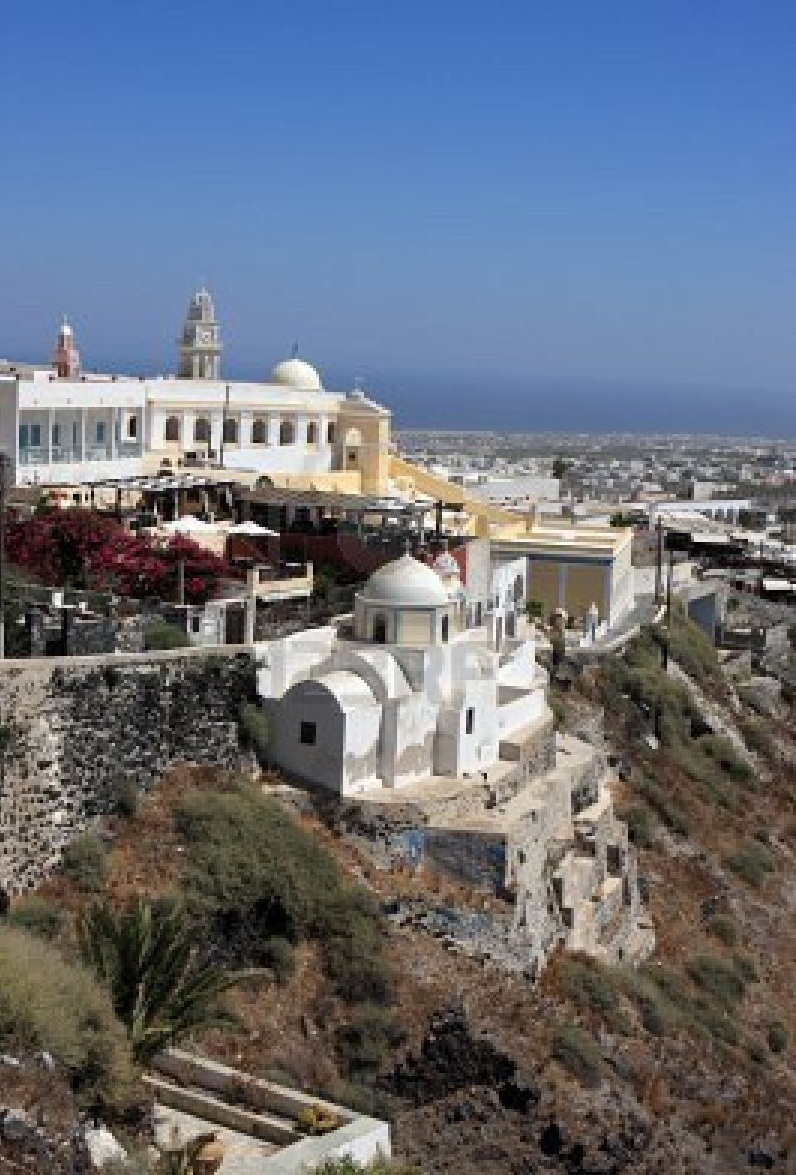 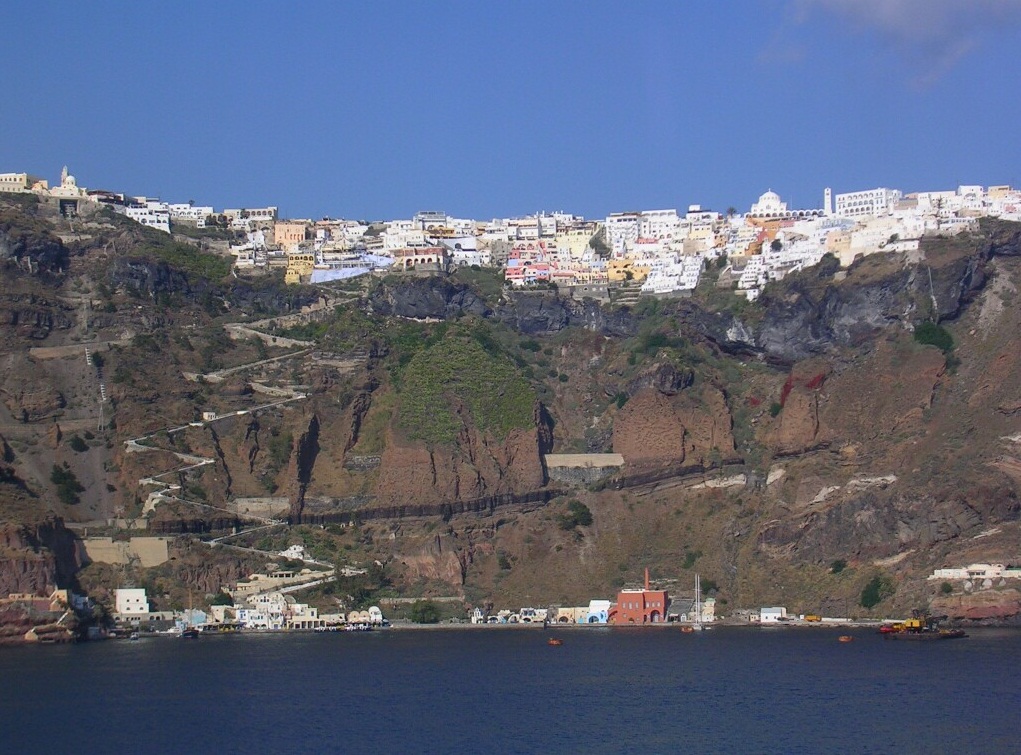 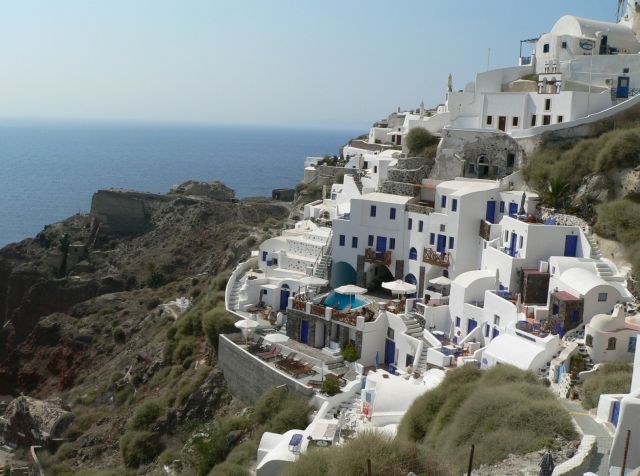