Dover is known to history as "the key to England". You can see the chalk cliffs from the open sea to many miles.

The chalk cliffs are situated on the coast of Kent . Dover Cliffs by bright color can be seen from the French Gray Point. The height of the cliffs is up to 107 meters . Although these chalk cliffs are not uncommon for the south - east of England , Dover were the most popular. The White Cliffs of Dover have long served as a symbol of sailors. The cliffs of Dover tower above the sea and their dazzling whiteness was the first sign of approaching England for many generations of sailors. Because of the proximity of France, being located at just 34 km, historically, Dover, had a great strategic importance for the protection of the kingdom of the British Island. Ascended to the top of the White cliffs to a height of about 114 m above the sea level, the Castle of Dover, which was built nearly a thousand years ago reflecting the invasion of Europe, is one of the most impressive fortresses in the world.

From central London to Dover is about 129 km, the capital of this beautiful city connecting highway. The white Cliffs look better from the sea, for there is a network of marine tourist routes. Downs over the cliff , is also a great place for walking, with their magnificent view of the sea and of the nearby coast. The chalk cliffs can be found throughout the south coast of England, for example, at Beachy Head in East Sussex. The South Downs meet the sea, but they have not given rise to so many popular songs, poetry and paintings, as the white cliffs of Dover. There is an abundance of flowers on calciphilic. These rocks were noted even in Elizabethan times, when in 1548 the "father of English botany", William Turner described them. One of the best known species is with bright yellow flowers and large fleshy leaves. The beauty of these plants can be admired even today. Sapphire, yellow and several species of wild orchid were found only on chalk soils, pleasing the travelers’ eyes passing along the many trails that ran over the cliffs around Dover. The Sami rocks, mainly composed of chalk formed during the Late Cretaceous period, when millions of tiny creatures in shells which were rich in calcium carbonate, died and sank to the seabed. Layer by layer, gradually the shells lay on each other and the process of sedimentation took place. The resulting chalk soft form of limestone, was quickly destroyed by the sea and the wind.

The geological processes that caused the destruction of the limestone of White cliffs and the formation of Dover, developed in a typical scheme. First vulnerabilities in the rocks were weakened under the influence of salt water that seeped into cracks and crevices and eroded the softer rocks. Caught in the gap, the water also expanded and contracted under the influence of temperature fluctuations, causing further cracking rocks. Plants also had additional destructive effects, deeply penetrating roots of weakened rock. The second stage of formation is associated with breaking waves: they hit the base of the rock, sending water into cracks and depressions with such force that the rock is literally broken. Rolling back the water also does not pass without leaving a trace. The same wave length sometimes brings with them pebbles and larger stones, and they scratch the rock, slowly but inexorably undermining it, and sometimes forming recesses and caves in the bottom of the cliff.

Overhanging the top of the falls with time, having lost the support washed out from under her rock forms a steep cliff. This process is repeated indefinitely, forcing the bank gradually receding under the pressure of the sea. Erosion also causes the appearance on the site of the destroyed land sea protrusions such entities as the rock-outcrops. It is because of these rocks that Romans called England Albio; “albus” - meaning "white."Geological forces that formed the famous Cliffs of Dover, operated at the same time and on the other side of the Channel, in France, under the Egret, just to the north of Dover. They rise 70 meters above the sea level, a fine example of sea cliffs .

Write your Review on White Cliffs of Dover and become the best user of Bestourism.com

Maps of White Cliffs of Dover 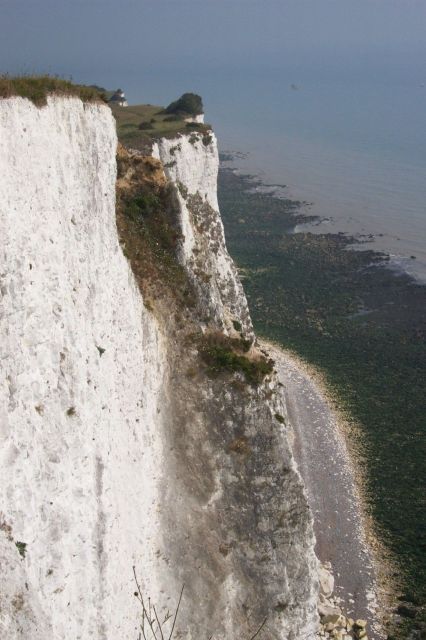 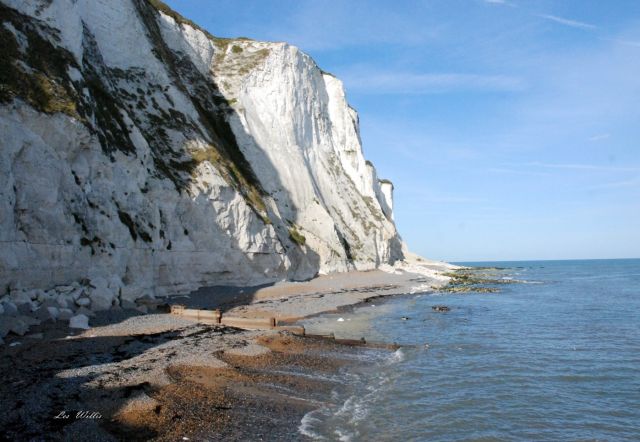 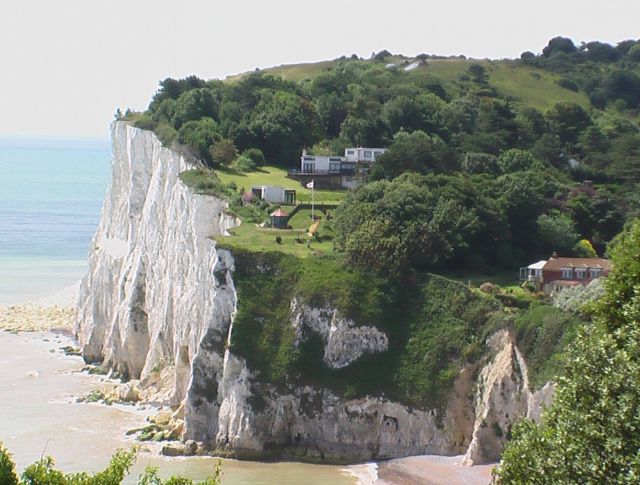 White Cliffs of Dover - The Key to England