World Tourism / The Longest Bridges of the World / The Foresthill Bridge


America is famous for its record-breaking structures. Thus, The Foresthill Bridge is ideally situated on a broad ridge between two estuaries of American River: the North and the Middle. This river has an important place in the U.S. history. In 1848, some gold was found near the Sutter’s sawmill, located off the coast of American River. That was the beginning of the well-known Californian gold rush. The Foresthill Bridge is an unusual bridge; it is called the highest bridge in the U.S.A., California. It is also sometimes called the Auburn-Foresthill Bridge or The Bridge Auburn.

The Foresthill Bridge is one of the largest bridges in the world .It is rather old, it was built in 1971 and opened in 1973 for the public use on The Labor ‘s Day. The bridge was constructed to replace the original road from Auburn to Foresthill. The construction of the bridge cost less than  13 million dollars . This bridge is not only long, it is tall too. It is placed very high (222 meters) above the river. All these facts have made it famous all over the world.

In 1977 this bridge was the biggest bridge in the world. The central span is 518 feet; it rises to a height of 267 meters above a deep gorge. The design of this structure was dictated by the environment. Before the construction of the bridge in 1974, some preparatory work was carried out on the both sides of the valley. The biggest challenge was the setting for the professionals. They had to throw ropes over the gorge using a helicopter to create the arches. Then the ready arches moved on some rollers, on the ropes to the installation, they were lowered to the desired height, and then were sealed with rivets to the other sections.

• Previously, the sand and the salt were used for the de-icing of the roadway. However, the salt is the main enemy of the steel, and the piers of the bridge revealed dangerous signs of corrosion in a couple of years. In 1998, a group of experts repaired, cleaned and removed the rust. The cost of the work amounted 3 million dollars. Authorities got a big lesson from this experience, and now they use a special solution that contains no salt for the de-icing of the road.

• The pedestrians can walk along the bridge in both directions

• There is an anti-graffiti project that protects the bridge.

• It was necessary to travel 40 minutes by car on a very steep mountain serpentine to get to the other side of the gorge before the appearance of this bridge.

• The bridge is loved by the jumpers-extremists, since it is very easy to jump down. Different tourists from different countries adore it. After all, the view from the bridge is amazing!

If you want to be closer to Hollywood, come to visit it. You will be impressed by its fascinating panorama. The beauty will capture your attention and you will always come back in some tragic or difficult periods of your life.

Write your Review on The Foresthill Bridge and become the best user of Bestourism.com

Maps of The Foresthill Bridge 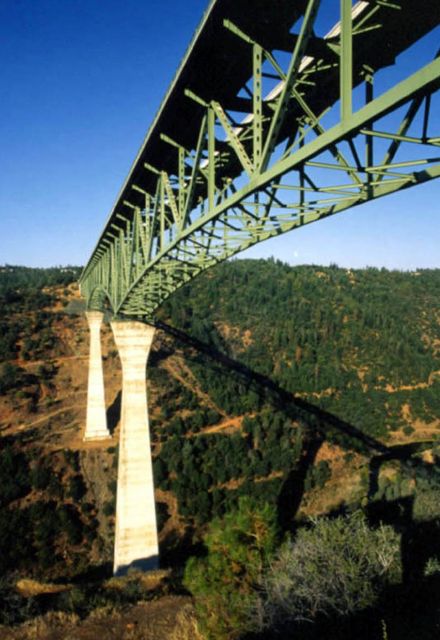 The Foresthill Bridge - A Marvelous Bridge 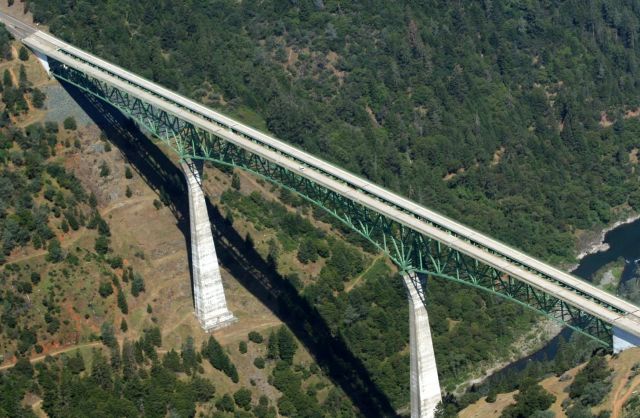 The Foresthill Bridge - A Bridge Full of Life 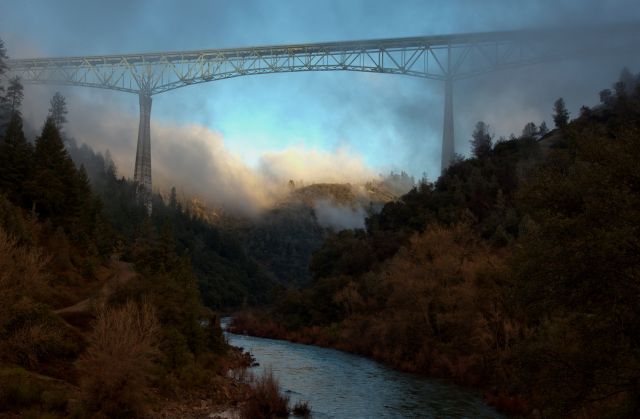 The Foresthill Bridge - In the Middle of the Nature

The Foresthill Bridge - An Astonishing Bridge