World Tourism / The Longest Bridges of the World / The Penang Bridge


Today Asia opens new horizons, new possibilities and new cultures. On its territory there is a Pearl. This is the Pearl of Asia -Penang Island that is situated to the north-west of the Malay Peninsula. This is a Paradise. Go and admire God’s creations.

Despite the relatively modest size (about 300 sq km), the charming and cheerful Penang has become one of the most visited resorts in Malaysia. Here the man’s deeds cannot be compared to the incredible masterpieces created by nature - exotic scenery, majestic mountains of Penang Hill, the white sand beaches and the boundless expanse of forests and oceans. Within this beauty that is worth seeing, a bridge is placed. The island is connected to the mainland by it. The length of the grand bridge is 13.5 km, and it is the third bridge in the world according to its length. The reason of its building should be looked for in the history of the island. Up until 1786 the island of Penang was uninhabited and belonged to the Sultan of Kedah at that time the British colonists decided to find new trading routes. The island has a good geographical position, being located at the intersection of trade routes from Asia to England, and it became the first conquest of the British in Malaysia. In 1786 the island's capital was founded, Georgetown, named after the Emperor of England. Some numerous ethnic groups living on the island have left here a unique historical heritage. It is a modern touristic resort that offers all the possibilities to those that have come. This is an unforgettable spot, but still the most amazing place is the Penang Bridge. This is the symbol of this Paradise. If you adore making wonderful pictures, you should leave everything and hasten to Penang. You should take a taxi and come to the bridge that offers amazing views of Georgetown and the port. Do not hurry to leave the place because the sunset allows to penetrate into the Kingdom of Complete satisfaction and Happiness .Just keep in mind that the stopping of vehicles on the bridge is forbidden, so it's better to come back here by a bicycle or a motorcycle.

When the bridge was originally constructed, the central span had six lanes, while the rest of the bridge had four lanes. Lately the entire bridge has been widened to six lanes. When we speak about the bridge specifications then the height of bridge above water is 33 m; the speed limit is 80 km/h. The Bridge has become very attractive because of its design. A walk along the bridge on foot makes you relish from the silence of this romantic place and believe that you are on the same level with God: between the sky and the earth.

Write your Review on The Penang Bridge and become the best user of Bestourism.com

Maps of The Penang Bridge 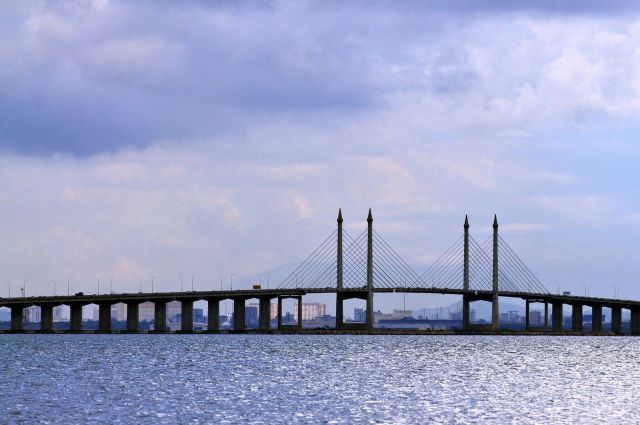 The Penang Bridge - The Unforgettable 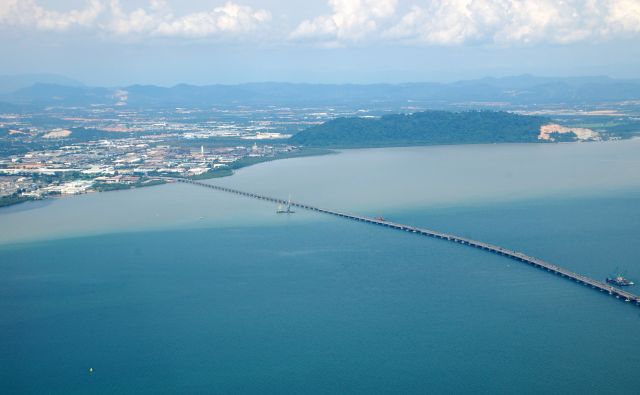 The Penang Bridge - One of the Longest Bridges 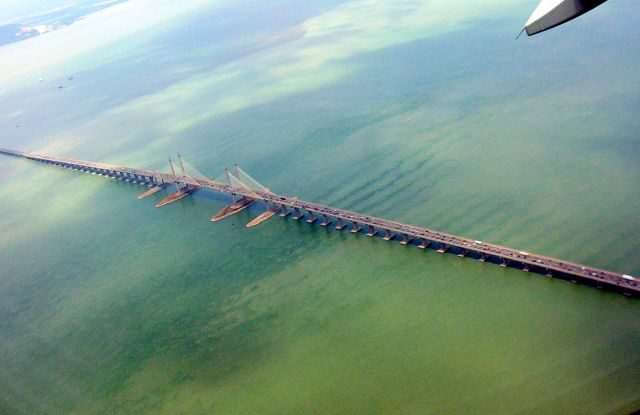 The Penang Bridge - The Bridge from the Top 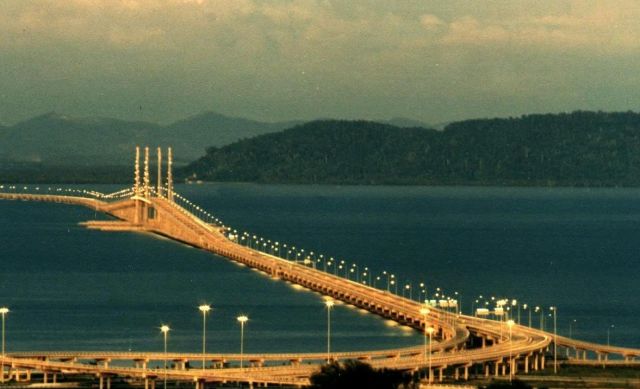 The Penang Bridge - The Bridge at Night 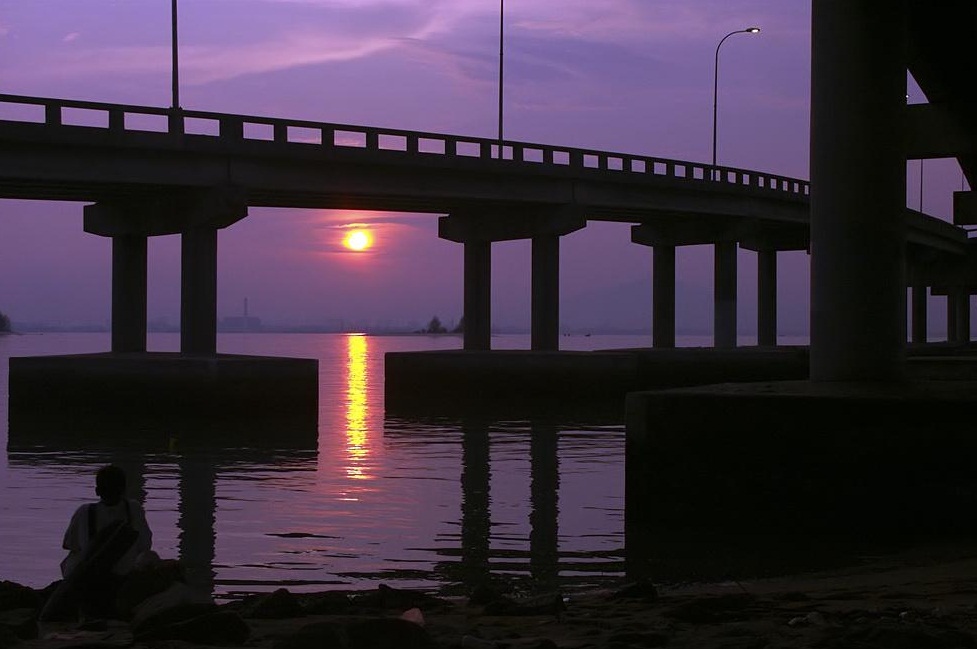 The Penang Bridge - The Bridge and the Sunrise