There is an Arabian saying” If you have not built a bridge, why have you lived all these years?” the people from Asia really believe that the monuments and the buildings can save the world. Each bridge has its own game with a man. Firstly, the bridge appears in the distance, towering over the urban buildings. Then the sun sparkles in the water of the river, and you stay in complete bewilderment, shocked by the surrounding beauty. And then suddenly you notice that you are thinking about something and not always about the surrounding beauty. Thoughts may be different, but here on the bridges they are always deep. Bridges make people think. If you want to get an unforgettable memory of the sense of ease and comfort, you should leave for Lisbon, Portugal. This bridge is seen as a snow-white caravel, ready to embark on a long voyage to unknown worlds. Perhaps its name implies it. It is a magic when the bridge brings joy ... This Bridge brings joy both to the eye and to the soul.

The project was divided into four parts, as the four sections of the bridge were built by different companies. That was a big project as 3300 workers were involved into the construction of the building. The implementation of the project  took 18 months of training and 18 months of construction. The life of the bridge estimates 120 years, being designed to withstand wind speeds of 250 km / h (155 miles per hour) and can withstand an earthquake of 4.5 times stronger than the historic Lisbon earthquake in 1755 (estimated at 8.7 magnitude on the Richter scale). The deepest foundation stones of the bridge are up to 2.2 meters (7.2 feet) in diameter, and have been lowered to a depth of 95 meters (312 feet). The curvature of the Earth has been taken into account because of the length of the bridge.

This bridge was opened in 1998 to honor the 500-th anniversary of the discovery of the sea route from Europe to India by Vasco da Gamma.

The bridge itself consists of 4 parts. Four different companies were engaged to build them. Thus each company is responsible for its part of the bridge.

The travelling fee from one bank to another is equal to 2.20 €. So ride and enjoy yourself.

Write your Review on The Vasco da Gamma Bridge and become the best user of Bestourism.com 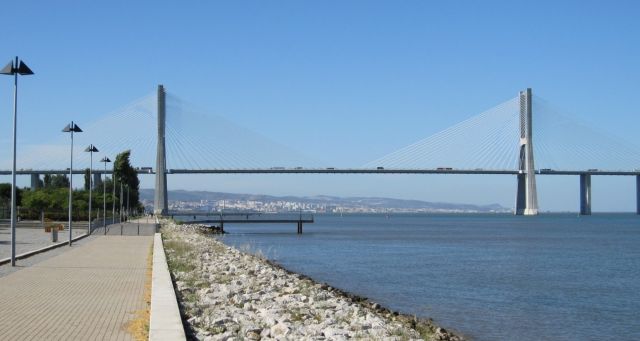 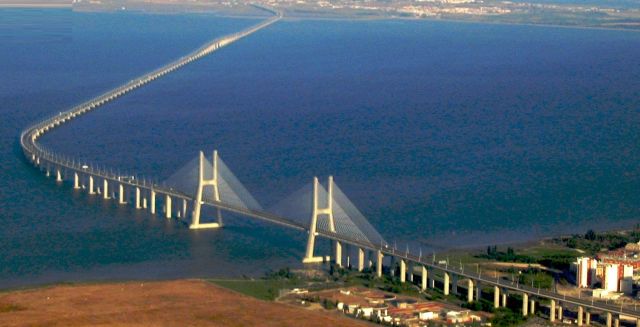 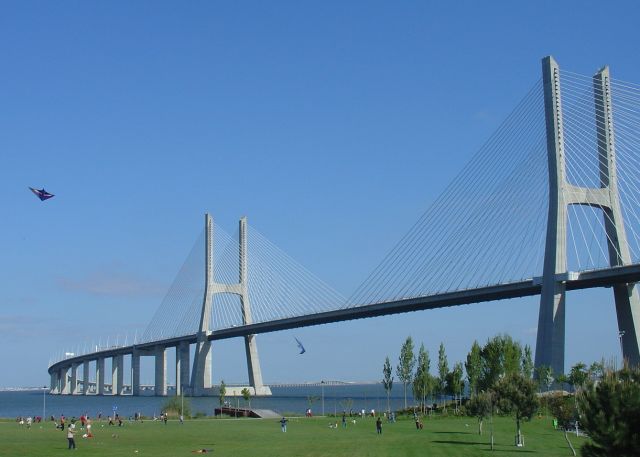 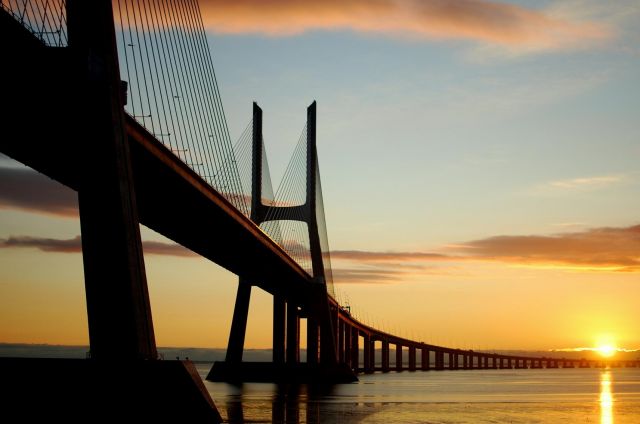 The Vasco da Gamma Bridge - A Beauty at Night 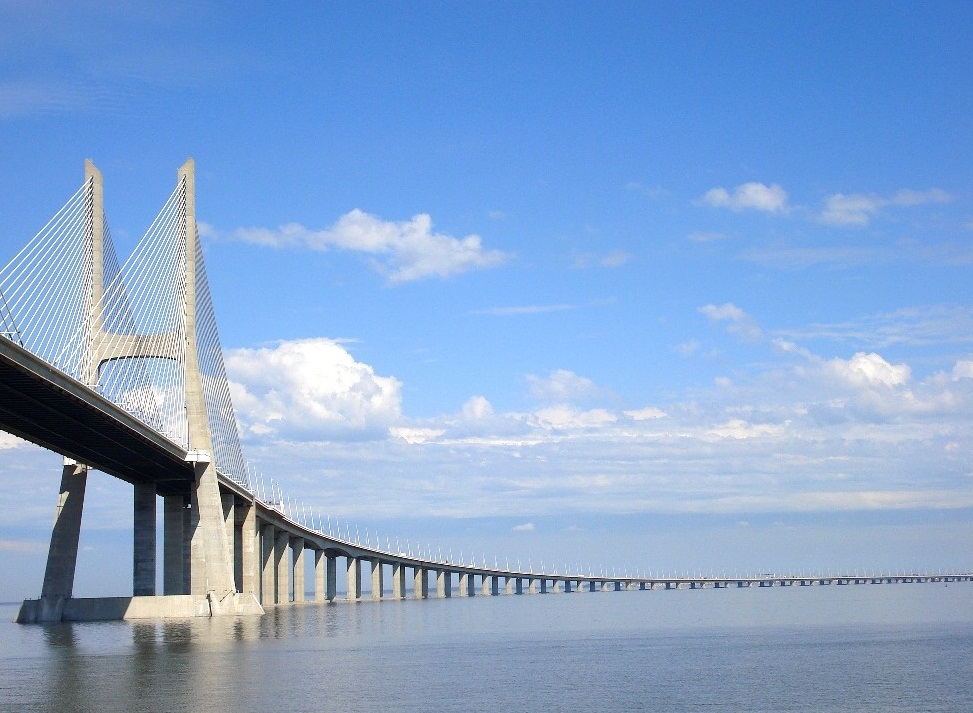