World Tourism / The Best Airports in the World / Copenhagen Airport

The airport is gracefully located in Kastrup, outside Copenhagen and that is why it is very often called Kastrup Airport. The airport in Copenhagen makes the connection between 127 fabulous destinations all over the world, operating important flights.  The airport consists of three operating terminals. Terminal 2 and 3 are connected with a short walk between. Terminal 1 is devoted only to domestic flights and appears separated from those two terminals. Schengen and non-Schengen flights are serviced delicately by the terminal 2 and 3. Terminals 2 and 3 are the arrival sections and passenger concourse. Customs and baggage claim are designed in Terminal 3. Terminal 4 was officially inaugurated in 2010. Terminal 4, known also as CPH Swift, supposed to house the low-cost carrier airlines that fly into and out of Copenhagen Airport. Some examples of carriers are Ryannair, Wizz Air and EasyJet.
There are directed several domestic and international destinations connected to Copenhagen Airport. The airport appears as one of three major hubs for Scandinavian Airlines System, and the ideal hub for Cimber Air, Norwegian Air Shuttle and Transavia. Few of the larger international passenger airlines that are met at the Denmark’s Copenhagen Airport include Air France, British Airways, Delta Air Lines, Finnair and Lufthansa.
Copenhagen Airport comprises a veritable railway station and well decorated bus the station that make the connection between the airport and other major areas of Copenhagen, for example the historic and well preserved downtown zone. Also perfectly designed at the airport is the splendid Hilton Airport Hotel, which represents a five-star luxury facility. The company of the Copenhagen Airports controls the not so large airport in Roskilde as well.
Copenhagen Airport serves a great number of passengers every day and it is opened 24 hours, including about 1900 professional employees that offer to you qualified services and treat with hospitability. Copenhagen Airport has also amazing lounges, wireless internet points, duty-free shops, boutiques, beauty parlors, restaurants, bars and much more, just to keep its guests busy and satisfied. The access from the Copenhagen Airport is made by taxi or bus that can be taken in front of the entrance and from the railway station under the Terminal 3 where the Copenhagen Metro connects the passengers easily to the most important  Danish cities. Moreover, the Öresund Railway takes the travelers straight to and from Sweden.

Great facilities at the Copenhagen Airport

Several airlines companies offered the possibility for passengers to check in by using the self service kiosks at the airport, or even checking in through mobile phone, disposable at the airline's website, then  printing out the boarding pass. The amazing possibility to check in before the travelers arrive to the airport is now available also to those who pass the Central Station in Copenhagen. The passengers who have on them flight luggage  they should leave it at the baggage drops positioned nearby the check-in counters in Terminal 2 and 3. Almost 60% of passengers at Kastrup take advantage and use those self-service methods of checking-in, being more accessible and more rapidly, without stress. If you have arrived in the airport it can be a little bit confusing to you when walking between remarkable shops and chic restaurants, trying to find the exit signs, which are very difficult to find. The shopping area is very nice, decorated beautifully, featuring the best outlets, that sometimes includes even great discounts. This is a lovely area, where to find extraordinary items as gifts, just to relax while waiting for the departure.
Denmark is included in the Schengen territory and agreement giving the possibility for people to travel through all Europe not being necessary to show passport every time they cross a border. This is  the reason why the airport is divided into a Schengen area and a non-Schengen area carefully separated by a Schengen passport control. If you go with a flight to a non-Schengen country just remember to allow some extra time after the security check because there can be long row of travelers at the passport control and later you have to enter the non-Schengen area.
From the Copenhagen Airport are operated direct flights to different important airports of Northern Europe, such as Stockholm, Oslo, Saint Petersburg, London and Hamburg. In case you are going to a different Danish airports like Århus or Billund you have to go directly to the Terminal 1. There is designed a free transit bus between the terminals. Over  21.5 million passengers took advantage of the facilities  of the Copenhagen Airport in 2008, being one of Europe's 20 busiest airports.
Several times the airports have been awarded and considered to be one of the best airports in Europe. One incredible reason is the shopping area designed in the transit halls featuring 48 special shops and many gorgeous restaurants, micro breweries and other breathtaking eating places. This is a very pleasant and welcoming place where the flight passengers can chose to walk on wooden floors in a majestic ambiance, relaxing and admiring the scenic beauty of the imposing structure. The disadvantage of the fantastic shopping area is that the passengers can get to visit it also after landing in Copenhagen. There is a large variety of shopping outlets created at Copenhagen Airport, highlighting the beauty of the place. There is included a great selection of travel items, gifts and presents, such as clothing and electronics goods as well as duty free items like alcohol and tobacco. In the Arrivals Halls are made also a number of shops, offering the opportunity admire the duty free shopping area with many of the same offers located in the Transit Hall.
There are available many coffee shops, snack bars and casual dining options founded along the three terminals of the airport. There can be seen three restaurants: a steak restaurant that rises up in the Transit Hall; a seafood bar where you can serve lobster, oysters and champagne; and an Italian restaurant. There are also included fast foods like McDonalds and Burger King. Danske Bank provides with qualified variety of banking services. The bank features two branches - one of them located in Terminal 2 and the other one in the Transit Hall. Nordea gives the possibility to use the counter exchange services, and the ATM machines are available as well. The airport includes  five executive lounges which offer business class service. The Hilton Meetings are featured on the fourth floor of Terminal 3 and it is designed with great amenities including a boardroom, a conference room and nine separate meeting rooms. The Copenhagen Airport is recognized as one of the best and most spectacular airports in the world, featuring the most qualified services and the most modern facilities to make the passenger’s trip more comfortable and pleasant.
Sponsored Links

Write your Review on Copenhagen Airport and become the best user of Bestourism.com 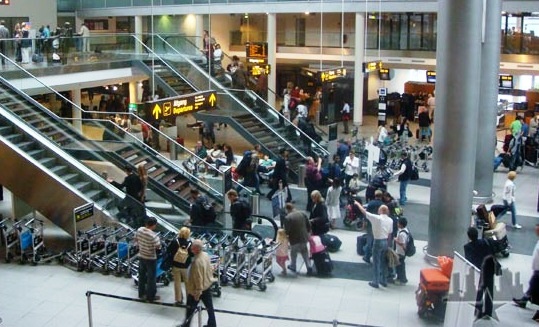 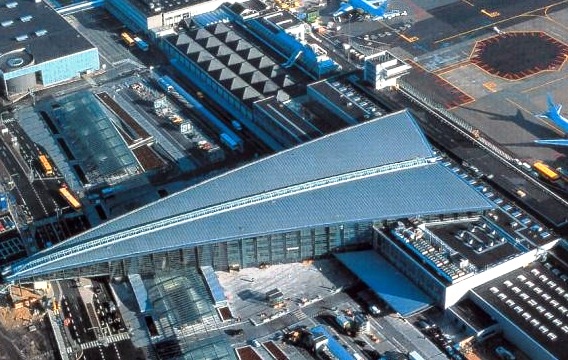 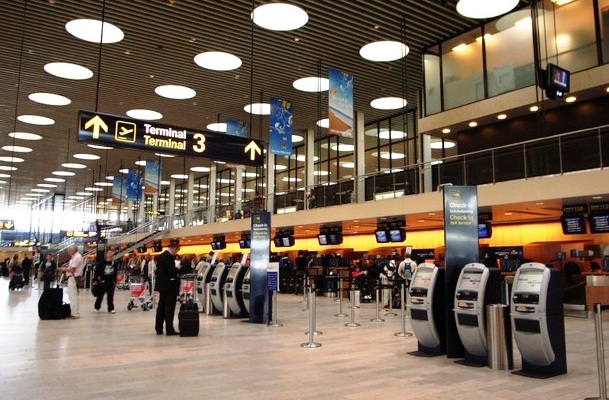 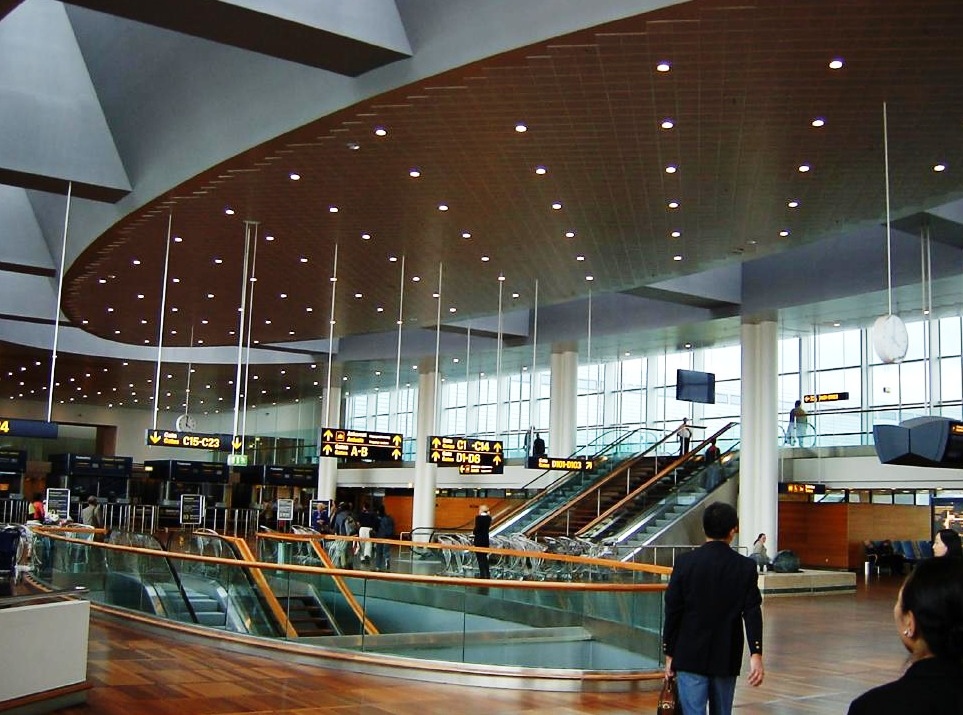 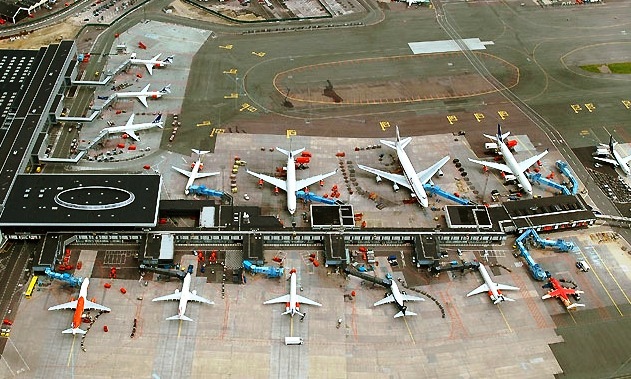