The veritable gateway that takes people to the capital of China and a major aviation hub in the country, Beijing Capital International Airport serves around 50 million passengers annually, recognized as one of the busiest airports in Asia and the world's number nine. With a foundation of a new terminal for the 2008 Olympic Games, the Beijing Airport is well gifted and positioned to keep acting  as one of the largest and most prestigious airports of the marvelous region.

Beijing Capital International Airport terminal  rises up at about 27 km from Beijing city centre and it is located very close to the suburbs of Kailiying, Shunihsien and Shunyi. Air China  represents  the  most significant airline of the airport  and it is based in Terminal 2, operating over  130 domestic flights and around 40 international individual destinations. The devoted Airport expressway runs south-west from the airport going straight to downtown Beijing, this way offering  a quick access to the city, through the express bus, hotel shuttles or taxis. There works a car rental booth at Beijing Airport that offer car hire with the world's most famous agencies. Actually you are not permitted  to rent a car if you do not possess a Chinese driving license issued in China, and therefore most car rental routes feature  a personal driver. Beijing Airport is  busy all the time, and those concerned about possible delays and baggage problems can relax and  invest in their trip travel insurance perfect  for their departure.

History of the Beijing Airport

Raised beautifully  at the beginning of 1958, Beijing Airport immediately became the very first airport of its kind in the whole country. The initial terminal building still exists and nowadays is used for important charter flights, although in 1980, a more modern, much bigger terminal building was constructed. It doesn’t took too long until Beijing's Capital Airport was faced to keep up with higher passenger levels until the 1990s, there where needed ulterior expansions, for example the construction of a second terminal. In the last period the first Terminal has been completely renovated and a third runway was added, including also a railway connection with the very heart of Beijing. Non-stop flights are now related to Beijing Airport, including splendid locations such as New York and Washington, offering the clear view that there more  upgrades and renovations  are permanently being planned and implemented.
Beijing Capital International Airport is under the administrative control of the Civil Aviation Administration of China that was officially inaugurated  on March 2, 1958. Thanks to the successful development of civil aviation business and the increasing volume of passenger and cargo transportation, this massive airport was carefully enlarged. The Passenger Terminal 1, that comprises a territory of 60,00o square meters,  includes auxiliary facilities, such as parking apron and car parks, being functional officially from January the 1st, 1980. Terminal 1 was created to operate about 60 flights every day and over 1,500 passengers at peak hours. It was green in colour and included amazing designed docks for 10 to 12 airplanes. This terminal seems to be larger than the original 1950s one, but by the middle of the 1990s it became  too small and later was  closed for incredible renovation after the opening of Terminal 2.
Featuring a constantly growth of quantity of international airlines to Beijing and the great density of international flights, this beautiful Terminal was enlarged one more time, starting from October 1995 to November 1999. The Terminal 2 has an area of 336,000 square meters and it is tastefully designed with state-of-the-art facilities, officially started its operation on November the 1st 1999. Terminal 2 can deal with 26,500,000 passengers annually and 9,210 passengers in the busiest hours. Thanks to its advantageous geographic location and its delicate service facilities at Beijing Capital International Airport, over 66 domestic and foreign airline companies are involved in the operational business, with 11 domestic companies and 55 foreign companies. Over 5,000 scheduled flights are disposable to 88 cities in China and 69 foreign cities.
When marking the 50th anniversary of the founding of the PRC, in the late 1999, the grand airport suffered a more expansion. On September 20th, 2004, the openings of the new Terminal 1 for some airlines, such as China Southern Airlines domestic and international flights from Beijing were inaugurated. Other airlines' domestic and international flights are  currently organized  in Terminal 2.
Another incredible expansion was the terminal 3, which was finished in February 2008, for the  Beijing Olympics. This huge expansion comprises the third runway and another spectacular terminal for Beijing airport, and a rail that runs to the city centre. This airport will become one of the world’s largest airports regarding its land size, and a valuable landmark in Beijing, as a symbol  of growing and beautifully developing Chinese city. The Department of Transportation of the United States in cooperation with China's Civil Aviation Administration, have authorized many different U.S. carriers to coordinate routes between various countries. This important cooperation represents the valuable work of several bilateral civilian air agreements, with the latest one signed in 2004, that paved the way for the number of daily flights between China and the United States to increase by five-fold. The third runway of the Beijing Airport was opened on October 29, 2007 to call down the agglomeration on the other two runways. Because of the quick growth of the passenger and traffic circulation  and the very small area or expansion and after over 10,000 people have suffered because their homes were demolished for the constructions of the Terminal 3 and the new metro line, the Airport authority plans to make a new airport within Beijing, to start the project works in 2010 and to complete it in 2015.However, it will not bring some eventual effects on the Beijing Capital International Airport. Since 2000 Beijing Capital International Airport  dealt with 21.7 million passengers, being the 42nd in the world and in 2006, it handled 48.5 million passengers, jumping from 42nd place to 9th place in a very short period of 6 years.

Useful facilities at the Beijing Airport

Interesting shops are designed on all floors of Beijing Airport, while in typically Chinese manner there are included a great number of remarkable  Cantonese-style restaurants arranged on the second floor, in the major departures zone. Beijing Capital International Airport also features a very modern business centre that offers a wide range of services and equipment, while two of the airport’s hotels offer a variety of conference rooms of different dimensions, completed with fabulous catering. The airport's VIP lounges ring suplimentary business and conference services if needed.
At this superb airport the passenger can get to see a range of shopping outlets, arranged  before and after security at Beijing Airport, featuring stunning stores situated on all three levels of the imposing  structure. Level 2 is designed with separate shopping areas for Domestic Departures and International Departures. For example the Domestic Departures area includes retail outlets offering a variety of goods, as tea, souvenirs, alcohol, traditional clothing, toys, electronic goods, watches, cosmetics and pharmaceuticals. The International Departures area features  admirable duty-free shopping ,but many of the same items  are on offer in the Domestic Departures area, just at cheaper prices. There are also bargains to be experienced  on Chinese spirits, treasured jewellery and traditional crafts. Because eating is a favorite recreation  of the Chinese people, it  is not a surprise that the airport has a wide range of restaurants, cafés and bars. The majority of the eateries are arranged on the Departures level, including  the Domestic Departures zone hosting Chinese restaurants, Chinese noodle stands and a Chinese fast-food counter. The International Departures area features the same options, though Chinese fast food is replaced with the Western fast food like  McDonalds and  Japanese and Korean specialities. The guests who are waiting for arriving friends and guests can grab something rapidly to eat on the underground level.
Beijing Capital International Airport has veritable banking services, including five Chinese banks with full branches operating here. The qualified services include currency exchange, credit card services and domestic draft, check, remittance and international remittance as well. These banks are designed with ATM machines located at all three levels of the Terminal 2 building. A full service post office opens its services  from 07:00 to 20:00 and offers express delivery, posting of books, magazines, newspapers, parcels and letters and sells Magcards to be used at public telephones. The airport comprises a fully-equipped Commercial Service Centre, which includes great facilities for sending and receiving facsimile, photocopying, printing and mobile phone charging and PC and notebook workstations.
Beijing Capital International Airport has well qualified variety of disabled amenities, for example  modified telephones, toilets and elevators. Special ramps are spread across the terminal buildings and also on each level of the parking garage. The parking garage includes several parking spaces reserved for the mobility impaired, situated in the most accessible locations. Wheelchairs can be arranged through your airline, while the Beijing Airport Ground Service Corporation  offers  assistance. This airports features all the necessary facilities to make the passengers  feel comfortable and grateful   having chosen this destination.
Sponsored Links

Write your Review on Beijing Capital International Airport and become the best user of Bestourism.com 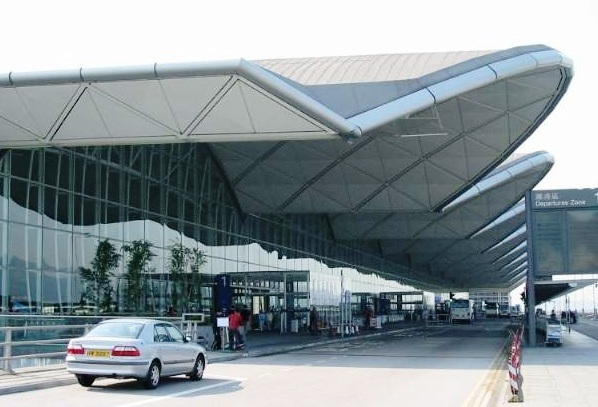 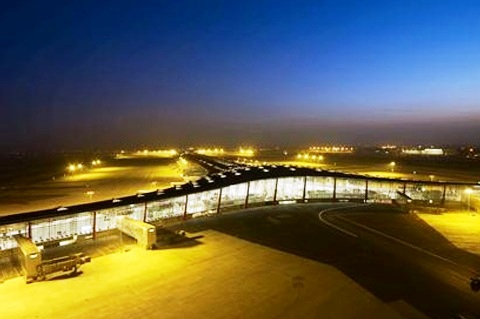 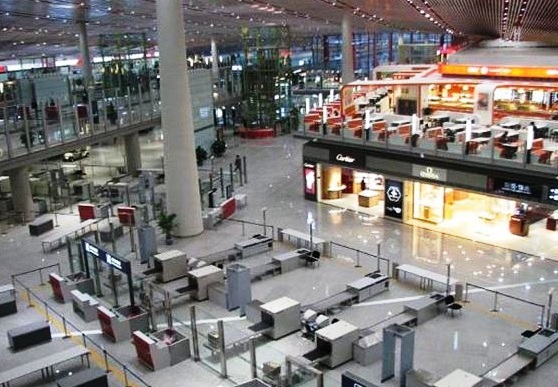 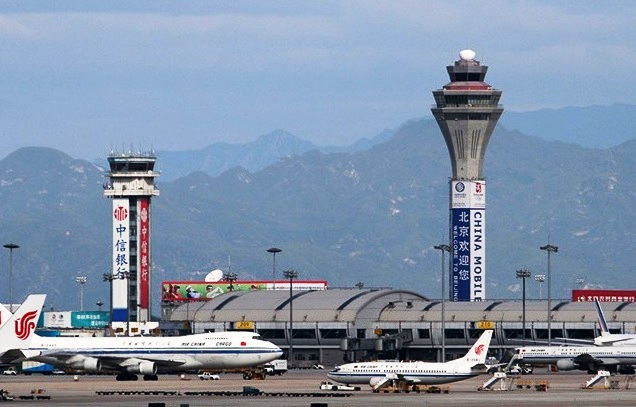 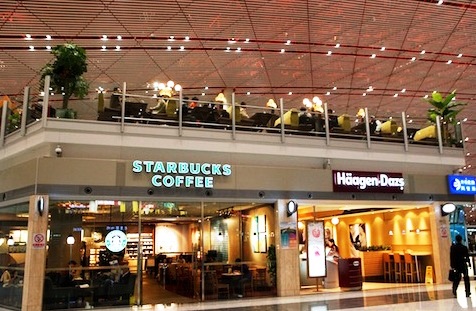 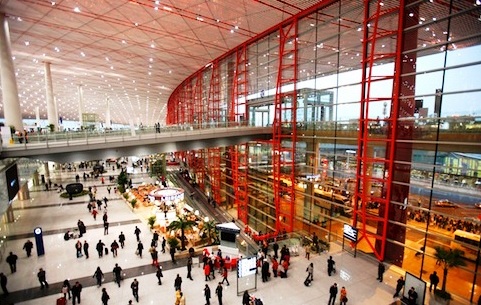