World Tourism / The Longest Bridges of the World / The Confederation Bridge


Each small thing, each monument and building carries a piece of information. They have a purpose. One of the meaningful architectural inventions is the Confederation Bridge. It is known as a long-awaited bridge in  the history of  the mankind, its construction has been waited for more than 100 years.

In 1873, Prince Edward’s Island authorities  joined to Canada and the local people were promised a permanent connection with the mainland. Unfortunately,   the promise became true 120 years later, in 1993 the construction of a bridge between the mainland and Prince Edward’s Island began. All his life, Prince Edward made a try to help people from the island, moreover the people used different means of transportation to get to the mainland. They used boats and sledges in different periods of the year. In 20 years Prince Edward established a permanent ferry service between the island and the mainland. But that was not enough.  People got used to the life they were leading, when in 1993 a general referendum question (the necessity to build a bridge) was discussed and only about 60% of the population voted "for". But it was enough to accept the building of the bridge.The  Canadian government signed an agreement with a consortium of   builders in the same 1993. The construction of a bridge between Grand Prince Edward's Island and the Canadian city of New Brarsuik began. The Confederation Bridge was built in a short time, only four years after the start. In May 31, 1997 the bridge had road links between the island and the mainland. It is worth emphasizing that this bridge is so important because it is the first built over the frozen water.

Prince Edward’s Island represents a life museum. Before the opening of the bridge this island was chosen by the tourists, but after that the flow of tourists to the island has become, one might say, just endless. More than half a million tourists come to admire the pastoral scenery of the island. The life of the first settlers of the island is exhibited in the museums, which are located in the old fishing shacks, and old lighthouses. The sandy beaches of Prince Edward’s Island are of great interest. Many tourists come to the island just to enjoy the fantastic shapes of the stones, situated on the sandy beaches, which are more than one hundred years. The cultural heritage of Prince Edward’s Island has become more accessible to the public when the bridge appeared.

The Confederation Bridge has a length of about 13 km, including driveways. The bridge is placed on 62 pillars, the 44 of them are basic. The length of the main spans of the bridge is 250 meters, the width of the bridge is 11 meters, the height of the bridge above the sea level  is 40 meters in the central part, intended for the passage of vessels, up to 60 meters at the poles. The total expenses for the implementation of the project cost approximately one billion Canadian dollars. The Confederation Bridge was opened on May 31, 1997. The bridge is 12.9 km, and it is the longest bridge in the world, built over the ice-covered water. A trip along the bridge, going into the mist, leaves an incredible impression. Speaking about the length of the Confederation Bridge, it is the most enchanting bridge among the others tunnels. It does not only open the door to the cultural treasure of the  island, but it is an example of how a resistant bridge can be built over the ice-covered water. If you have a chance to be there, you will observe that it is impossible to render that beauty .

Write your Review on The Confederation Bridge and become the best user of Bestourism.com

Maps of The Confederation Bridge 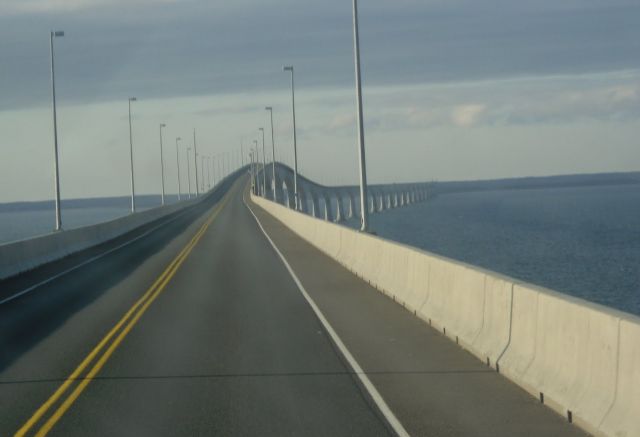 The Confederation Bridge - The Car and The Bridge 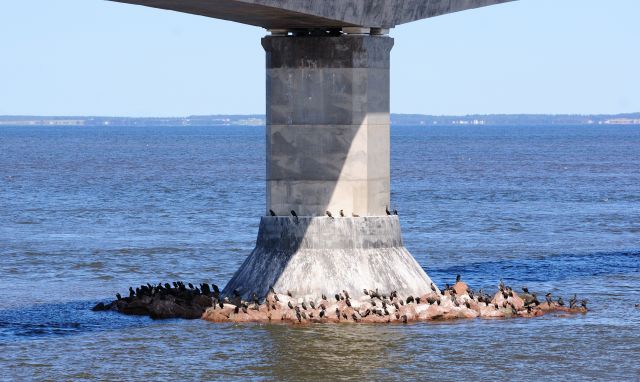 The Confederation Bridge - an Old Pillar 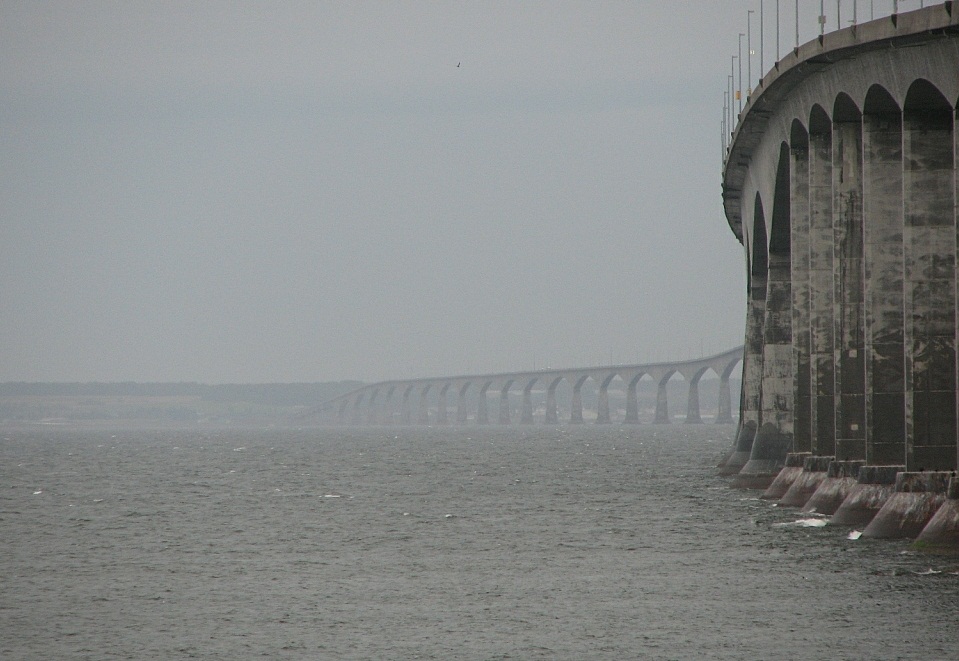 The Confederation Bridge - What a Beauty