World Tourism / The Longest Bridges of the World / The Pontchartrain Bridge


The U.S.A is known for many things. It is one of the richest, most developed, most interesting countries. It offers many possibilities and opportunities. It attracts many minds. If you are not struck by anything anymore, you should travel to Louisiana. It offers a great variety of places of interest. They have created them for many years and that is why they are so precious. Pontchartrain Bridge is that monument that you will never forget. This is one of the oldest bridges in the United States.

The bridge over Pontchartrain was built in 1956, he runs between the towns on the southern coast of  Metayri and Mandeville on the north shore and became part of the highway connecting New Orleans to northern states. Initially, the bridge consisted of one overpass, which was organized by two-way traffic. In 1965-1969 a second overpass was made, and since then the traffic on the bridge has been carried out in two rows. The bridge is supported by more than 9,500 hollow cylindrical columns (1.4 meters in diameter). The length of the largest span is 55 m.

Touching upon the topic of the fee, it is necessary to say that it depends on the traffic. As the south side of the bridge from New Orleans accumulates huge traffic jams, the fee on the south bank was abolished, and the movement from south to north was free. A special commission is responsible for the collection of the fees. It also monitors the traffic on the bridge. A special danger to motorists is fogs, winds and thunderstorms. The bridge radio constantly informs drivers of current weather conditions, the dangers and difficulties that may occur in some 40 miles. The architects thought about safety and the public telephones were installed every 3 miles.

Lake Pontchartrain is inhabited by thousands of waterfowl. Every year, thousands of tourists come to gawk at the bird life under natural conditions. Thus a special viewing platform was constructed on  the both ends of the bridge and  a 2000 m- fence was designed to eliminate collisions between cars and birds.

The project of the Year

It is necessary to emphasize that the longest bridge in the world is already functionally obsolete, but the building of a new viaduct will rise to 600 million dollars. So today the workers prefer to repair the old bridge. Examination of its structures in 1987 showed that the poles had no traces of corrosion, although a small number of them had  longitudinal cracks. The second survey in 1995 revealed a significantly greater number of defects. The repair work was carried out in 1996-1997. Most of the detected defects were below the water level, so the work was  made there by the divers. The bridge reconstruction program was completed in 1997. In October 1998 the project received the prestigious award «Project of the Year", awarded annually. Thus if you are interested in old architecture and you love the birds, if you are in love and you need a romantic atmosphere, if you want to impress somebody, leave everything and come to Louisiana. This is a spot that inveigles the interest of anybody; this is a place that you will be eager to visit once again.

Write your Review on The Pontchartrain Bridge and become the best user of Bestourism.com

Maps of The Pontchartrain Bridge 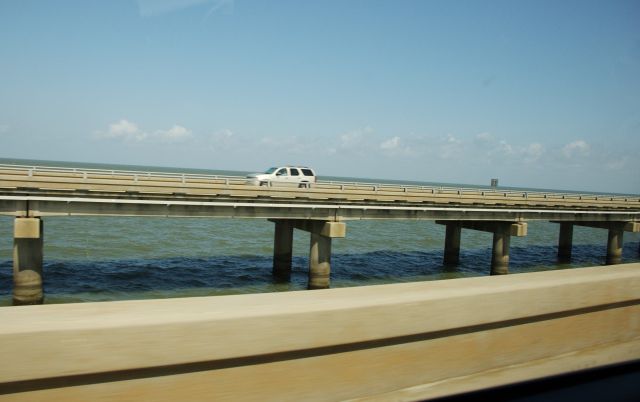 The Pontchartrain Bridge - An Old Bridge 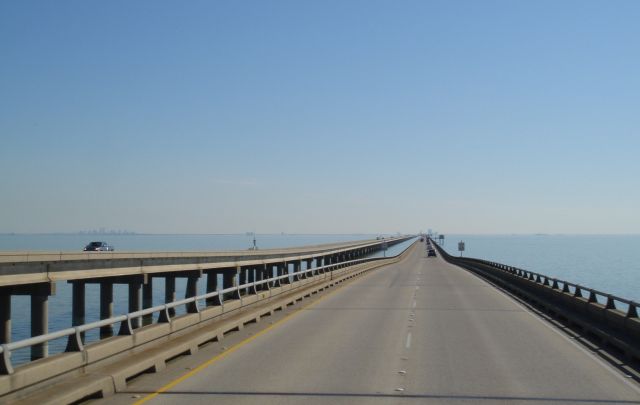 The Pontchartrain Bridge - A Close View of the Bridge 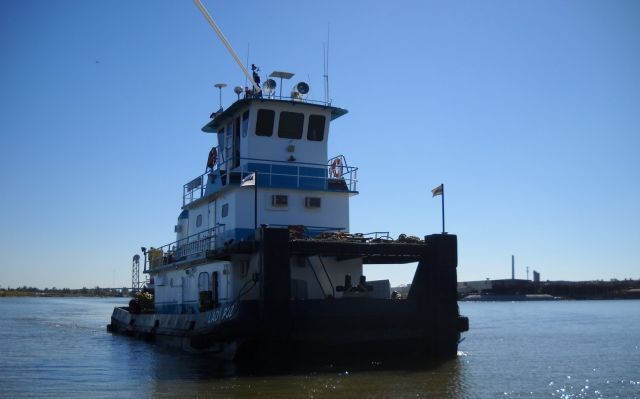 The Pontchartrain Bridge - The Old Boat and the Bridge 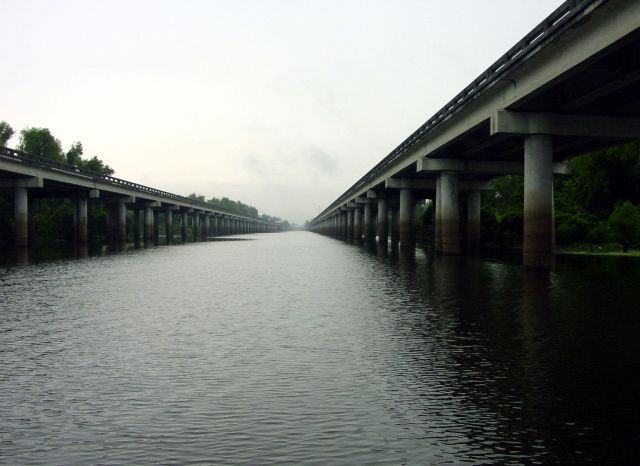 The Pontchartrain Bridge - the Old Bridge 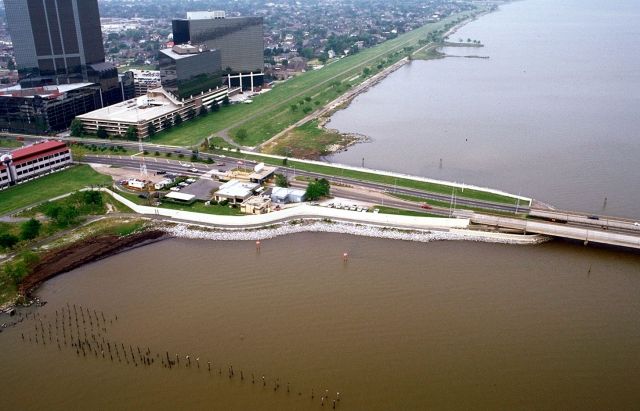 The Pontchartrain Bridge - An Unforgetable view