The people try to reach God’s deeds and that is why they want to do something. They as if organize a competition. The building of the bridges is a competition too. The first place is awarded to those that create the longest, the most beautiful, and the most fascinating bridges. They draw the attention of the architects, of the inhabitants of the place and of the tourist. At the moment Asia is the winner when speaking about the longest bridges. They have been created in China, Japan, Denmark and The United States.

Akashi Kaikyo Bridge, also known as the Pearl Bridge, has the longest central span ( 1991 m ). It is situated in Japan, and its construction was completed in 1998. The bridge connects the city of Kobe on the island of Honshu with the city on the island of Awaji Iwai, crossing the busy Akashi Strait. It is a part of the Honshu-Shikoku Highway. Akashi Kaikyo Bridge represents one of the key elements of the Honshu – Shiku project of bridges. Akashi Kaikyo Bridge has three spans. The central passage has a length of 1991 meters (6532 feet). The length of the bridge is 3911 m (12,831 ft). Initially, the length of the central span was only 1990 meters (6529 feet), but the Kobe earthquake on January 17, 1995,shifted the two towers and in such away it had to be increased to 1 m . The bridge was designed with a two-hinged stiffening –girder system that allows the structure to withstand wind speed up to 286 km / h, the earthquake activity up to 8.5 on the Richter scale, and harsh sea currents. The design of the bridge also contains pendulums that operate with a resonant frequency of the bridge to distribute the load. The height of the two main supporting towers is 298 m above the sea level, the bridge is able to expand due to heating up to 2 meters during the day time.

Akashi Kaikyo Bridge is lit by 1737 fires: 1084 - for the main cables, 116 - for the main tower, 405 - and 132 for beams - for the supports. The main cable uses three main colors: red, green and blue. The computer technologies offer different combinations of them. Currently, 28 combinations are used for events such as national or regional weekend, memorial days and holidays.

Records Set by the Bridge

Akashi-Kaikyo Bridge entered in Guinness Book of Records twice: as the longest suspension bridge, and for the highest bridge piers . If you have a chance to visit Japan, go and admire the bridge during the night time. You will be highly surprised to see what some human minds can invent. If you are energetic, full of life and eager to accumulate new emotions, do not wait, fly to Japan.

Write your Review on Akashi Kaikyo Bridge and become the best user of Bestourism.com 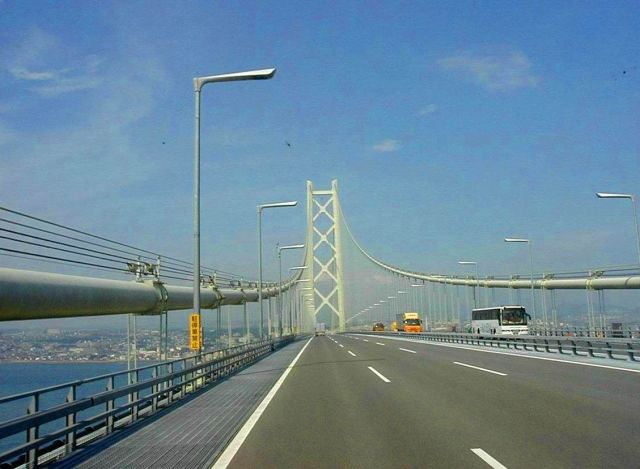 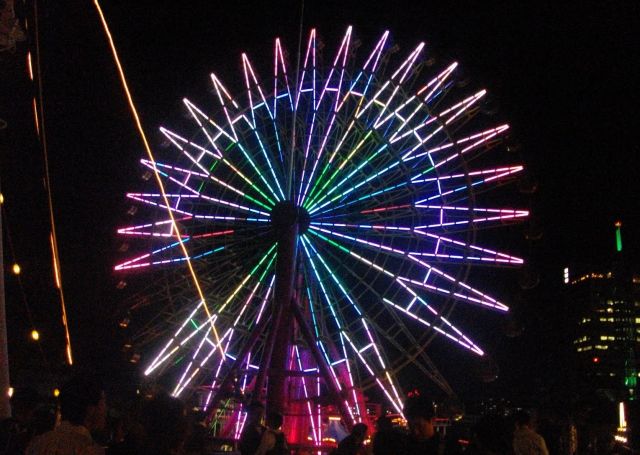 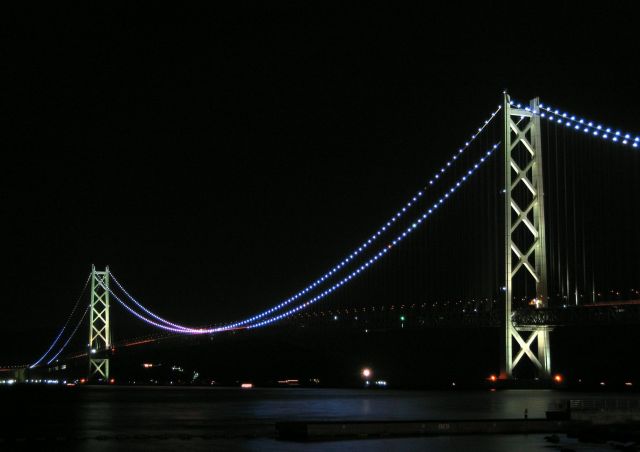 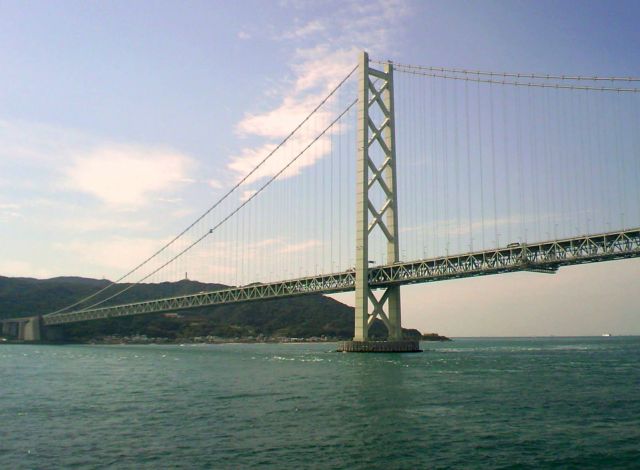 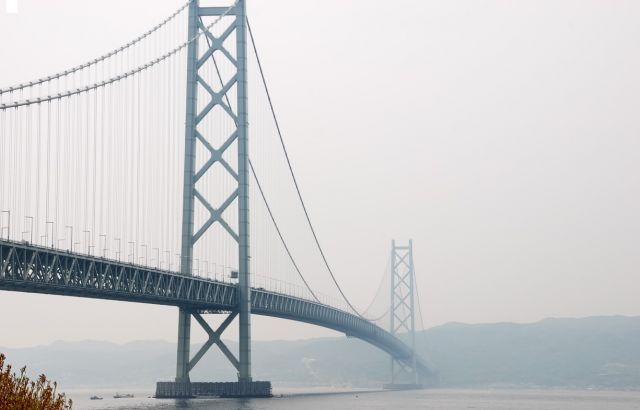 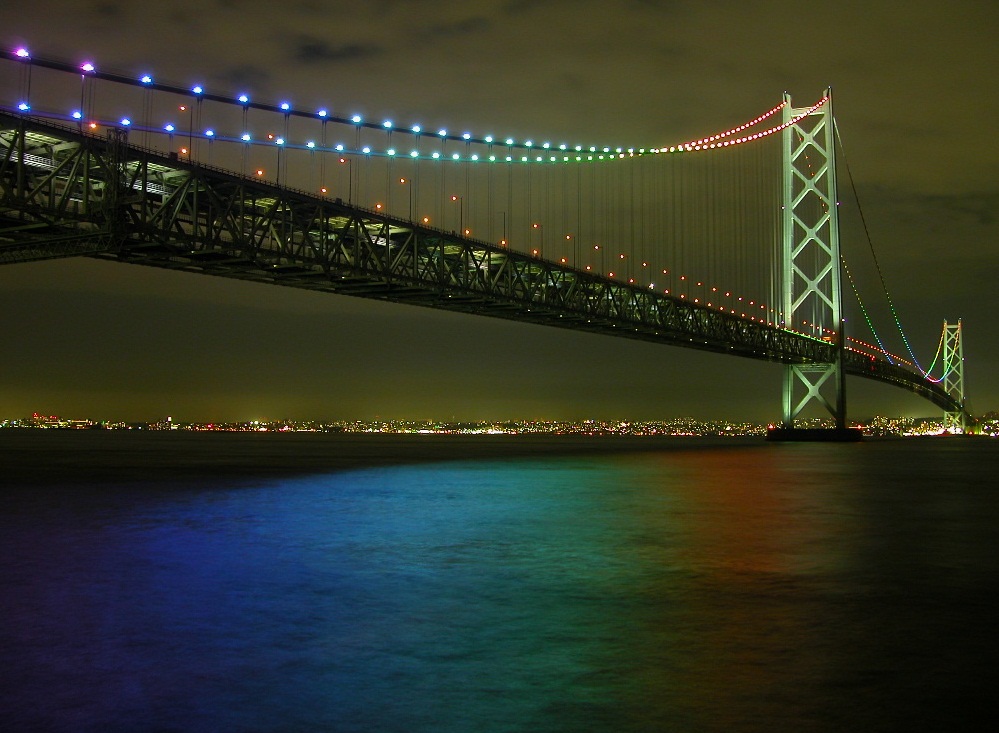 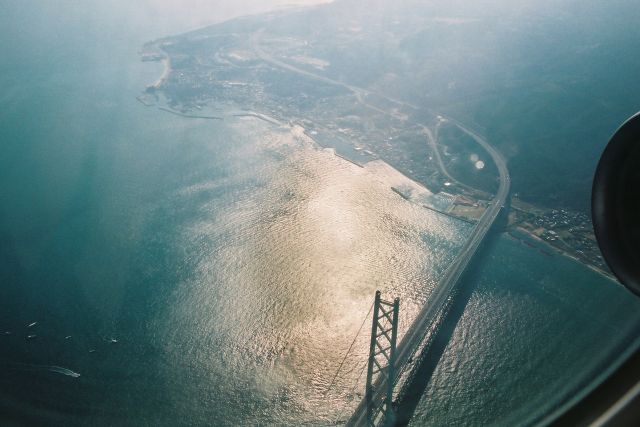