The biggest and the best airport in the Netherlands is definitely Schiphol Airport, located  only 14km outside Amsterdam. It rises up in the Haarlemmermeerpolder and thanks of this location it received the name of Schiphol. A great section of the former lake was called Schiphol, but the  meaning of the name is not completely understood. Some people believe that it was a place where many ships disappeared. Actually  more probable is that the name comes from ‘scheepschaal’, a trench where ships were towed from one lake to the other. Schiphol is considered the fourth largest airport in Europe for  total number of passengers served, after Londen Heathrow, Paris Charles de Gaulle and Frankfurt. Over 42.5 million passengers were served by the Schiphol Airport in 2004. Amsterdam Airport more often gets the award of ‘best airport in the world’. The British business newspaper, “Business Traveler”, has proudly named Schiphol the ‘the best airport in Europe for  22 times since 1980.

Amsterdam Schiphol Airport represents the international airport of the Netherlands and one of the busiest and major airports in Europe. The airport is owned by Schiphol Group  having as main shareholders the Dutch government and the municipality of Amsterdam and Rotterdam. A great majority of the airlines companies operate their flights through Schiphol in case they are a  small European city hopper airline, like  EasyJet or Transavia but there are included also big international airlines such as North West, KLM (Royal Dutch Airlines) and China Airlines. Including about 50 million travelers on annually bases Schiphol Amsterdam Airport made themselves famous for being one of the largest airports in the world.
This airport is also one of the most important European airport transit hubs that easily deal with over 40 million business and tourist passengers every year. The Dutch national airline, has its headquarters there and represents  the largest airline group in the world. More than 100 different  airlines fly into Schiphol as well, including over twenty budget airlines that provide with cheap flights from many European countries.
This fabulous  airport has won different awards regarding its high-class design and professional  passenger service. Schiphol features just one large terminal that is carefully divided into three departure halls and different decorated piers. When departing for a flight then the travelers should know  that there are two security phases, with one right before they get on the plane.

Amsterdam Airport Schiphol initially was functioning as a military base which dates back to the First World War. That makes the airport to be the oldest international airport in the world which is still on the territory where it was originally founded. The first KLM flight left Amsterdam airport in 1920. The Germans have attacked with bombs the airport in 1940, captured it and served as a military base from which to attack Britain.
The passengers visit the airport, who arrive or depart from Schiphol, they have the chance to enjoy lovely moments there, as it is offering  a wide scale of activities to their availability, for example the Holland Casino that is founded in the passengers lounge, foreign currency exchange and ATM’s, business centers  and comfortable  lounges are beautifully designed over the airport, modern international restaurants for excellent  dining. An exclusive recommended restaurant is definitely the Panorama terrace, offering  magnificent  views of the aircraft’s, gates and platforms. For an incredible spectacle, you should take the route between Arrivals hall 1, 2 and 3 and then take a short walk to the  duty free shopping in any store after passing through the passport control. Nowadays  Schiphol  made all possible so that you can organize your wedding at the airport.

Interesting facts about the Schiphol Airport

Because the Schiphol Airport is very close to the city centre, there are many ways to reach the Amsterdam rapidly from the airport. After passing through the baggage reclaim area, the next destination is Schiphol Plaza, and then you can follow the sign posts to get to the trains, taxis, shuttle buses or even car rental. The train is the cheapest transportation and probably the most accessible. They travel 24 hour per day  and take about 15 minutes. The  taxi station  is situated  in the rank outside Schiphol Plaza. Some splendid hotels offer their personal free airport shuttle bus, but there is designed  the Conexxion Hotel shuttle bus that offers veritable services for 100 city hotels. The bus runs between 6.00a.m. and 21.00 p.m. There are also included many airport hotels set at and around the Schiphol Airport, with two transit hotels in the terminal building itself. These remarkable airport hotels are perfectly positioned in case you have an early flight to catch, or need conference facilities for important business meetings. Transit passengers who have plenty of time between flights will find them useful too, just perfect for a pleasant stay.
The extraordinary transport infrastructure means that Schiphol Airport is really easy accessible not only from Amsterdam but also from the whole country. Once again the train seems to be the most convenient, but taxi drivers every time ask which airline you are flying with just to make sure they leave you  at the correct departure gate, the shuttle buses run very often, and the rental car’s final stations are nearby the Airport terminal. Security services at Schiphol Airport are very severe so you should pay attention and allow the time for those too.
The trains depart from platforms are founded underneath the Schiphol Plaza and can be easily reached taking the escalators or lifts. There are long and short term parking facilities at Schiphol Airport as well. If you are dropping off departing passengers you may take advantage of the free drop off zone in front of the terminal. If you take a holiday break, the cheap open-air long-stay car parks offers a shuttle bus service that runs to the departure halls, free of charge. The short-stay car parking located nearby the terminal building is the most expensive one. The fees for parking services can be paid in cash, by credit card or other payment cards accepted there. Schiphol Airport’s duty free shopping services are known as the best in the world. Once getting to the departure lounges, be sure that you will have plenty of time to enjoy spectacular moments looking for not only perfumes, liquor and tobacco but souvenirs, cosmetics, fashion, jewellery, books and after the latest  technological gadgets. Prices are very reasonable, and accessible for everybody, featuring sometimes  special offers and discounts.

Interesting facilities at the Amsterdam Airport

The Schiphol Airport comprises three terminals, all designed in only one passenger terminal building, being very convenient for passengers to navigate and to walk around. Very useful signposting in text and symbols guides travelers from the moment they arrived at the terminal, and the professional and sociable staff are always extremely courteous and warm. There are included varied special facilities for travelers with disabilities, and transportation can be requested to help them to reach the whole distances to the departure gate. Air travel assume a lot of waiting, but there are designed many activities just to keep you busy. For example shopping, or choose from restaurants serving everything starting with burgers to sushi.
Schiphol is not simply an international airport but it can be choosed for sure as a tourist attraction all by itself. If you find yourself there to wait for an arriving passenger then take the time to explore the Schiphol Plaza, and discover its fantastic beauty. This adorable commercial centre is open seven days a week and offers one of the best shopping experience, including also  plenty of food and beverage outlets. There is also founded an imposing open-air observation deck, located on  top of the passenger terminal building with breathtaking panoramas of this busy and marvelous airport. The travelers can even visit the National Aviation Museum, Aviodome signposted on the approach to the airport. In a strong cooperation with the Rijksmuseum there is an art gallery displaying the masterpieces at the airport, offering spectacular pieces of art, and you can spend unforgettable moments exploring the beauty of the gallery. The atmosphere is really majestic, covered by a timelessness spirit, full of mystery that keeps hidden all its important secrets. Everything appears so perfect and well organized, just to suit all the tastes and needs of the passengers. The airport’s veritable design is absolutely gorgeous and makes it’s an amazing site, including the most modern and important facilities, to make the services more efficient.
Sponsored Links

Write your Review on Schiphol Airport in Amsterdam and become the best user of Bestourism.com

Maps of Schiphol Airport in Amsterdam 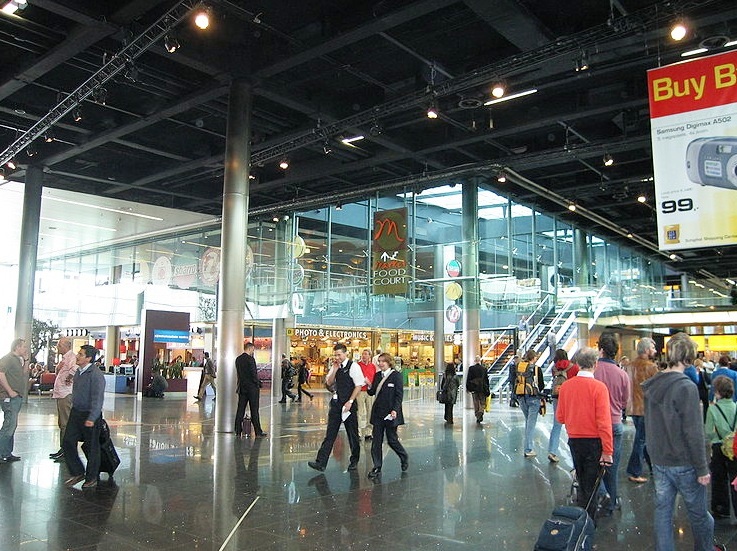 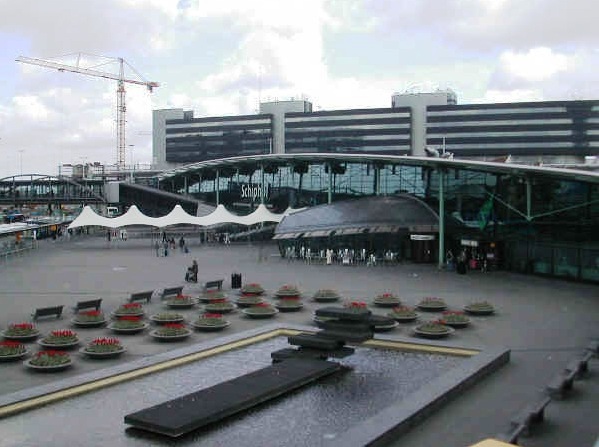 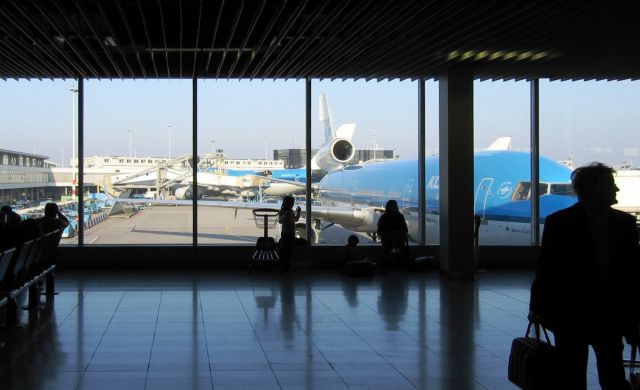 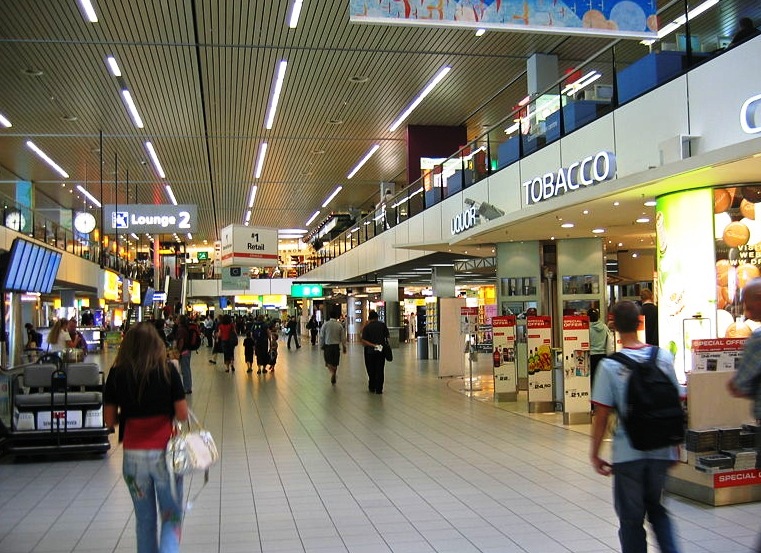 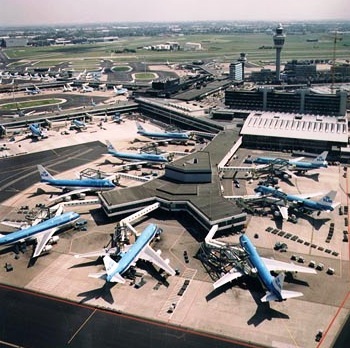