The imposing airport is located in Chek Lap Kok on the Lantau Island, around 40 kilometers to the city center, and became functional in September 1998, considered as one of the busiest and the best airports in the world. It covers a beautiful area of about 1,225 square kilometers and it is perfectly designed  with two neighboring passenger terminals, that comprise around 710,000 square meters, including two 3,800-meter-long runways and 102 gates, serving 60 airlines to over 140 cities, including 40 inland Chinese cities. It is the fifth busiest airport in passenger transports in the whole world and the top in international cargos.
This amazing airport is controlled by the Airport Authority Hong Kong. Its authority is completely owned by the Hong Kong SAR government. The operational services are outsourced to private firms. The Hong Kong Airport Services Limited company takes care of maintaining the perfect functioning of cargo and sophisticated ramps. Private companies like the Menzies Aviation Group and Jardine Air Terminal Services Limited  are assuming their responsibility for important aerobridge operations, transportation of passenger cargo and  for the operation of automated passenger stairways.
The International Airport of Hong Kong includes two spectacular terminals: Terminal 1 and Terminal 2. The first terminal was operational from July 6, 1998. The second terminal is more recent and began to operate with passengers from February 28, 2007. Chek Lap Kok Airport contains  two parallel runways. Both of them accommodate to international requirements and are appropriate for the next generation of passenger aircraft. Hong Kong International Airport is the central point for many important airline companies. The Cathay Pacific Airways Limited company operates different passenger flight services from this airport to other countries in Asia and Europe. The airline company also has regular flights directed to the Middle East.
The facilities for the airport’s guests  are some  of the best in the world, lauded for excellence and quality. The air terminal is designed with moving walkways for  a better arriving and departing of the passengers. The Airport includes also an automated train that takes the passenger from one part of the terminal to another. The Hong Kong Business Aviation Center serves the High Network Individual business customers and features parallel airport facilities to benefit its paying clients.
Hong Kong International Airport assures an incredible  transport connectivity with the Hong Kong city. The travelers  who come at this International Airport are able to board the Airport Express to Hong Kong. One more  options for passenger transportation include the City bus and aquatic ferries.

Founded in the 1990s mainly from reclaimed land, the artificial island on which Hong Kong International Airport rises, added like 1% to the total area of the province and has been regarded as one of the top ten engineering projects of all time. The airport was officially inaugurated in 1998, when  the Cathay Pacific flight from Rome arrived, because  later it went on to experience many months of critical troubles, including mechanical and organizational problems that caused the frustration of tens of thousands of passengers. Since that period, the airport become one of the busiest and most efficient airports in the world, which boasts a marvelous Sky Plaza. However, the development have not been completed and there are still  some plans  alive for an ambitious and gorgeous  Sky City, which will host several top hotels and even will give to travelers the possibility to experience a round of golf before going out.
This amazing airport was initially designed to make easier  some of the congestion associated with Hong Kong’s  permanent increase as a treasured center of business for wonderful Asia, and the commercial gateway to China. The giant engagement involved 4 major sponsors, 10 various projects, 200 construction contracts, and over 1,000 critical interfaces. A new and modern transportation corridor runs directly 34 kilometers from Hong Kong Island to the remarkable Hong Kong International Airport, featuring  a high-speed rail system, two notable tunnels, two spectacular bridges, and a six-lane expressway.
The operations were carefully transferred from the already existing Kai Tak Airport to Hong Kong International in just one night of July 1998, a task special that asked the arrangement of  attentive operation of some 1,200 vehicles and a convoy of barges. Despite the large complexity, flight and passenger processing met operational standards before the end of the first week, and cargo operations were on track soon after. A full Bechtel-government team delivered its projects following a great schedule and reached a not really big budget saving more than $1 billion.
Hong Kong International Airport represents an ideal gateway of China. The Sky Pier cross-boundary ferry service makes the connection  between passengers of the PRD and international destinations passing through the Hong Kong Airport, in comfort, avoiding the immigration and customs formalities that includes the city. Eight ports, such as Shekou and Fuyong in Shenzhen , Guangzhou Nansha, Dongguan Humen, Zhongshan, Zhuhai Jiuzhou,including also the Macao's Maritime Ferry Terminal and Taipa, presently provide speedy cross-boundary arrangements.
With 50 billion of Hong Kong dollars investment, this huge airport represented one of the largest engineering and architectural projects in the world. In recent years, the leadership of the airport invested  more than HK$2 billion annually  to enlarge the capacity and increase the airport facilities.
Hong Kong International Airport  is served by a very efficient and comfortable transport network, being really easy to get to and from. Arriving and departing travelers offer  plenty of choices. The Airport Express runs to the airport and then directly to Hong Kong's central business district and its specialized buses connect the airport with most of the city. While taxis and coaches provide supplementary services for passengers, including  also limousines which take passengers straight to their lovely destinations. The Hong Kong International Airport is a pleasant hub, where the travelers are treated with respect, and includes an educated stuff that is very friendly. The atmosphere is relaxing and the passengers feel free to ask something, a great ambiance where to spend exciting moments, surrounded by nice architecture and comfortable seats. Even if it passed through many troubles and difficulties, this airport is nowadays one of the best in the world, featuring the most trendy services and the most modern facilities, so that the guests are satisfied and choose this site for their next travel.
Sponsored Links

Write your Review on Hong Kong International Airport and become the best user of Bestourism.com 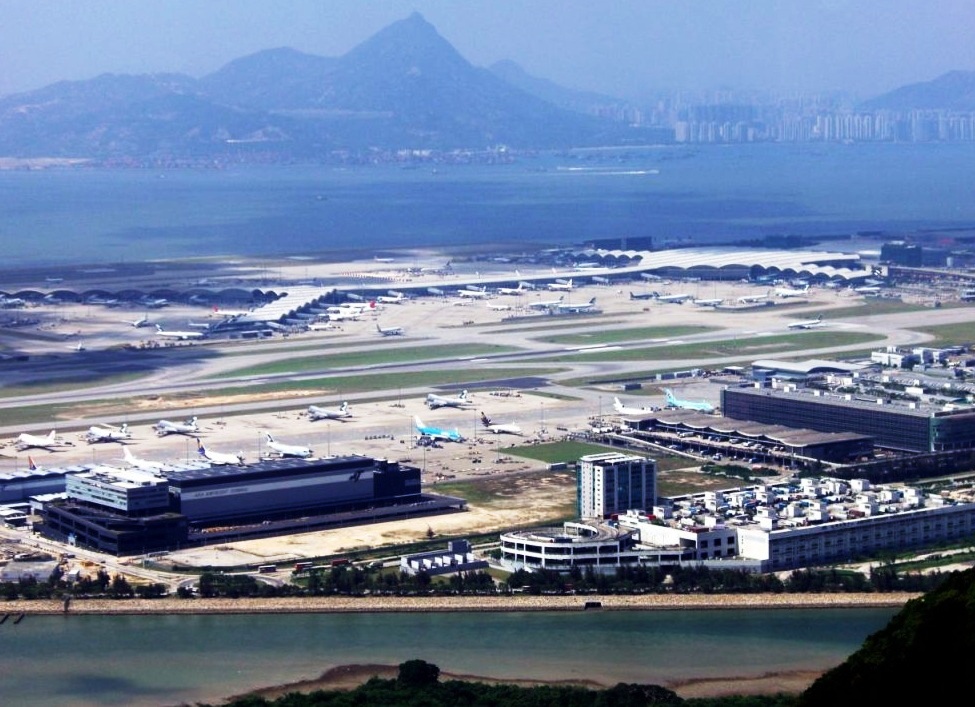 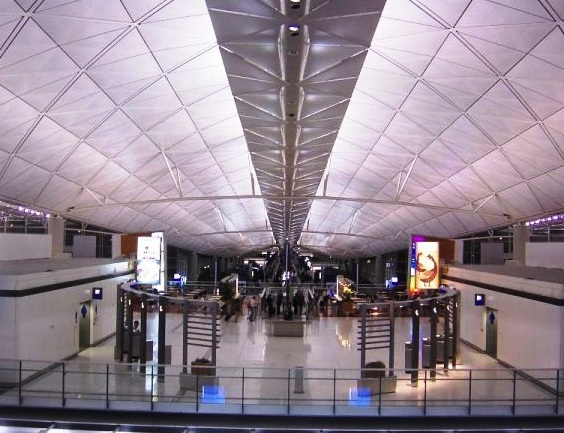 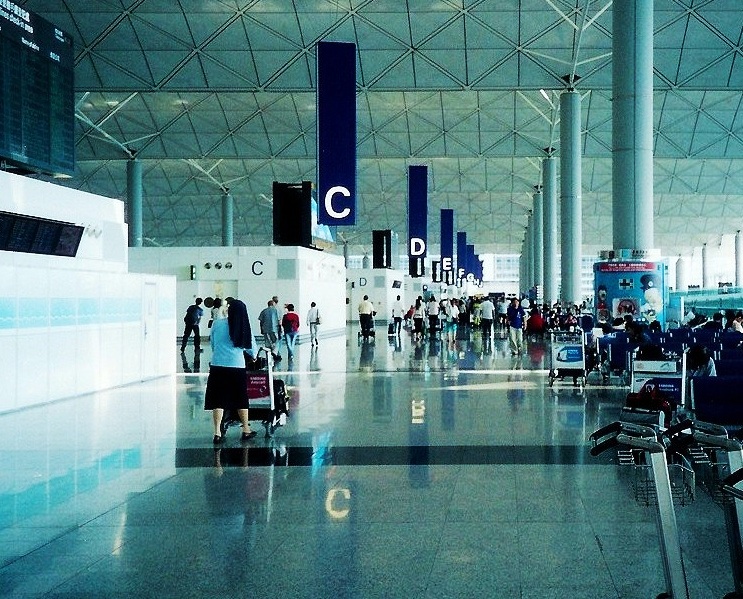 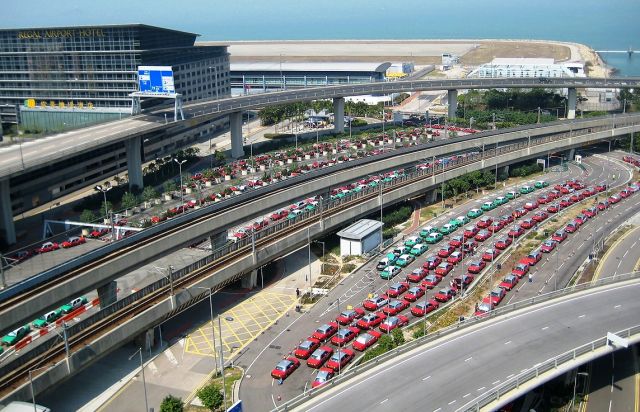 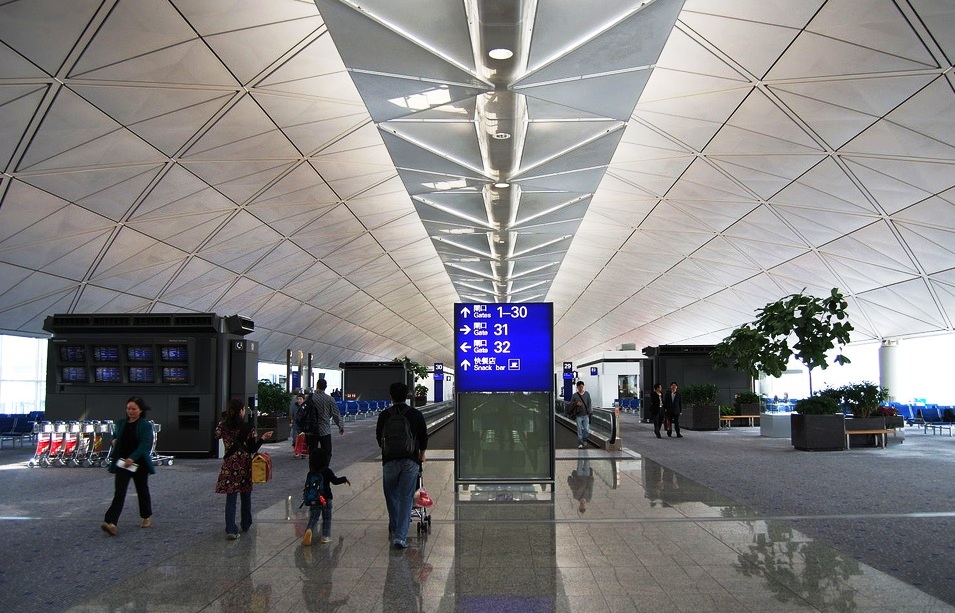