Destinations / The best places to visit in Vienna, Austria / Rathaus


City Hall of Vienna is one of the most beautiful buildings in many architectural beauties that has this city. Designed by architect Friedrich Schmidt, the building was built between 1872 and 1883. Boulevard Ring Architecture is very diverse in terms of architectural styles used and filled with history, over time it became a blend of architectural style or way. However, the Hall building, the architect used a single style of a particular era.

Hall was built in Gothic style, with a tower-like Gothic cathedrals. Gothic era coincided with the accelerated development of cities and the emergence of a social class called urban bourgeoisie. On top of the tower is a statue of a man known as Rathausmann, a symbol of Vienna. The statue watches over him that Vienna has a height of 5.4 m (3.4 m without flag they bear) and weighs 650 pounds. Statue of the medieval knight armor was modeled by Emperor Maximilian I. A sphere that weighs over 800 pounds and acting like a counterweight, helping the statue to remain standing even in strong wind or storm. A workshop in Vienna in 1985 was contracted to restore the statue Rathausmann. As a surprise at the end of restoration, artisans workshop presented an exact replica of the statue can be seen in Rathauspark, park in front of City Hall.
Today Vienna's City Hall building is the headquarters of the municipal administration of the city and over 2,000 people working here. Visitors will be impressed by the imposing halls of City Hall which often provide a nice framework for various events such as press conferences, concerts and balls.
Sponsored Links

Write your Review on Rathaus and become the best user of Bestourism.com 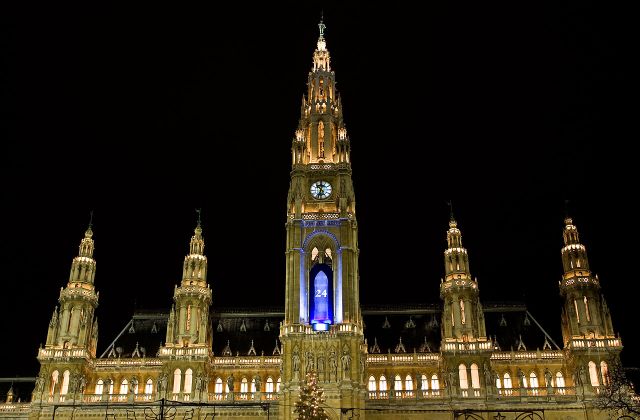 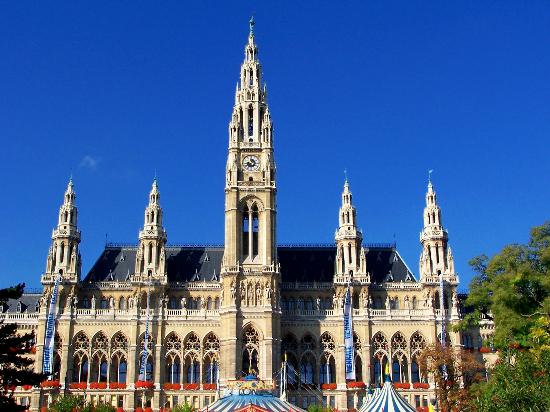