Pirates, reggae, Cuban cigars… all these betray a special atmosphere of the Caribbean Sea. Who does not want to visit the sea, which scoured the expanse of Francis Drake and Henry Morgan? That is why a holiday in the Caribbean is the favorite for many tourists.

The Caribbean Sea is located  near the equator , in the Atlantic basin and it washes the shores of Colombia, Panama, Venezuela, Honduras, Cuba, Jamaica and other countries. Due to tropical climate, numerous sandy beaches, clear water, well-known resorts and scenic Caribbean region is a popular tourist destination. The district Caribbean cruise routes are well-known travel companies. Rich underwater world are attracting thousands of divers. Most resorts are visited by the inhabitants of the Caribbean , the USA, Canada and Brazil.

The history of the Caribbean holds many mysteries and legends. The most interesting part of it are the Pirates of the Caribbean. Pirates were the first who came in the Caribbean in the XVII century. The central point of their collection was the island of Tortuga. The first third of the XVIII century is considered the "golden age of piracy" when the "masters" of the Caribbean were Blackbeard, Steed Bonnet, Black Brother, Anne Bonny and Mary Read. There are several legends about the origin of the Caribbean Sea . One of them is about an enraged father who killed his son, and put his bones in the cabin. The guests who came to the hut saw that the bones turned into fish and wanted to eat them. But they accidentally overturned calabash and water poured out of it from which the sea formed. According to another version, this sea has arisen because of the flood, which unleashed an evil spirit.

The fauna of the Caribbean is very diverse. This location has about 450 fish species, 90 mammal species and 500 reptile species. Among the fishes of the Caribbean Sea sharks, moray eels, fish-angel ,goliath fish, parrot fish, several species of sharks , as well as game fish – tuna and lobster can be seen. Also, do not be surprised to see whales, dolphins, crocodiles and sea turtles that are found in abundance here. Sea whales, sperm whales and dolphins were found in the waters of the sea too. The whole coastal area is covered by tropical forests with lush greenery and a riot of colors.

Holidays in the Caribbean

Tourism in the Caribbean is very popular thanks to the warm climate and beautiful beaches. Tropical forests, blue water, fruit cocktail and the sun - what else is needed for a good holiday? Diving in the Caribbean is very popular, because almost the same variety of fish, as in the Red Sea live here. The Caribbean will impress even the most demanding divers. The culture of the countries whose shores are washed by the Caribbean Sea is very interesting. Here you can find many monuments of modern civilization, as well as the colonial era. The Caribbean resorts would be useful for those who suffer from neuroses and respiratory diseases. The sea air and the atmosphere of paradise quickly improve health. The Caribbean cruises is also a popular form of recreation. You will feel like a real pirate and dip in the romantic atmosphere of danger, cleaving the water on the liner. In fact, it is safe. During this cruise you will visit the island of Barbados, Grenada, St. Lucia, which will conquer you with their beauty.

Antilles and the Bahamas include several major islands: Cuba, Haiti, Jamaica, Puerto Rico. Here are the Virgin Islands and the Cayman Islands.

The climate of the region is defined by the trade winds and tropical regions of the Atlantic Ocean. The average temperature throughout the year is virtually unchanged and it is of 23 ... 28 degrees. The Caribbean region is less susceptible to hurricanes than the Gulf of Mexico and the eastern Pacific. The warm climate, the coral reefs and the clear water have created a rich underwater world of sea.

The Caribbean is of great economic and strategic importance as the shortest sea route connecting the ports via the Panama Canal and the Atlantic and Pacific Oceans. The most important ports are : Maracaibo and La Guaira (Venezuela), Cartagena (Colombia), Limon (Costa Rica), Santo Domingo (Dominican Republic), Colon (Panama), Santiago de Cuba (Cuba). The Caribbean region is a popular holiday destination of many tycoons from different countries. They are not limited, really deserving a place for relaxation and comfort. The tourism industry is an important component of the economies of the Caribbean, serving mainly for travelers.

Write your Review on The Caribbean Sea and become the best user of Bestourism.com

Maps of The Caribbean Sea 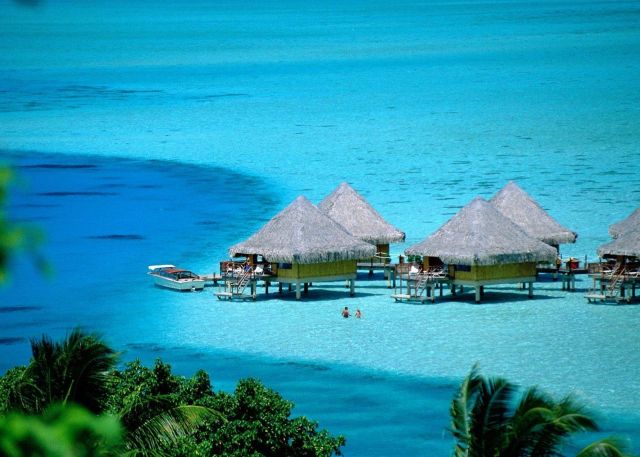 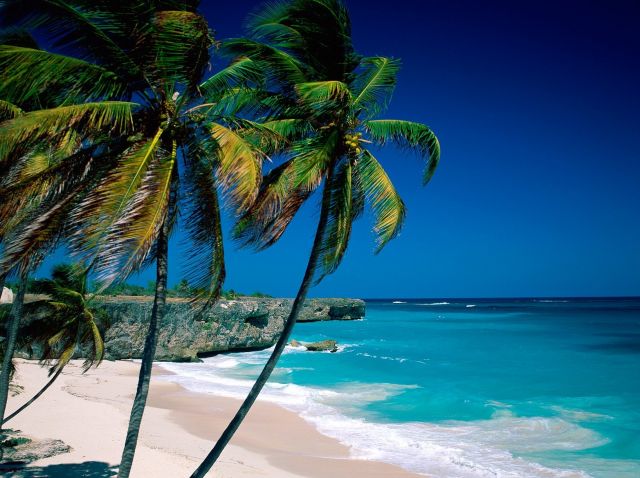 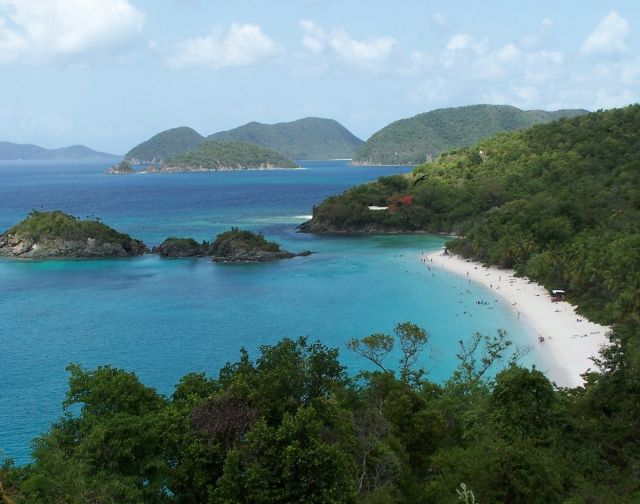 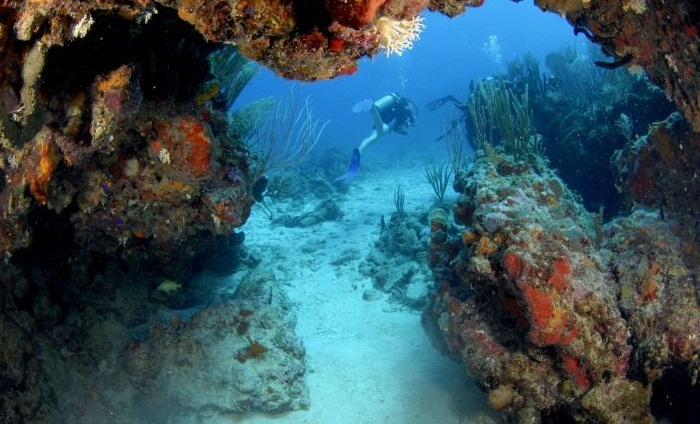 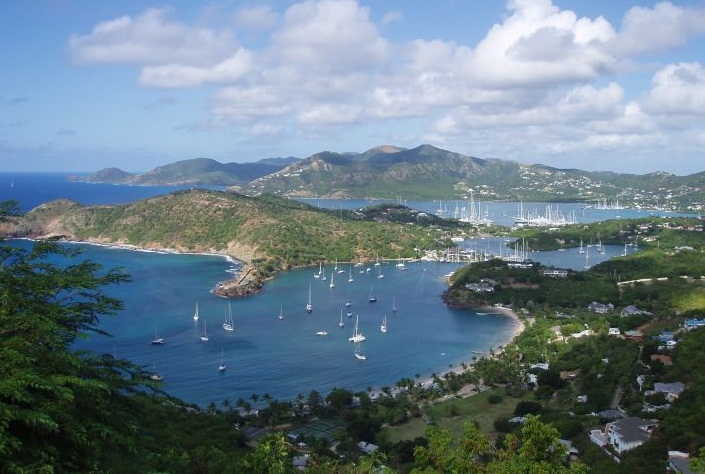 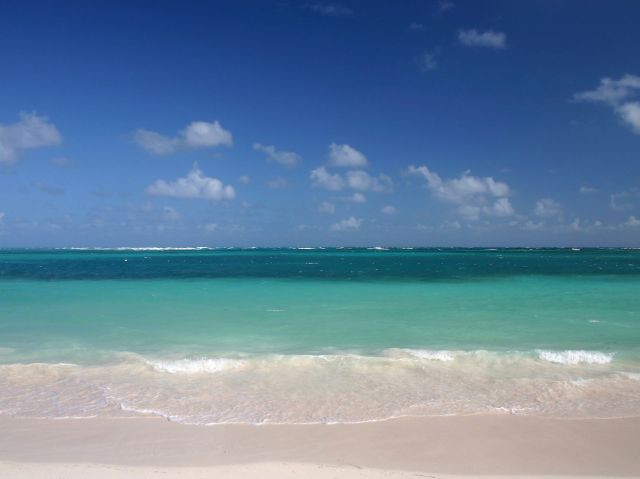 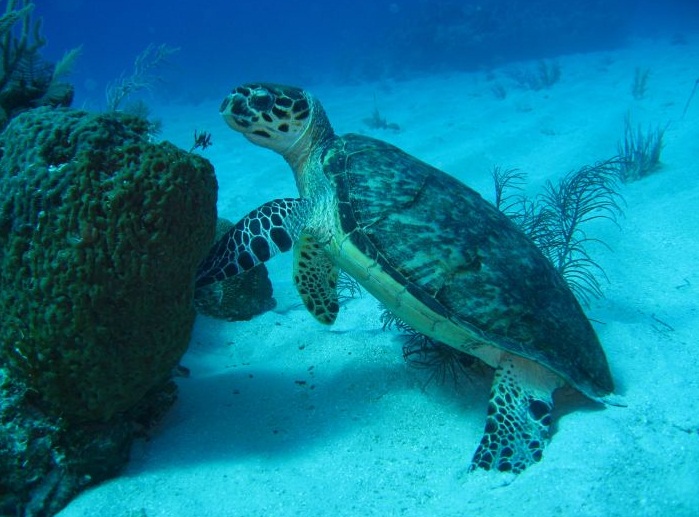 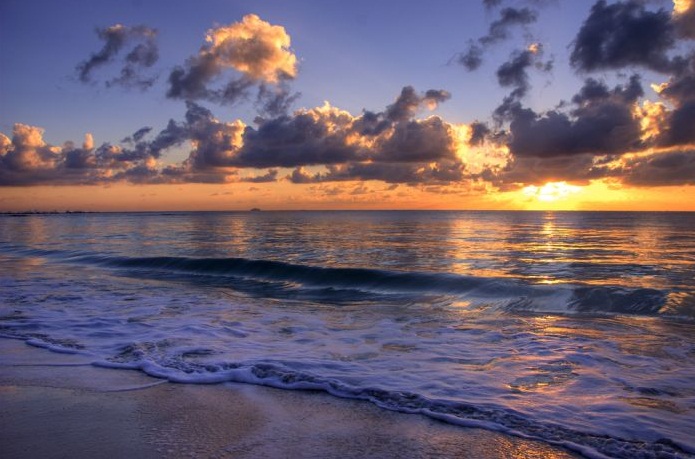 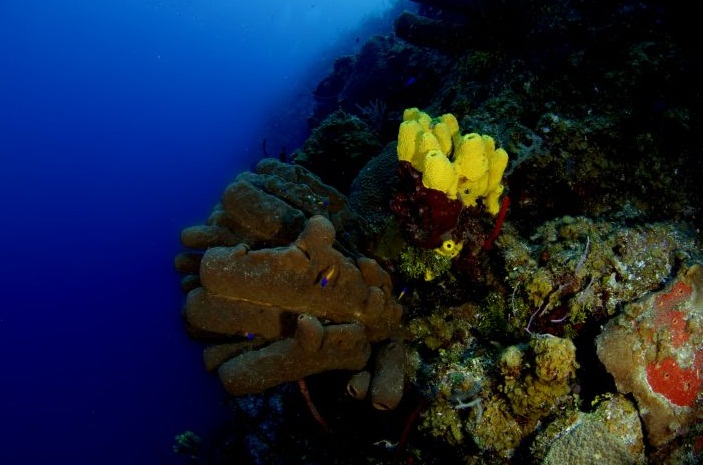