Singapore Changi Airport rises up as a veritable airport hub based in the Southeast Asia region and this  is the most important  airport in Singapore. The airport includes  about 4,340 flights every week, operated by 80 airlines to over 116 cities in 59 countries, serving  over 36,701,556 passengers annually.  Singapore Changi Airport is regarded as the 19th busiest airport in the world and the 5th busiest in Asia for the passenger traffic.

After being a major passenger traffic hub, the airport is also one of the busiest cargo airports in the world, featuring around  1.89 million tones of cargo.  Since it was opened in 1981, the airport has made its great fame in the aviation industry as a benchmark for service excellence, winning over 280 awards, comprising the  period from 1987 to 2007, with 19 Best Airport awards. The airport's efforts to counter the onset of age feature periodic physical improvements  for its already existing terminals, foundation of new modern facilities and taking steps to give a high level of customer service.
Having received  limited land resources in Singapore, the airport was created for both current and future need, representing  the country's main airport. The airport was designed to feature the possibility to be doubled  in size using reclaimed land, with more space perfect for two more runways and at least two new passenger terminal buildings. Changi International Airport, carefully raised at the eastern side of Singapore, it was officially inaugurated on  the 29th  December 1981. The beautiful site was constructed almost entirely on reclaimed land nearby the  initial  World War II Changi airbase was located. When opened for the first time, the airport was the first at everything,  for example the world's largest airport and designed with  the world's largest column-free hanger at 20,000 square  meters.

Brief history of the Changi Airport

The Changi airbase was founded by prisoners-of-war between the 1943-1944. The north-south and  the east-west strips perfectly situated in northeast part of Singapore was simply an unpaved and grassed runway when the RAF took over the airbase in 1946. Japanese prisoners later added perforated steel plates on the east-west strip and the north-south runway were  consolidated, which served later as the most important runway for military aircraft until 1949.
In the early 1970s, Paya Lebar Airport, the existing civil airport seemed  to confront with  failure of rooms for future expansion. A new location for a new  airport was found, a great place  where it would not interfere with high-rise developments. Changi airbase was chosen as the best site for the new airport.
Plans for the new airport featured  two runways, three passenger terminals, including also the chance to erect the fourth terminal building. Vital support facilities designing the structure, included aircraft engineering support, in-flight catering services, fire stations and useful utilities. In June 1975, the preventive  work on the Changi airbase site for an international airport began. Over 870 ha of land was reclaimed, a great quantity  to cover perfectly Sentosa. The canals were founded to divert water from the three existing streams; such as  Sungei Tanah Merah Besar, Sungei Ayer Gemuroh and Sungei Mata Ikan. The foundation work was subdivided into two phases, including  the Phase I  directed to be completed until  1981 and Phase II, that supposed  to be completed by mid-1980s. The total cost for Phase I itself  was around S$1,300 million. The airport was totally finished  in record time despite the lack  of materials and workers. The speed and supervision of the construction of the airport was attributed to the application of sound management principles by the Changi Airport Development Division of the Public Works Department. The Changi International Airport started officially to function  on 1 July 1981 and was officially opened five months later on 29 December of the same year. It was a grand event that captivated the attention of thousands of people.

interesting facts about the Changi Airport

Nowadays  the airport features two parallel runways, that are 60 meters  wide with a 1.64 km gap, that is  separating them perfectly. When firstly opened, the airport, there was working only Terminal One. On the 22nd  November 1990, Terminal Two was made operational and opened officially on 1st  June 1991. Terminal Two appears  larger than Terminal One but both offer the same qualified  services which includes passenger transactions and transit, and restaurants and shopping areas. Both terminals taken together comprise a capacity of 36 million passengers every year. But actually  the third terminal is being raised now with an expected capacity of 20 million passengers.
The 16-sided, 78 meters  Control Tower, that is designed on a polygonal shaft acts not only as a necessary air-traffic control unit but it is also considered as a veritable  icon representing perfectly the airport. Walking along the highway straight to the  airport, incredible landscaping and colorful plants highlight the scenic beauty of  the ancillary buildings and offer spectacular greenery to the expansive structures. The greenery continues to penetrate the imposing structure with planter boxes and landscaped pools that decorate the Terminals. This can be a very wonderful experience for tourists who love luxury, modernism, and high qualified services.
Sponsored Links

Write your Review on Changi Airport in Singapore and become the best user of Bestourism.com

Maps of Changi Airport in Singapore 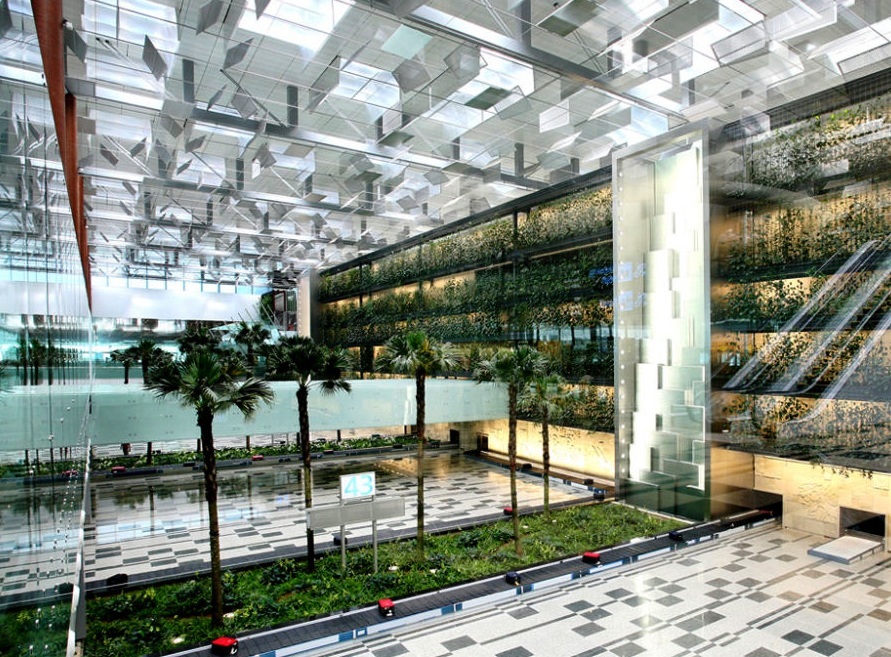 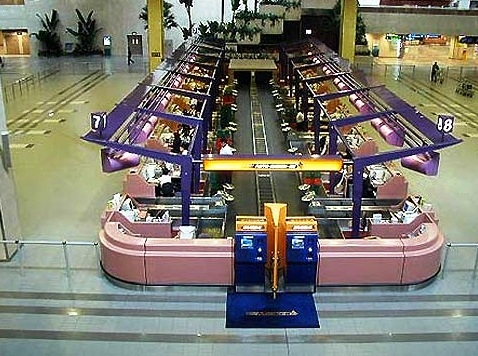 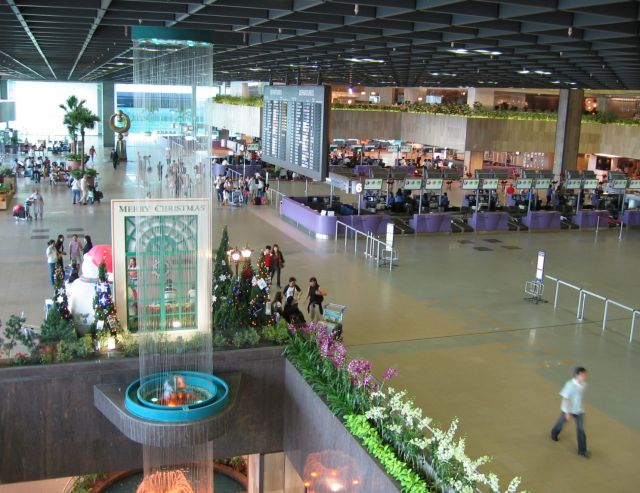