The Great Theatre of Liceo in Barcelona


The Great Theatre of Liceo represents a wonderful symbol of the city of Barcelona, as on its famous stage the most popular artists in the world have performed and because since it was inaugurated it hasn´t stopped captivating and attracting the guests with its veritable architecture, its acoustics and its fantastic charm when the music is playing. The Great Theatre of Liceo is considered as one of the most expensive and amazing  places in Barcelona especially for its residents. The Great Theatre is the oldest one in Barcelona, and the works for its foundation started in 1845. It was officially inaugurated in 1847. It is one of the theaters specialized in the world’s best opera , that received all the great tenor and soprano of this spectacular genre, like Montserrat Caballe, Placido Domingo, Pavaroti, the Three Tenors, and  others.

Once founded the Liceo  served as a school of art where people taught theatre, singing and listening to Italian music. Nowadays the imposing structure is public and  all the guests are able to experience the performances that they organize here, or are involved in the contests that take place or assist to the school of Petit Liceo where they have the chance to take opera lessons.
Recognized often as an emblem of the city, the Liceo was damaged due to attacks and incidents that almost destroyed it totally. For example in 1861 there was a fire or in 1893  an anarchist caused a bomb explosion on the theatre’s stage.

On the 31st of January 1994 a fire damaged the Liceo and destroyed its auditorium and stage, that affected the whole city. In 1999 the entire reconstruction was finally completed. Officially opened for the public  on the 4th of April 1847 on the Rambla of Barcelona, the foundation of the magnificent theatre was ordered by the Drama Society of Amateurs, whose notable success created the necessity for  the construction of a new building for its great performances. The theatre was raised on the same area where once stood the ancient convent of the Trinitarian of la Rambla which was powerfully marked by the consequences of the "desamortizacion" that represented the public sale of properties belonging to the aristocracy, towns and the Church or religious orders.
The history of the Liceo is marked by many incidents, like the fire from 1861, that broke up and destroyed the auditorium and the stage. Josep Oriol Mestres, who participated  in the original project of Miguel Garriga i Roca, supervised the reconstruction. The next year, the theatre was inaugurated one more time. On the 7th of November 1893, during the Rossini's William Tell performance, the anarchist Santiago Salvador caused the explosion of two bombs on the stalls. Only one bomb exploded and took the lives of 22 people and hurt 35 others.
The exterior façade of the miraculous theatre is more modest and simple compared to its interior, where the guests  can admire the lovely perron founded of marble which takes its guests straight to the Hall of Mirrors and the amphitheatre. After the 1994 fire, the center was constructed again as the original one. The measures, the layout, the capacity, the decoration and the acoustics were perfectly followed. The auditorium rises inspired by the Scala of Milano, representing a horse-shoe shaped, that features stalls and 5 levels. It can accommodate around 2,292 people there. The nowadays decoration relates the style of the 1909's. The golden and polychrome plaster mouldings, the dragon-shaped brass standard lamps, the red velvet-clad iron seats can be still admired  there. All the elements correspond to the dominant style of the 19th century theatres. The renovation of the premises feature some new elements, such as the roof decoration made by Peregaume and the curtain designed tastefully by the fashion designer Antonio Miro. The theatre  included several technical innovations as well, a great example is the refurbishment of the 70 meters high theatrical tower which can comprise 3 opera stage designs at the same time.
Known also as "The Lyceum”, the theatre  is located beautifully in one of the most splendid avenues and characteristics of Barcelona, called Las Ramblas. It is believed to be the oldest theater, featuring the oldest traditions and prestige of the city of Barcelona and a grand example of the best theatres in the whole world. Its incredible stage received the most prominent and prestigious opera singers in the world and its guests  witnessed the interpretation of masterpieces. It is the ideal place for important meetings of the aristocracy and  the Catalan bourgeoisie.

Interesting facts about the Theatre

The original Liceo, designed by the architect Miquel Garriga i Roca, was opened after two years of  work, featuring special characteristics that are specific to all the Italian theatres, including a horseshoe-shaped Hall. Designed with a beautiful stage and six marvelous floors, it is believed to be the largest theatre at that period of time. The works were financed due to funds which came from private shareholders, affecting also the construction of the new building.
The architect who worked under the project, Ignasi de Solá-Morales, well educated in theatre issues thanks to his former post, could reconstruct the imposing structure following its previous design. The magnificent building, now publicly owned, has recovered its original elements,  developed as well with the help of the most avant-garde technology perfecting it to offer superb comfort, modern ameneties, stage and security facilities.
The 32,821 square meters territory  where the Gran Teatro del Liceo is currently located is visible and larger than the previous one, that covered around 16,000 square meters, caused by the expropriation of adjacent estates. The created extension has a more visible impact over the stage and services and also over the shopping area and offices. Because the stage tower features 38 meters  over and 24 meters below the stage,  it offers the opportunity to assemble the props of up to three different opera. The Hall can host around 2,340 spectators, being completely reconstructed after the strong fire, including even the smallest details. Currently it comprises modern facilities for lighting, recording, comfort and safety. The managing architect sustained the idea that the history cannot repeat itself, that is why there are  some  visible signs  that indicate that the Hall was reconstructed in 1999, although it was focused on the original one. This was achieved when  a new 11-metre curtain was made by the well-known Antonio Miró, including also a new central lamp, and remarkable Perejaume designs, perfect  for the 8 surrounding points of light.
New modern areas were offered to the theatre, such as the wide Foyer under the patio; the huge Mestres Cabanes Hall, which is ideal  for general rehearsals and ballet; collective and personal  dressing rooms; well designed make-up rooms, hairdresser's, costume department, including as well the room for Chorus rehearsals, which can accommodate 120 people, and the Orchestra room, perfect for over 200 musicians. Notable areas of the former Liceo were tastefully renovated, for example  the Mirror Room, Main Vestibule or Staircase, which did not suffer from the fire. Though the façades were not affected by the fire, these were also redesigned and restored, thanks to the extension work.
The public and the professional traffic was  renovated and improved as well, to offer more safety to visitors. The doors, halls and staircases were perfectly extended too and the building was designed to include more emergency exits, presently located closer to the seats. The theatre was fitted l with more modern facilities for air conditioning, electricity, communications, security, plumbing.
During the 41 months that lasted the works, the team used often gathered around 500 people. More than 40,000 people visited the works when were executed and another 70,000 visited the theatre during the free-entrance days organized after the completion,  admiring and experiencing the splendor of a challenging project of incredible pride to all of those who have been involved. The treasured works not only recovered the adorable Teatro del Liceo for Barcelona, but also for the whole country and the world.
However, the most attractive that the Liceo keeps  its exquisite cultural suggestions, providing every season a more excellent offer for the spectators. If you get to visit this wonderful theatre, to feel its interior ambiance, being part of the universal history of opera and listening to the extraordinary music is priceless,it is like an unforgettable experience that can mark your life.
The visits to the installations of the Teatro del Liceo are accessible to the public and guided tours are also organized and available all the time. Delight your ears with spectacular opera concerts and feel gorgeous to visit this grand treasure of the city of Barcelona. Feel free to explore its fantastic history and you will be definitely amazed by its rich past, hidden under the perfectly decorated walls. The Teatro del Liceo is an incredible attraction for the city, intriguing the music lovers, who come  to spend the time relaxing and listening to the best music, to the most famous performers. The atmosphere is pleasant, veiled in mystery and relaxing everybody who loves operas.
Sponsored Links

Write your Review on The Great Theatre of Liceo in Barcelona and become the best user of Bestourism.com

Maps of The Great Theatre of Liceo in Barcelona 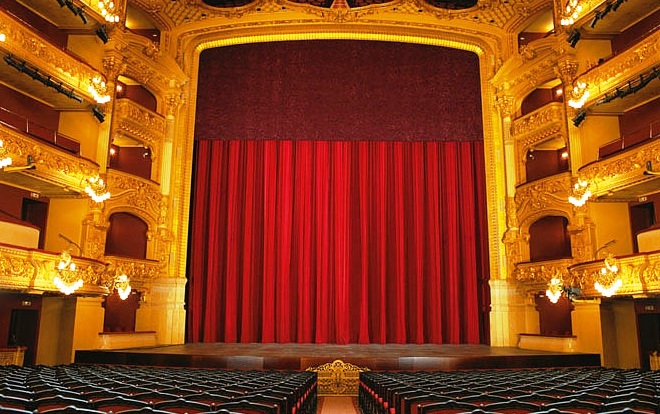 The Great Theatre of Liceo in Barcelona - Amazing beauty 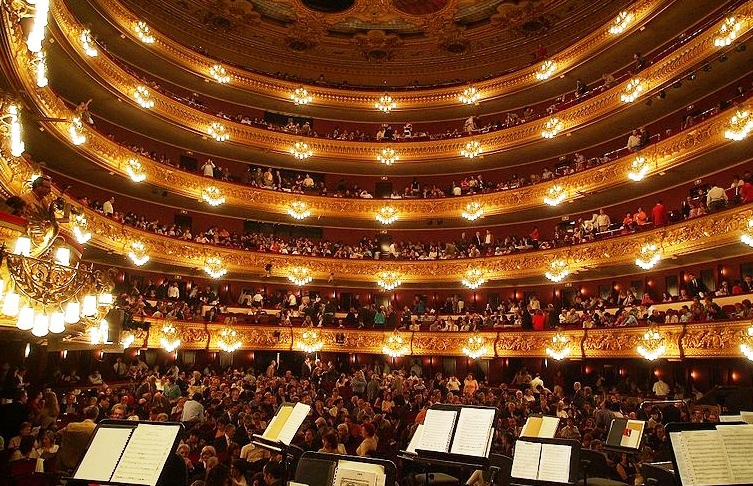 The Great Theatre of Liceo in Barcelona - Fantastic design 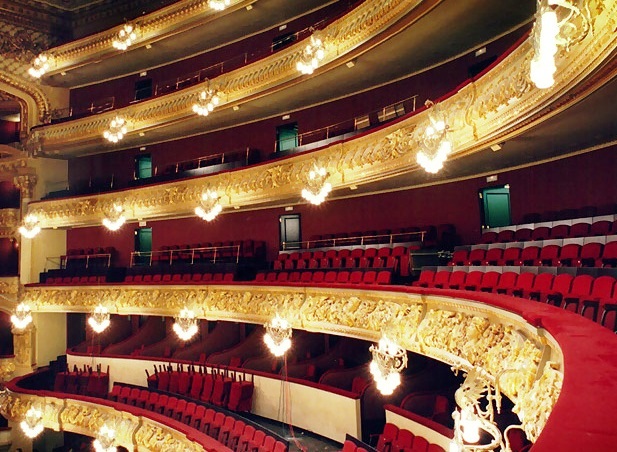 The Great Theatre of Liceo in Barcelona - Nice ambiance 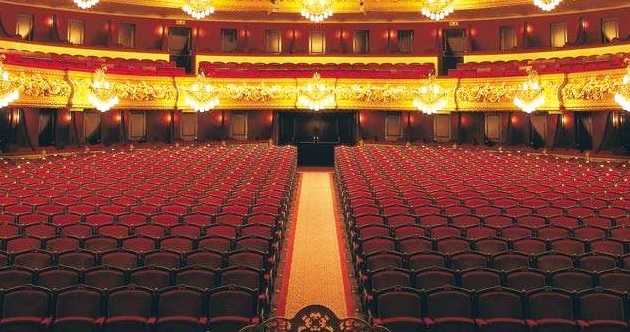 The Great Theatre of Liceo in Barcelona - Spectacular interior