The Vienna Opera House is recognized as one of the most famous Opera Theaters in the world. Many of the greatest directors of all times have performed here. The list is very long, we can name just few of them, including Mahler, Strauss, Krauss and von Karajan. This fabulous Opera House  rises up in the first district of Vienna at the southern end of the Kärntnerstrasse. August von Sicardsburg and Eduard van der Nüll founded the State Opera House between 1861-1869.The gorgeous Opera House features a world-wide reputation thanks to its first-class opera concerts and it is famous also due to the Vienna Philharmonic Orchestra. A night spent at the State Opera is for sure  one of the most unforgettable events that any tourist to Vienna can experience. The structure itself closely resembles the Italian Renaissance, as this beautiful epoch had a great  importance for art and music. The first operas were written and took place in Italy during the 16th century. The loggia from the ring boulevard has the purpose to underline the opening to the public. It  appears decorated with a veritable cycle representing the Mozart's 'Magic Flute' and other well-known operas perfected by the painter Moritz von Schwind. Many beautiful statues and figurative embellishments in interior and also at exterior of Vienna opera emphasize the festive character of the house.

During World War II, the stage of the theatre was destroyed by allied bombs and the structure gutted by fire on 12 March, 1945. It had been burning for two days. Its auditorium and the stage, as well as a majority of its décor, including also around 150,000 costumes, were totally destroyed by the powerful flames. After the cruel war the exterior of the prestigious opera house was reconstructed as it had been once. When admiring the building from the front, the historical part from the original 1869 structure is still visible. Its  façade still appears in Renaissance arched style and the loggia on the Ringstrasse side describes the remarkable character of the theatre.

Entering  one of the main doors into the box office foyer, that has preserved its initial form, offering an immediate impression about the interior of the former opera house which was mostly destroyed on the 12th of March 1945, not long before the end of hostilities in the Second World War. The beautiful façade and the main foyer still remain in their original form, the central stairway, which is also known as the celebratory stairway, the Schwindfoyer and loggia and the Tea Salon on the first floor are also fabulous, keeping their original charm and beauty.
The Wiener Staatsoper lived  the years of amazing splendor under the direction and under the supervision of the famous Schreyvoger,dedicating mythical figure in the global music scene. We all know that the city of Vienna is the capital of the music being popular through all the Night of Opera Ball, unique  evening in which the best personalities dance under the dome of the Wiener Staatsoper.
The building that we get to see today was completed in 1955, and can accommodate around 2200 people. The high standard performances are popular around the world, and draw many visitors. On Novermber 5, 1955, the Vienna Opera was again opened  with Fidelio by Ludwig van Beethoven, directed by Karl Böhm. The performance was broadcast throughout the world,acting as a special sign, letting know that Austria became once again an independent and democratic republic.
Unfortunately the origins of this Opera House are not very happy, as one of its architects named, Eduard van der Nüll killed himself because he could not  suffer the negative reaction of the Vienna’s residents, regarding his work. The second architect, August von Sicardsburg died very soon too. During the Second World War the Opera House was almost totally destroyed, but later it was reconstructed keeping  its original style and plans.
The Vienna State Opera representing one of the top opera destinations in the whole world is the ideal place where the music enthusiasts can experience the very best in first-class productions. This notable stage provides  a various program every day, including over 50 operas and ballet works, organized for nearly 300 days per season.
The repertoire of the State Opera features an incredible cross-section of the full spectrum of operatic literature. Five new opera productions will be performed in the 2011-2012 season: for example the Verdi's La Traviata, Janáček's Aus einem Totenhaus, Weill's Aufstieg und Fall der Stadt Mahagonny, Mozart's La clemenza di Tito, and one more time Verdi - Don Carlo.
Top international performers, stage designers live the best experience presenting their art before a critical Viennese audience.
This can be a definitely exciting adventure for those who love to explore the past and to find out interesting events that marks the history of a veritable attraction. The guests will spend  wonderful moments here, in a delightful atmosphere, accompanied by the best orchestra. There take place the most incredible balls, attracting thousands of guest, who are really surprised and impressed by the beauty of the structure, by its amazing design and also for the spectacular presentation, that make the event  really unforgettable, full of mystery and pleasure. Sophisticated and trendy people are attracted by the concerts and events that are organized at the Vienna Opera House, making it a picturesque diamond hidden in the marvelous downtown of Vienna.
Feel free to enjoy and experience the best adventure while visiting the opera house, or while assisting at one of its amazinf spectacles, that attracts many music lovers. Vienna State Opera represents a truly fantastic treasure for the residents of the city, who know to appreciate its significant role in their community. Delight your ears with scenic performances that are amazing, superb, making the ambiance fantastic, offering pleasant memories for everybody, who chooses to take part at one of its dramatic concerts. It still preserves the title of one of the most impressive theatres in the world and thanks to its glorious history it keeps a great charm and undoubtedly majesty.
Sponsored Links

Write your Review on Vienna Opera House and become the best user of Bestourism.com 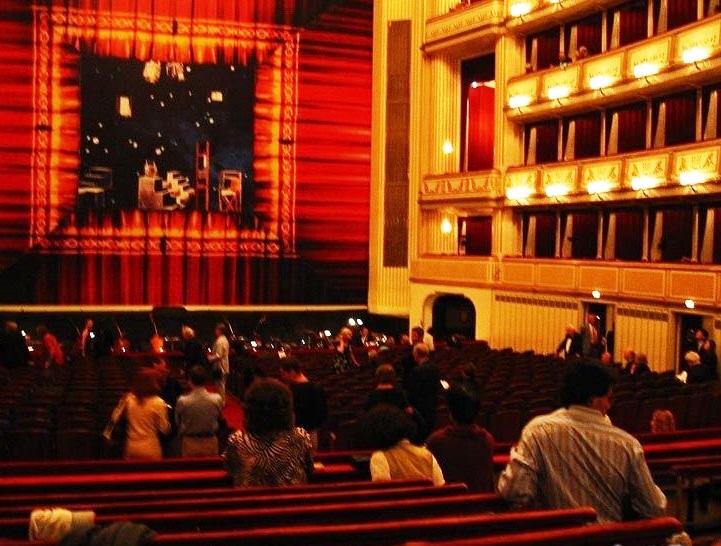 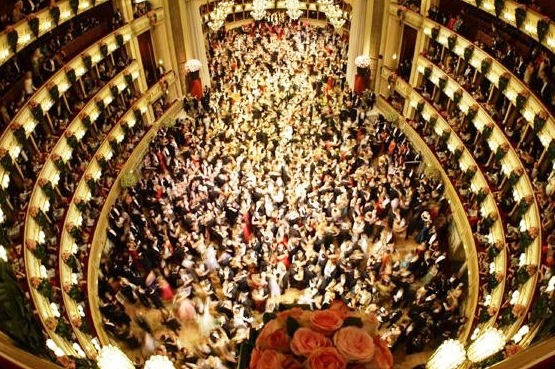 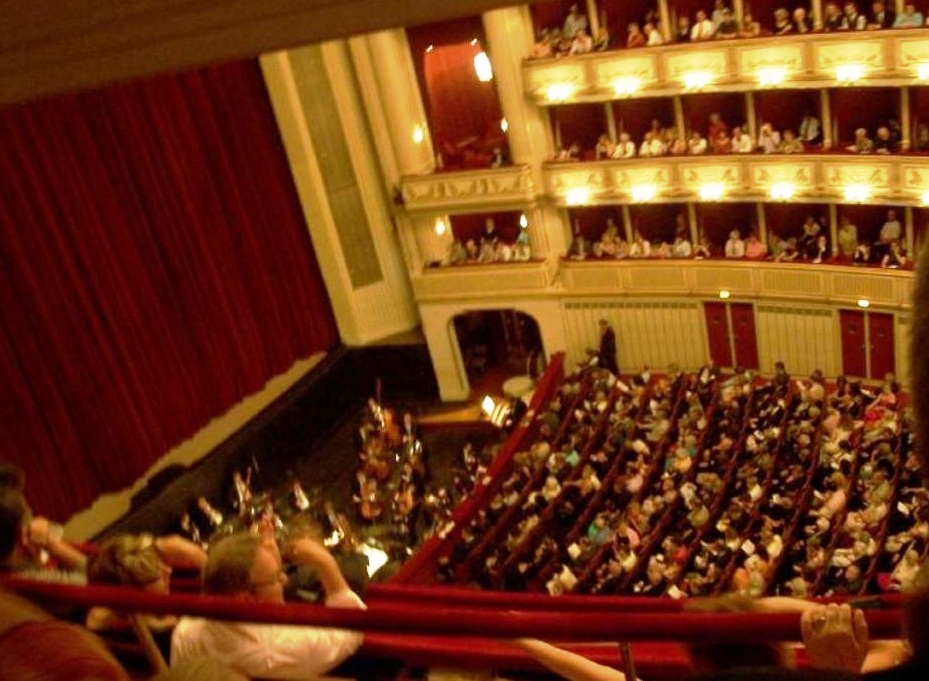 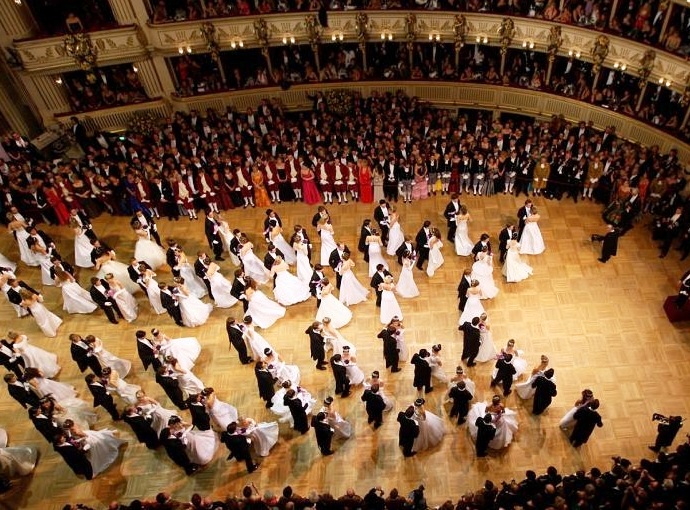