Destinations / The best places to visit in Vienna, Austria / Karlskirche


Karlskirche or Church of Saint Karl is one of the most beautiful and interesting buildings. By order of the king of this baroque building was designed especially to represent the Habsburg Empire. In 1713, Vienna was hit by plague and Emperor Karl VI made a vow to build a church if it will get rid of Vienna terrible disease. In 1715 prayers were heard and building the church began, it was finished 22 years later in the year 1737.

Karlskirche combines architectural elements from ancient Greece (the two arches of one side and another church), in ancient Rome (two columns), and the contemporary Viennese Baroque (dome and towers). Church form has not been copied and is seen as an architectural curiosity. But it gives a greater interest among other Baroque churches in Austria and is an almost magical place especially when illuminated at night. Undoubtedly the most interesting aspects of the church are the two columns were inspired by Trajan's Column in Rome. Inside the church is more conventional than the exterior.
Sponsored Links

Write your Review on Karlskirche and become the best user of Bestourism.com 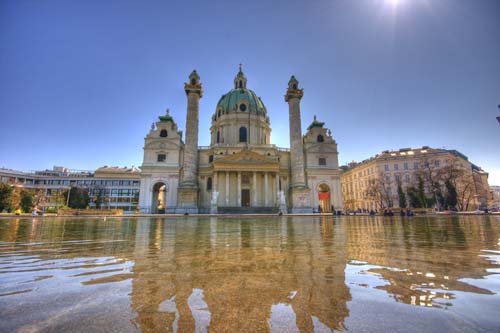 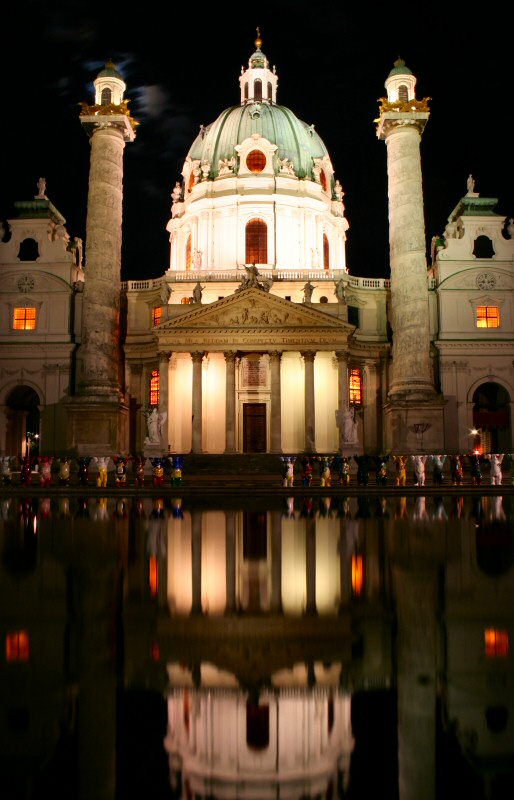 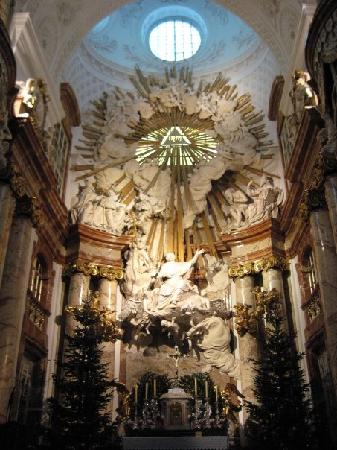