The Teatro Real in the city of  Madrid is beautifully located opposite the Royal Palace, between the two amazing plazas, Plaza de Isabel II and Plaza de Oriente, and next to the well-known Café de Oriente. The teatro rises up in the same place where the old theatre of Los Caños del Peral  has once been located. Los Caños del Peral was founded in 1708 and was pulled down when only ruins made it in 1818, to offer space for the new Teatro Real.

This lovely region of Madrid is one of the most central and opens really great access to the most popular sights and monuments of the city. The foundation of the new theatre lasted for about 30 years because of the lack of funding. The half-completed structure was used for different purposes, serving as a dance hall, the Guardia Civil quarters, a powder store.
Queen Isabel II who was an opera lover shown a great interest in the construction, and in 1848 the work restarted with a serious attitude. The teatro was officially inaugurated on the Queen's birthday, on November 19th, 1850, including  the famous  La Favorita by Gaetano Donizetti. The young Queen named the veritable new structure, Teatro de la Opera.
Madrid’s Teatro Real is recognized as one of the many prestigious opera houses in the world. Teatro Real had the honour of receiving Verdi when he visited Madrid in 1863, when  the Spanish premiere of his La Forza del Destino took place and the Ballets Russes of Diaghilev made a debut performance in the Teatro Real with the presence of Nijinsky and Stravinsky.

When Queen Isabel II gave the Royal Order in May 1850 to complete the theatre, the building works have been finished in just five months! Between 1867-1925, the Teatro Real has been the perfect house for the Madrid Royal Conservatory. Because the building was deteriorating, the Conservatory was discharged and the preservation works started, but this stagnated because of the outbreak of the Civil War. In 1965 further renovations were made and in 1966 Teatro Real reopened as a concert theatre and the most important concert venue of the Spanish National Orchestra and the RTVE Symphony Orchestra. The 14th Eurovision Song Contest took place at El Real in 1969 and there was designed a metal sculpture on stage which was beautifully created by Salvador Dalí.
But still there existed controversy related to the main purpose of the building and eventually it was taken the decision to restore Teatro Real to its original style and grandeour and to find it as an operatic venue. In 1997 Teatro Real was officially opened to the public as Madrid’s opera theatre with a fluffy ceremony attended by the King and Queen of Spain. The first program performed in the structure after the official reopening was Manuel de Falla’s El Sombrero de Tres Picos and La Vida Breve.
The Madrid Opera House hosts around 17 opera titles annually ,including also some ballets and recitals, that make a really fantastic amosphere. The Orquesta Sinfónica de Madrid is the resident orchestra here.  Annually its New Year’s Gala Concert is distributed live in all Europe through ARTE, the cultural Franco-German television station. Madrid's Teatro Real relates a long and rich musical history.

By the late 19th and the early 20th centuries, Teatro de la Opera regarded the reputation as one of Europe's best opera houses. The structure became famous due to the performances of operas by Verdi and Wagner and also for musical performances of amazing works by the 19th century composer Igor Stravinsky. The Russian ballet took place there on a regular program as well. Located perfectly on the Plaza de Oriente, all the most famous European opera singers, specific to the 19th and early 20th century appeared on stage at this splendid theater and, for many decades, the incredible opera house was at the center of cultural scene in Madrid.
By the 1920s, the neo-Classical style Teatro Real had faced some serious troubles. In 1925, engineers determined that the building was in danger of collapse, because of the infiltration of ground water. It was closed  and the renovation project lasted more than four decades, but the theater was finally reopened in 1966, acting mainly as a concert hall, while the opera performances were organized  in the Teatro de la Zarzuela. When it was opened a new concert hall known as Auditorio Nacional, at the end of 1980s, the direct way was paved for Teatro Real and once again it became the sweet home of the Madrid's opera scene. After that it was closed again in 1988 for important renovations and reopened in 1997 with much acclaim.
Depicting the stylish décor of 19th century Spain yet with several modern amenities, the Royal Theater represents a marvelous place to experience the best opera or ballet. For music lovers  the theatre provides a great selection from a full season of musical offerings.
Many people consider the veritable theatre to be one of the finest stages in the world for opera with ideal acoustics, offering a pleasant atmosphere where to listen just excellent concerts. Nowadays the Teatro Real Madrid is home to the Compañía del Teatro Real, which are specialised in opera, they organize also ballet on occasion. They regularly work with most of Spain's leading talent in opera, such as world famous names, for example Plácido Domingo. The theatre has also become a remarkable venue for enchanting performances of classical music. There are organized daily tours of the Teatro Real. It  also includes a fascinating museum to explore. This is a marvelous destination, veiled in mystery, relating many important events that marked its rich and glorious history. The guests can delight their ears and eyes with spectacular performances, making it a notable opera house, where to enjoy lovely moments, relaxing and listening to the majestic music. The interior is absolutely wonderful, relating a great style, with dramatic ambiances, ideal for a tranquil visit. Do not hesitate and enchant your soul with famous artist’s works, and you will never regret for choosing this theatre, while in Madrid.
Sponsored Links

Write your Review on Teatro Real In Madrid and become the best user of Bestourism.com

Maps of Teatro Real In Madrid 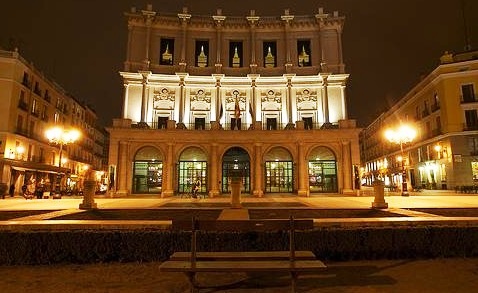 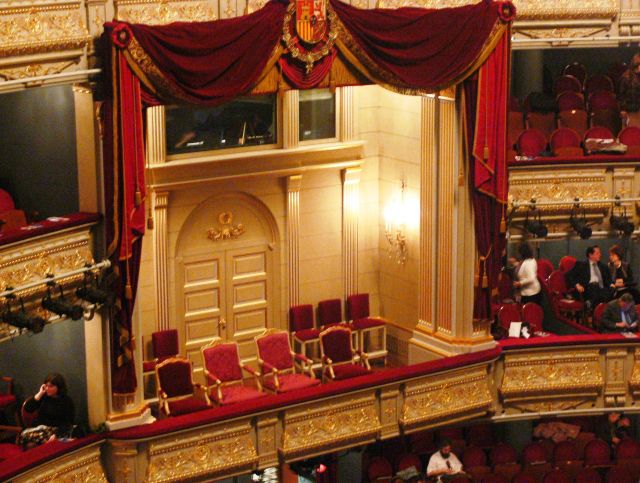 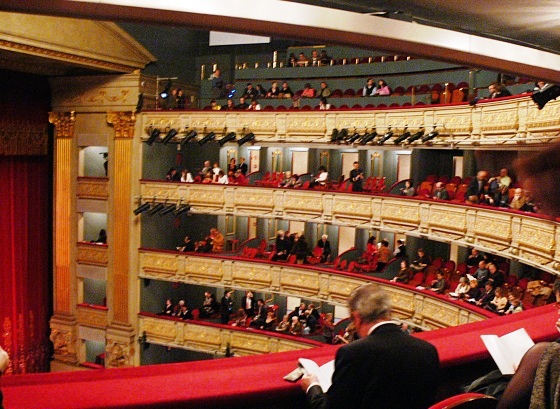