World Tourism / The Most Impressive Geysers on the Earth / The Excelsior Geyser, Yellowstone National Park


Geysers are wonderful, impressive phenomena, but rare . They can be seen in a few places on the planet. One of them is the Yellowstone National Park in the U.S.A. Geysers and springs are not concentrated in one place. They are scattered on a fairly large area and form complexes attractions.

About the Excelsior Geyser

The Excelsior Geyser is a hot spring gushing at 93 ° C 1 located in the Yellowstone National Park , delivering 15 000 to 17 000 L 2 highly mineralized water per minute. Excelsior is the fourth largest geyser in the world. It is able to throw out a fountain of hot water to a height of 100 m. It is considered one of the wonders of the Yellowstone Park. Its uniqueness is that it is located in the heart of a lake with steep rocky shores. Until 1890, it was a geyser up to 91 active meters, and a collapse of the fireplace transformed it into a simple hot spring. From the 14 to 16 September 1985, it erupted again, reaching 9 meters high on average, for a period of 2 minutes at intervals of 5-66 minutes.

Excelsior formed in the center of a picturesque lake, at almost 100 feet up clouds of steam enveloped the fountain of hot water. Once it was very "ripped", leaving a large crater, which is now quietly smoking. If we consider that it is filled with colored, unreal water , the sight of it is impressive. Even during the rest, the geyser water surface of the lake is worried for there is a swell. Clouds of steam are often seen above the lake. Suddenly from the center of a quiet lake ,just up the stream of water, you can see a small height. As you climb higher and higher there is amplified hum and noise, ringing, it seems, from the ground. Suddenly the whole lake, as it was, flies in the air in the form of a huge column of water, with a diameter from 8 to 10 m of the vapor cloud envelop the fountain and climb to an altitude of 300 m.

The eruption is accompanied by a roar and a whistle. The underground explosions are heard , your feet are trembling. Stones are rising in the air from the bottom of the lake. There are other, smaller, high jets of water too. All active geysers place gradually enveloping the tight pairs. This continues for some time, after which all these phenomena are gradually reduced. The stones fall to the ground, the explosions become quieter and finally disappear altogether. Thunder, thunder whistles gradually subside. The jets of water are losing their height, then all stop and start the period of rest. It's frightening, but the beautiful phenomenon of nature cannot always be seen. Excelsior erupts infrequently. The last eruption happened a few years ago.

Write your Review on The Excelsior Geyser, Yellowstone National Park and become the best user of Bestourism.com 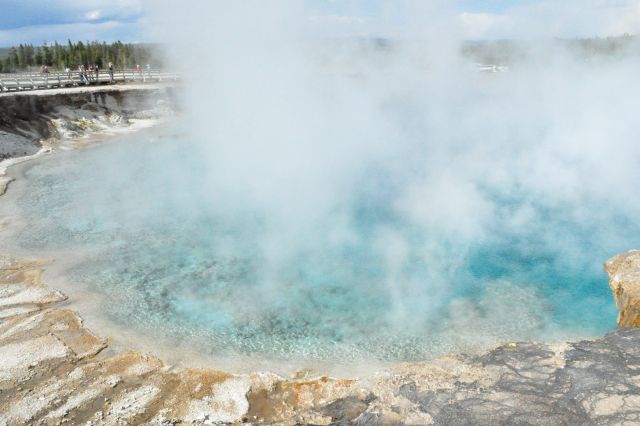 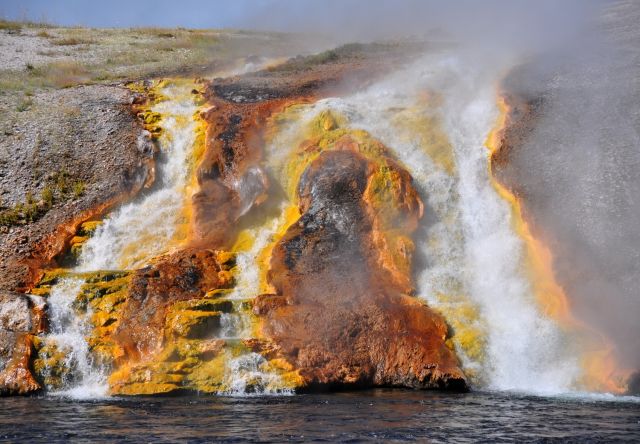 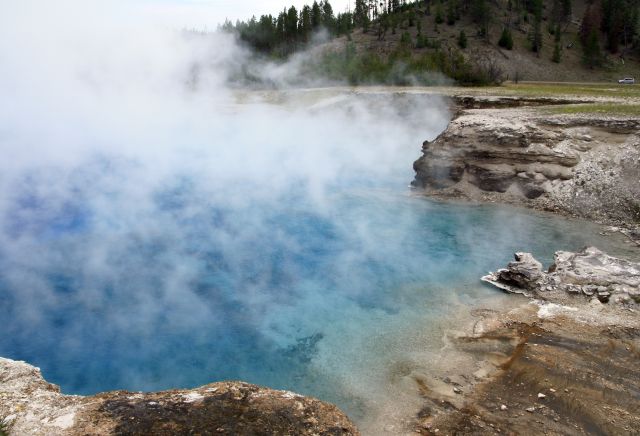 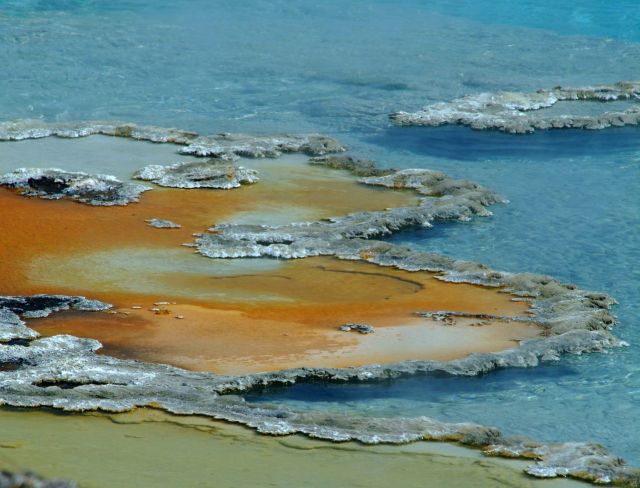 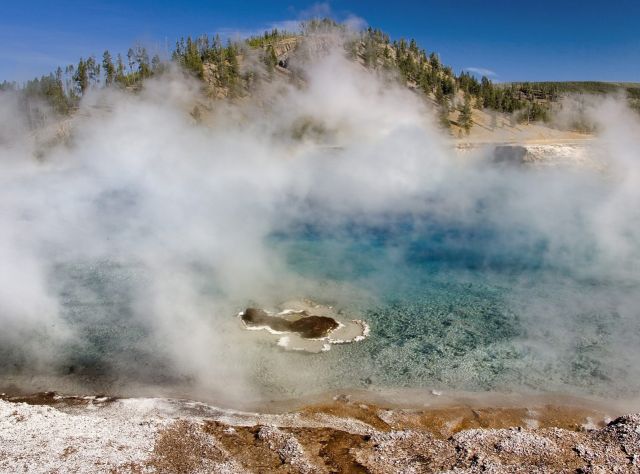 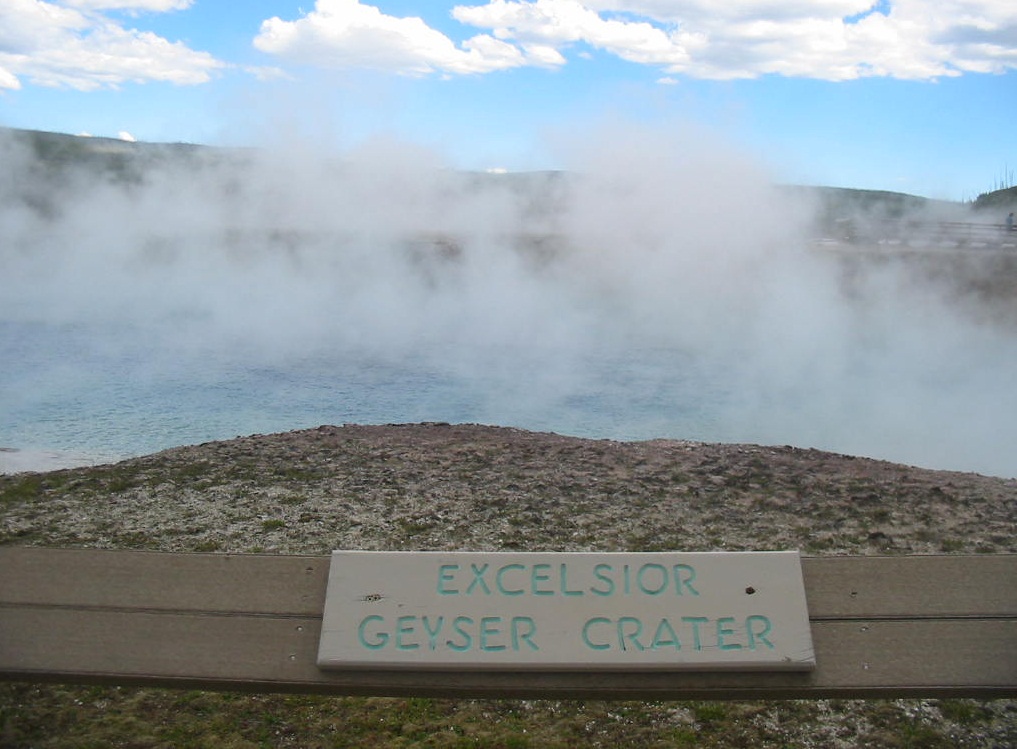 The Excelsior Geyser, Yellowstone National Park - The crater of the geyser