Unearthly landscapes in a cloud of smoke and steam, yellow-green, purple, yellow-brown colors of the soil water… At 27 km south of Rotorua is a volcanic area: Wai-o-Tapu. Wai-O-Tapu - (translated from the Maori language means "holy water"), a region with high geothermal activity in the south of the volcanic center Okataina, north of Rotorua, the Taupo volcanic zone in the North Island of New Zealand. There are many scenic hot springs and the famous geyser Lady Knox in the region. Since ancient times the area of Wai-O-Tapu is popular among tourists. Since 1931, the territory is under protection, but it remains partially a tourist attraction, operating under the name " The Land of the geothermal wonders of the Wai-O-Tapu” . The natural geothermal complexes located throughout the city offer a variety of recreational programs that are based on hot springs and mineral waters. Picturesque forest slopes, rich in fish lakes and rivers, green valleys make this region attractive for lovers of trekking, hunting and fishing. You are encouraged to visit the Wai-o Tapu and the Rotorua district for both tourist and for therapeutic purposes. There are hundreds of hot mineral springs, among which are sulfur, sodium, iodine, which are of essential value.

The well-known geyser, Lady Knox was named after Lady Constance Knox, the second daughter of Lord Renfarli, Uchter Nox the 15th governor general of New Zealand. The geyser erupts at 10.15 a.m. every day, it reaches a height of 20 meters and it can last for an hour or so, depending on the weather.

Long time ago there was a prison in this area, and somehow the prisoners decided to wash their cushy pants in some water. It was then, when the soap got to the source and it had a strong chemical reaction and erupted. The visible part consists of rock formations that lie at the base of the source. Silicon, accumulated over many years during the eruptions, forming a light cone tip geyser. As the geyser was discovered only at the beginning of the XX century it has no name in the Maori language as the other geysers and sources in the region. There are two water chambers inside of the geyser: the lower, hot water, and at the top, cold. The water in the upper chamber is cooled by interacting with the air outside, and the high temperature in the lower chamber is maintained by volcanic activity. Adding soap to the mouth of the geyser causes that the water from the two cameras is mixed (as the friction surface of the water drops the two cameras) and erupts. In the Wai-O-Tapu in 1901 was built the first open prison in New Zealand. It transferred the prisoners of good behavior from other prisons located in the nearby area of the Rotorua Lake. Those prisoners opened the Lady Knox geyser, as well as its ability to cause the eruption by the addition of soap. Artificial eruption was produced by accident, when people first decided to wash their clothes in the hot water of the geyser.

"Holy Water", Wai-O-Tapu , so called Maori this geothermal area, formed by volcanic activities thousands of years ago. This looks a bit boring: lifeless smoking craters in the frame of sickly gray-brown vegetation. But those who come inside, expect miracles. The Lady Knox Geyser is located near the main area, opened to tourists. Anyone who has visited this geyser erupting daily at 10.15 am, can listen to a short entertaining lecture on how this geyser has been detected, and the origin of its name. All this information can be found according to the guide, and interesting fact is that the geyser was named after the daughter of the governor, not because contemporaries were fascinated by her incomparable beauty, but because the lady was smoking, "she smoked like a horse" or as this geyser. Whatever it was, the Lady Knox geyser is adorable! After our tour guide put it in a small bag with soap and water, from the vent for a while crawling thick white foam, and then rushed into the blue sky high jet of cool water. Sometimes the wind demolished fine water spray to tourists, but the chemical composition of this source is harmless to the skin, so no one objected to a few drops of a cold shower.

Crossing the creek at the entrance to the hot reserve in Wai-O-Tapu and some time you might go by the black stinking crater. They look sinister and picturesque: a concrete-gray, dark gaps of different depths, steep walls, sometimes covered with crystals of sulfur, boiling water at the bottom and the constant smell of hydrogen sulfide around. This is a somewhat gloomy spectacle with a predominance of black, dark and dirty grays. And then the real beauty and wonders begins. The artist's palette shocked the imagination of the size and extraordinary. It was a giant multi-colored terrace, covered with a thin layer of steaming water and scenic spots of bright minerals. Against the background of a piercing blue sky boiling and bubbling craters, the geysers and the hot springs of Wai-O-Tapu look particularly picturesque and impressive.

Write your Review on Lady Knox Geyser, New Zealand and become the best user of Bestourism.com 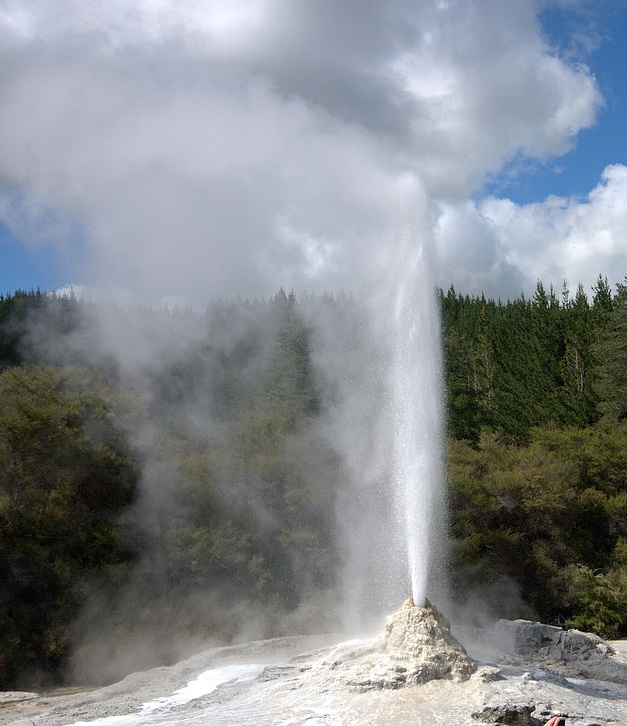 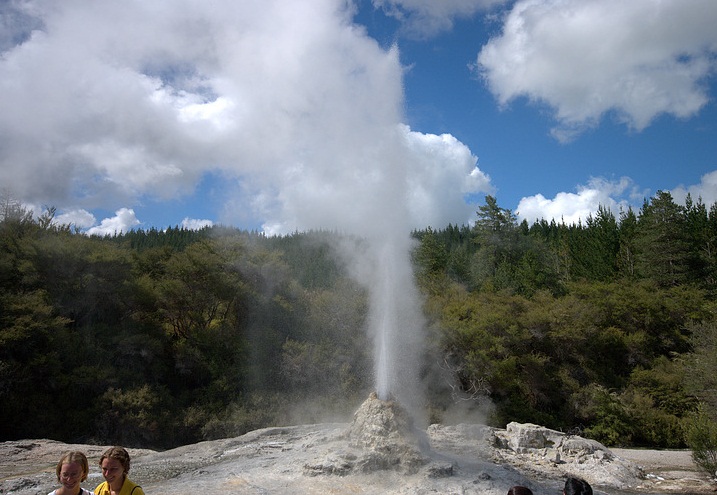 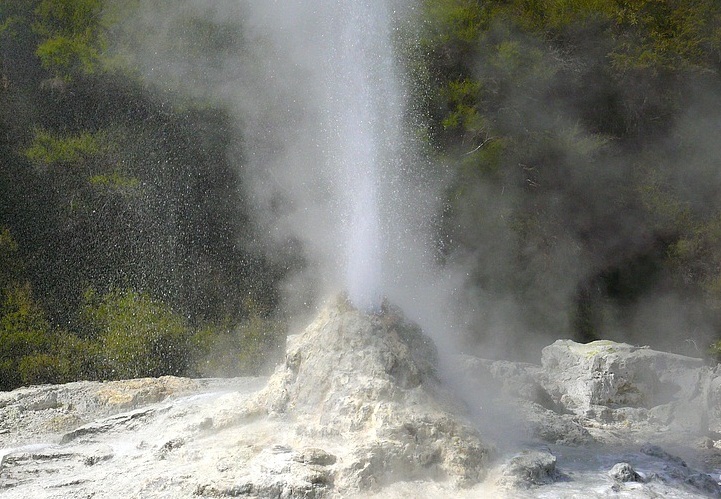 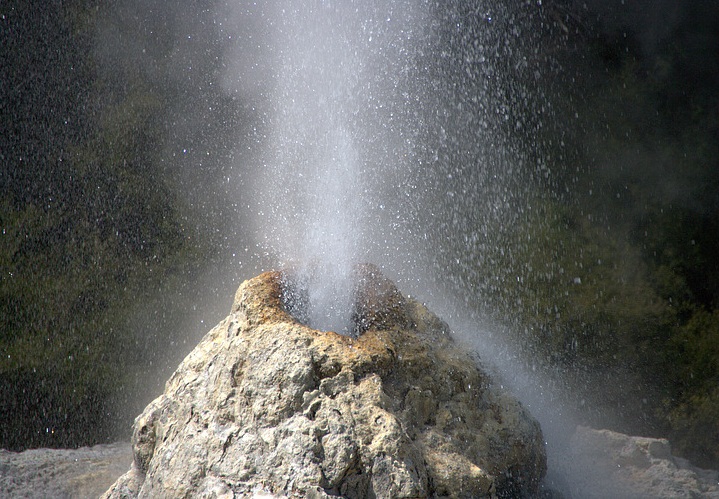 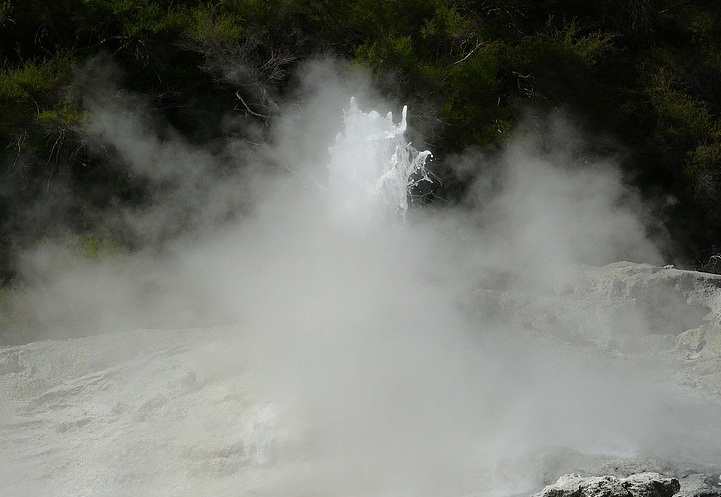 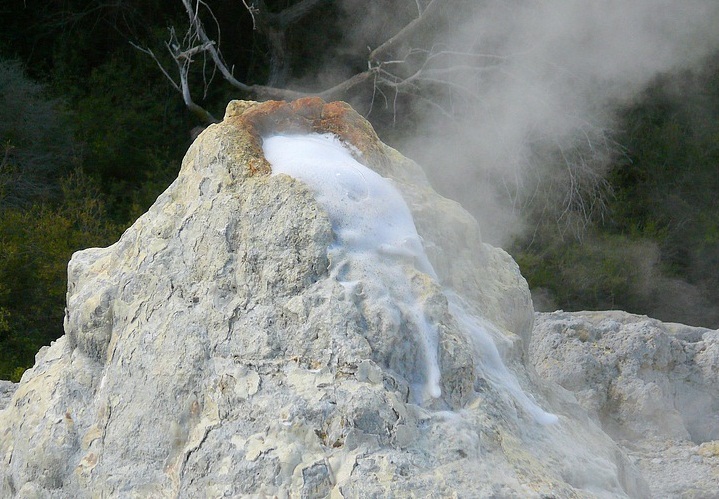 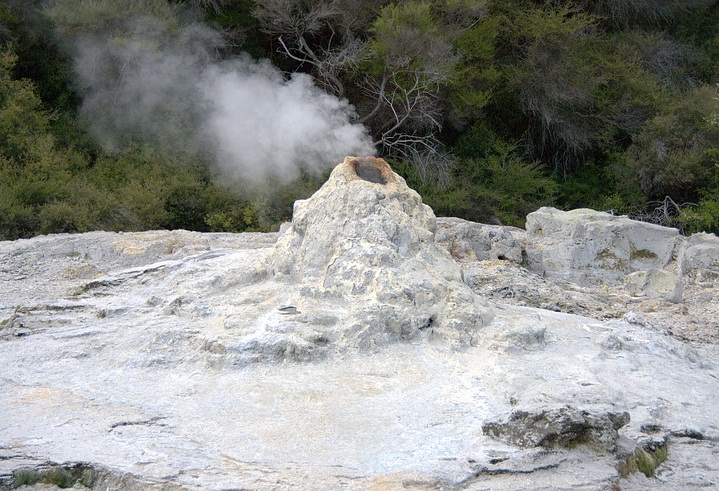 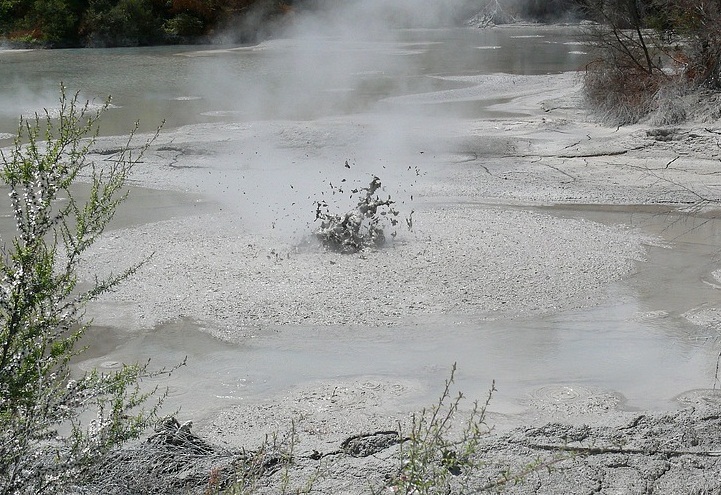 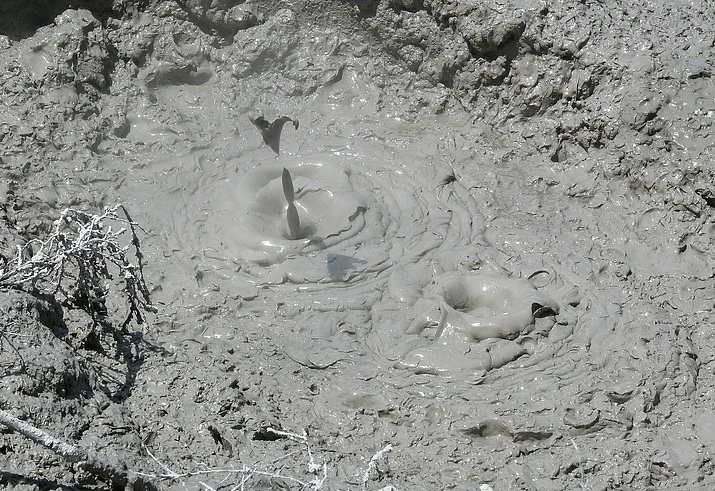 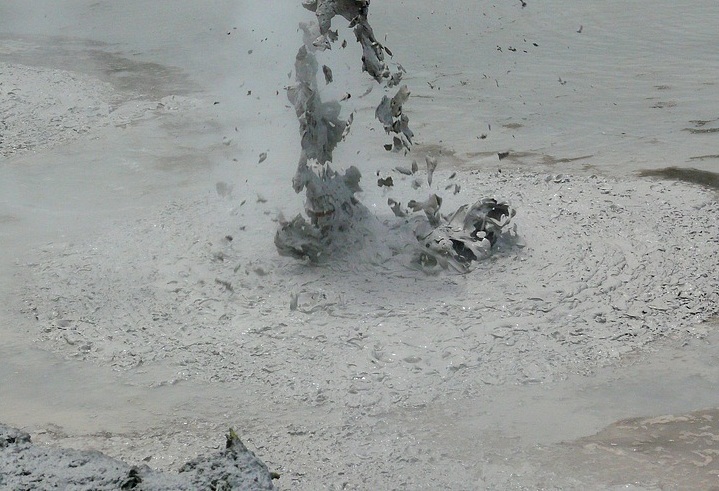 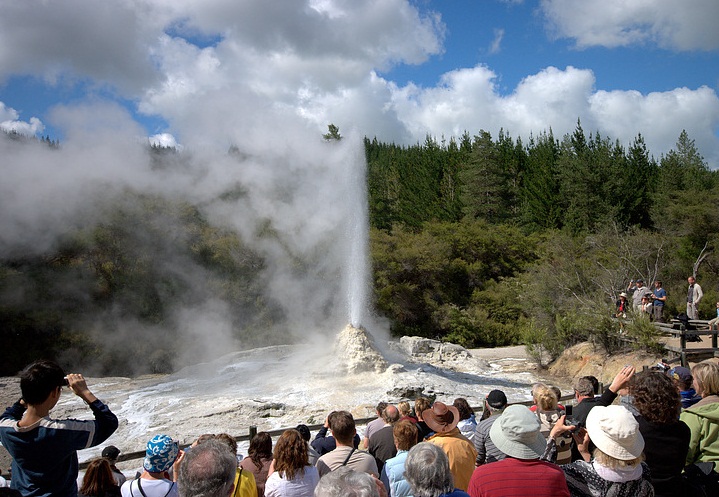 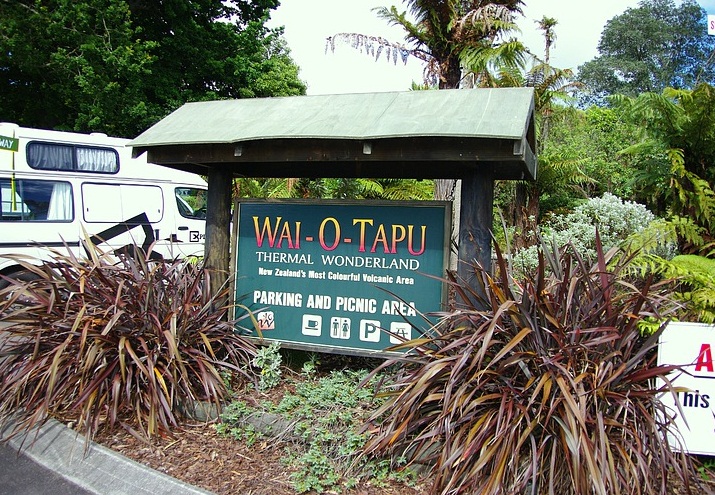 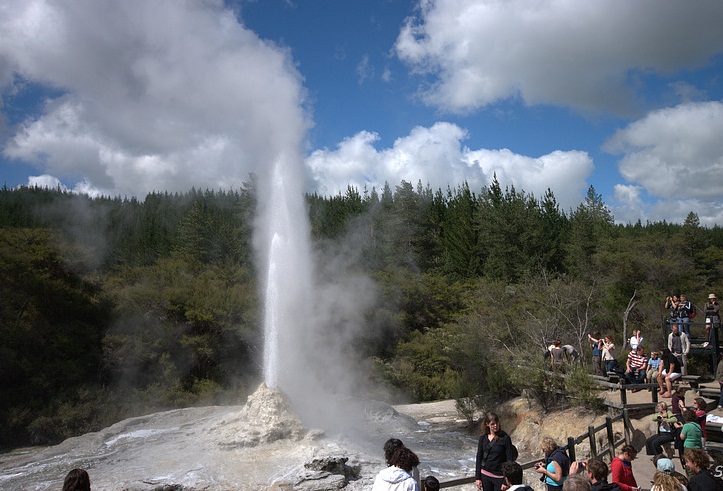