The Bolshoi Theatre is one of the largest theatres in Russia and one of the biggest opera and ballet theatres in the world. The complex of theater buildings is located in the center of Moscow, on the Theatre Square.

Initially, it was a state-owned theater, which together with the Small Theatre made the single Moscow troupe of the Imperial Theatres. From time to time the status of the Moscow troupe was changing: it passed under the authority of Moscow governor-general, then again under the Directorate of St. Petersburg. But it went until the 1917 revolution, when all property was nationalized, and the Small and Bolshoi Theatres finally were divided. The whole history of the Moscow theatre culture was associated with the Bolshoi Theatre for many years.

The history of the theatre begins in March 1776 when the provincial prosecutor, the Prince Peter Urusov received the highest pleasure of the Empress Catherine II to control any kind of theatre presentation, concerts, the casino and masquerades. He started the theatre construction, which was named Petrovsky because it was located on Petrovka Street. The theatre of Urusov burned down before it was opened, and the prince handed the business to his companion, the English entrepreneur Michael Medox. He built the Bolshoi Petrovsky Theatre. Medox Petrovsky Theatre was opened for 25 years. The building burned down on October 8th, 1805. The new construction was built by Carlo Rossi on Arbat Square. It was made of wood. It burned down in 1812, during Napoleon's invasion.

In 1821, the theater construction began on its initially location by the architect O. Bove. But this building also burned down in 1853. However, the building was rebuilt and restored several years later. And it is now considered one of the best examples of Russian classical architecture. On the theater pediment the emblem of Russia, the double-headed eagle, was installed. The theater became known as the Imperial and Bolshoi. For a long time, the theater served as one of the major places of entertainment in Moscow.

The theater was reconstructed during the recent years. The building appearance was not changed, but the building itself was deepened and strengthened in the ground. Recently, the theater re-opened its concert facilities to the public. The facade restoration is planned for the future. Recently the theater got back the restored unique "Vase with parrots". It is a porcelain jar of half a meter, decorated with exotic plants and birds.

The theatre includes the ballet and opera troupes, the Bolshoi Theatre Orchestra and the brass band. The initially theater troupe consisted of thirteen musicians and nearly thirty artists. At that time the theater had no concrete specialization. The dramatic actors were involved in the opera, and the singers and dancers participated in dramatic productions. By 1785 the troupe grew to 80 people, and continued to increase, reaching the number of 500 people at the beginning of XX century. By 1990 they were more than 900 artists. The Bolshoi Theater actors, artists, directors, conductors, not counting the public admiration and gratitude, they awarded many times different recognition marks by the state.

More than 800 plays were shown during the existence of the theater where they were delivered of. The first production created by the theater troupe was the opera “Rebirth” by D.Zorin, in 1777. Great success had the premiere of "Miller - a sorcerer, a deceiver and a Matchmaker” by Sokolovsky in 1779. During this period the theater's repertoire was quite colorful: the operas of Russian and Italian composers, the dance scenes from Russian folk life, ballets, divertissements, and plays on mythological subjects. Currently, the Bolshoi saved many of the classic opera and ballet performances, but the theater strives for new experiments. In the field of ballet plays "Bright Stream" (2003) and "Bolt" (2005) by Shostakovich are produced. The producers that gained the world fame as dramatic producers or directors were invited to work on these plays. The theater troupe works on cleaning the modern version of plays and return their original version.

The Bolshoi Theatre was and remains one of the important elements of the Russian culture and its nation. The Bolshoi Theater complies with this title only if with continuous and rapid artistic growth, based on all development factors: internal and external, traditional and modern, domestic and foreign. As the history of the world musical theater proven, rapid and sustainable development of the theater happens only when it creates and displays new high artistic quality productions, comparable with the performances of the best world music centers. This requires new ideas and new approaches to creativity, and a new level of shows technology. Every tourist that visits Moscow comes to see this great theater. And, although it is closed it remains one of the most important tourist attractions.

Write your Review on Moscow Bolshoi Theatre and become the best user of Bestourism.com 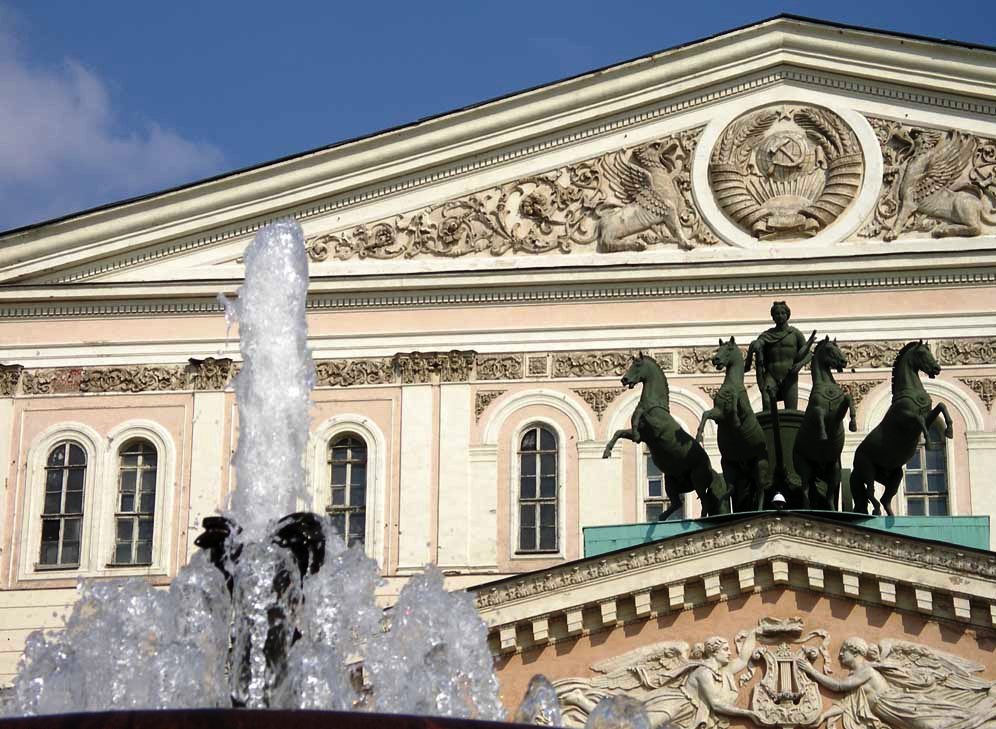 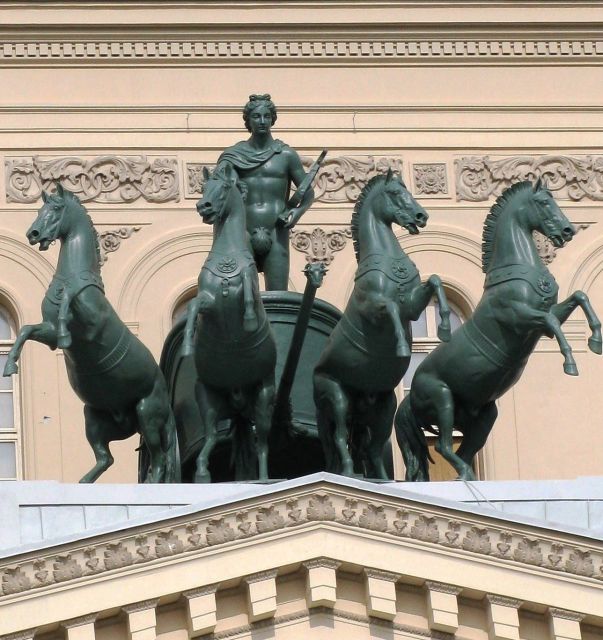 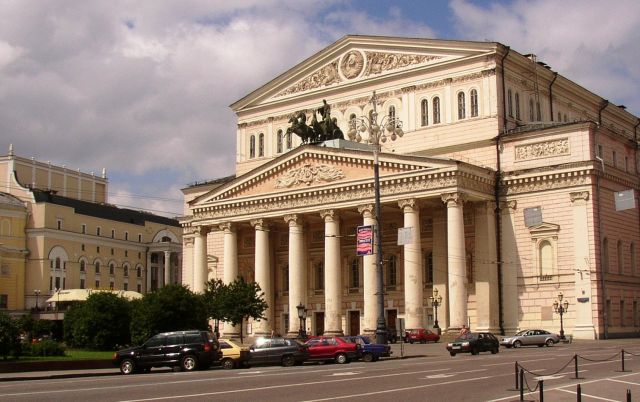 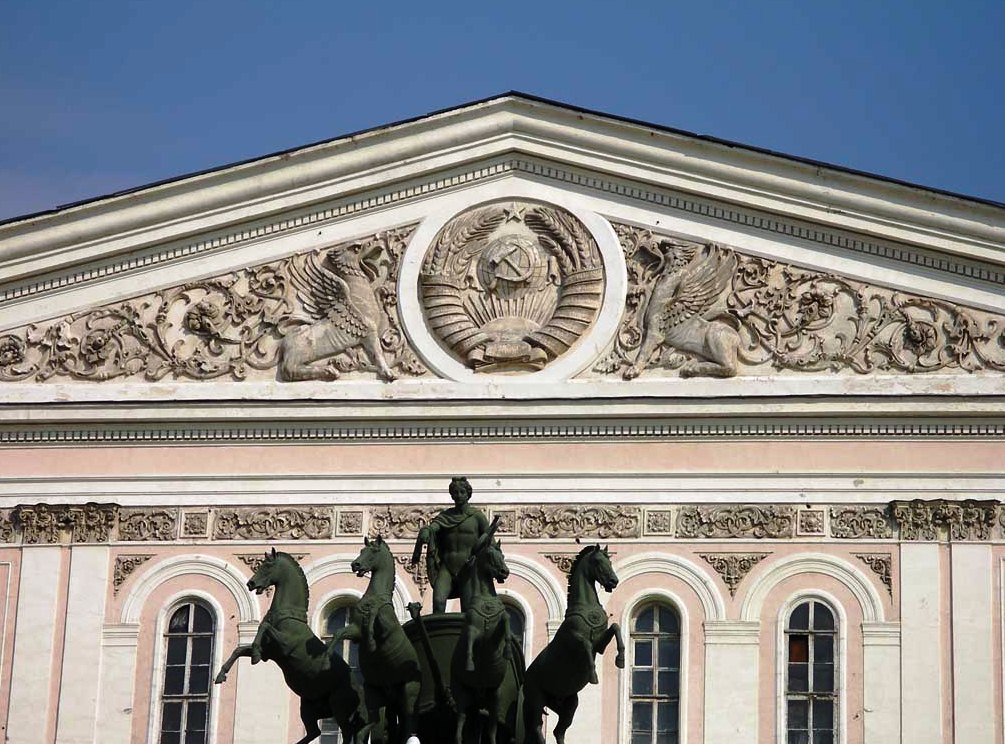 Moscow Bolshoi Theatre - The theatre inside