The Device to Root out Evil


"The Device to Root out Evil" is a sculpture created by Dennis Oppenheim in 1997. It is an 8 foot village church in the English new style, with the roof spiked into the ground.

The statue is made of transparent red Venetian glass and steel. The steel shines in the daylight during a sunny day. After the sunset the church is illuminated from within. The glass glows with red and the steel gleams. But the main thing is certainly not the inner glow but its appearance. To build an upside-down building is a rather interesting trick. This method allows you to look at the familiar, standard structure upside down. This helps you to refresh your understanding, its role and function.

Initially the project was called simply "the Church". But then Oppenheim felt that his work may cause too many conflicting feelings, churches protests and religious people, so it renamed as "The Device to Root out Evil" in order to prevent the negative connection. Most of the audience associates the upside-down church with the religious upheavals. The author thinks that the church roof spiked in the land is not blasphemous, but aggressively. The Church roof spikes into hell, just as the spear of Archangel Michael pierces Evil’s throat.

“The Device to Root out Evil” was demonstrated for the first time in 1997 at the Venice Biennale. And the criticism accepted very kindly the product. The sculpture migrated from Venice to New York. But the rural church proved to be too volatile for a city. After that, the sculpture was installed in the courtyard of the Stanford University, California. But the administration started to fear of potential scandals, because the sculpture represents an inverted church. The administration announced that the Device to Root out Evil did not fit the university.

The administration of Vancouver, loving and appreciating everything that is modern, bought the sculpture for three thousand dollars. The device was installed in the Harbour Green Park, on the waterfront, in 2004 set. The "Church" has caused a lot of controversy in Vancouver. It was decided to remove the sculpture from the city after a short period of time. Many Vancouverites were sorry about it and said that they will miss this device. The residents of Calgary gladly seized the opportunity to acquire the world famous masterpiece. “The Device to Root out Evil” found its home in the quiet town since 2005.

Don’t try to imagine how an upside-down building looks like. Visit Vancouver and feel like you are in the sky and not on the ground.

Write your Review on The Device to Root out Evil and become the best user of Bestourism.com

Maps of The Device to Root out Evil 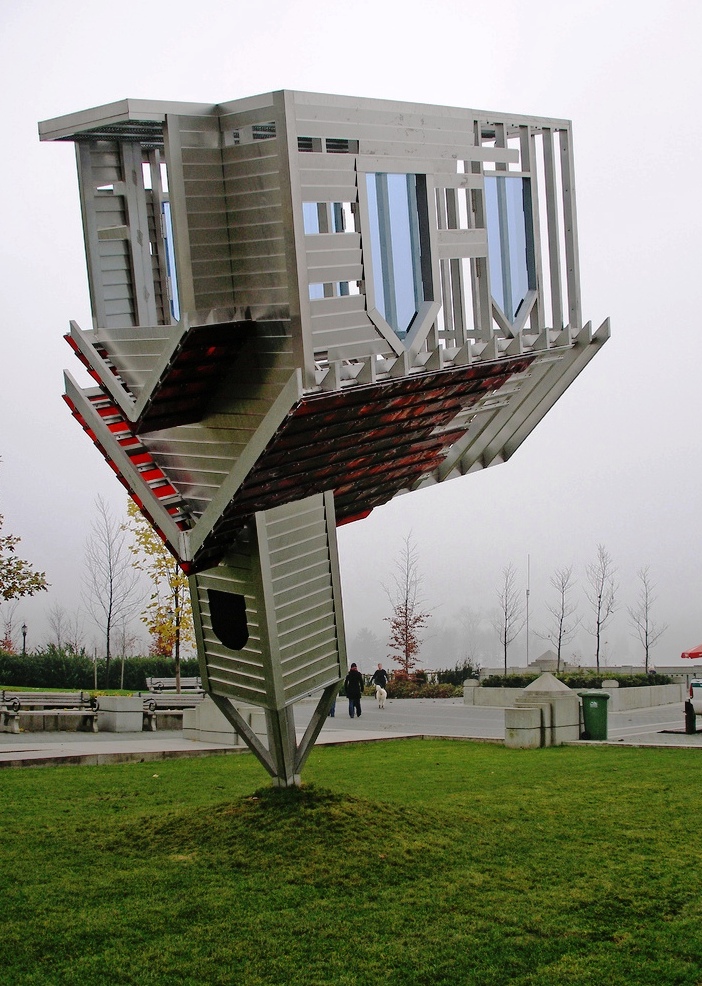 The Device to Root out Evil - A modern sculpture 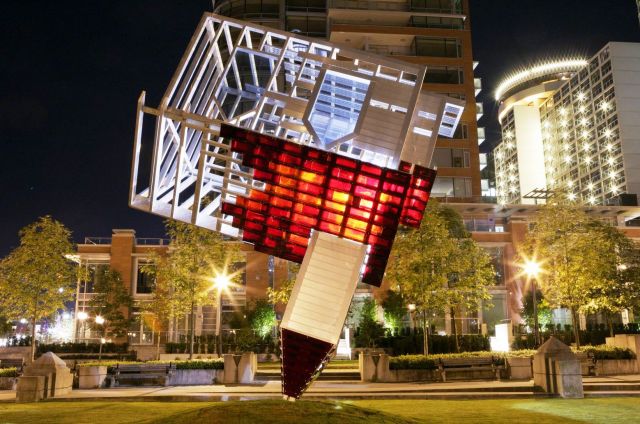 The Device to Root out Evil - An upside-down building 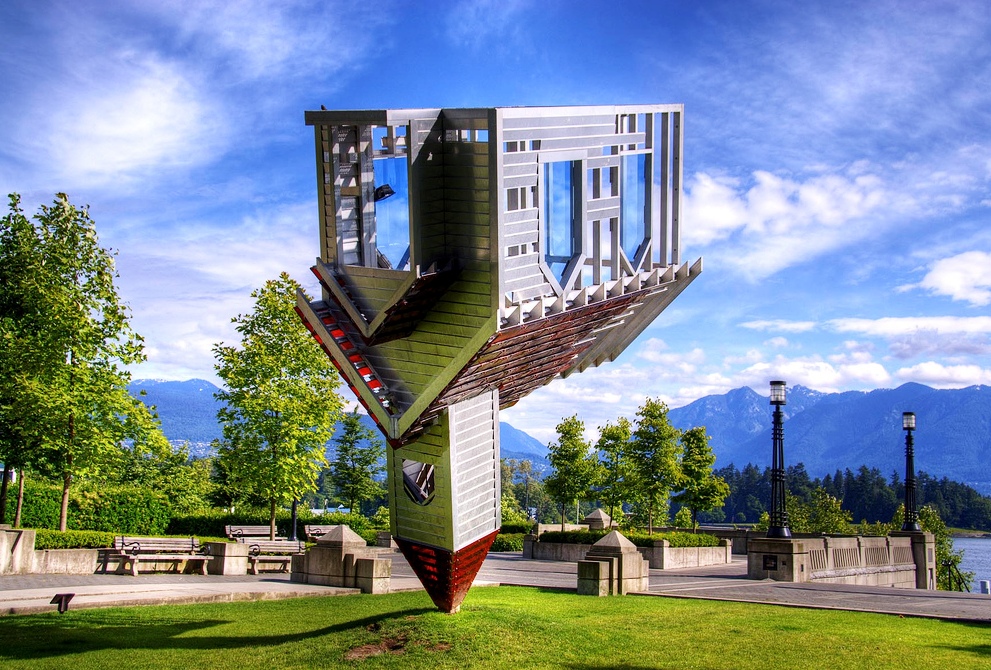 The Device to Root out Evil - A glass statue 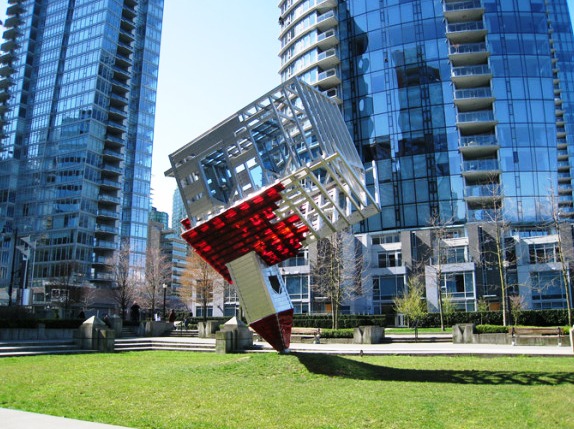 The Device to Root out Evil - An upside-down church

Video The Device to Root out Evil