The Statue of a Man hanging by one hand


In Prague, in the Old City, at the intersection of the Gusov and Skorepka streets, holding with one hand to a horizontal mast fastened in the wall a sculpture hangs. It represents a figure of a man in full view. The figure is at a high altitude, 15 meters above the ground. An untrained passerby, especially if it is dark, can easily take it for a real person.

"The Hanging Man" or "The Suspended Man" is a sculpture of glass depicting Sigmund Freud. The creator of this statue is the sculptor David Black.

David Black is one of the best known contemporary Czech sculptors, the author of controversial works that combine humor, provocation, social and political satire. The works of David Black often evoke harsh public criticism, however, a number of his works, set in Prague, received wide acclaim and became one of the spectacular sights of the Czech capital.

According to a version, the statue of a man hanging by one hand symbolizes the situation of a person who needs to make a decision. There is another point of view, namely that the author wanted to show the isolation of the intellectuals from the common people. "The suspended man" is a popular creation exhibited not only in Prague. It was also displayed in London, Berlin and Stockholm.

There are two reasons why Freud was chosen as the hero of this controversial image. Firstly, this famous psychoanalyst was the sculptor countryman. He was born in Freiberg, Moravia in the small town which is now part of the Czech Republic. Secondly, Sigmund Freud was one of the people whose lives are overgrown in many legends and he himself was and remains the target controversy.

In order to enjoy all the emotions that a man can feel having a man hanging under his head, you have just to go to Prague and visit this amazing sculpture. Stand under the sculpture and think about your existence and life.

Write your Review on The Statue of a Man hanging by one hand and become the best user of Bestourism.com

Maps of The Statue of a Man hanging by one hand 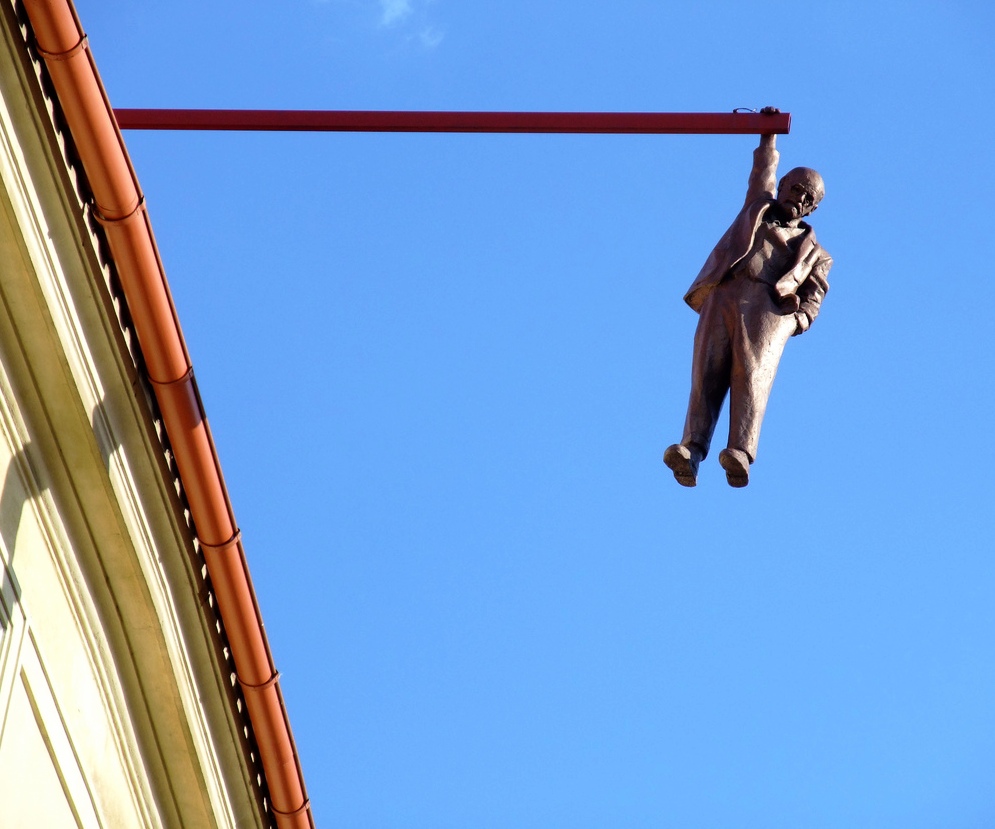 The Statue of a Man hanging by one hand - Amazing sculpture 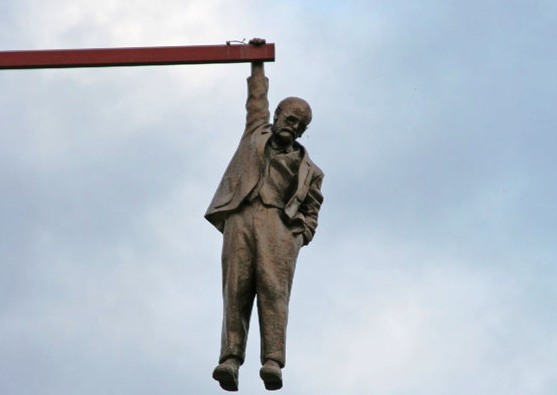 The Statue of a Man hanging by one hand - Sigmund Freud 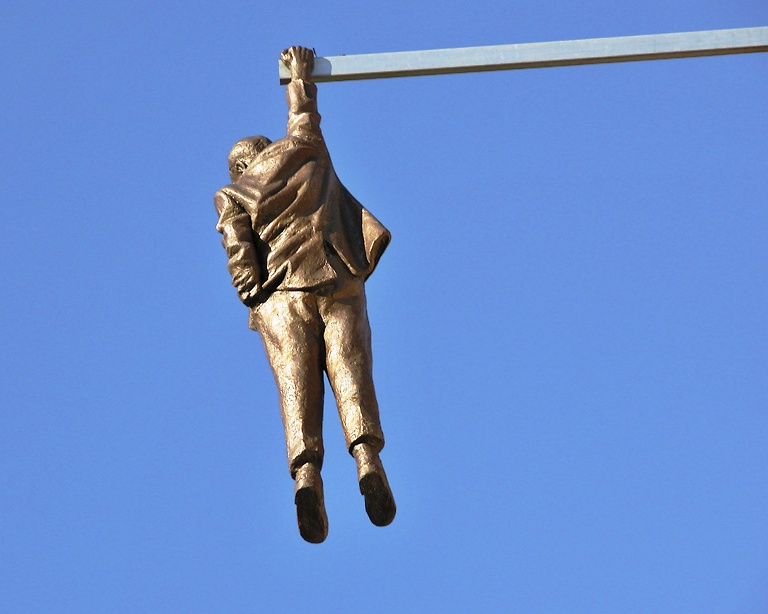