World Tourism / The Strangest Sculptures in the World / The Toad monument


An unusual toad monument was established in Kiev, on May 30, 2010, on the city day. This is the third monument dedicated to the toad on the territory of the Ukraine, but these one has a secret. The toad is 4 feet tall and 6 tons weigh. Its size is staggering, but it was designed and provided in advance. It is in fact not just a monument, but also a kind of piggy bank.

All monuments have a tradition to throw a coin in order to return to the same place or to make a wish. So, according to the idea of the sculptor Oleg Pinchuk, the toad has a huge bucket inside which reaches all the coins thrown by the tourists. And when the bucket is full, the mechanism works like a machine in the casino and the tourist gains a kind of jackpot. And since the tourists come from different countries, the lucky winner will have many different and rare coins. The monument is made of bronze and costs about 180 thousand dollars.

Such an unusual monument is a great attraction, because people are reckless. It is noteworthy that not only tourists want to get the jackpot. Local people also occasionally toss a coin. It will be soon a year since the monument is installed, but the bucket never betrayed its content, so the excitement and tension is increasing day by day.

Write your Review on The Toad monument and become the best user of Bestourism.com

Maps of The Toad monument 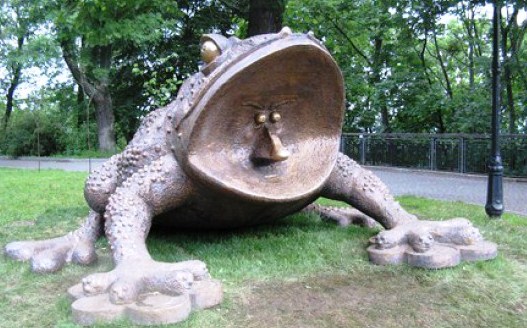 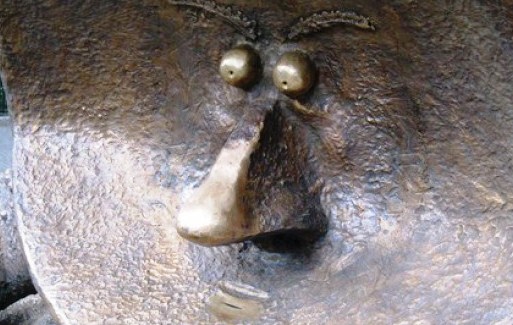 The Toad monument - A funny monument 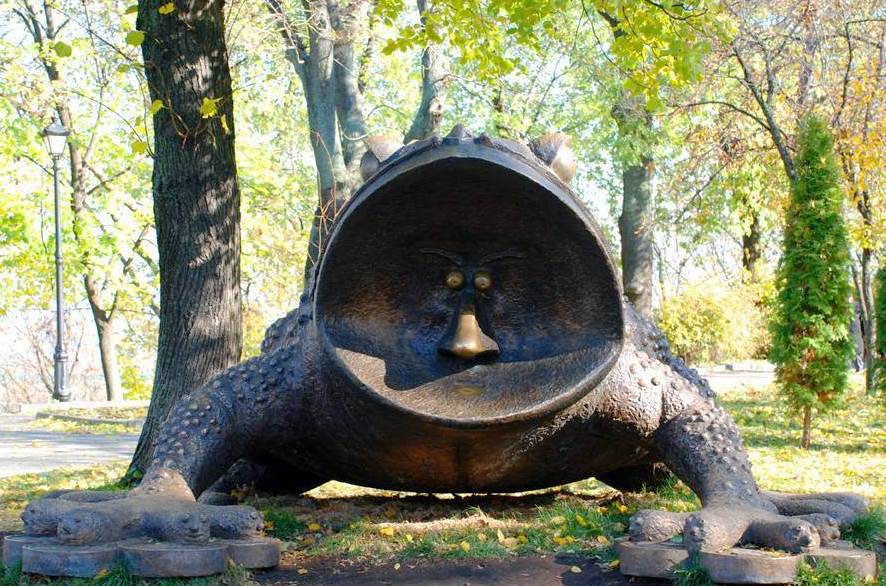 The Toad monument - A piggy bank 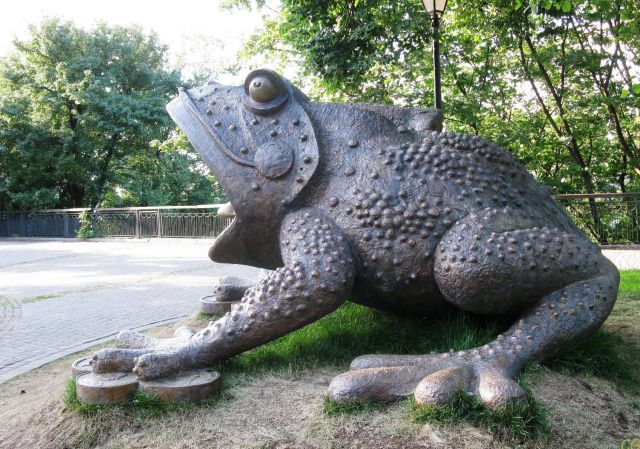