A monument to the Chizhyk-Pyzhik was installed in St. Petersburg on November 19, 1994. This is one of the smallest sites in the world.

The monument represents a small bird standing on a small pedestal. The singularity of this monument is that it is installed on the reverse side of the embankment. The unusual monument is loved by the local people and tourists. Two traditions appeared gradually. The first is a tradition to throw coins on him, hoping that it will remain on the pedestal and in that case a wish can be made. The second tradition - a couple arrives, and the newly-born husband pulls on the string a glass of vodka and tries to clink the glass with the bird’s beak. If the glass does not break, and the vodka does not spill, then everything will be okay in the family. But this is not an easy task, as the small statue is 11 inches high and 5 kilograms weigh.

The legend of the statue

But in fact, the monument gained the fame not for the similarity with a bird. It became popular due to the legend of its appearance. A School of Law was located on the opposite side of the river Fontanka in 1835. The students there had their own specific uniforms: their uniforms were of yellow-green color, and they had reindeer-fawn hat. They used to go to the pub, located next to the college and drunk a lot of alcohol there. That’s why all the students from this school were called Chizhyk-Pyzhik. During the festival of humor "The Golden Ostap" in 1994 it was decided to perpetuate the old hero of urban folklore. The project of one of the smallest monuments in St. Petersburg, and perhaps in the world was developed by the Georgian sculptor, painter and writer Rezo Gabriadze.

The small statue was kidnapped for seven times. The monument became quickly popular among tourists. It is worth to be visited because only here you can have a chance to make a wish that will become true if you throw a coin on the Chizhyk-Pyzhik pedestal. Don’t hesitate to see a wonderful statue and have one more wish satisfied.

Write your Review on The Chizhyk-Pyzhik statue and become the best user of Bestourism.com

Maps of The Chizhyk-Pyzhik statue 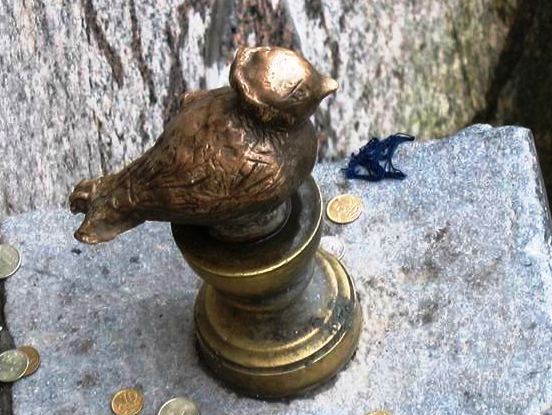 The Chizhyk-Pyzhik statue - A lot of coins 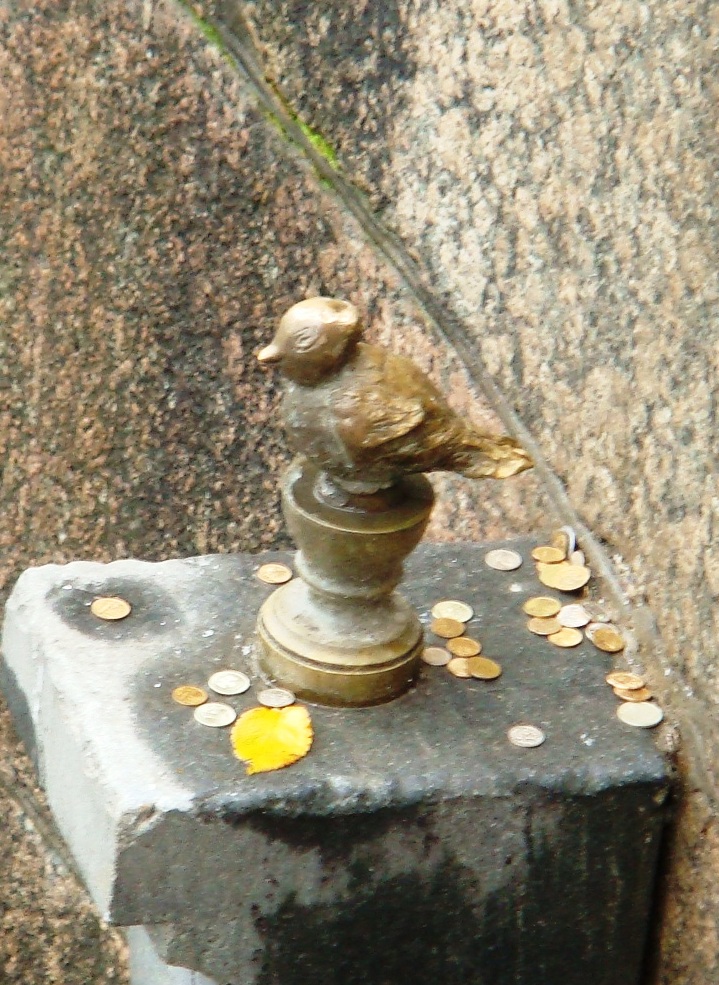 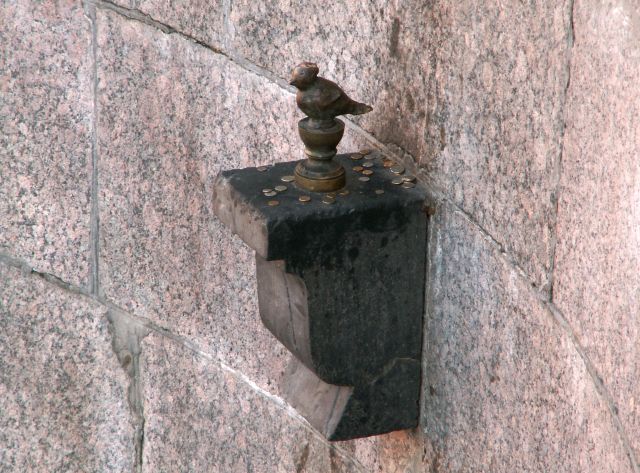 The Chizhyk-Pyzhik statue - A small bird 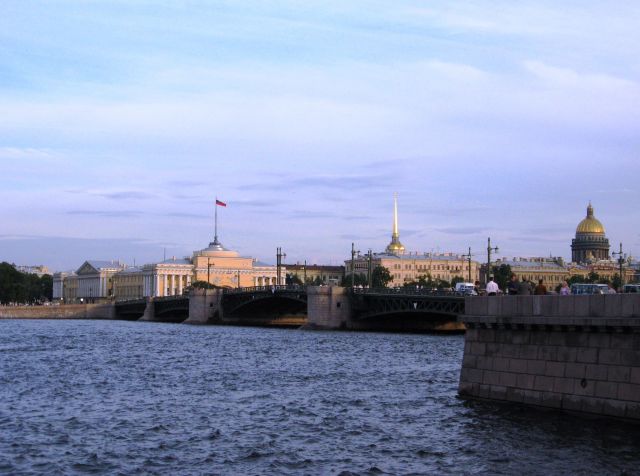 The Chizhyk-Pyzhik statue - The river Fontanka 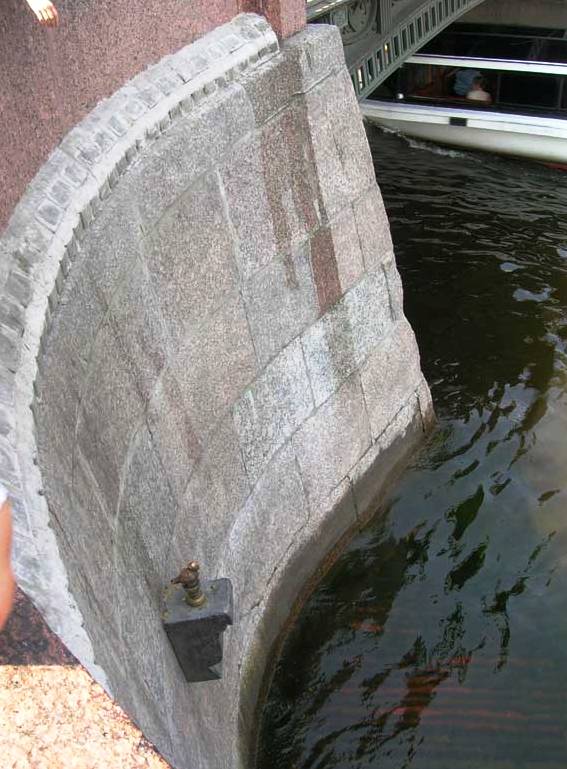