The Traffic Light Tree is eight feet high. It is found in the capital of England, in Docklands, at the intersection of Westferry and Marsh Wall Roads. For the first time it was seen in 1999. It is the element of the new urban art. Its functional role does not matter, because the island is located in the middle of the roundabout, between two ordinary trees. The traffic lights are switched by the controller Peek Traffic. The signals switching is also just an imitation.

It is the creation of Pierre Vivant. The tree consists of 75 traffic lights. Although it has just an aesthetic function, it also brings many benefits. The tourists, first time seeing this light, try to slow down going near it.

The origin of the monument is surrounded by a legend. Pierre Vivant often passed through Docklands. The intersection with a circular motion with sycamore trees in the center seemed to him particularly dull and uninteresting. Docklands, both residential and business district, was built on the site once the world's largest waterfront. It is actively constructed and reconstructed now. The whole architecture of Docklands is urban with skyscrapers in the business center «City». The artist decided to change the intersection, making a highlight in a dull urban landscape in 1995. Earlier he used in his art modern signs and symbols. He turned to the local administration with that suggestion. The administration didn’t like the idea, but an accident helped. One of the plane trees was cut down. In its place, Pierre Vivant was allowed to set his work of art. The design of the tree and its creation took 3 years. It was installed in 1998 on the same place where it stands now. The local administration set a mandatory condition that the tree should be similar to the natural plane trees, standing side by side. According to the author, his sculpture mimics the type of the plane trees, and the changing traffic lights symbolize the rhythm of the financial and the urban activity of the area.

The intersection with the Traffic Light Tree is considered by the British drivers the most interesting intersection of London. The sculpture quite realistically reproduces the structure of the wood. Each branch of the tree has leaves that are small traffic lights and flash with natural colors: red, green and yellow. These “leaves” are colored in bright life color in order not to be distinguished from the real vegetation.

The Traffic Light Tree blends surprisingly seamlessly with the surrounding landscape. Wandering distracted gaze on the London streets, it cannot even be noticed right away! It perfectly merges with other traffic lights of the city due to its structure and color. The flashing lights of this tree do not stand out among the countless metropolis illuminations. The drivers, who saw the tree for the first time, note that the Traffic Light Tree is very similar to the real one, only decorated with flashing lights. Some drivers say that at the first glance they take the Traffic Light Tree for a real one, but hung with lights.

After a while the composition with the traffic lights took a prize at the international competition of contemporary art and became one of the many sights of London. Each British guidebook mentions this sculpture as an interesting touristic sight along with the Tower of London and Big Ben. That’s why it is worth to be visited.

Write your Review on The Traffic Light Tree and become the best user of Bestourism.com

Maps of The Traffic Light Tree 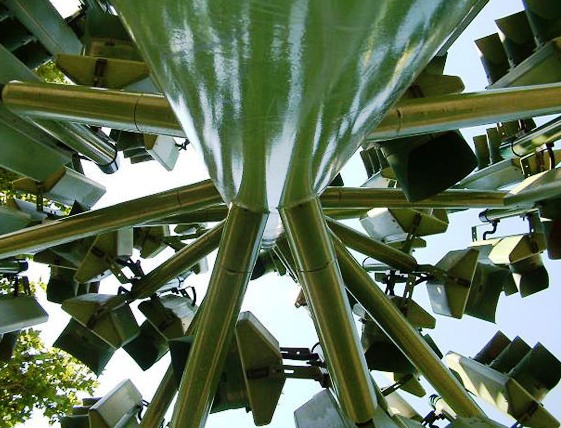 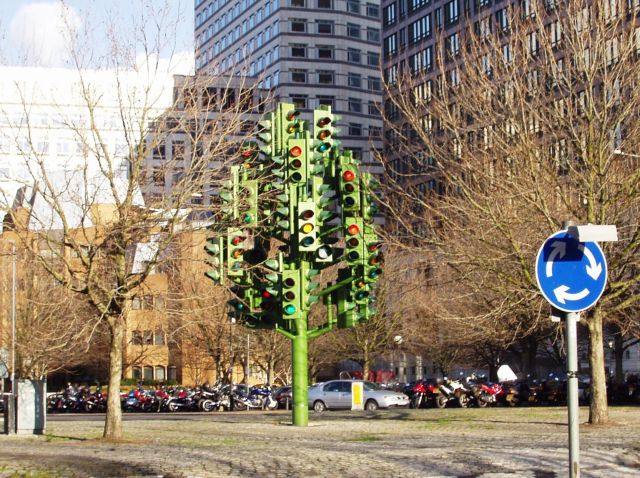 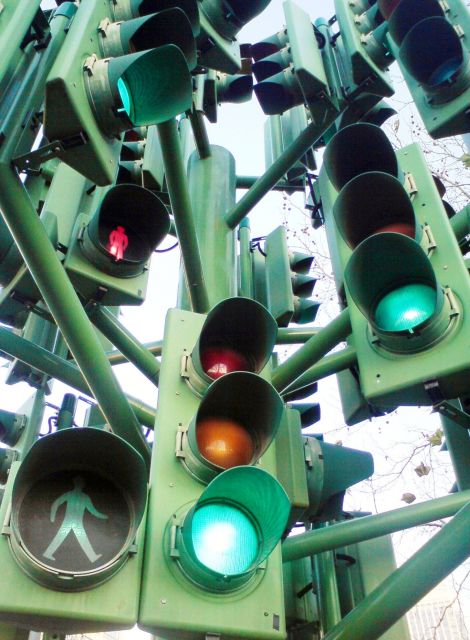 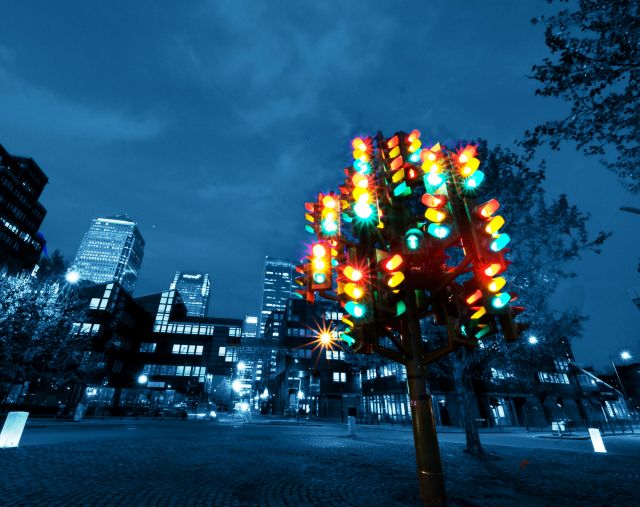