World Tourism / The Most Unusual Churches in the World / Paraportiani Church


The Mykonos Island, located near the southern coast of Attica, and its self-titled major town is notable for its white houses and churches, which simply strew the slopes. The small churches that draw their own crosses and domes upwards are especially amazing in the light of the bright sun.

The residents of Mykonos argue that on their island, 365 churches and chapels, one for each day of the year, are located. The most famous of these is the Paraportiani Church. The church has a unique architecture. It is considered the pearl of the Cycladic architecture. Its characteristic features are the cluster of four whitewashed chapels and a magnificent location on a promontory overlooking the sea.

The church was constructed in 1425 on the site of the one-sided exit of the medieval fortress. The word exit sounds in Greek language like "paraporti", that’s why the church was called Paraportiani. The temple consists of four chapels on the first stairs and one upstairs. A part of the construction was built in 1425, and the rest finished in XVI-XVII centuries.

It was built of stone under the laws of the Byzantine architecture. The laws that were applied during the organization of the internal space, the place where believers gathered. The Byzantine style is indicated by a number of architectural features: the external decorations are completely absent, the only dome is low, massive, and it almost merges with the church itself. This gives the impression of strength, confidence and reliability. The antiquity, purity and ethereal detachment blow from it downright. A small porch outside the church, lined with stone has whitewashed joints. This and the white color of the church look very harmonious. Because of the unusual shape and a traditional Greek whitewash it seems that the temple was made of icing sugar.

Paraportiani Church, like many of the churches, is situated near the port, and perhaps as many of them, was built as a fulfillment of a vow of gratitude for a happy homecoming. The church looks amazing on the background of the eternal heaven, and the eternal sea. It wavers between the two oceans like a snow-white sea gull.

Write your Review on Paraportiani Church and become the best user of Bestourism.com 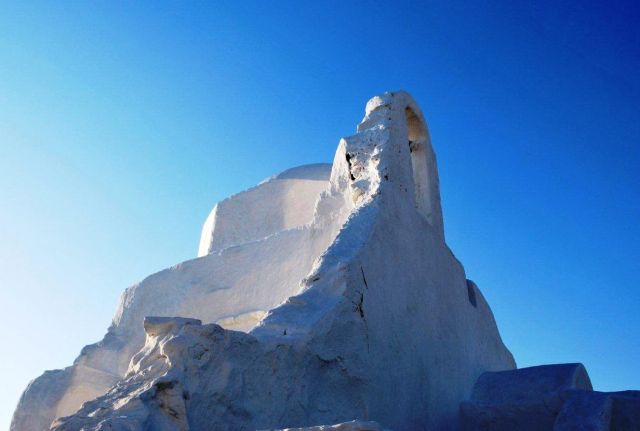 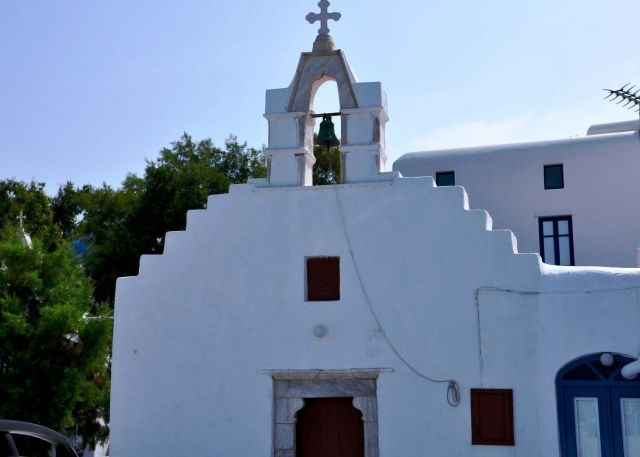 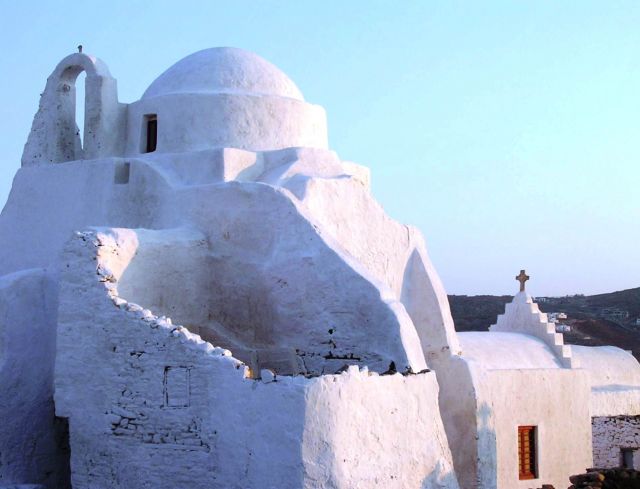 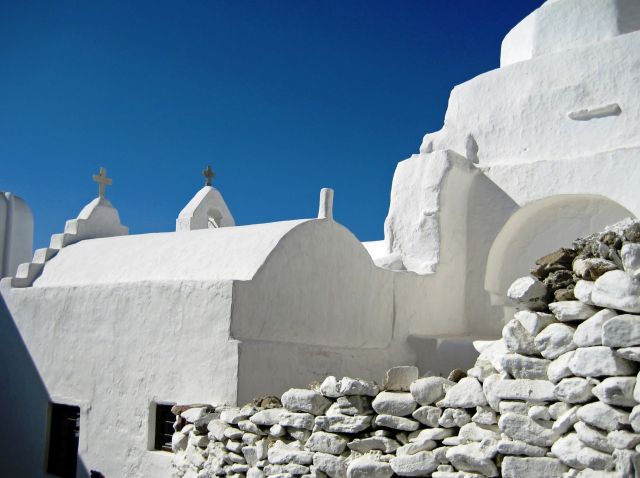 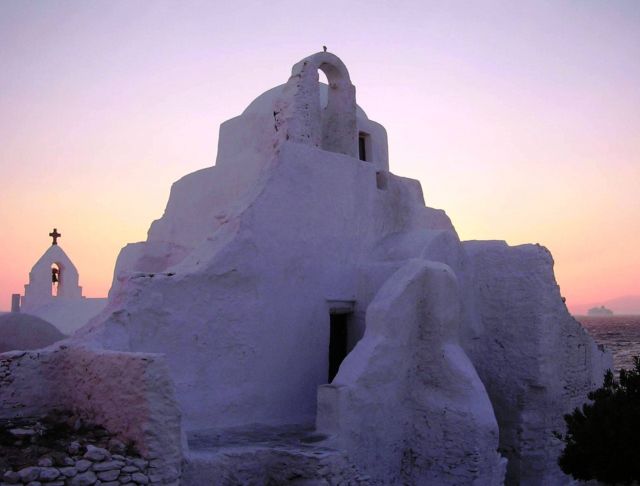